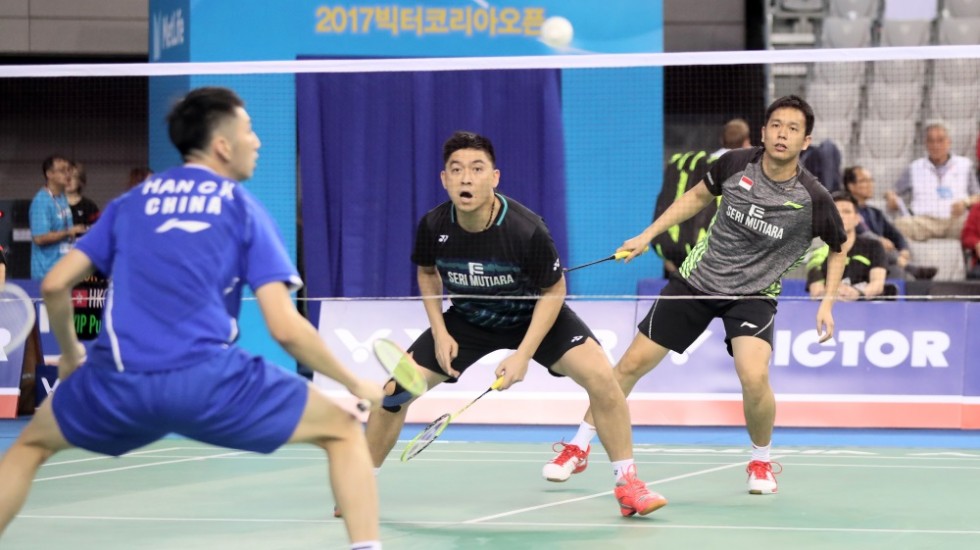 Ygor Coelho de Oliveira became the first Brazilian to win a match in the main draw of a World Superseries when he beat Emil Holst at the Victor Korea Open 2017 today. The Brazilian kept his head despite losing the opening game to Denmark’s Holst and stayed steady through the home stretch to carve out a 15-21 21-15 21-15 victory that gave him a second round appointment against Indonesia’s Jonatan Christie. This is only his second Superseries appearance – he had fallen in the second qualifying round at the Yonex French Open 2016.

“I’m very happy – I’m the first Brazilian to win a match in a Superseries main draw,” said a thrilled Oliveira. “I’m really impressed with my level. Playing the World Championships gave me a lot of confidence. I played three games against World No.3 Shi Yuqi (in Glasgow). I’ve played many players who are of the Superseries level, I’ve played three games with them and that gives me confidence. I have to be patient; I cannot be top 10 or top 20 today or tomorrow.”

The Indonesians, who got together as a pair in May, surprised World No.13 duo Jongkolphan Kititharakul/Rawinda Prajongjai (Thailand) in a hard-fought first round 21-15 24-22.

Korea holds happy memories for Greysia Polii, for two of her most memorable triumphs – the Asian Games 2014 gold medal and the Korea Open 2015 victory – happened here. Currently with a different partner from the one with whom she achieved those triumphs, Polii said they were still establishing their on-court relationship.

“Korea has been one of my best countries, very good memories!”

Polii and Rahayu have a formidable second round ahead, against World Championships runners-up Yuki Fukushima/Sayaka Hirota (Japan). Fukushima and Hirota were among the four Japanese pairs who made the second round; the others being Misaki Matsutomo/Ayaka Takahashi; Shiho Tanaka/Koharu Yonemoto and Wakana Nagahara/Mayu Matsumoto. “We haven’t had much practice together,” said Lim. “We trained for about a week. We were teammates in the league in Malaysia and that’s why we decided to play together. We’ll play the rest of the season and see how it goes.”