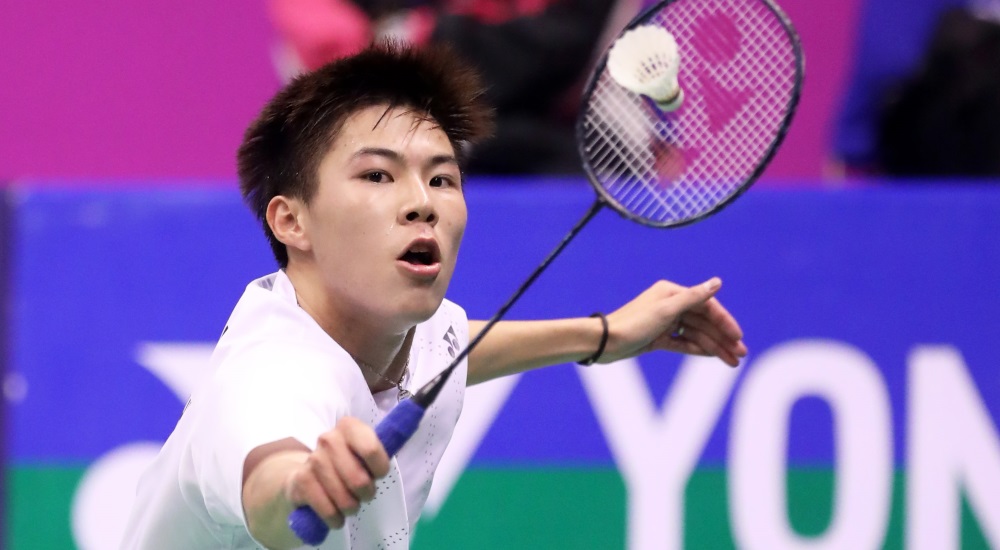 The 20-year-old from Hong Kong (featured image) teetered on the brink of defeat before saving four match points in the final game against Chinese Taipei’s Wang Tzu Wei, to clinch the Grand Prix Gold title 11-21 21-15 22-20.

It capped a fine week for the unseeded Hongkonger, who beat third seed Jonatan Christie (Indonesia) in the second round, seventh seed Sourabh Verma (India) in the quarter-finals, and sixth seed Hsu Jen Hao (Chinese Taipei) in the semi-finals. Top seed Intanon had a smooth ride to the final, dropping only one game – against Indonesia’s Dinar Dyah Ayustine in the quarter-finals, while Kawakami survived a tough three-setter against another Indonesian, Fitriani Fitriani, in the semi-finals. Chen/Wang cruised through the draw without dropping a game.

While Hoo/Woon had a relatively smooth passage to the final, the Japanese were stretched in the quarter-finals by Malaysia’s Joyce Choong/Goh Yea Ching. The first and third games were nerve-wracking affairs with the Malaysians edging ahead in the first, 30-28, and having their chances to take the title with a lead of 19-15 and match point at 20-19. The Japanese however stayed in the contest before pulling off a memorable victory at 28-30 21-11 22-20.

Serasinghe/Mapasa beat two young Chinese pairs on the way to the final – Tan Qiang/Qiao Shijun in the quarter-finals and Zhou Haodong/Xu Ya in the semi-finals.

Ronald and Saufika were pairing up only for the second time, after the SCG Thailand Open 2017. The Indonesians’ toughest test came in the quarter-finals against compatriots Edi Subaktiar/Gloria Emanuelle Widjaja; Ronald and Saufika came through 18-21 21-17 23-21. They then beat Wang Chi-Lin/Wendy Chen (Chinese Taipei/Australia) in three games to book their place in the final.