Dutch international Koen Ridder is the new Chair of the BWF Athletes’ Commission.

Ridder replaces Belgium’s Yuhan Tan whose four-year term on the commission ended in May. Germany’s Marc Zwiebler is the new Vice-Chair.

Ridder was chosen as Chair by fellow commission members after the Athletes’ Commission election which concluded at last month’s TOTAL BWF Sudirman Cup in Gold Coast. He will represent 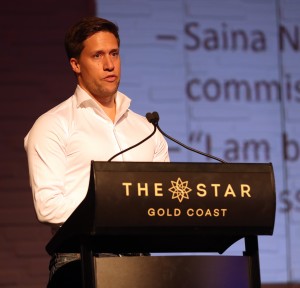 athletes on the BWF Council for the next two years until the end of his four-year term.

“Our players are a key stakeholder within our international federation and it is crucial they have a strong voice at the BWF’s highest level. We look forward to Koen’s fruitful contribution in this regard,” said Høyer, also thanking Tan for his service on athletes’ behalf.

Having been Vice-Chair for the past two years, Ridder said he will draw on that experience as he assumes the helm.

“I worked very closely as Vice-Chair with Yuhan Tan who did a great job. I will use the knowledge which I gained during that time,” said the 32-year-old.

“I want to thank everybody for the co-operation over the past years. It has certainly been a privilege to represent the athletes and I wish the Athletes’ Commission all the best going forward,” he said.