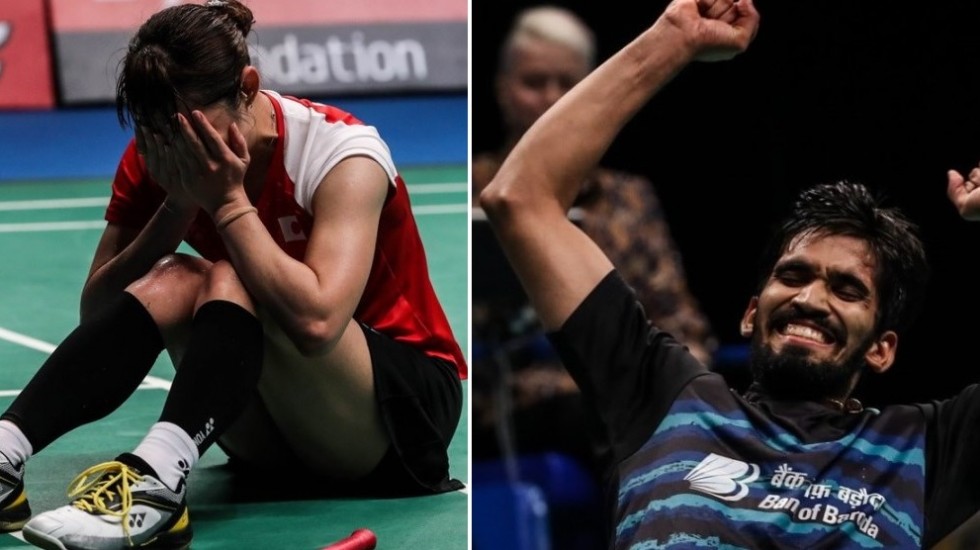 Sayaka Sato savoured the sweetest moment of her winding, and sometimes rocky, career this evening in a badminton heartland that saluted her with a standing ovation in appreciation of all she overcame to triumph at the BCA Indonesia Open 2017.

As Sung Ji Hyun’s shuttle drifted over the baseline to confirm Sato as the new queen of Women’s Singles in Jakarta, the 26-year-old Japanese shrieked in celebration and fell to the court to absorb the magnitude of her achievement – seven years after she was runner-up at the same event and having fought her way back from serious injury and surgery.

As the 21-13 17-21 21-14 scoreline glistened in neon, Sato rose to accept congratulations from her coaches as well as from noisy Indonesians packed inside Jakarta Convention Center; reputed to be among badminton’s most discerning audiences.

“This means a lot to me. In my heart I really wanted to win this title today. I knew it would be tough and it was. In the third game, I was feeling nervous and exhausted but my coaches kept encouraging me, telling me I could do it,” said the first-time Superseries champion.

“In the last 20 minutes, I remembered all the things I have practised and that gave me confidence to fight until the end.”

Sato signalled her determination to get her hands on the title from early, leading the first game from start to finish, moving energetically while Sung – who later admitted fatigue – looked lethargic and unable to come to terms with the conditions. Just when Sato appeared on course for a straight-games victory at 17-14 in the second game, Sung came to life and strangely Sato made a series of errors that helped her Korean rival enormously. Sung snatched the second game with seven unanswered points.

If fans thought that momentum shift would prove decisive, they were again surprised in the third game as Sato regained her composure and took charge with an attacking assault that left a wilting Sung trailing hopelessly. It was clear the No.5 seed had nothing in reserve, having given her all just to push the match the distance. The end came quickly and with it the ultimate validation for Sato’s hard work and commitment to regaining her status among badminton’s best since a serious knee injury that saw her tearfully retire from the quarter-finals of the London 2012 Olympic Games.

A pensive Sung rued her missed opportunity but, as one of the tour’s most consistent performers, she vowed to be back – as soon as this week’s Australia leg of the Superseries in Sydney.

“I am upset I didn’t win. I just didn’t have the necessary endurance today. Sayaka was really fit and very fast. That was the difference,” noted the 25-year-old who has reached the semi-finals of all five Superseries so far this year.

In the Men’s Singles final, Kidambi Srikanth announced his return to near top form, capturing his first Superseries crown since winning on home turf in Delhi in 2015.

Though playing down his chances throughout the rounds, the 24-year-old’s commanding performance, especially in attack, spoke resoundingly – 21-11 21-19 in 37 minutes to dismantle the threat of Japanese journeyman, Kazumasa Sakai. Srikanth took the first game at a canter but he had to work for the second as his opponent showed he merited his place in the signature showdown.

However, utterances of a third game proved premature as Srikanth, who had been 7-12 down, drew level at 13-13. Sakai eked out a few more leads but he could not hold on as Srikanth bore down on the finish line. The Indian would not be denied and completed his mission with his trademark aggression; a smash at net that cannoned into a helpless Sakai.

“This is good for me. It’s been a long time since I won a Superseries event,” declared an exuberant Srikanth, who was sidelined from top-flight badminton for almost six months due to an injury last September.

“It was a fantastic match. I started well and my attack was working well. It’s one of the best things that happened for me in the last week. Sakai has been playing well and has understood the conditions here better than many players. This was a tricky match and I am happy to come out on top.”

Though disappointed to lose, Sakai said he would take the positives from his successful run through the qualifying rounds into the final. Having trained for two years from age 18 at Tangkas badminton club in Indonesia, the 27-year-old was pleased to have his best result in a country that embraced him as a teenager.

“I appreciated all the support I received. It was great to play here,” said the runner-up.