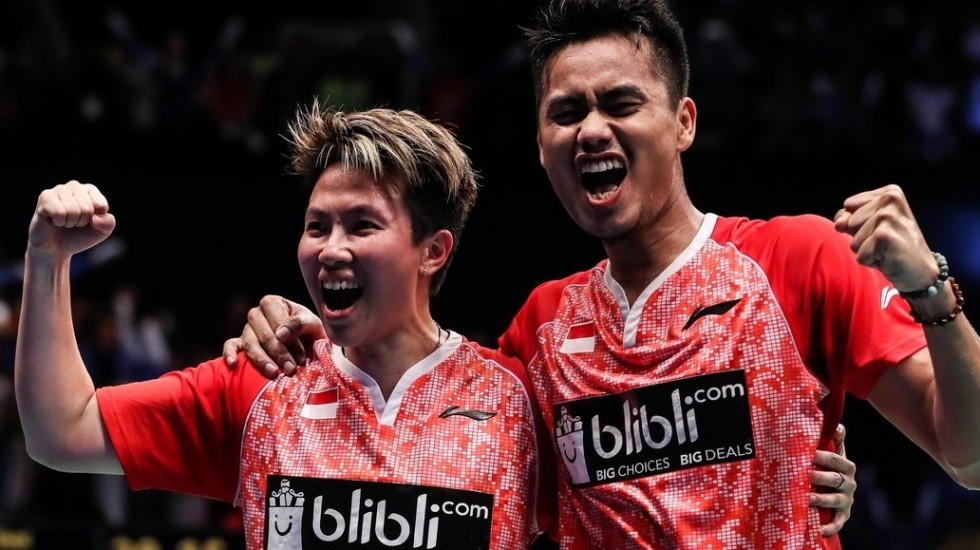 Unbridled celebrations broke out in Jakarta Convention Center as Natsir pounced at net for the winning smash that secured a memorable 22-20 21-15 triumph over China’s young guns and world No.1 pair, Zheng Siwei and Chen Qingchen, in the Mixed Doubles finale of the BCA Indonesia Open 2017.

It had long been a failure that niggled the Rio 2016 Olympic gold medallists – how could they win almost everything else in the badminton world but not conquer their own backyard?

Together they had stomached runners-up disappointment in 2011 and 2012. Natsir had also fallen short on finals day in 2007 with her previous partner, Nova Widianto. They had vowed this occasion would be different – that they would get it right. They would summon every ounce of energy, every bit of skill and all the lessons learnt from countless on-court battles to deliver the prize which their people wanted most.

They knew it wouldn’t be easy. Zheng and Chen have risen to the top quickly, proving themselves steely competitors – and they had already defeated Indonesia’s star act. Much of the match was contested on knife-edge, particularly the crucial first game. Neither pair could get free with a run of points. The action at net was riveting. The experienced Natsir – shrugging off knee problems – staring down the lightning-quick Chen who was leading China’s charge as Zheng struggled to find his usual sharpness. At 20-18, Indonesia had two game points but their rivals struck back. It was then 20-20 and fans were nervous but their heroes held their nerve to grab the lead.

The second game was equally tense but, at 14-14, Indonesia found an extra gear and went clear to seal a victory they will cherish for a long time as the Chinese challenge dwindled.

“This is so emotional for me. We have won so many titles but we had not won in our country. We prepared well and we had the right strategies. We went all out and thank God, we won,” declared a beaming Ahmad.

Boasting Olympic gold and silver, three World Championship titles, an All England hat-trick and much more, there’s not a lot Natsir craves but the 31-year-old was equally ecstatic to deliver in front of her home faithful.

“I am pleased to give this prize to Indonesia. This was a hard match. They are younger than us and stronger than us. The points were tight but we stayed focus. The first game was the key and it was important that we won it,” said Natsir.

Meanwhile, Zheng and Chen conceded they lost crucial points and were somewhat thrown off by the loud spectators, saying they could feel the vibrations from the noise. Like true champions, they promised to return better prepared next time.

Meanwhile, Chen consoled herself with the Women’s Doubles crown, in partnership with Jia Yifan. They withstood Korea’s Chang Ye Na/Lee So Hee, 21-19 15-21 21-10, to clinch their first Superseries Premier title.

There was a similar pattern to the Men’s Doubles final as Li Junhui/Liu Yuchen dropped the second game versus Mathias Boe/Carsten Mogensen of Denmark but rebounded to take the decider with a barrage of big hitting. The imposing Chinese won 21-19 19-21 21-18 over their elder opponents who reclaimed the world No.1 ranking last week.