The stock of two Indonesian doubles pairs rose last night as they entered uncharted territory – the BCA Indonesia Open 2017 semi-finals – much to the delight of their noisy fans.

Those who remained at Jakarta Convention Center past midnight were rewarded with a magnificent comeback by Women’s Doubles pair, Anggia Shitta Awanda and Ni Ketut Mahadewi Istarani, who pulled themselves together after an awful start, to triumph 13-21 21-19 21-11 over Sapsiree Taerattanachai and Puttita Supajirakul.

However, things looked dire when the Thai tandem rocketed to a 16-4 lead, with Taerattanachai operating to devastating effect at net. By contrast, Istarani seemed nervous as she committed a lot of errors, with her partner trying to encourage her to settle down. Even though they lost the opener, there were signs near the end that the Indonesians were getting into the match and finding their rhythm. Their confidence increased in the second game and they duly snatched it from their rivals with four consecutive points to force a decider as the clock headed towards 1 a.m. The momentum swung to the home pair from 6-6 and their advantage widened as they bore down on the finish line; their supporters celebrating in the stands.

“We are excited. We had to push ourselves to the limit. In the first game, we were not focused and we didn’t have the right strategy. We wanted to prove that we could win though we have lost to them before,” said Awanda.

“In the third game, we just played our best. We didn’t expect anything. Communication was the key to us winning this match because we have our coach and each other as motivation.”

Awanda and Istarani will face Chen Qingchen and Jia Yifan in the semi-finals. The Chinese defeated experienced Danes and No.2 seeds, Kamilla Rytter Juhl and Christinna Pedersen, 18-21 21-17 21-11. The other semi-final is between Korea’s in-form partnership – Chang Ye Na/Lee So Hee – and Japan’s Shiho Tanaka/Koharu Yonemoto. 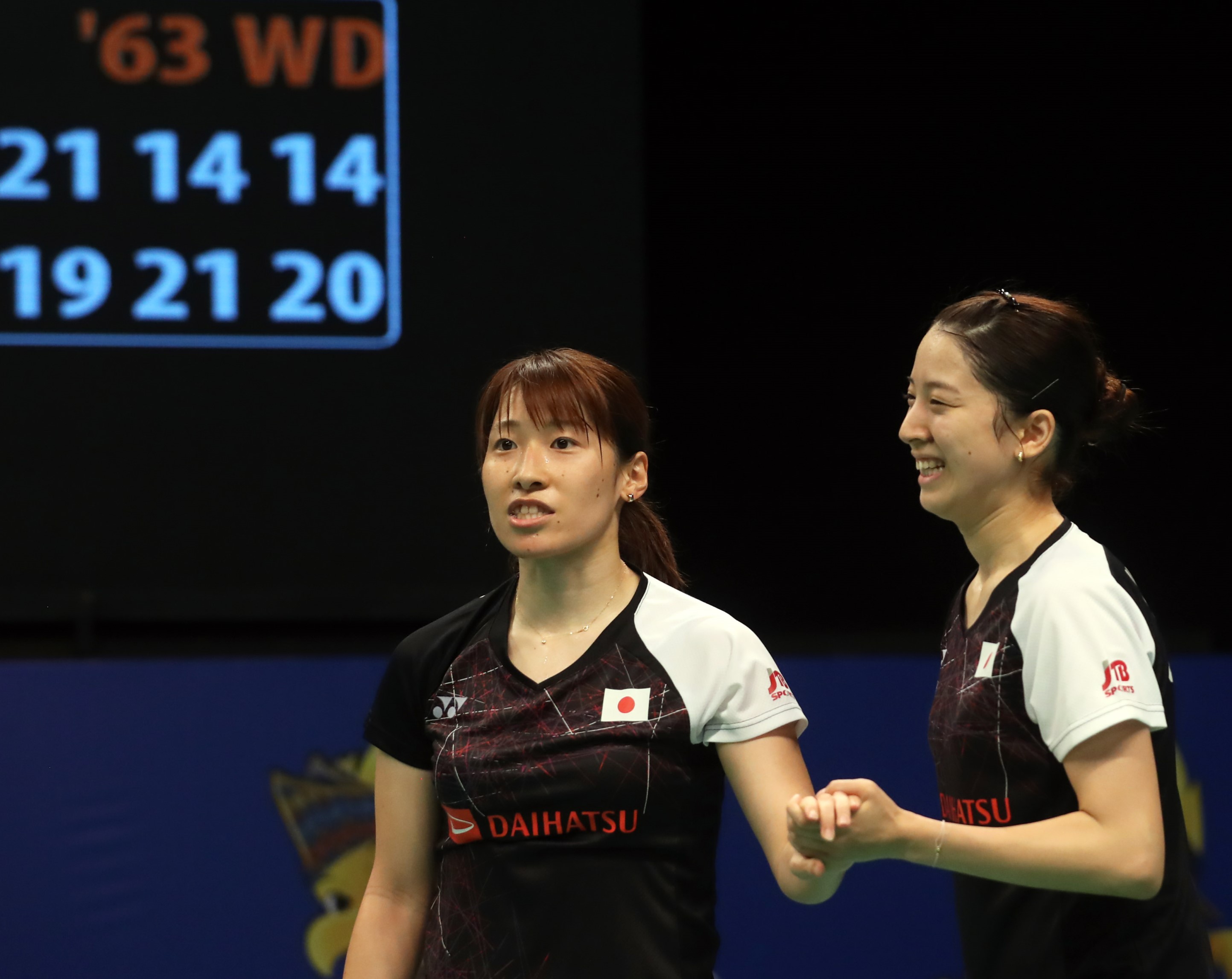 They will clash with No.2 seeds, Mathias Boe and Carsten Mogensen of Denmark, who held off a strong challenge from Russia’s Vladimir Ivanov and Ivan Sozonov in the first game before breezing through the second for a 23-21 21-11 win. Two Chinese units – Li Junhui/Liu Yuchen and Liu Cheng/Zhang Nan – will battle it out for the other spot in tomorrow’s final. No.3 seeds Li and Liu swept past Chinese Taipei’s Lee Jhe-Huei/Lee Yang, 21-12 21-13, while their team-mates quietened lively Japanese duo, Takeshi Kamura and Keigo Sonoda, 21-15 21-15. 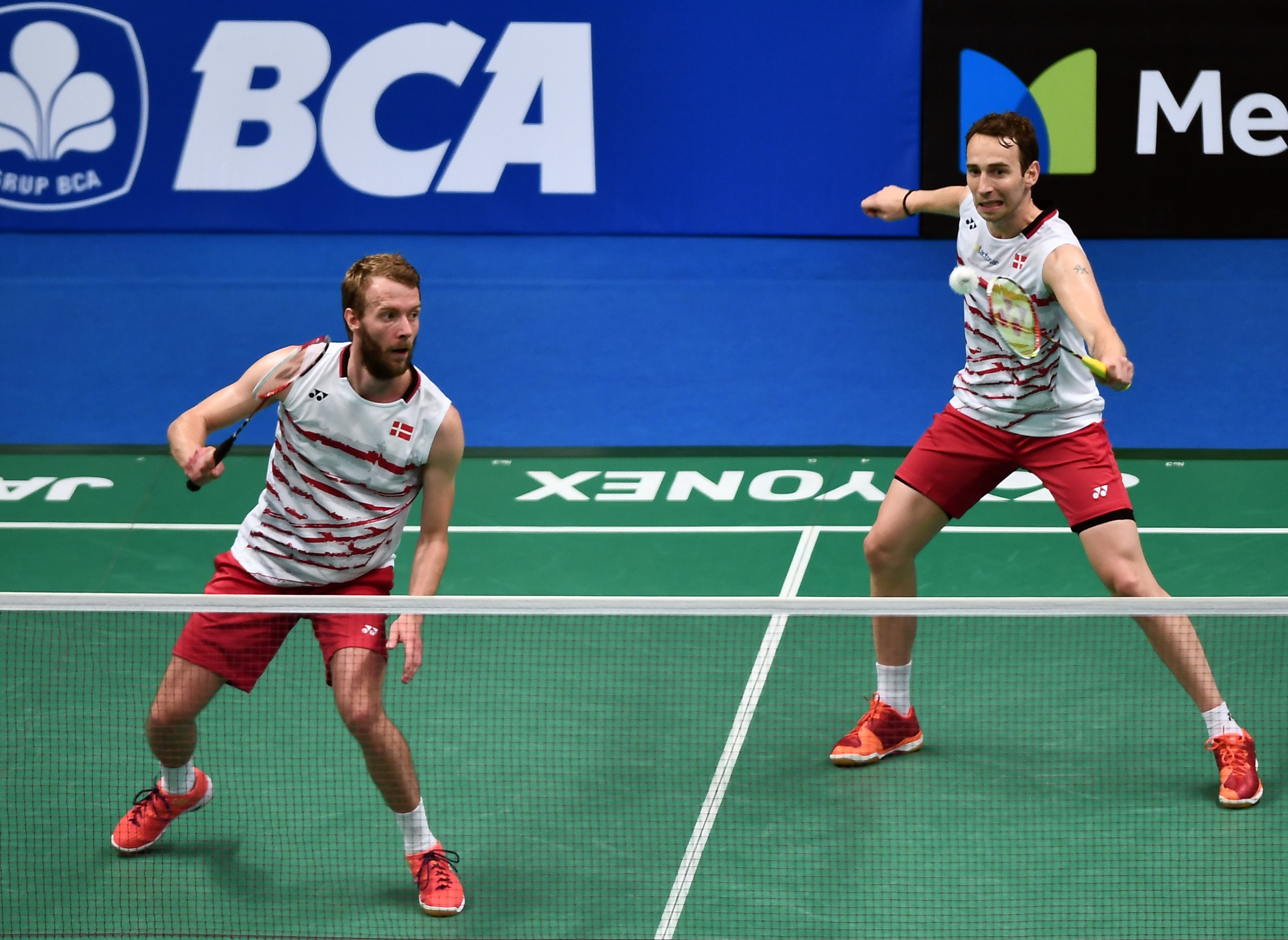 “We should have won in straight games, but when we’re leading at the second game, we played the wrong strategy. We should have been more attacking, but we played defensively instead,” noted Alfian.

“Our target was to reach the semi-final and we made it. But we want more of course. PBSI wanted the Men’s Doubles title but since Marcus and Kevin lost, I hope we can win it. Boe and Mogensen are very good and have a lot of experience. We lost to them at India Grand Prix Gold 2017. We have learnt from our mistakes. We have to be more patient.” 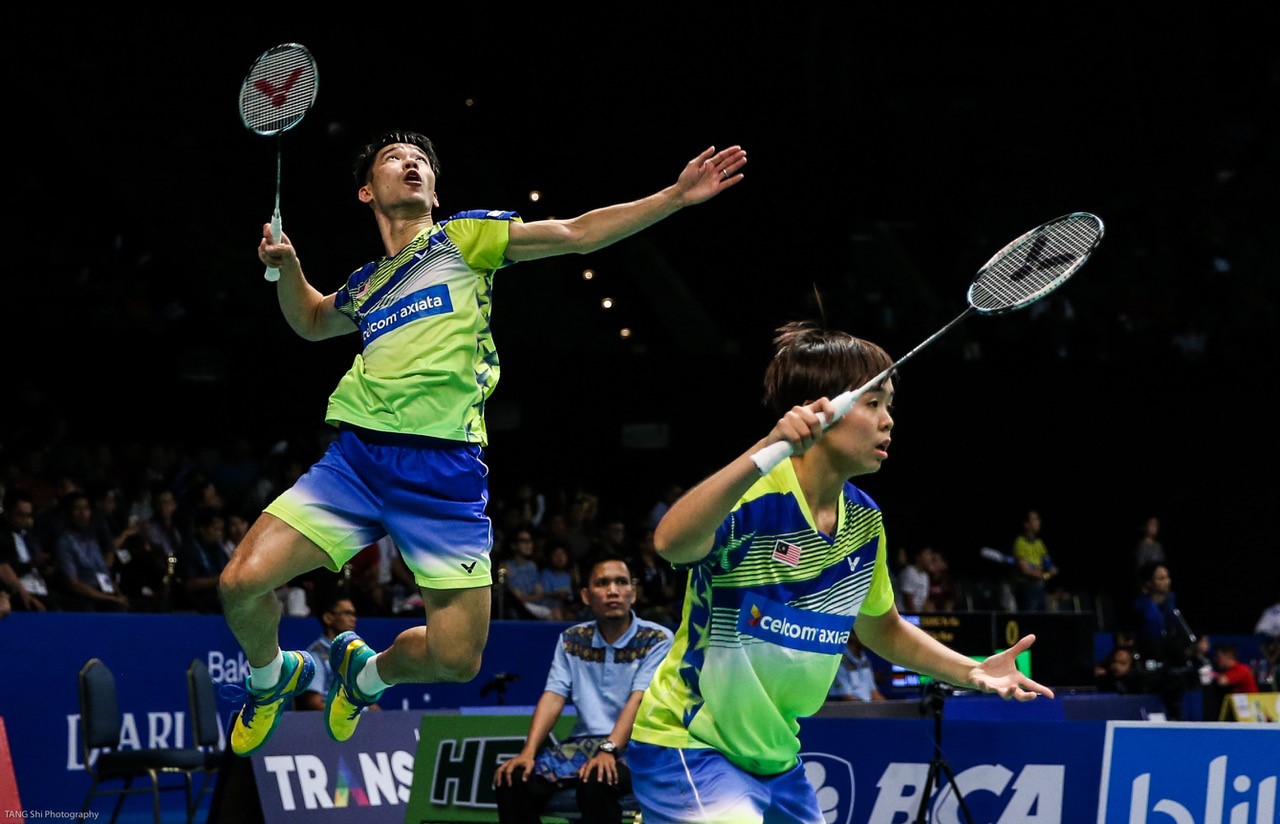 Home hopes will also be high in Mixed Doubles as local darlings and Olympic champions, Tontowi Ahmad and Liliyana Natsir emerged triumphant, 21-18 21-16, versus Malaysia’s Tan Kian Meng/Lai Pei Jing. The latter had their chances but Tan in particular committed a number of errors and was targeted by Ahmad in the latter stage of the first game. Indonesia’s leading duo will face another Malaysian pair, Chan Peng Soon/Peck Yen Wei, in the semi-final. Chan and Peck beat Lu Ching Yao/Chiang Kai Hsin of Chinese Taipei (19-21 21-13 21-13).

The other Mixed Doubles semi-final is an all-China clash featuring top seeds, Zheng Siwei/Chen Qingchen and Liu Yuchen/Tang Jinhua; the latter progressing from the qualification rounds. 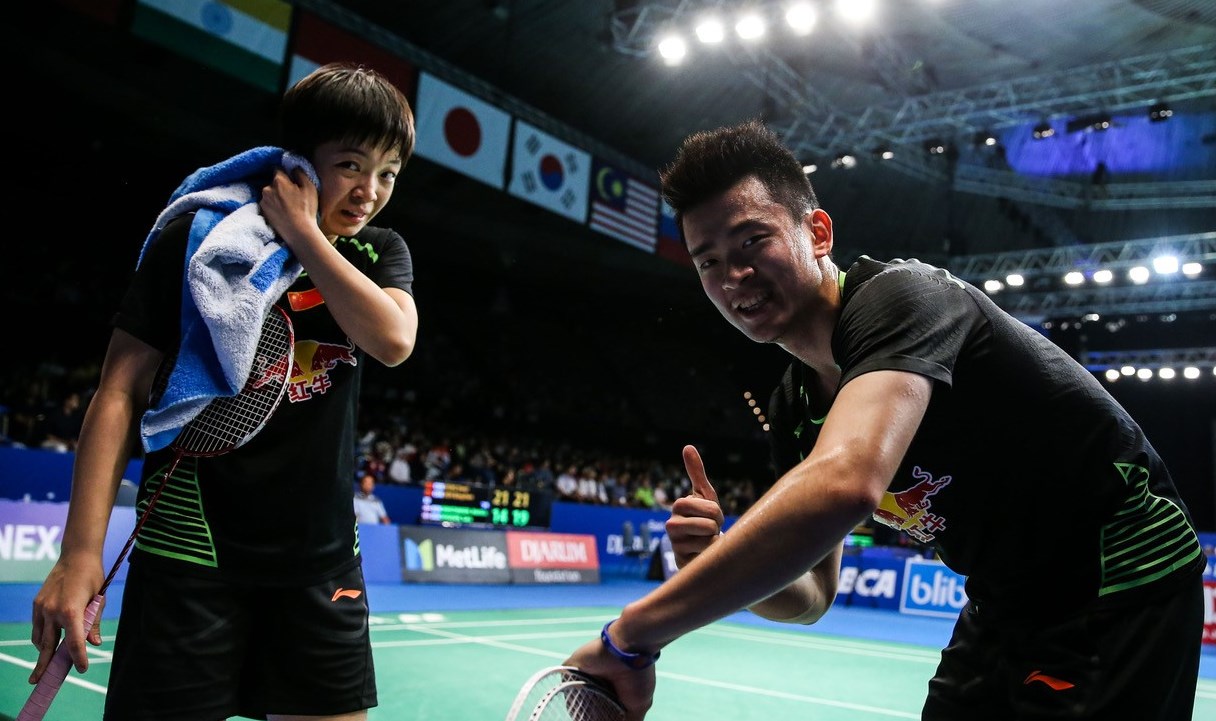