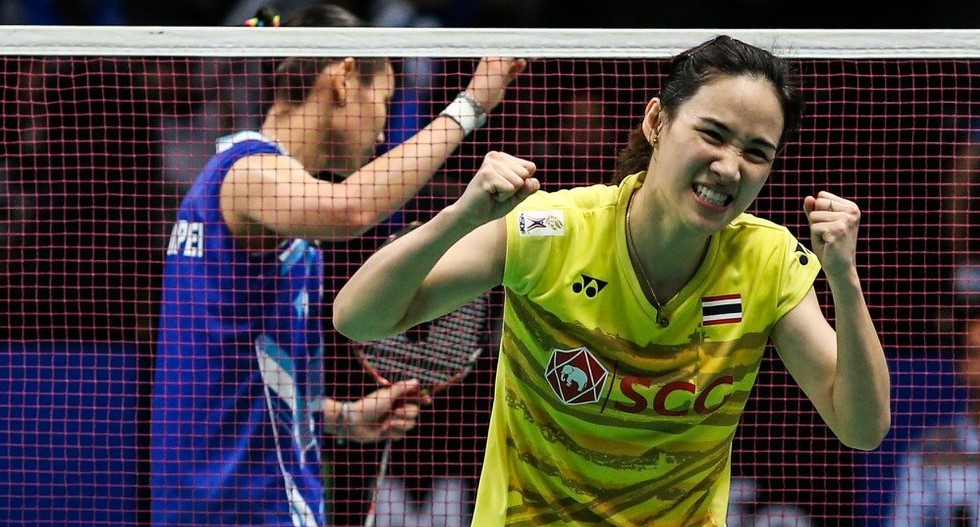 Tai Tzu Ying’s unbelievable Superseries streak ended today at the hands of a player to whom she had never lost before – Nitchaon Jindapol.

An athlete who, on her best day, has upended some of the top Women’s Singles stars, Jindapol (featured image) rose to the challenge at Jakarta 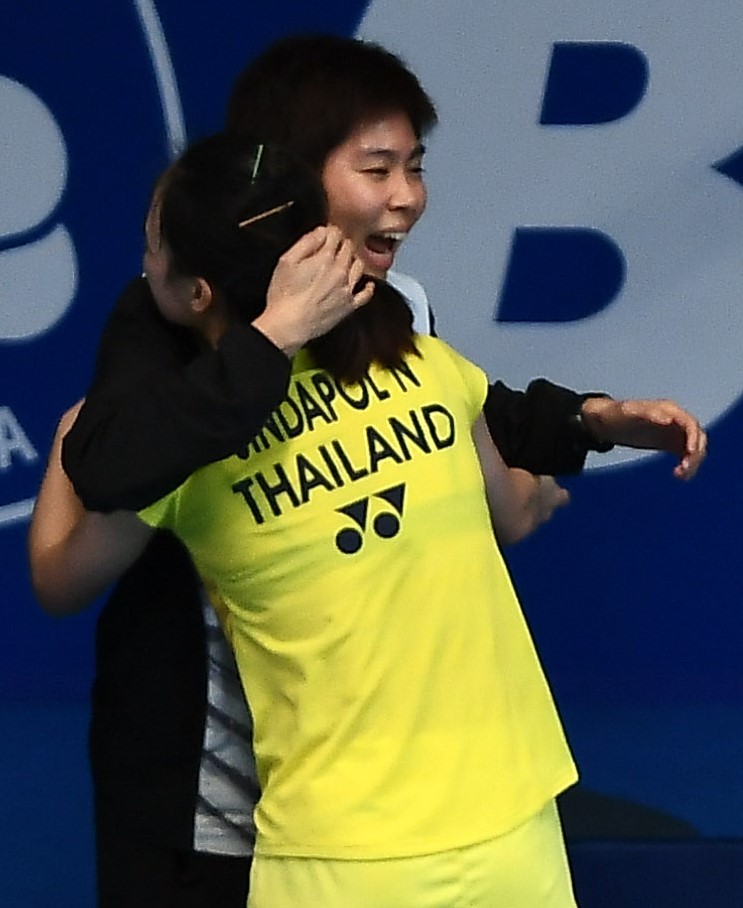 Convention Center; keeping pace with her Chinese Taipei rival in the decider and pulling off some huge shots at critical moments to thwart Tai’s title defence and quest for a sixth straight victory on the MetLife BWF World Superseries circuit.

In a quarter-final that ebbed one way and then the next, the 26-year-old overcame the ailing world No.1 and last season’s Indonesia Open champion, 21-19 8-21 21-17, in an hour. Jindapol eked out the first game only to be blown away in the second as Tai’s stroke-playing prowess came to the fore. However, Tai could not string together a similar run of points in the decider, leading by a maximum of three points at any given time and making some uncharacteristic errors. Gritty Jindapol saw an opportunity at 15-17 down and she grabbed it, with six straight points to snap Tai’s seven-month record. The latter had not lost a Superseries tournament since China last November, though she was beaten by Korea’s Sung Ji Hyun in the round-robin segment of the season-ending Dubai World Superseries Finals before ultimately claiming that prize.

“It’s the first time I beat her and I am really excited. I relaxed and enjoyed the match. Though I lost the second game, I still felt I could win and I just focused on every point. My next goal is to reach the final,” said Jindapol, crediting her coaches for her success. 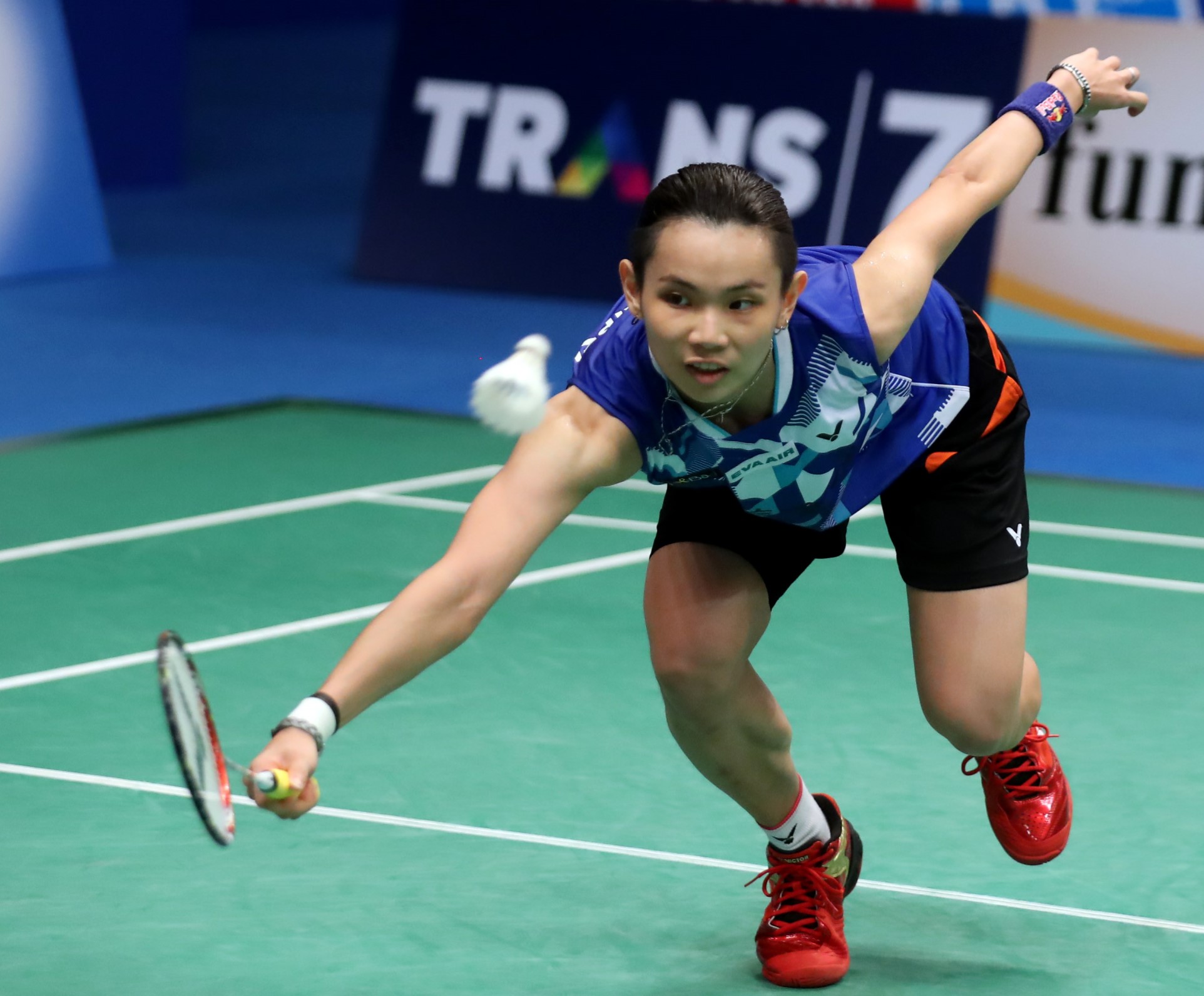 Tai who has been battling flu was not too ruffled by the defeat, though noting she was tired from earlier in the week. The 22-year-old, who was hoping

to celebrate her birthday next Tuesday by retaining her crown, conceded she made more mistakes than usual.

In the semi-finals, Jindapol faces resurgent Japanese Sayaka Sato who beat her compatriot and No.3 seed, Akane Yamaguchi, 21-17 18-21 21-18. Two days older than Jindapol, Sato said she will need to match the Thai athlete’s speed and strength if she is to reach the final.

Meanwhile, Sung Ji Hyun of Korea continued her own remarkable run of reaching all five Superseries semi-finals this season and, with the opponents who have beaten her out of the reckoning, the 25-year-old is keen to land the big prize. Having overcome Chinese teenager, Chen Xiaoxin, in the quarter-final (21-6 21-23 21-14), the No.5 seed now tackles Beiwen Zhang of the USA for a place in Sunday’s finale. The latter impressed against another Chinese competitor, Sun Yu, winning 21-15 21-19.

“I was relieved to win the third game after losing the second game when I was leading. I keep getting to the semi-finals but I want to get to the final and win this tournament. I believe I can,” said 25-year-old Sung.

In Men’s Singles, Kidambi Srikanth and HS Prannoy are within one match of sealing the second successive all-India final of the MetLife BWF World Superseries tour as they progressed, in contrasting fashion, to the semi-finals.

Srikanth, runner-up to team-mate B. Sai Praneeth in April’s OUE Singapore Open 2017, controlled his fate against Chinese Taipei’s Wang Tzu Wei, attacking well en route to a 21-15 21-14 victory. His semi-final opponent is No.2 seed and world No.1, Son Wan Ho. The Korean polished off another 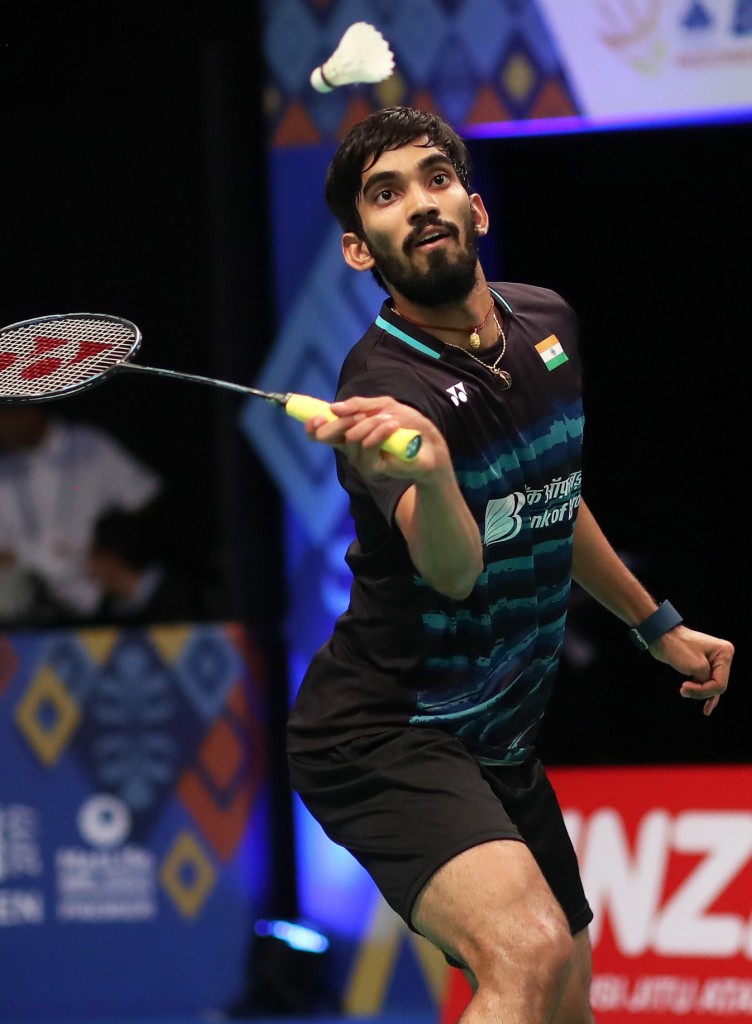 “I was tired after some tough matches but I am happy with how I am performing. My attack was strong and I was able to defend well. Those were the most important things for me,” observed Srikanth.

His room-mate Prannoy enhanced his giant-killing reputation at this event with a first-ever defeat of Olympic champion, Chen Long of China. The 24-year-old came up with the goods at the end of a fascinating 75-minute duel – including a miraculous, reflex return to go 19-17 up – to savour one of the finest moments in his career. The 21-18 16-21 21-19 victory was the result of a steely resolve which saw 24-year-old Prannoy lift his performance and take his chances at just the right time, almost catching Chen by surprise in the last few cat-and-mouse exchanges. As Chen’s shuttle flew wide on match point, the Indian exuberantly flung his arms skyward.

His reward: a Superseries Premier semi-final in one of badminton’s traditional heartlands.

“It was tiring but I am really happy with the way I fought. I believed in myself. Chen Long doesn’t make mistakes easily and he keeps the shuttle inside the court for long periods,” noted 24-year-old Prannoy, attributing his success to better fitness, good coaching and the odd dose of luck. Chen Long saluted his rival’s performance, stating that Prannoy’s level has risen since their previous encounters. The vanquished star was satisfied with his own output, assessing his overall level at 90 per cent.

Across the net from Prannoy in the semi-finals will be another player with his own fairytale. Kazamasa Sakai, a 27-year-old journeyman from Japan, has negotiated his way from the qualifying rounds and today outgunned England’s Rajiv Ouseph, 13-21 21-16 21-10.

Given the demise of Lee Chong Wei, Lin Dan and now Chen Long, Sakai declared “everyone has a chance” and he will try to be atop the winner’s podium on Sunday. 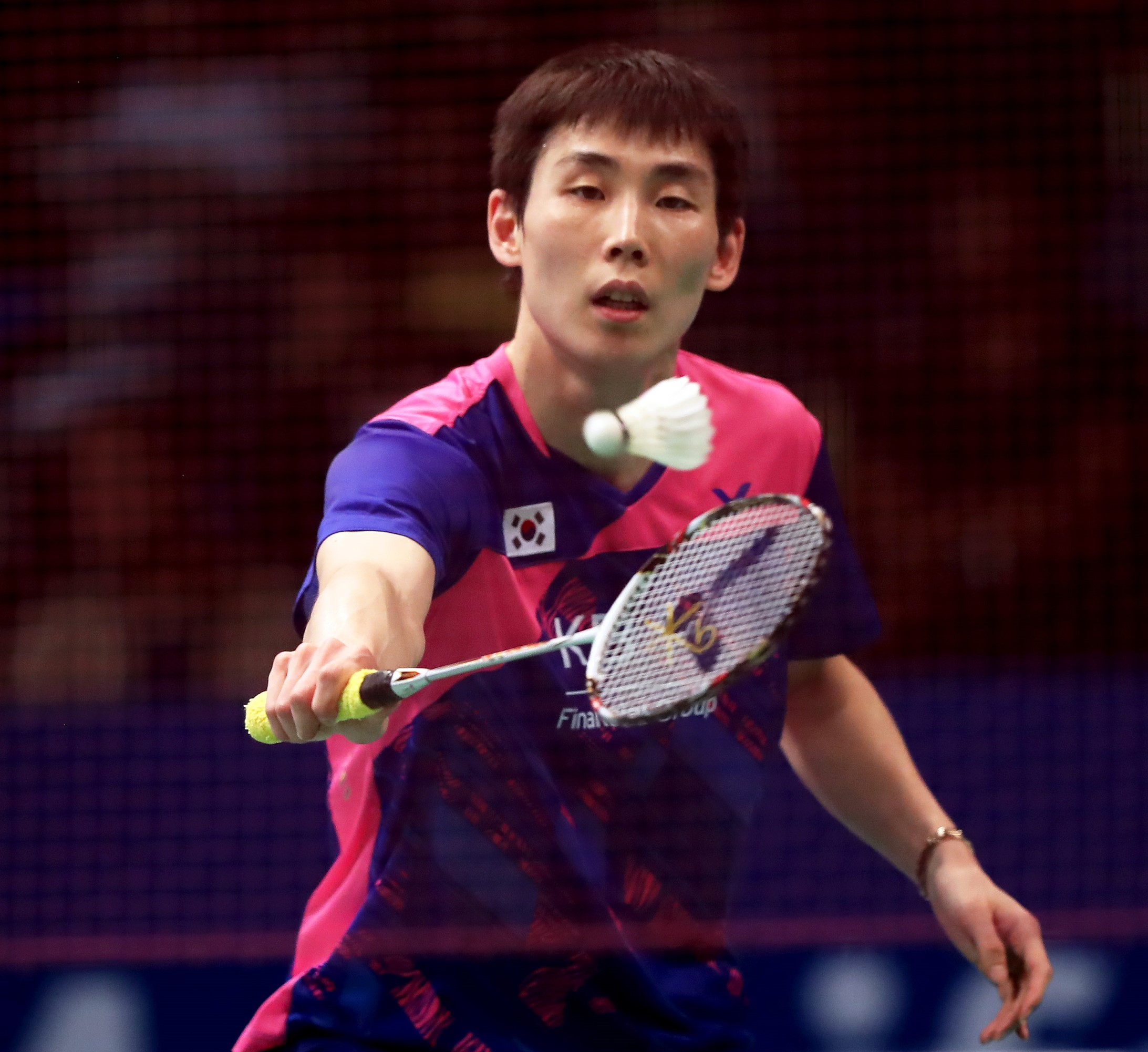