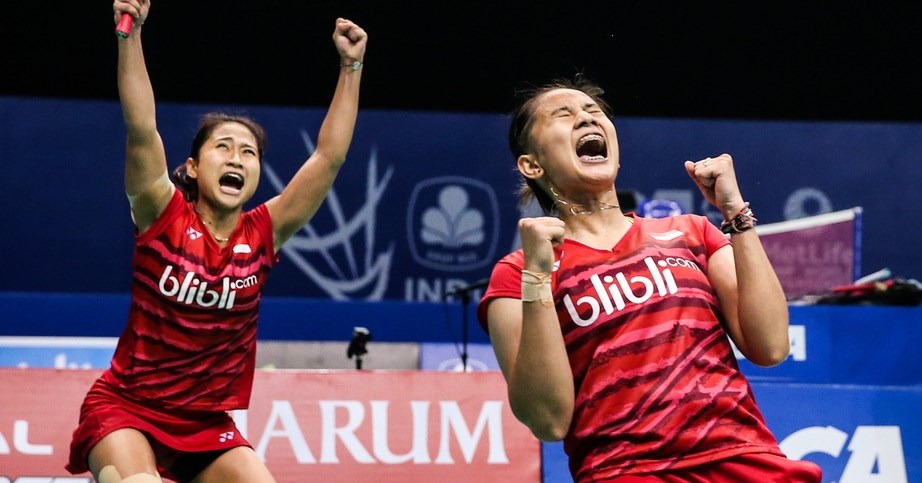 After enduring the loss of some of their star players in the first round, local supporters warmly embraced the dogged performance of Della Destiara

Haris and Rosyita Eka Putri Sari and then the heroics of Anggia Shitta Awanda and Ni Ketut Mahadewi Istarani (featured image) in marathon matches that lasted 90 minutes and 72 minutes respectively.

As they emerged from the rubble of their on-court wars, the Indonesians revelled in the reality that they had laid flat the stellar partnerships of the Luo twins from China – the No.6 seeds – and the No.4 seeds from Korea, Jung Kyung Eun and Shin Seung Chan; last summer’s Olympic bronze medallists.

The feel-good factor in the Indonesian camp was heightened by the hosts’ certainty of quarter-final appearances in Men’s Doubles and Mixed Doubles with two all-Indonesia clashes. Rio 2016 gold medallists Tontowi Ahmad/Liliyana Natsir won the latter contest, 21-17 22-20 against their team-mates Hafiz Faizal and Shela Devi Aulia. In a surprising outcome, Fajar Alfian and Muhammad Rian Ardianto, got the better of Men’s Doubles No.8 seeds, Ricky Karanda Suwardi and Angga Pratama, 21-17 17-21 21-15. 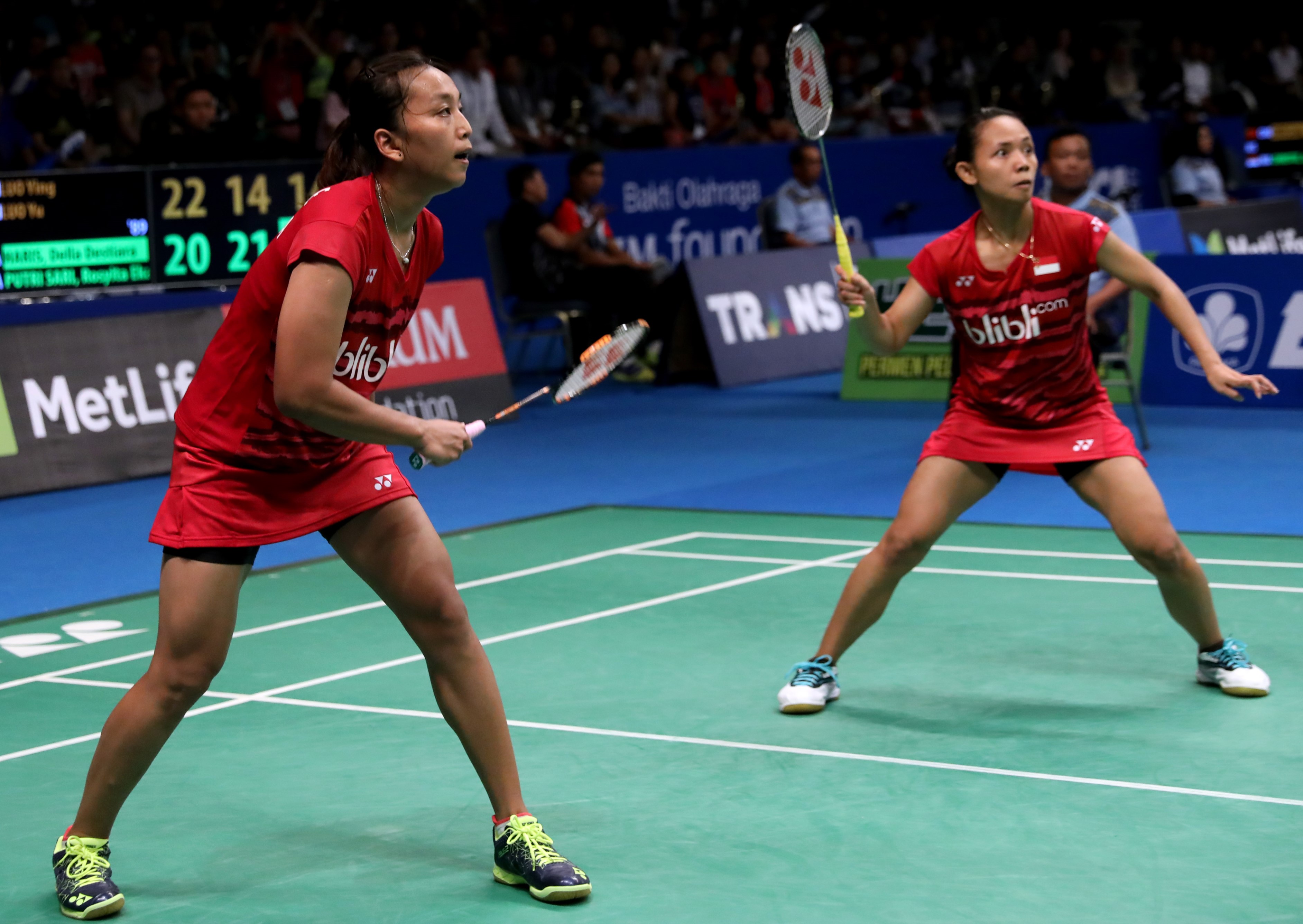 However, it was the stand-out results of the Indonesian women’s pairs which took pride of place at Jakarta Convention Center. Haris and Sari came from a game down to defeat Luo Ying and Luo Yu (20-22 21-14 21-14) – raising their level to dominate the second and third games after losing a tight first game.

“It was a very long match. They played a lot of rallies so we needed to be patient. Tomorrow we’ll meet Chang Ye Na/Lee So Hee, who just beat our friends, Greysia (Polii) and Apriyani (Rahayu). We’ll discuss our strategy with our coach and the other players. We will need a lot of stamina for that match,” said Haris. 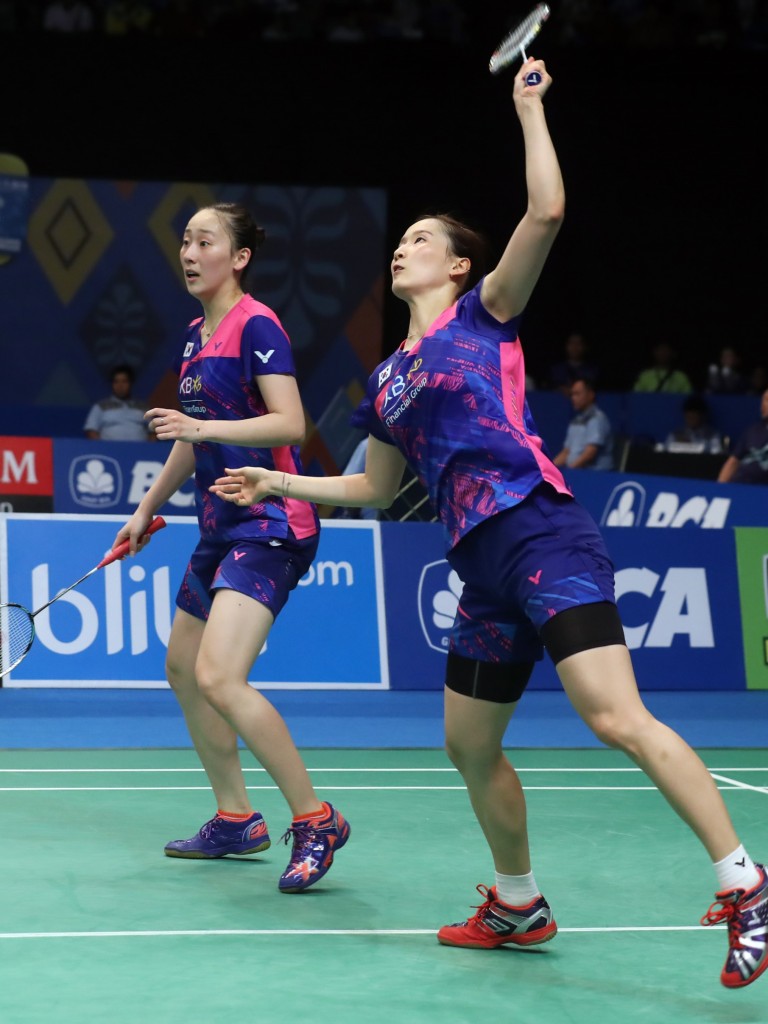 Meanwhile, Awanda and Istarani were thrilled to defeat Jung and Shin – 21-15 12-21 21-15 – for the second time and lift the profile of Indonesia’s Women’s Doubles players.

“Our motivation is to bring Women’s Doubles to the standard of our Men’s Doubles and to be among the best,” said Awanda.

She and her partner face Puttita Supajirakul and Sapsiree Taerattanachai of Thailand for a semi-final place. The other Women’s Doubles matches pit No.2 seeds, Kamilla Rytter Juhl/Christinna Pedersen of Denmark against China’s No.5 seeds, Chen Qingchen/Jia Yifan, and Japanese team-mates Yuki Fukushima/Sayaka Hirota and No. 8 seeds, Shiho Tanaka/Koharu Yonemoto, against each other.

“We had not been playing well before we came here so we are happy. This is a great performance for us. The first three shots in each point were really important,” said the winners. 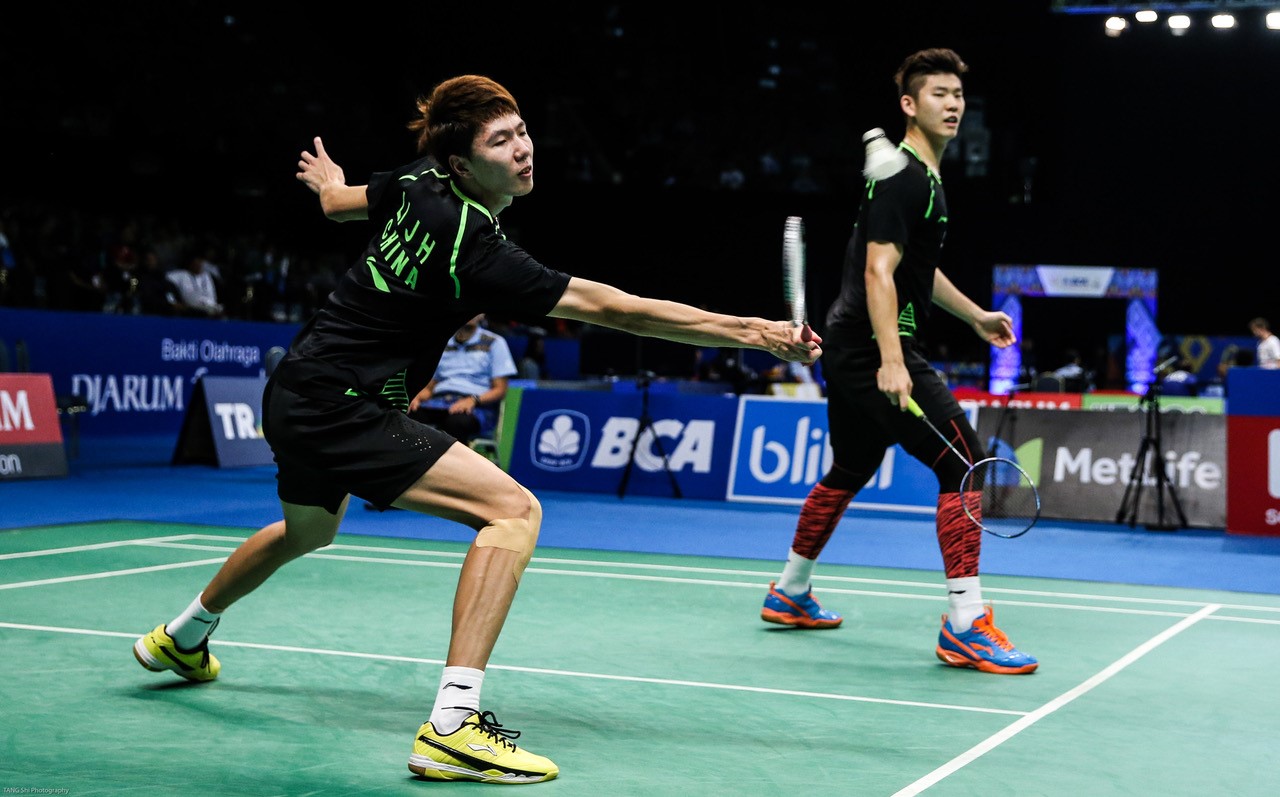 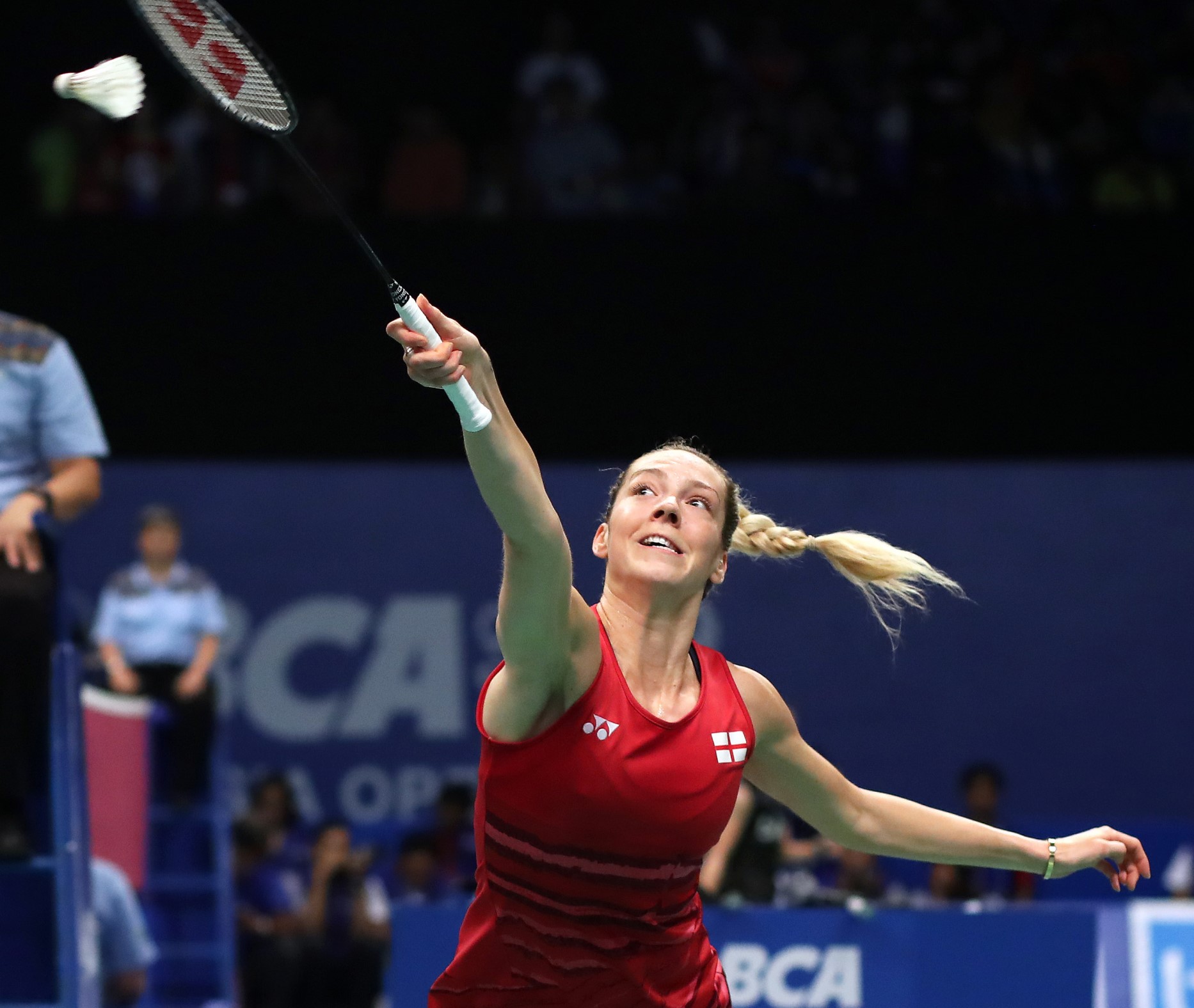 “It’s amazing. This is our first time reaching a Superseries Premier quarter-finals together. This is really big for us. The drift is a bit of a challenge but not a huge problem. You just have to think more about what you want to do with the shuttle,” said an elated Thygesen.