Wang Tzu Wei and Emil Holst downed two of the Men’s Singles favourites at the BCA Indonesia Open 2017 this evening – eliminating Lin Dan and Viktor Axelsen from the Superseries Premier in the first round.

In both instances, the underdogs withstood attempted comebacks by their stellar opponents to record what both described as the biggest wins of their 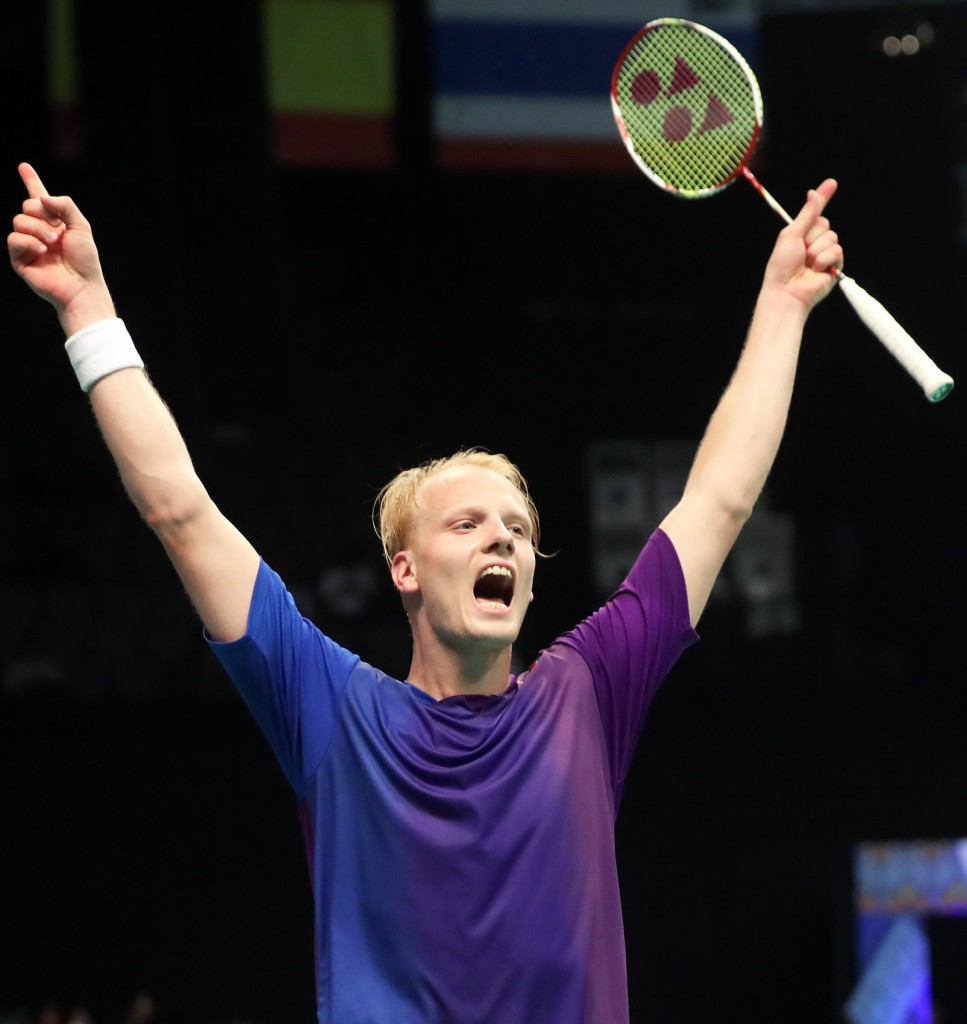 careers. Holst who revelled in the windy conditions in Jakarta Convention Center held off his Danish team-mate, 21-12 12-21 21-17, to advance to a second-round clash with Japan’s Kazumasa Sakai. Meanwhile, Wang (featured image) bravely thwarted Lin’s nine-point run as the Chinese superstar blazed from 9-19 down in the second game to 18-19 before Wang stepped up his attack to clinch the last two points. The Chinese Taipei player prevailed 21-16 21-18 over the No.7 seed and now tackles Ng Ka Long from Hong Kong for a quarter-final berth.

“I wanted to win quickly because he is a top player and he was catching up. I wasn’t focusing properly,” admitted Wang of his mindset in the final stages.

“I didn’t think about how far I could go in this event. My preparation was just about playing Lin Dan. Now I can think further.” 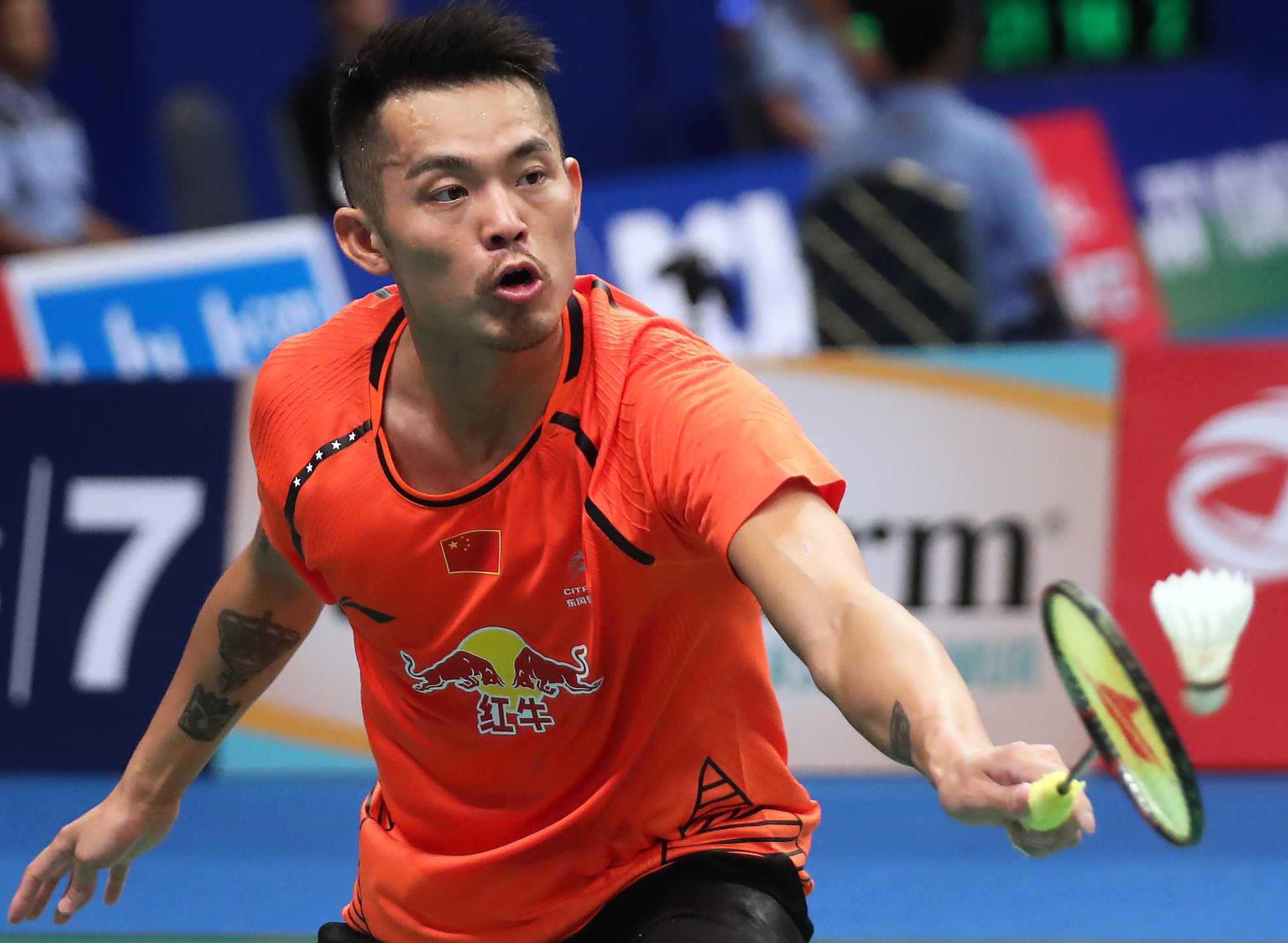 Lin Dan, who mesmerised fans with some dazzling and clinical shots as he fought to get back into the match, held a four-point lead at the first-game interval but made a flurry of errors thereafter that allowed Wang to seize the momentum. In the second game, Lin said he was trying to attack but the drift made it difficult. Having nothing to lose, given Wang’s 19-9 lead, the two-time Olympic champion relaxed and started to play better – but it was a little too late.

By contrast, No.3 seed Axelsen actually got back into contention versus Holst, taking the second game, and being neck-and-neck in scoring until halfway through the decider. At 13-13, Holst pressed ahead to seal his first win over his more illustrious compatriot.

“This is a big win for me. I tried to unsettle him in attack and to be very good in defence. I like to play in wind. You have to think a lot about where to put each shot. It’s tricky,” said 26-year-old Holst who has team-mates Jan Jorgensen and Anders Antonsen for company in the second round.

“I hope I can go on from here but in Men’s Singles everybody is good so I will have to play as well as I did today.” 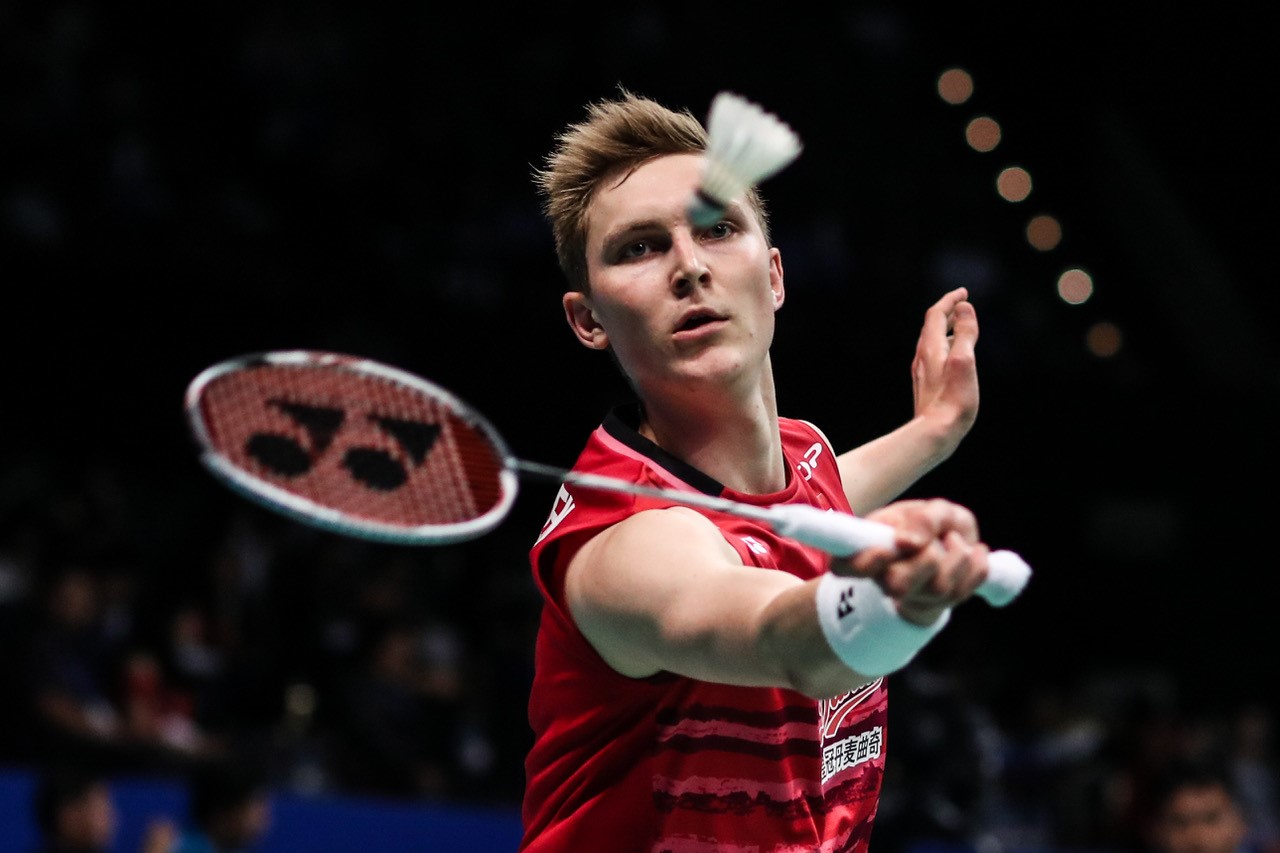 Axelsen acknowledged his team-mate was the better player on the day and expressed dissatisfaction with his own level.

“I stood too far back in the third game. I made bad mistakes and I was predictable,” said the Olympic bronze medallist.

Meanwhile, top seed and defending champion, Lee Chong Wei, brushed off the loss of the first game to maintain his perfect record against Tommy Sugiarto. The 34-year-old Malaysian won 13-21 21-10 21-18 to stretch his head-to-head to 15-0 versus his Indonesian rival. Tomorrow Lee faces HS Prannoy who dashed another Indonesian’s hopes as he defeated Anthony Ginting, 21-13 21-18. 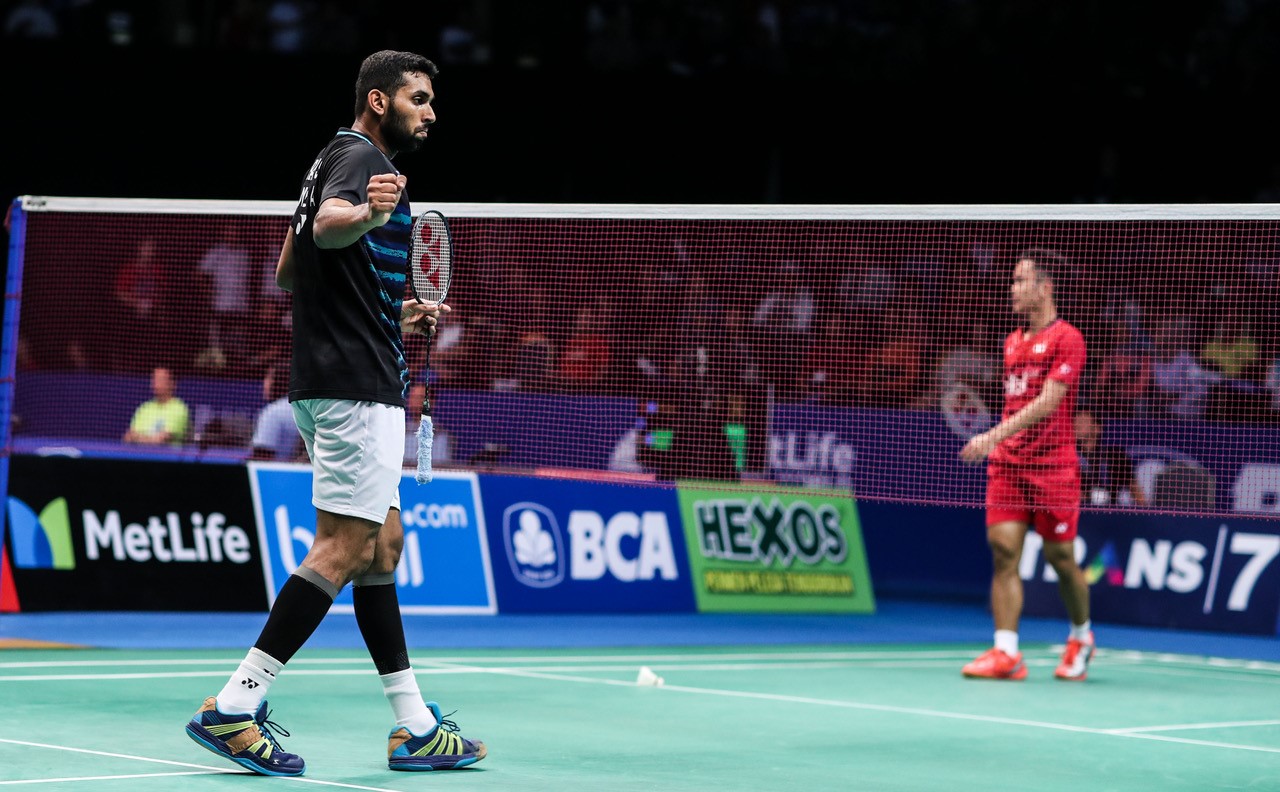 “I took a break after India Open and now I am fresh and raring to go. I was pleased with my match today, though the wind was not consistent but we all have to deal with it. I am looking forward to playing Lee Chong Wei. I will give it my best,” said the 25-year-old. 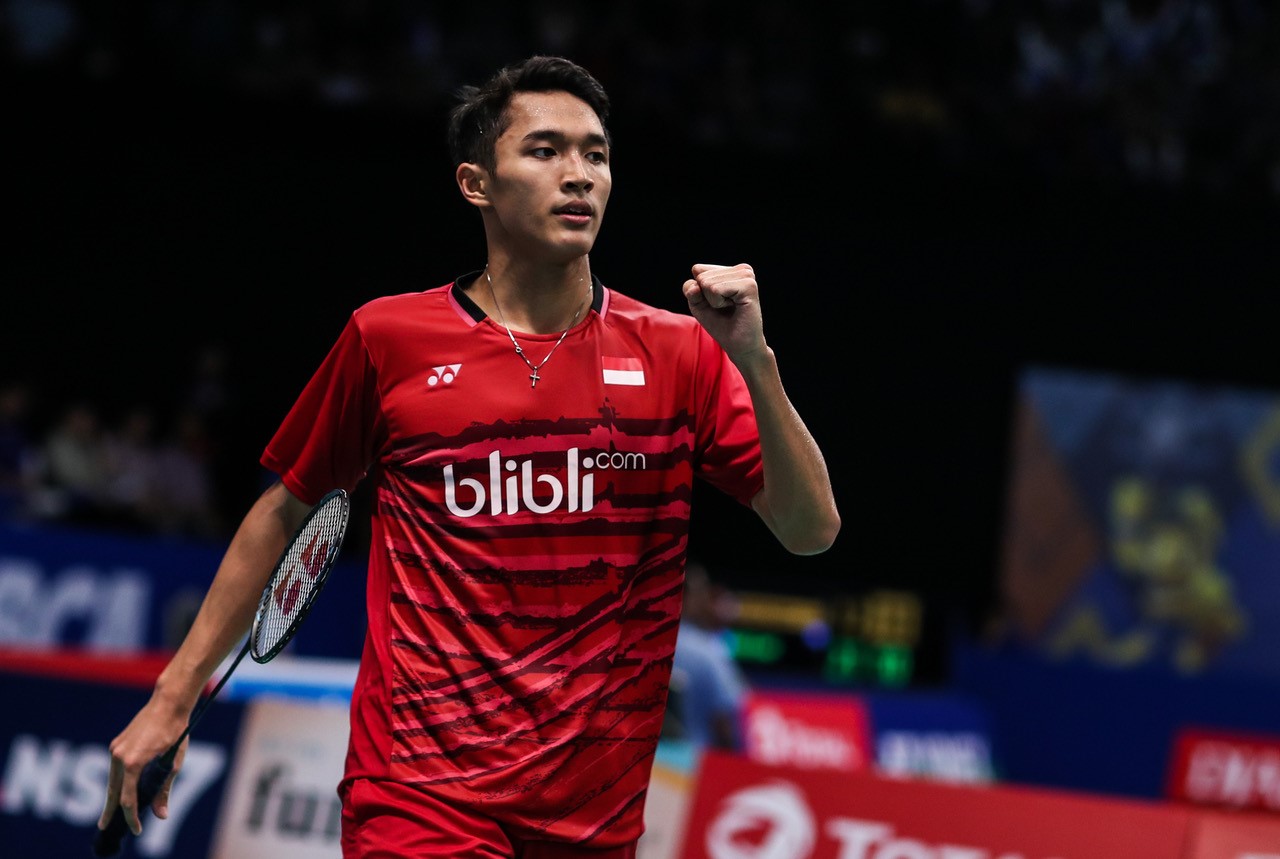