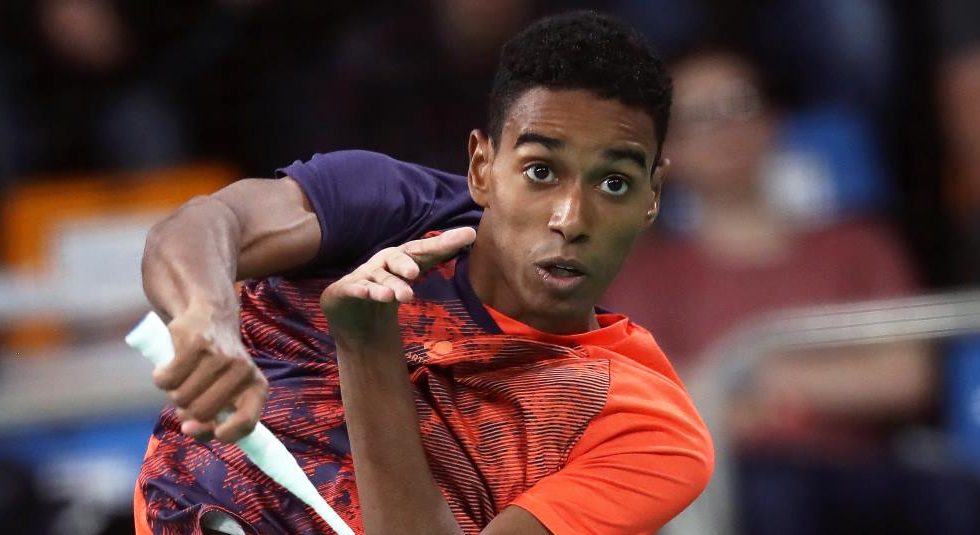 Honderich pocketed a double as she won the Women’s Singles title beating compatriot Brittney Tam and the Mixed Doubles title with Toby Ng to help Canada win four of the five titles at stake. Honderich won an easy first game in the Women’s Singles final but Tam fought back to level before Honderich once again asserted her dominance to win 21-8 12-21 21-7.

Honderich faced Tam once again in the Mixed Doubles final as she and Toby Ng took on Tam and Nyl Yakura. It turned out to be a one-sided battle as Ng/Honderich outclassed their opponents 21-13 21-14. Men’s Singles top seed Oliveira (featured image) recovered from an early setback to clinch the title over Cuba’s Osleni Guerrero. The Cuban struck first blood, taking the game at 12, before Oliveira found his rhythm and wrapped the match up 12-21 21-16 21-10.

Canada’s Jason Anthony Ho-Shue and Nyl Yakura overcame resistance from compatriots Austin James Bauer/Ty Alexander Lindeman in the first game before powering through in the second to claim the Men’s Doubles crown 21-18 21-6.