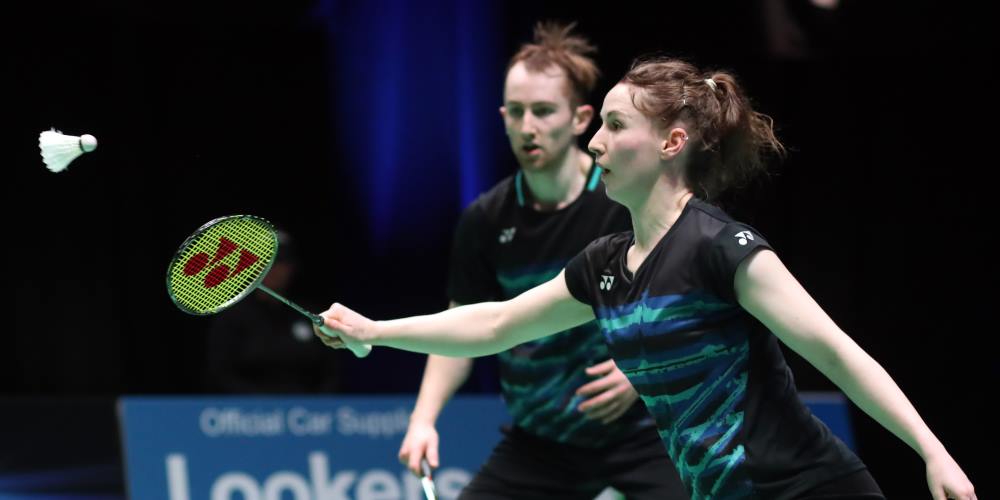 Mixed Doubles fifth seeds Jacco Arends and Selena Piek were upset on the opening day of the 2017 European Championships in Kolding, Denmark, yesterday.

Dutch duo Arends and Piek lost the first game to Ireland’s Sam Magee/Chloe Magee 21-17 but were more combative in the second, which was a thriller all the way. From 9-all, neither pair had a lead of more than a point until 21-all, after which the Magees (featured image) got two in a row to take the match 21-17 23-21.

There were no other upsets in the category, with favoured pairs like top seeds Joachim Fischer In Men’s Singles, England’s Toby Penty battled past Germany’s Kai Schaefer in the first game before easing through in the end, 26-24 21-14. Ireland’s Scott Evans also had a tough early battle on his hands before overcoming Croatia’s Zvonimir Durkinjak 13-21 21-17 21-17. Others who earned three-game victories were Finland’s Kalle Koljonen over Netherlands’s Nick Fransman and France’s Toma Junior Popov over Ukraine’s Artem Pochtarov.

Among the close encounters in Women’s Singles was between Ireland’s Rachael Darragh and Belgium’s Flore Vandenhoucke. Darragh took the first game after saving a game point. In the second, she had two match points but Vandenhoucke equalised at 20-all before Darragh recovered to take the match 23-21 22-20.