They have claimed several honours all over the world but veteran campaigners, Kamilla Rytter Juhl/Christinna Pedersen and Mathias Boe/Carsten Mogensen, today delighted in their first victories in the Lion City at the OUE Singapore Open 2017.

It was a memorable double for Denmark, particularly in the way it was achieved – its Women’s Doubles pair having to beat the best in Asia for the crown while their Men’s Doubles peers taught the youngsters among them a few lessons.

Always up for a challenge, Rytter Juhl and Pedersen (featured image) – who joked about going to the beach if they got knocked out early – surmounted one last hurdle in the final, outgunning Olympic gold medallists, Misaki Matsutomo/Ayaka Takahashi of Japan, 21-18 14-21 21-15, to land the big prize at Singapore Indoor Stadium. The result capped a remarkable week for the European bigwigs in which they were tested by rivals from China, Japan and Korea before finally conquering the world No.1 duo and top seeds. 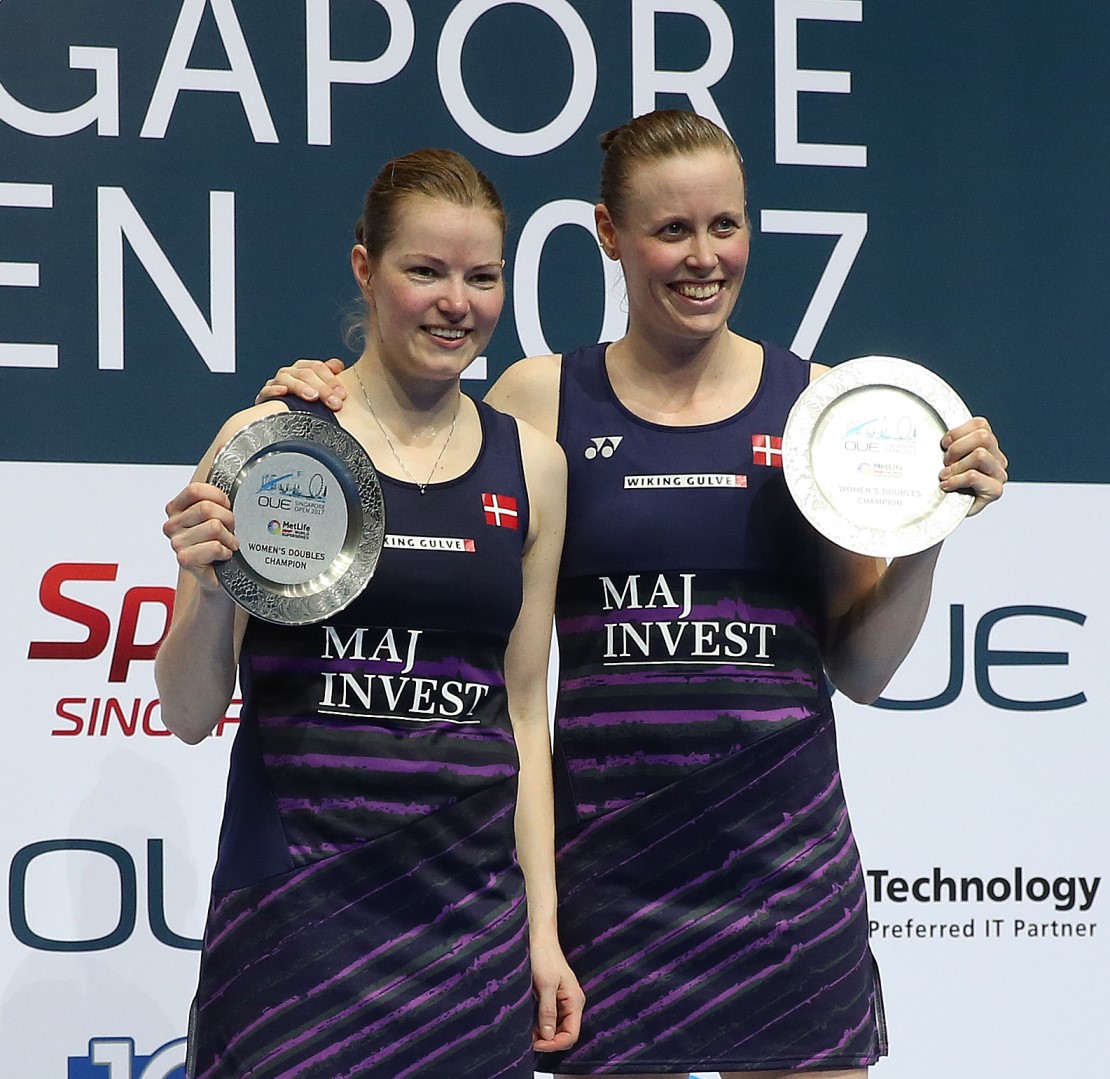 “We always love to play finals and to play the Japanese girls. It’s great to challenge the world No.1. We talked about enjoying this final and we really did. We started on the good side, with the drift at the back. We have a really strong attack when we are playing on that side. It was very important for us to take that first game,” said Rytter Juhl.

Having lost the second game, the Danes switched back to the “good side” and capitalised on that by grabbing an 11-5 lead before changing sides for the last time. While Japan did their best to make inroads, it was too little, too late and yet again they finished runners-up. 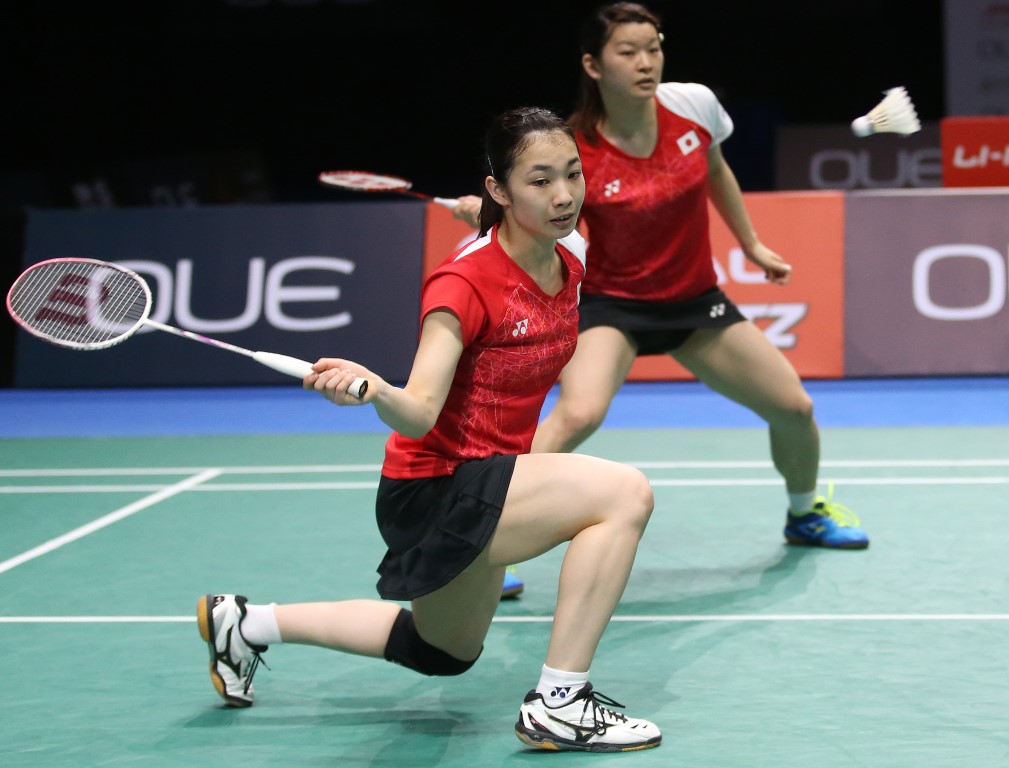 A frustrated Takahashi candidly stated they were powerless against their opponents’ attack while Matsutomo sought to find the bright side, noting she made progress with some new tactics.

“I couldn’t do anything. I was not satisfied at all, particularly with my offensive side. I saw that the Danish pair was very aggressive in yesterday’s match (semi-final), and we were trying to match their aggressiveness but the environment in the stadium made it difficult, with the drift,” said Takahashi, adding they are trying to regain the form that won them the Rio 2016 crown.

Meanwhile, Boe and Mogensen again dished out a harsh lesson to the youngsters on the Men’s Doubles block, trouncing Li Junhui and Liu Yuchen, 21-13 21-14.

“We played an almost flawless match. Li and Liu have been doing very well in the last year so to beat them is extremely difficult,” noted Boe. 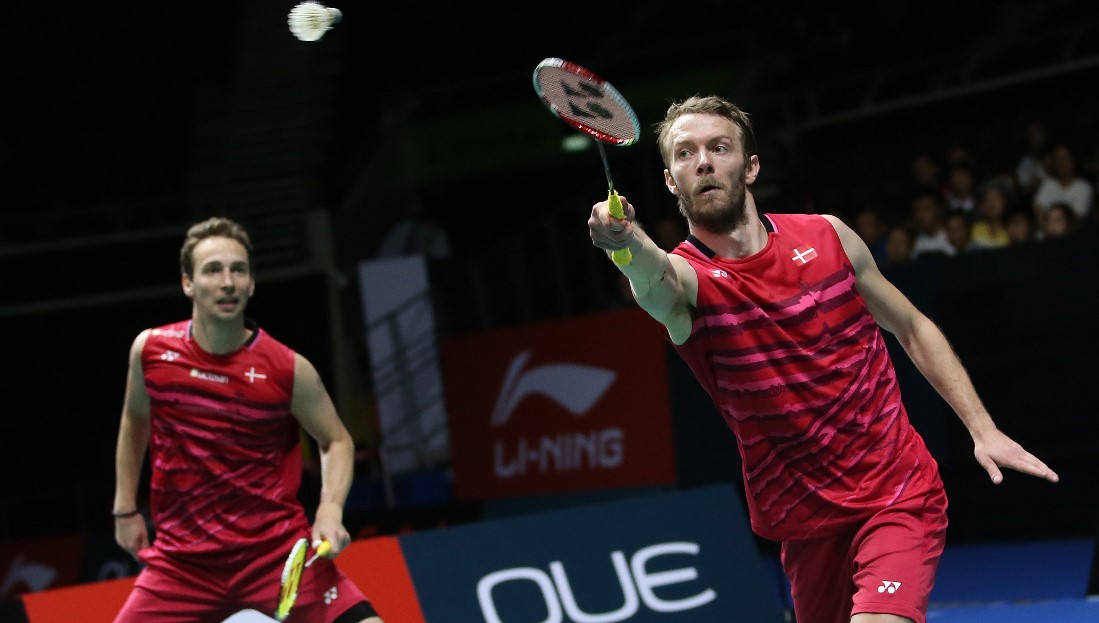 His partner, who thrilled fans with a celebratory dance, stressed that Men’s Doubles is extremely competitive, with many great partnerships, including the Chinese for whom they have a lot of respect, especially after losing to them in Japan last season.

There was some reward for China in Mixed Doubles as Lu Kai and Huang Yaqiong reigned supreme with their third title of the MetLife BWF World Superseries tour this year.

Hungry for more success after wins in Birmingham (All England) and India, the duo prevailed 19-21 21-16 21-11 over Dechapol Puavaranukroh and Sapsiree Taerattanachai who were in their first Superseries final. 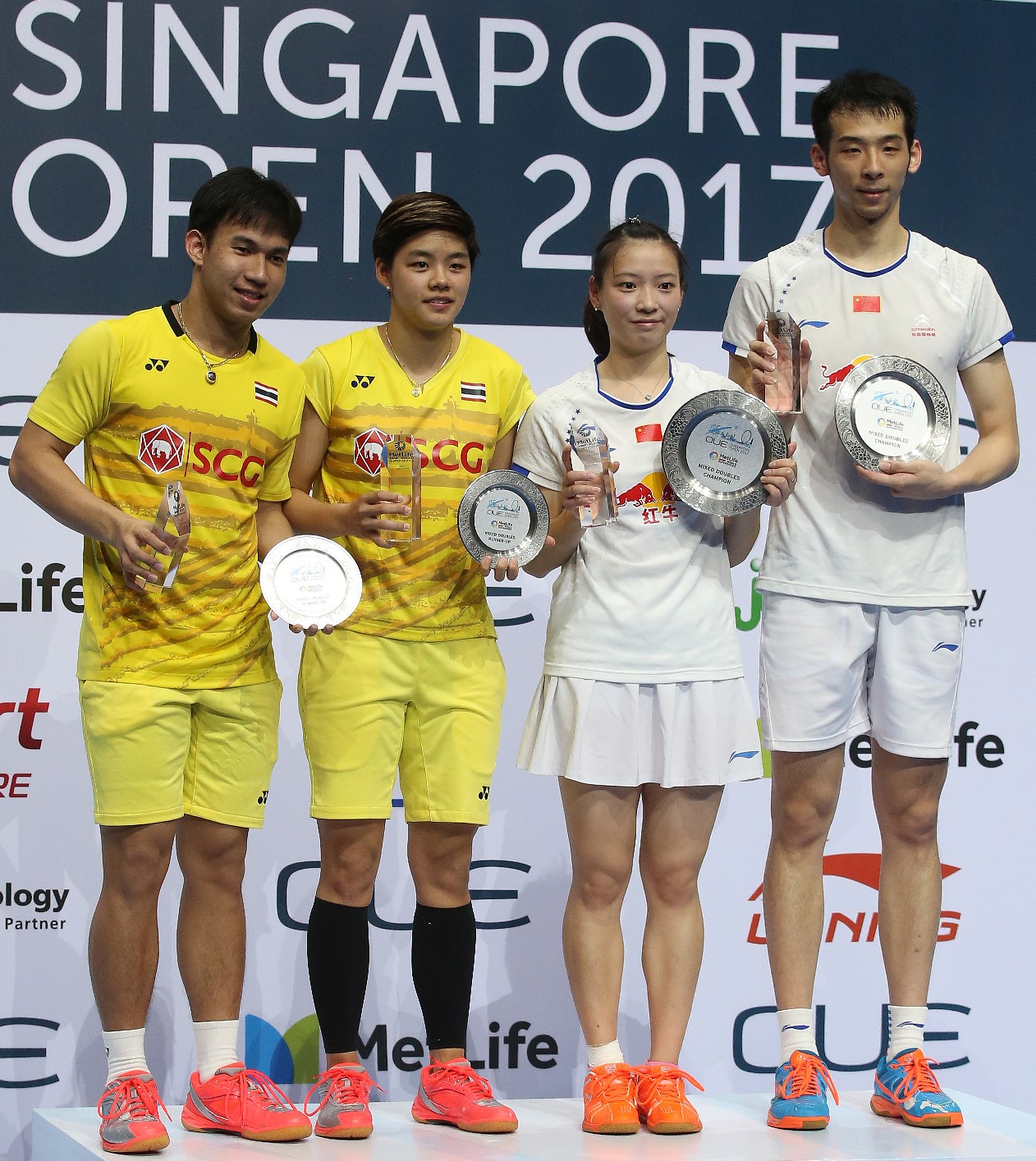 Not content to rest on their laurels, though reaching all four Superseries finals this year, the trail-blazers insisted they can get better – and can even learn from the pair they beat today.

“We were not as prepared as the Thais at the beginning. They started much better than us. We need to work on this aspect,” assessed Huang who was her usual dominant self at net.

Despite losing, Thailand’s Puavaranukroh said the result was “a big improvement and a learning experience” and that he wants to improve his strength and speed for future events.