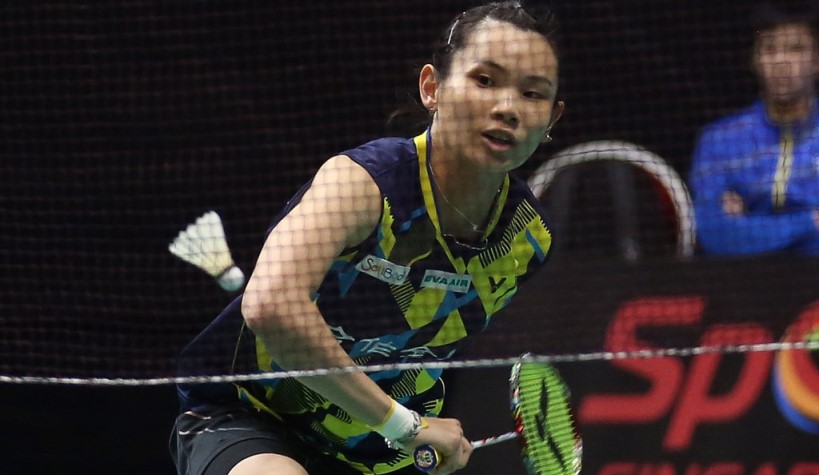 Like a runaway train, Tai Tzu Ying gathered further momentum this evening, speeding to her fifth successive title on the MetLife BWF World Superseries tour – and at the same time, obliterating her nearest Women’s Singles rival. 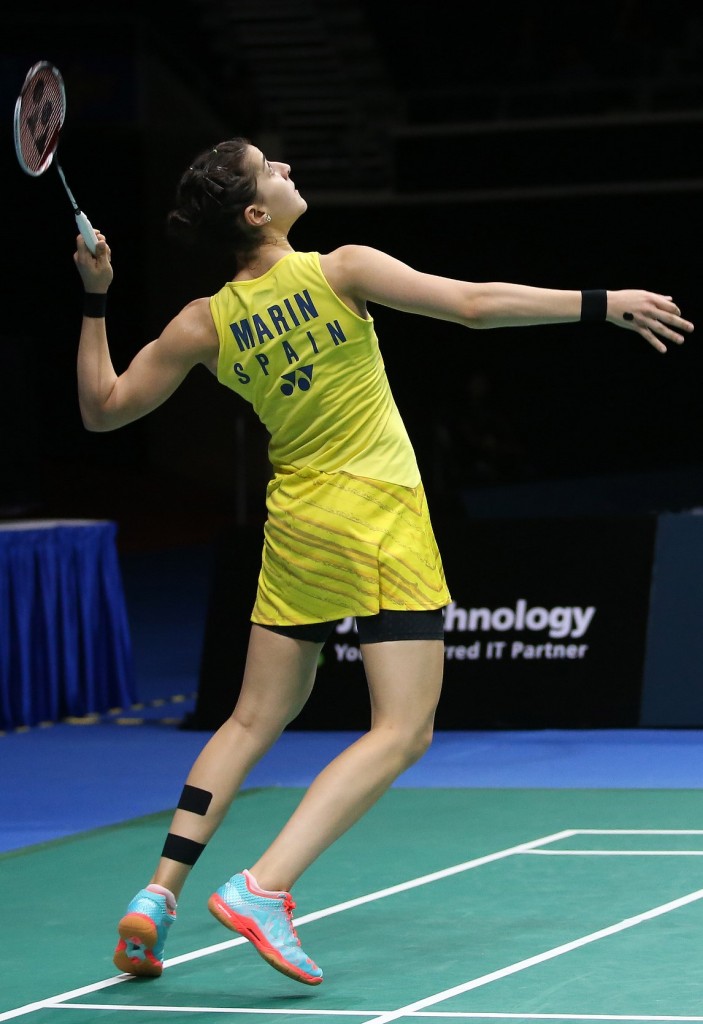 Despite her great form and sizzling strokes over the past week, Carolina Marin faltered and failed when it counted most as Tai (featured image) answered the question of whether she could withstand the Spaniard’s challenge for a second straight week, wresting the OUE Singapore Open 2017 title, 21-15 21-15.

Timing her acceleration to perfection, 22-year-old conjured up some of her trademark wizardry to pull away at 14-14 in the first game and again put ‘pedal to the metal’ at 8-8 in the second while the left-hander across the net spluttered and faded into the distance. Uncharacteristically, a desperate Marin sprayed shots wider and wider, if not into the net, and later admitted that, for the first time in her star-studded career, she struggled with a “negative” state of mind.

“I was just out (of it). I didn’t think about what I had to do. This wasn’t good. I tried to keep going and remain confident that I can do it, but I couldn’t. Today, it wasn’t possible,” said the player known for her mental fortitude.

By contrast, applause and cheers echoed around Singapore Indoor Stadium for the confident and sparkling strokes by Chinese Taipei’s Tai who, as usual, took her first victory in the Lion City in humble stride and was almost equally relaxed about her unbeaten Superseries run which has seen her atop the podium in Hong Kong, Dubai, Birmingham (All England) and Kuching (Malaysia) prior to arriving in Singapore. 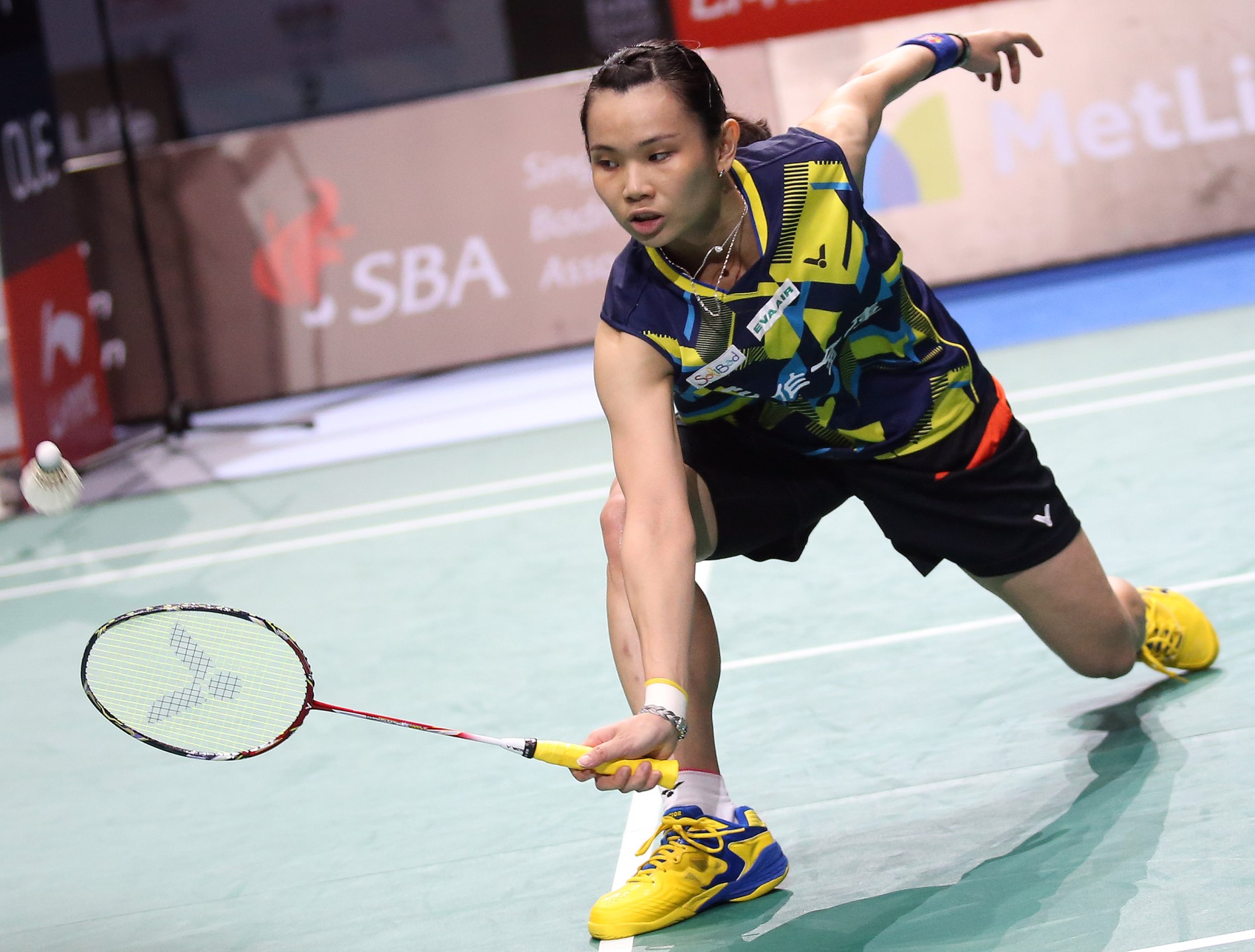 “I’ve not thought too much about winning these five tournaments. I think everyone around me is more concerned about these five titles. But for me, I just want to play well in every tournament,” said the champion.

“In every competition, I hope to discover and learn from my weaknesses, to train and correct them.”

Of the match, she said it seemed Marin was “in a rush” to score and therefore made a lot of errors, whereas Tai was patient though she tried to get into

the match from the outset.

“I thought I would have a long match because last week we played three games that lasted 80 minutes which was incredible. I prepared myself to play for more than an hour today, but I was consistent and she made many mistakes.”

Tai will move into top spot in the Destination Dubai Rankings that will be published on Thursday, supplanting Marin, who will come down to second.

Meanwhile, Men’s Singles journeyman B. Sai Praneeth recomposed himself after losing the first game and blazed past his compatriot and training partner, Kidambi Srikanth, to savour his first Superseries glory: 17-21 21-17 21-12.

“It’s the best feeling! I have played well against top players but I have not won any tournaments. That’s been an uncomfortable feeling,” said the 24-year-old Indian.

“I had a shoulder injury so I skipped All England and the Swiss (Open) so I have trained for one-and-a-half months continuously. I think the way I train and my fitness have improved a lot.”

Take nothing away from Praneeth but, as with Marin, it was as if suddenly Srikanth, who had played masterfully in the previous rounds and eked out the opening game, could do no right, while Praneeth grew in confidence and went for his shots. 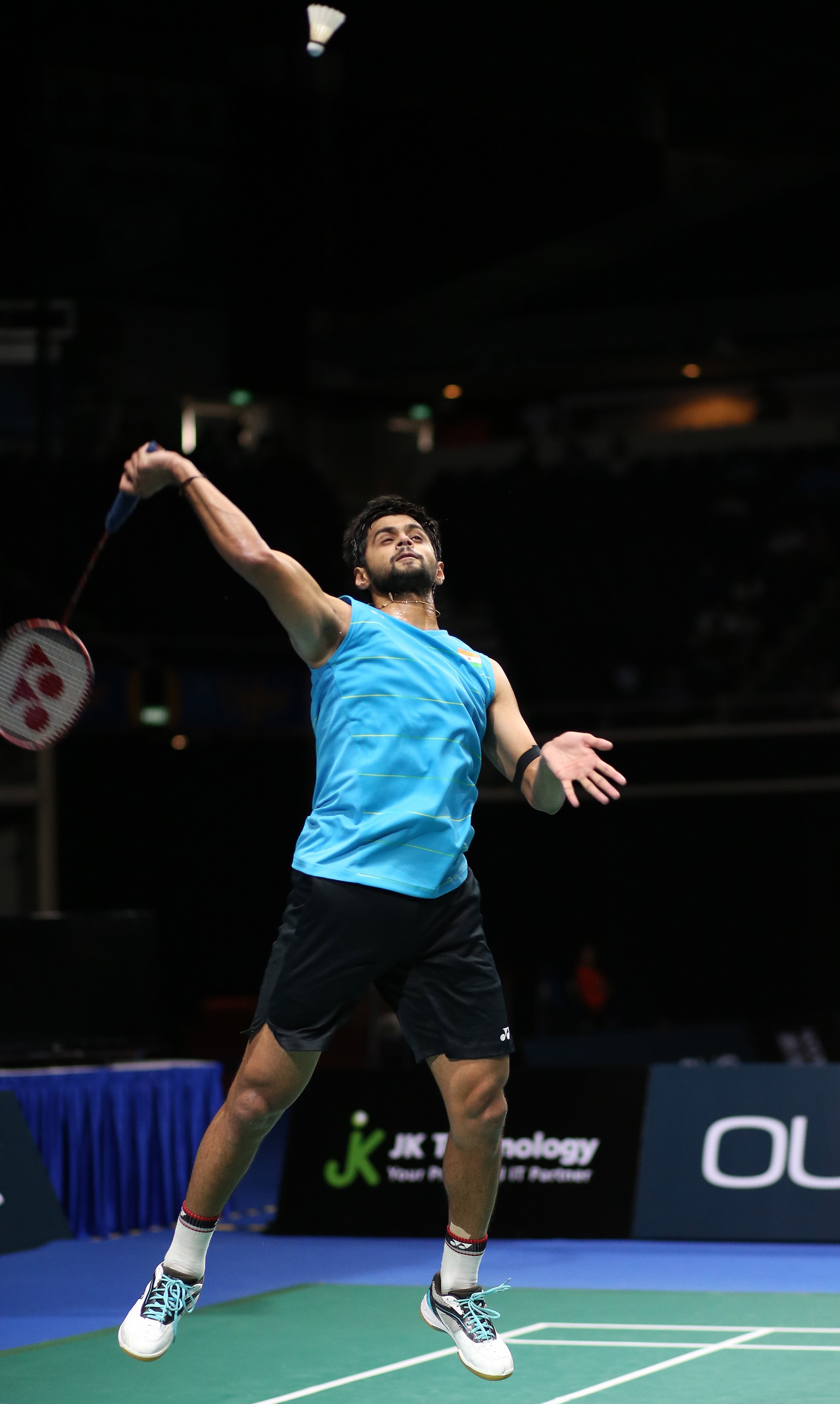 “I started really well, and also in the second game I had a good four-five points lead but I couldn’t capitalise on it and that really made the difference. I think I suddenly lost concentration and I made too many mistakes when I was leading,” said a disappointed Srikanth.

Amid his euphoria, Praneeth paid tribute to late President of the Badminton Association of India, Dr. Akhilesh Das Gupta, who passed away last Wednesday, noting his key role in the success which Indian badminton is enjoying.

Praneeth is expected to jump a few places on the Destination Dubai Rankings thanks to his title victory. The top eight players and pairs at the end of the 12-event strong MetLife BWF World Superseries circuit will be invited to the Dubai World Superseries Finals in December. 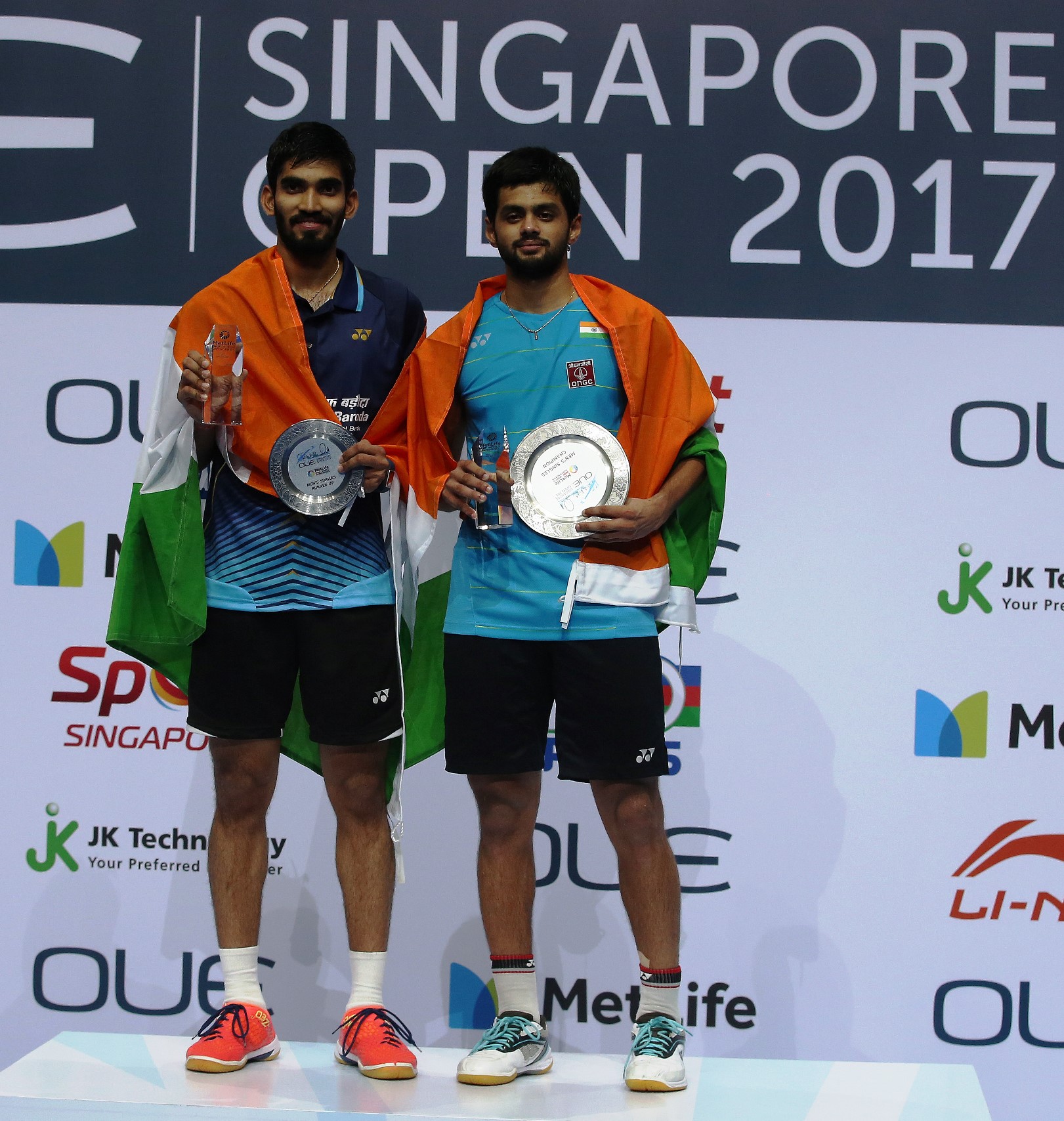