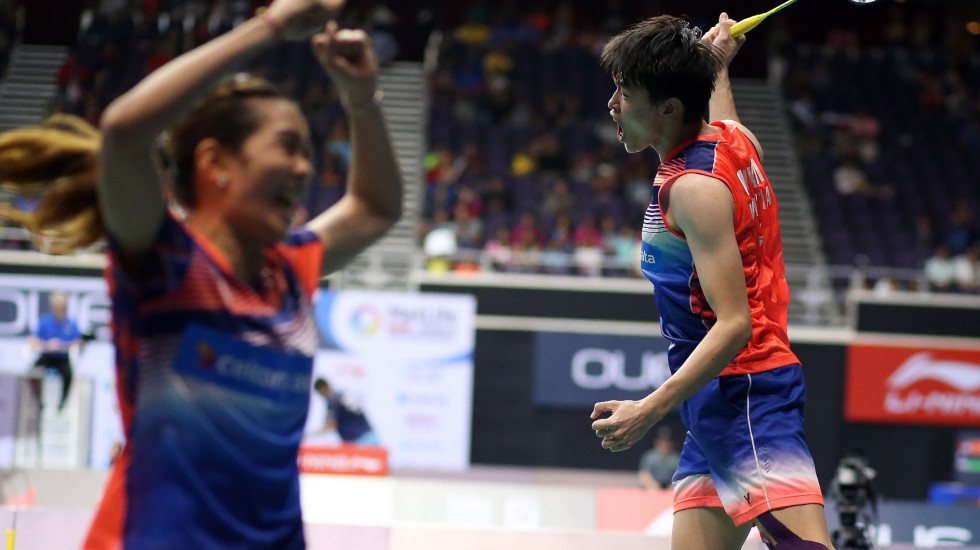 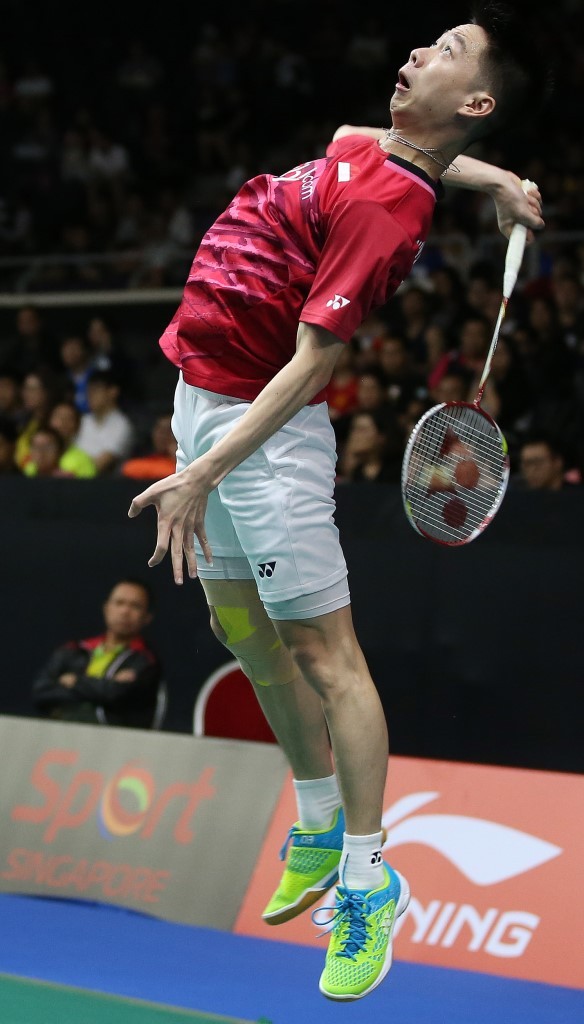 As the dazzling Indonesians sped towards another victory, their team-mates Angga Pratama and Ricky Karanda Suwardi – also competing in Men’s Doubles – suffered the agony of losing a match point and ultimately being beaten by Li Junhui and Liu Yuchen. The Chinese twin towers prevailed 18-21 22-20 22-20. There was, however, a silver lining as Indonesia’s third pair, Berry Angriawan and Hardianto Hardianto, toppled No.2 seeds, Goh V Shem/Tan Wee Kiong of Malaysia (21-15 21-15), and now have the opportunity to avenge their compatriots’ loss to China.

Japan’s No.3 seeds, Takeshi Kamura/Keigo Sonoda, were also shown the exit by veteran Danish hitmen, Mathias Boe/Carsten Mogensen: 21-14 21-12. It was a welcome return to the business end of a MetLife BWF World Superseries event for the Europeans and they are aiming to go a step further tomorrow against wonder boys, Gideon and Sukamuljo.

“Though we are two old men, we were not satisfied with our recent performances at All England and in India. We are usually in the last eight of tournaments and it gives us confidence to get our form back. We are extremely delighted to show we can still play at this level and be among the best,” said a buoyant Boe.

“Nobody can deny that Marcus and Kevin are the best pair currently but we have some tools to overcome them and we have the motivation to do so.”

Jung Kyung Eun/Shin Seung Chan; Jia’s judgment faltering on match point as she left a shuttle which floated in on the baseline. The Korean screamed in delight as they squeezed through 11-21 21-19 21-19. They will play Olympic champions, Misaki Matsutomo/Ayaka Takahashi, for a place in the final. The Japanese shook off Thailand’s Chayanit Chaladchalam and Phataimas Muenwong (21-14 21-11) comfortably.

“We were mentally focused at the end and we got some lucky points. We are prepared for another marathon match against Japan and we hope we can win,” said Jung.

Korea’s other star pair, Chang Ye Na/Lee So Hee, will once again be across the net from Denmark’s Christinna Pedersen/Kamilla Rytter Juhl, in the other semi-final. Chang/Lee stopped Thailand’s Puttita Supajirakul and Sapsiree Taerattanachai, 21-12 21-13, while the Danes outclassed Naoko Fukuman/Kurumi/Yonao of Japan, 21-19 21-11. The upsets continued in Mixed Doubles with whammies for Indonesia’s Praveen Jordan/Debby Susanto – falling to Dechapol Puavaranukroh/Sapsiree Taerattanachai (21-17 21-13) – and for Joachim Fischer Nielsen/Christinna Pedersen later in the night. The experienced Danes were stunned by an amazing comeback from Malaysia’s Tan Kian Meng/Lai Pei Jing (featured image). The latter won 10-21 21-18 21-18 and now tackle the Thai tandem in the semi-finals. Both pairs will be in uncharted territory.

Tomorrow will be busy for Korea’s Shin as she and Mixed Doubles partner, Kim Gi Jung, expect to have a say in that category too after beating Chinese Taipei’s Wang Chi Lin and Lee Chia Hsin (21-13 21-11). They are up against China’s in-form combination, Lu Kai/Huang Yaqiong, who gave a clinical performance, 21-11 21-8, versus B. Sumeeth Reddy/Ashwini Ponnappa. 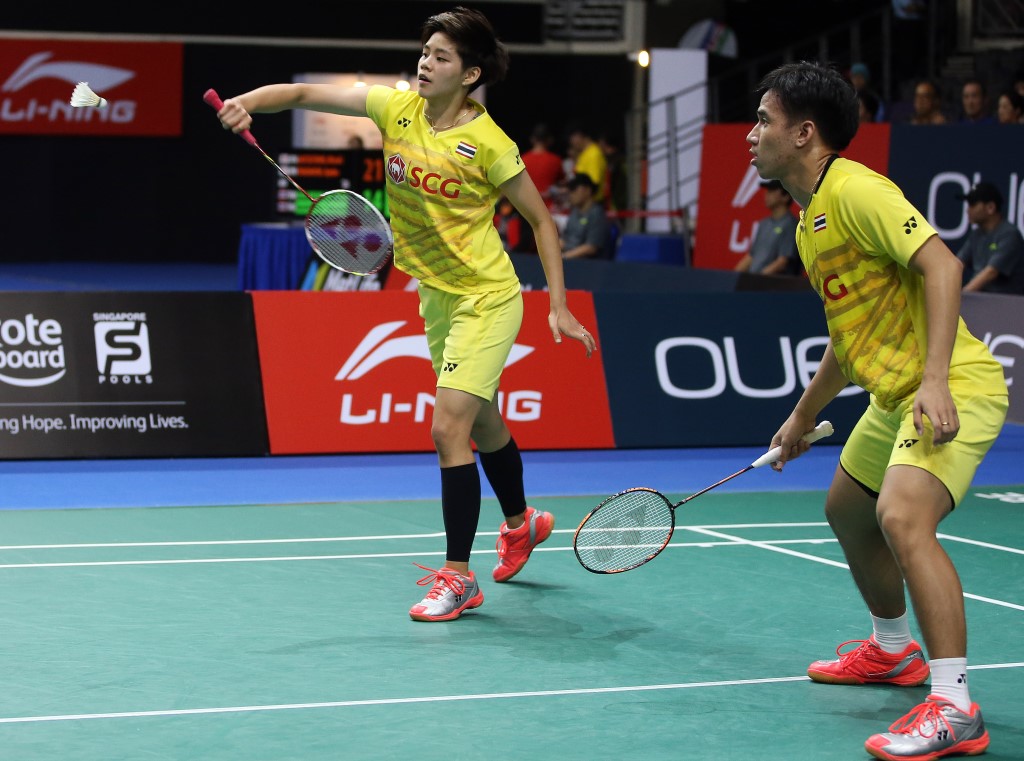 “After yesterday’s match, I think both of us will face every match with a more serious attitude. No matter who our opponents are, we have to put in 120 per cent of our energy and preparation,” said Huang, alluding to having to save match point against Singapore’s Terry Hee and Tan Wei Han.