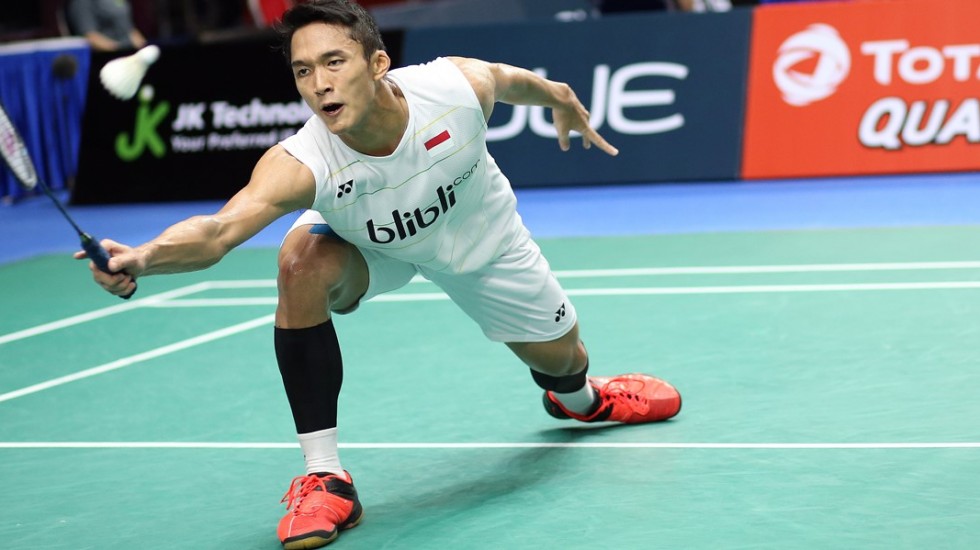 Who will win the Men’s Singles title at the OUE Singapore Open 2017 became an even more intriguing question this evening as Son Wan Ho – the top seed left in the draw – bowed out.

His conqueror, Indonesia’s rising sensation, Jonatan Christie (featured image), sent the No.4 seed packing, 21-15 21-18, en route to a quarter-final showdown with Son’s Korean team-mate, Lee Dong Keun who secured his spot earlier with an impressive rout of No.7 seed, Ng Ka Long of Hong Kong. The 26-year-old battled through, 14-21 21-12 21-18, to eliminate another potential title contender. 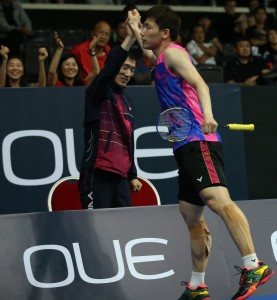 The plot thickened as Tanongsak Saensomboonsuk – the No.8 seed – breezed past Hong Kong veteran, Hu Yun, 21-17 23-21. The talented but temperamental Thai will clash with B. Sai Praneeth for a semi-final place. The Indian hopeful thwarted the aspirations of China’s Qiao Bin, rebounding after losing the opener to take the next two games.

In the night’s penultimate match, the resurgent Kidambi Srikanth fought back from three match points down in the third game to oust Indonesia’s Ihsan Maulana Mustofa (18-21 21-19 22-20) and keep himself in the frame. The Indian plays China’s Shi Yuqi tomorrow while the other quarter-final will be contested by Anthony Ginting of Indonesia and Hong Kong’s Wong Wing Ki.

Assessing his performance, Christie noted his stamina waned in the second game, especially after an extended rally. He focused on pressuring his opponent as he did not want a nightmarish repeat of matches in which he has wilted after winning the first game. Having succeeded with that tactic, the 19-year-old is looking forward to battling Lee whom he last played two years ago.

“I lost to him in Korea’s Grand Prix Gold…from what I see, he is stronger and that is where I want to challenge myself again. To try my best to beat him,” said Christie.

“I felt great today. Men’s Singles is a very tough category and it’s a long time I have not reached the quarter-finals. The way this tournament is going, everyone has a chance but it will be hard because all the remaining players are very good,” noted the 24-year-old, following his 21-15 21-23 21-16 victory versus Qiao.

Praneeth started cautiously and without a definitive strategy as he had never played the Chinese.

“I thought ‘Let’s see how this goes’ and I can make up my strategy as I go along. Sometimes it was a lot of rallies and sometimes it was attack, attack. I had to be smart enough to adapt to whatever he was doing – and it worked.” 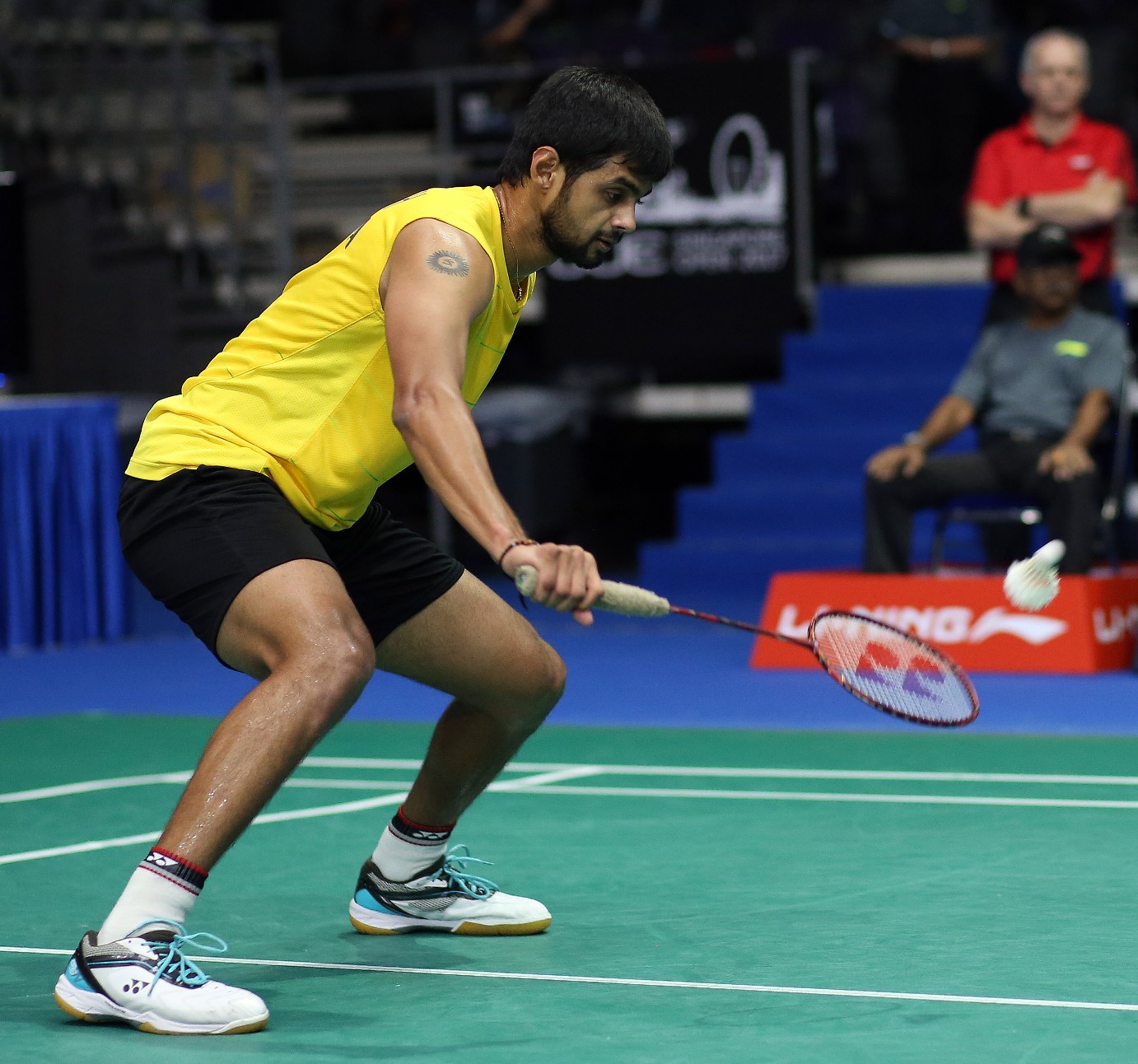 In Women’s Singles, Carolina Marin and Pusarla V Sindhu set another date across the net from each other, advancing in contrasting styles. Spain’s Olympic gold medallist thrashed Chinese Taipei’s Lee Chia Hsin, 21-7 21-11, in 27 minutes while lanky Pusarla found herself in a spot of bother against Fitriani Fitriani. Despite her small stature, the 18-year-old Indonesian came up with some huge shots that flew past the Indian star and deft touches at net, particularly in the first game which she wrestled away from Pusarla, 21-19.

It meant that for the second successive day, the Rio 2016 silver medallist would have to go three games if she were to remain in the tournament – and that she did. Stepping up her strokes and increasingly dictating the pace as she made inroads versus her rival. Pusarla took the second game 21-17 on a challenge which went her way and dominated the third to win 19-21 21-17 21-8. However, on the second last point of the match, Fitriani signed off with a cross-court slice that landed delicately in the front court on the other side. The crowd’s loud appreciation of her talent, signalling that hers is a name they will remember for the future. 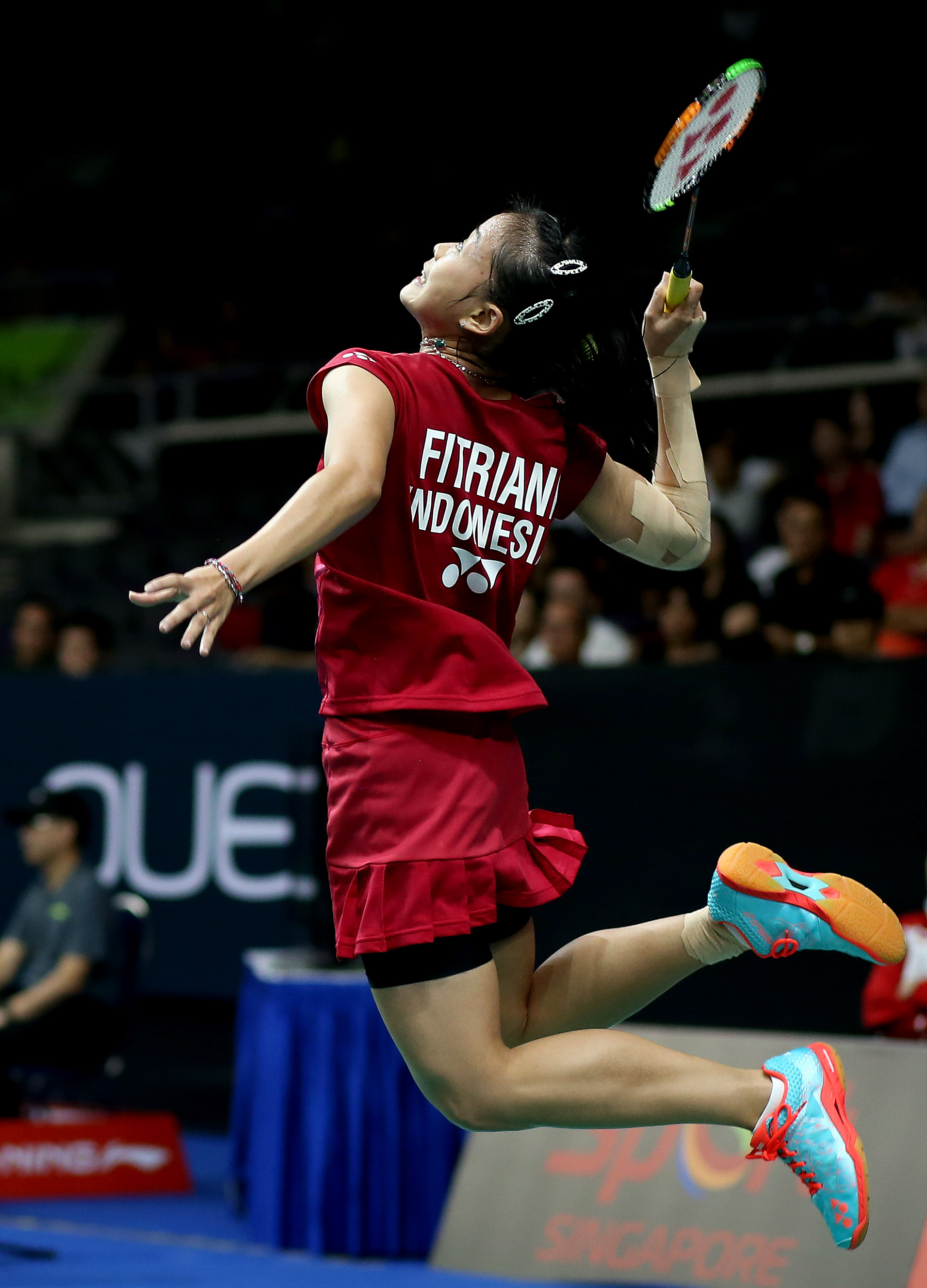 “She played well and my attacking strokes were not working early in the match, but I came into it more in the second game and then it was easy in the third. You have to be prepared for everything in each match so I was ready to go three games today,” said Pusarla, adding that she is looking forward to another chapter of her rivalry with Marin, having won their last encounter on home turf in India. 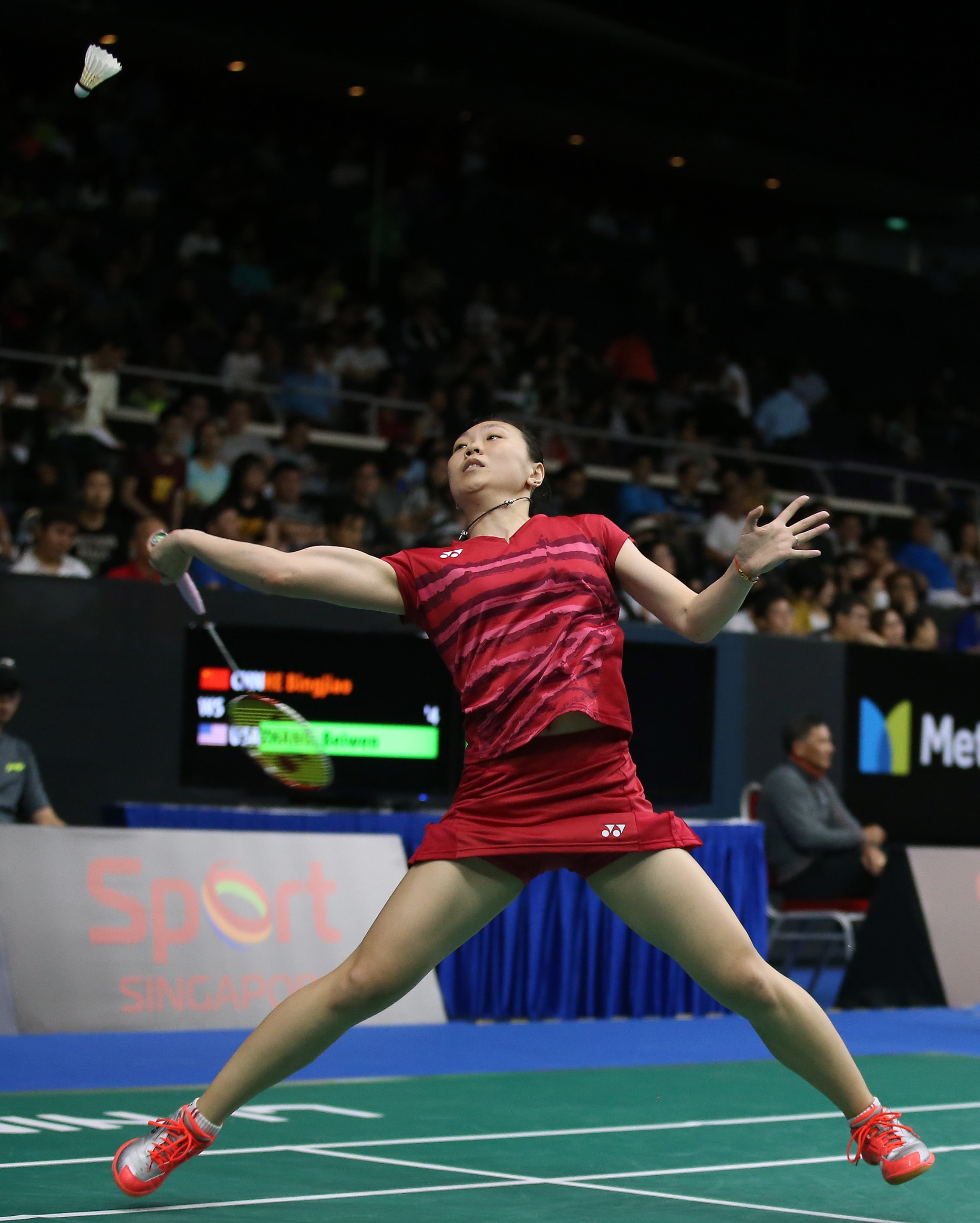