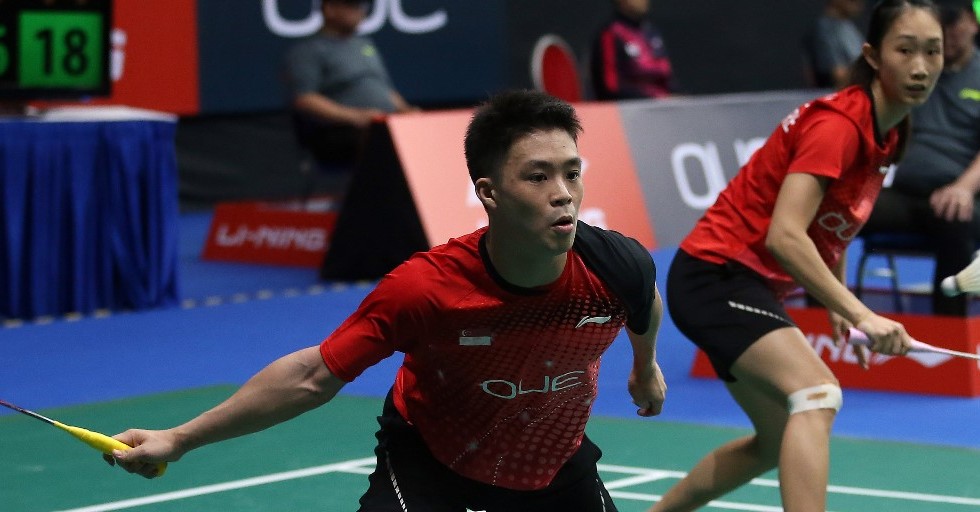 As shouts of “Singapura” rang in their ears, the hometown hopefuls came to within a point of beating Lu Kai and Huang Yaqiong who have reached all of this season’s Superseries finals – and winning two of them.

At 19-15 ahead in the decider, Hee and Tan had spectators on their feet in anticipation of a significant upset but the Chinese top players showed their class and mettle, fighting back to 19-19 as a nervous Hee produced three unforced errors to unintentionally aid his opponents.

Still there was a chance for he and Tan to complete a stunning triumphant Huang’s mistimed shot cannoned off the edge of her racket to give the Singaporeans match point at 20-19. Agonisingly, Hee hit into the net to level the score again and then gifted match point to Lu and Huang by pushing wide of the right sideline. The crowd groaned as 21-20 to China flashed on the scoreboard.

A monster smash from Lu in Tan’s direction sealed the deal as the latter was unable to handle the power and the shuttle rocketed out of court. 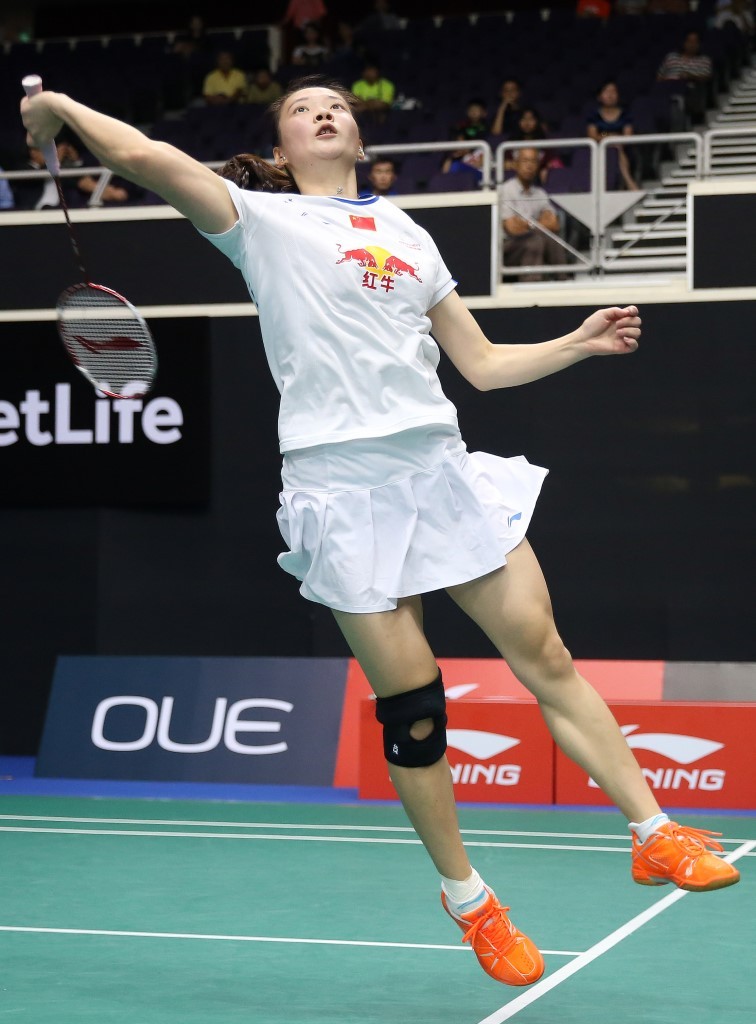 Punching the air and shouting with relief, the winners rejoiced at the 17-21 21-16 22-20 result which put them into their fourth straight Superseries quarter-final.

“We didn’t change too much. It was more of our mind-set. We were very determined and we believed that we could catch up. We felt pressured because the Singaporeans had a big lead but we continued to be confident,” said the Chinese.

Admitting that inexperience was a major factor in their loss, Hee disclosed: “We were uncertain about our shots towards the end because we wanted to win. That resulted in our hesitation because we wanted to do many things, so we ended up losing focus. It’s sad that we could not win.”

His partner chose to look at the bright side, saying they were not “expecting such a close fight” versus the Chinese champions.

“We were just trying to put up a good fight but we actually exceeded our expectations. We think our standard can get better,” added Tan.

In Women’s Doubles, Christinna Pedersen/Kamilla Rytter Juhl looked ominously good as they dispatched yet another China tandem in straight games. A day after ousting Huang Dongping/Li Yinhui, the Olympic silver medallists advanced to the last eight at the expense of Bao Yixin/Yu Xiaohan (21-13 21-16).

“We are really happy about today. When the draw was out, we were not really smiling because it’s tough to play a Chinese pair in the first and second rounds but today we showed that we can beat them,” said Rytter Juhl. 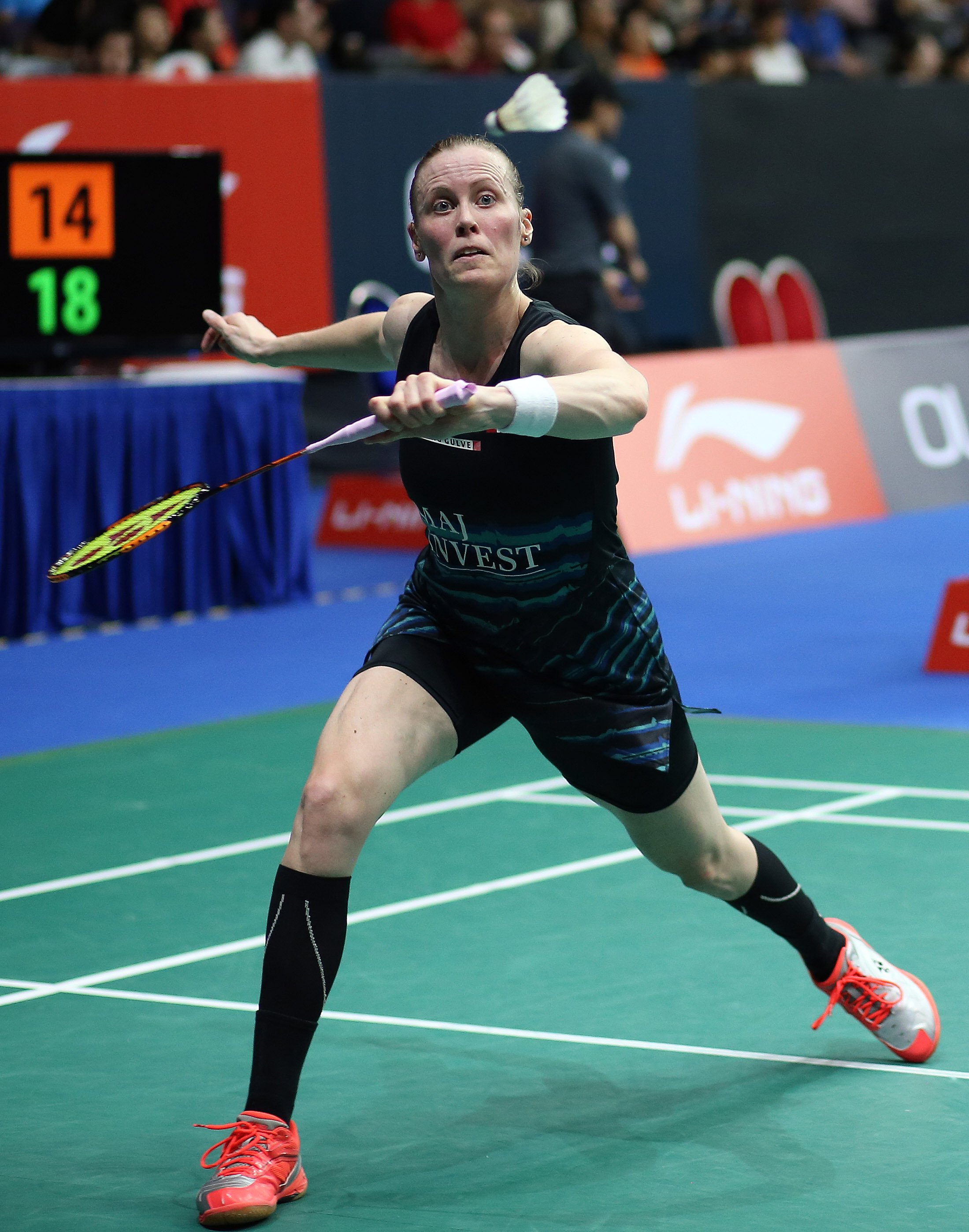 Pedersen highlighted their fighting spirit as a critical component of their arsenal which again served them well when they trailed 4-11 in the second game.

“We showed them that if they want to beat us today, it would be a long and hard match. I think this mentality is one of our greatest strengths at the moment.” 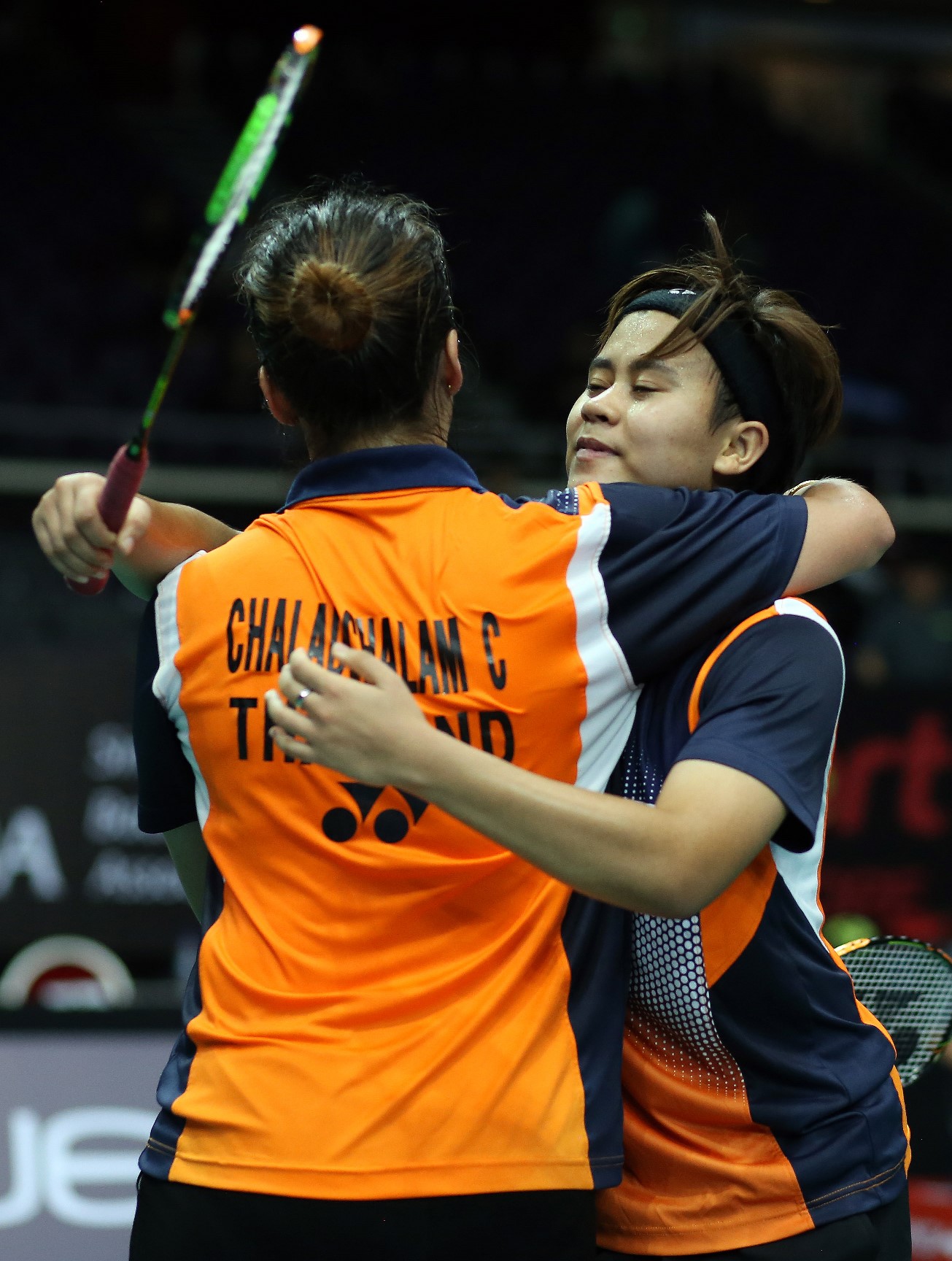 The Men’s Doubles quarter-finals is shaping up into an exciting battle, including Indonesia’s men of the moment, Marcus Fernaldi Gideon/Kevin Sanjaya Sukamuljo, who are looking for a fourth Superseries title this season.  Among others in the hunt are Malaysia’s Goh V Shem/Tan Wee Kiong, Takeshi Kamura/Keigo Sonoda of Japan, Lee Jhe-Huei/Lee Yang (Chinese Taipei), Berry Angriawan/Hardianto Hardianto (Indonesia) and Mathias Boe/Carsten Mogensen (Denmark). 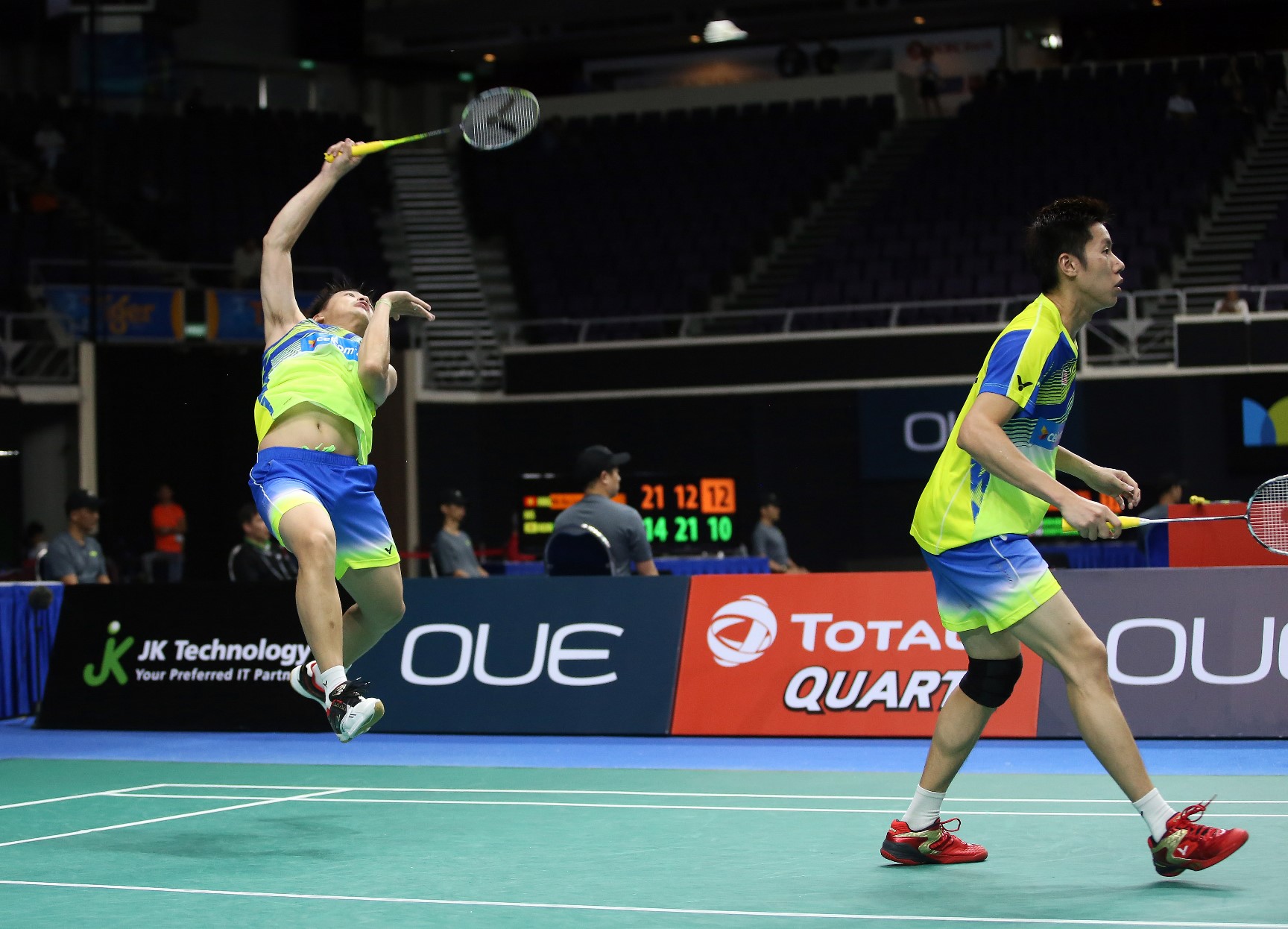