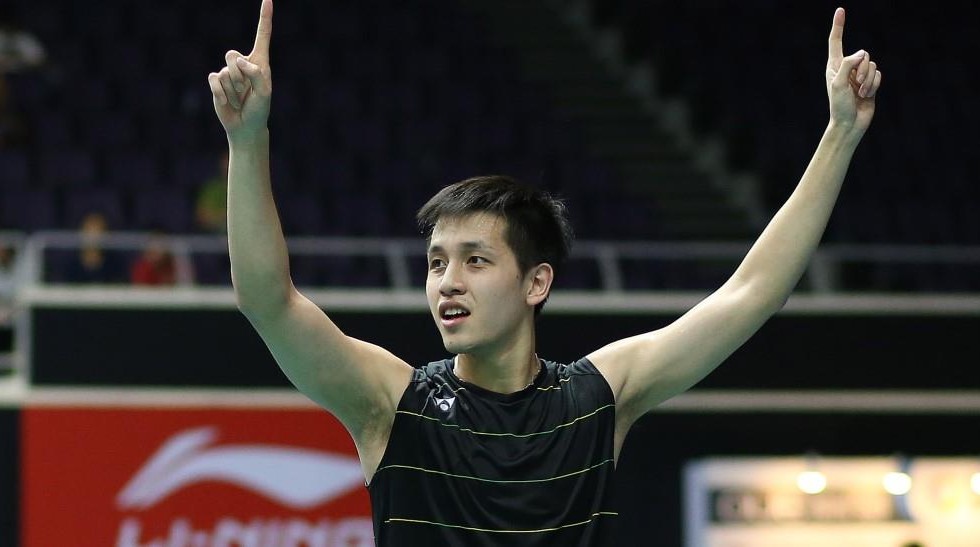 The battle for Men’s Singles supremacy blew wide open tonight at the OUE Singapore Open 2017 with the first-round demise of Viktor Axelsen.

Officially the No.3 seed, the Dane was the firm tournament favourite, in the absence of Lee Chong Wei (Malaysia) and China’s hitmen, Lin Dan and Chen Long.

That all changed in 37 minutes as the 23-year-old surrendered, 21-15 21-15, to journeyman Wong Wing Ki (featured image) on centre court at Singapore Indoor

Stadium. Having blazed to glory in India two weeks ago, Axelsen looked a shadow of himself in the Malaysia leg of the MetLife BWF World Superseries last week in Kuching, losing in the second round, and seemed even more lacklustre today as the efficient Wong took advantage.

“I didn’t play well today while Wong played really well today. He was sharp on the net and played some really good shots. . I couldn’t control the shuttle properly and I made many mistakes,” said a candid Axelsen.

“For most of the match, I didn’t have the mental and physical capabilities to cope with the fact that I was playing badly and didn’t feel good.

“That’s not good enough. You have to be able to overcome that as a singles player but I couldn’t today. I’m disappointed about that. There’s a lot to 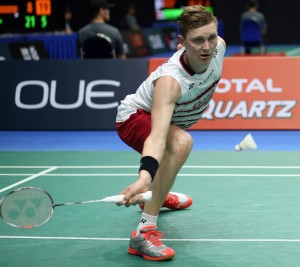 learn from our failures so I will continue working hard and prepare for my next tournament.”

By contrast, an ecstatic Wong “felt great” and was “very focused” on his mission, hardly playing a bad shot.

“I didn’t make many mistakes or give him any chance to control the match. I concentrated on my defence first, and then counter-attacked. That was successful though both games were tough. I was down early in the second game – maybe I was a bit tired – but I increased my speed and pressured him and that strategy worked,” said the 27-year-old.

“Viktor is the best player in this tournament, the highest ranked player. After beating him, I am more confident and I hope I can stay focused.”

Axelsen’s departure leaves Korea’s Son Wan Ho as the top contender. The No.4 seed was joined in the second round by China’s blossoming Shi Yuqi (seeded No.5), the mercurial Tanongsak Saensomboonsuk (Thailand) and India’s Kidambi Srikanth. One player who will rue missing out is Chou Tien Chen (Chinese Taipei). The No.6 seed lost to France’s Brice Leverdez, 17-21 21-13 21-17. 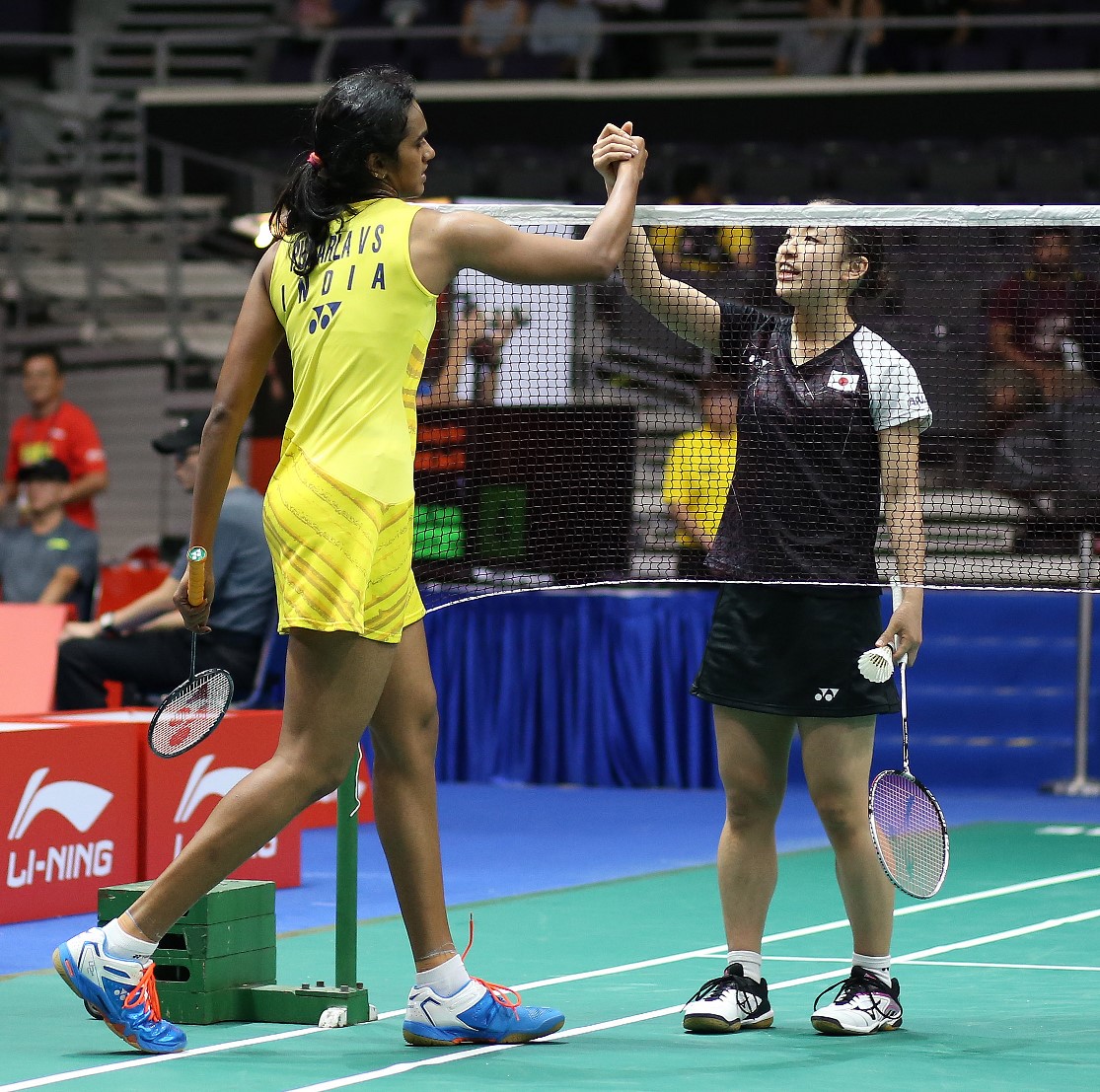 Meanwhile, fans were on the edge of their seats for the finale of the Women’s Singles clash between Pusarla V Sindhu and Nozomi Okuhara which rekindled memories of their Rio 2016 semi-final. Blowing healthy leads of 19-11 and 20-14 in the deciding game, world No.2 Pusarla suddenly found herself in trouble versus her gutsy Japanese opponent who fought back with brilliant defence to 20-20. Recent problems with her serve came back to haunt Okuhara who shockingly struck the shuttle into the net to gift Pusarla another match point – and this time the tall Indian finished the job: 10-21 21-15 22-20.

“I played a stupid game towards the end, losing all those match points. I was nervous but I still felt confident I could win. You have to believe in yourself,” said a relieved Pusarla. 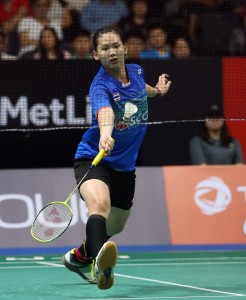 Okuhara who is still rebuilding after a six-month shoulder injury, was gutted to have done all the hard work and falter at the crucial moment.

“I am disappointed because I got so close to winning, though coming into this match that was not my goal. I just wanted to play well and continue the process of getting back to a high standard. In my next tournament, I will be trying to win the event,” declared Okuhara.

In Women’s Doubles, three days after savouring the thrill of victory in Kuching, Yuki Fukushima and Sayaka Hirota felt the agony of defeat. The Japanese fell to Korea’s No.4 seeds, Chang Ye Na/Lee So Hee (23-21 21-17). Elsewhere, Goh V Shem and Tan Wee Kiong look to redeem themselves after a poor start to their Superseries season. The Malaysians are into the Men’s Doubles second round while their first-round conquerors last week – Or Chin Chung/Tang Chun Man – crashed out. The Hong Kong pair went down to Japan’s Takuro Hoki/Yugo Kobayashi (21-12 17-21 21-15). 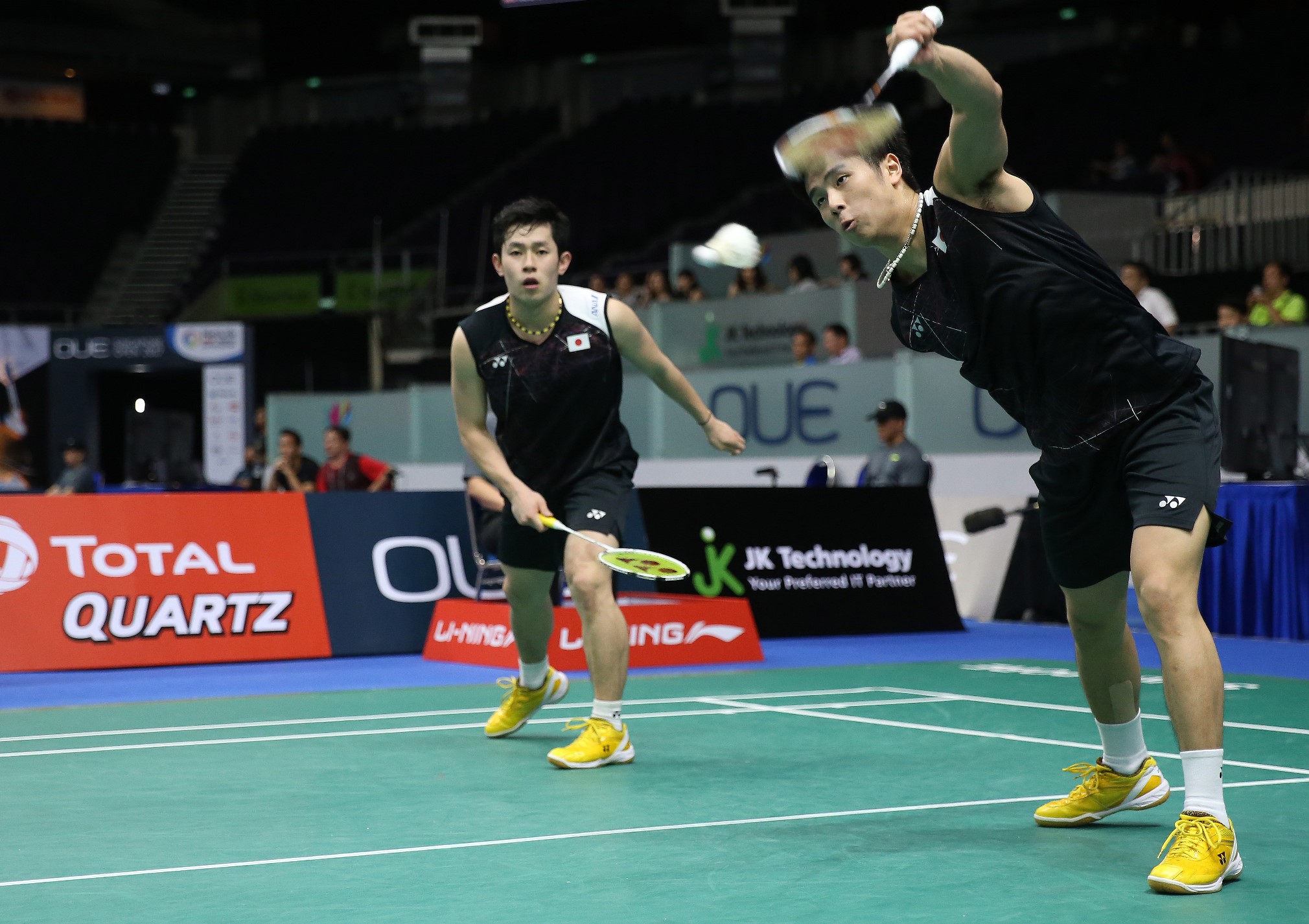 The most compelling story is that of Marcus Fernaldi Gideon/Kevin Sanjaya Sukamuljo as the Indonesians aim to emulate last year’s feat by Women’s Singles star, Ratchanok Intanon, of sweeping three tournaments in three weeks. They too are into the second round.