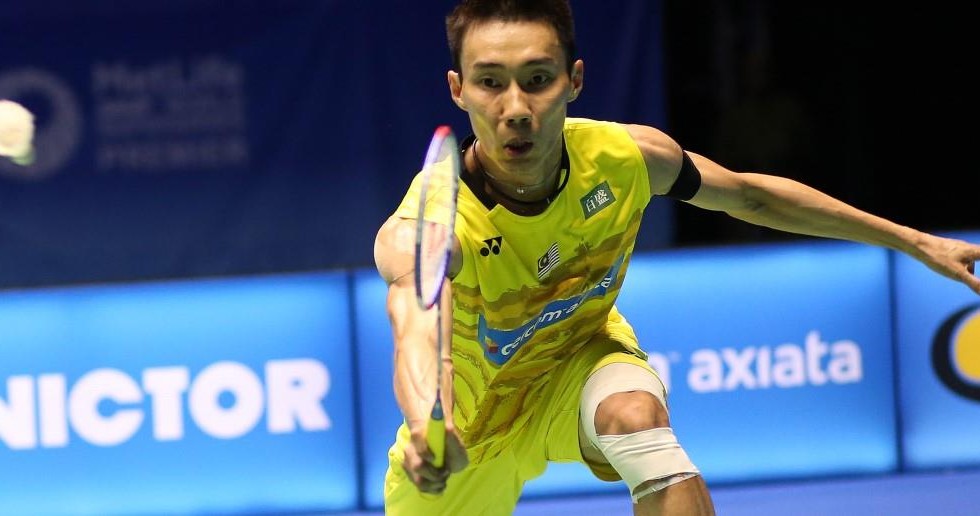 Lee Chong Wei bossed his way into the title decider of the CELCOM AXIATA Malaysia Open 2017 tonight, gifting fans the salivating prospect of another chapter in his epic rivalry with Lin Dan.

The Hong Kong native managed a smile as he greeted Lee at the net but he could hardly have enjoyed an encounter where he was up against the massive crowd as much as he was the world No.1 ace and his amazing skills.

Every shuttle, especially those that whizzed past Wong or crashed into his midriff, was greeted with raucous celebration by joyous fans packed into Stadium Perpaduan in Kuching. The last rites could not come soon enough for Wong who was not ashamed to scratch his head in bewilderment as Lee increasingly dominated their semi-final.

“Not only badminton fans in Malaysia but the whole world will be looking forward to this match,” said Lee, contemplating tomorrow’s finale versus his Chinese arch-rival.

“We are back in Sarawak after 11 years. I will try to play for everyone in Sarawak and to get a 12th time. I hope we can both put on a great show and enjoy the match.”

The battle for Women’s Singles supremacy also promises to be a thriller with Olympic and World champion, Carolina Marin, across the net from world No.1, Ta Tzu Ying, who is unbeaten at top flight since winning in Hong Kong last November.

“Tai is in really good form and the pressure will be on her. She is the one who is expected to win but it will be very difficult to beat me,” declared the confident Spaniard after prevailing in an entertaining semi-final against Japan’s Nozomi Okuhara.

Marin withstood late surges by Okuhara in both games to triumph 23-21 21-19 while Tai’s tricky best again proved too good for Sung Ji Hyun. The Korean started well and grabbed a 10-4 lead before Tai reeled her in and then zoomed head. At 20-16 up, the Chinese Taipei star would have been favoured to seize opening honours but Sung hit back with six unanswered points. The advantage was hers – but not for long as Tai unleashed her mesmerising blend of power, precision and deception to wrest the headlines: 20-22 21-13 21-12.

“I started slowly. I had to get used to the court and the drift as it was my first time on centre court. It was a god opportunity to play on that court before the final. I am looking forward to tomorrow,” said the 22-year-old, who enjoyed overwhelming support from Malaysian spectators.

Meanwhile, livewire pair Marcus Fernaldi Gideon and Kevin Sanjaya Sukamuljo, found their top gear in the middle of the first game and raced into the Men’s Doubles, with a 21-16 21-13 win over Takeshi Kamura/Keigo Sonoda. The Japanese went ahead 10-5 but could not sustain that advantage as their Indonesian opponents wore them down with a rapid-fire assault.

As Sonoda netted the final shot of the clash, Gideon and Sukamuljo screamed in delight at the chance to clinch a third straight title and maintain an unblemished record on the MetLife BWF World Superseries tour for 2017.

“It’s 50-50. Fu Haifeng has so much experience and, though Zheng (Siwei) is young, he is very good and has played a lot already. We will have to be careful and focus well,” said Gideon of the showdown with the first-time Chinese pair.

In Women’s Doubles, another new China combination – Huang Yaqiong/Tang Jinhua – are through to their first Superseries final together, beating All England champions, Chang Ye Na/Lee So Hee (22-20 18-21 21-16). The result gives the Chinese a chance for revenge over Yuki Fukushima/Sayaka Hirota whom they will meet in the final. The Japanese beat Huang/Tang in last week’s YONEX SUNRISE India Open quarter-finals. Huang also has some personal glory at stake with the opportunity to lift two titles as she features in Mixed Doubles with Lu Kai.