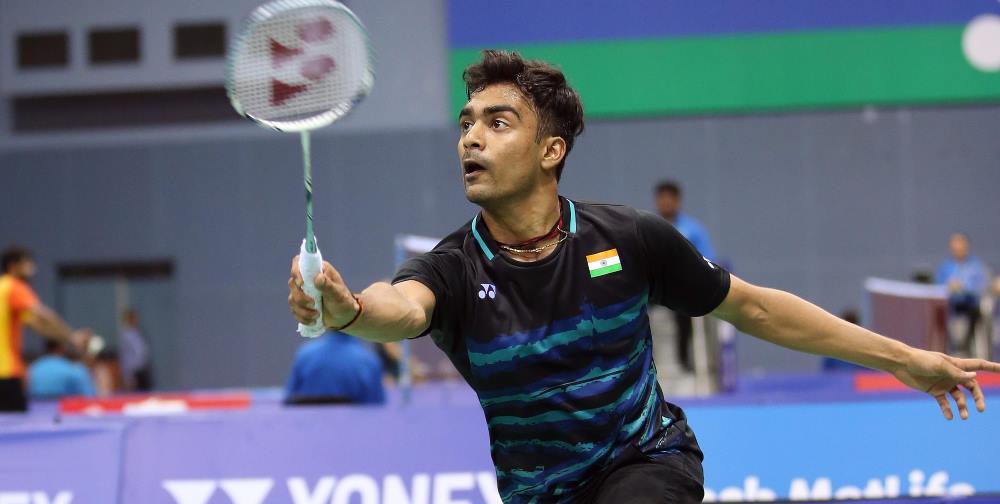 Local hope Sameer Verma capitalised on home support to show the door to No.4 seed Son Wan Ho in the opening round of the Yonex-Sunrise India Open 2017 this morning.

Verma, who has enjoyed a terrific run of form over the last few months – finishing runner-up at the Yonex-Sunrise Hong Kong Open in November and winning the Syed Modi International in January – was his persistent best against Son. Having lost a close first game, the Korean found the indefatigable Indian (featured image) hard to score points off and caved in without a fight in the second, 21-17 21-10, to give Verma a second round Men’s Singles place against Hong Kong’s Hu Yun.

At the top of the draw, Denmark’s Hans-Kristian Solberg Vittinghus won a potentially tricky affair against compatriot Emil Holst, 21-15 21-18.

Holst was promoted to the main draw after top seed Lee Chong Wei withdrew. Holst had the lead at 15-10 in the first, but Vittinghus reeled off a succession of points to take the match away from that point.

“I haven’t beaten him in a year; I lost three times to him in the Danish league,” said a relieved Vittinghus. “Even though I got an easier draw (after Lee’s withdrawal), I have a lot of respect for him. He showed what he can do in the German and Swiss Opens.

“I tried a few things to surprise him. Usually I’m more aggressive from the back, this time I tried to be more patient, and tried to be aggressive at the front. That worked well, it brought me back in the first game when I was down 10-15.”

The Dane conceded that the draw had opened up after Lee’s withdrawal, acknowledging that his teammate Viktor Axelsen was now the favourite.

“I’d say Viktor is the favourite now. Viktor got the monkey off his back in Dubai (by winning his first World Superseries title). It is an open race, in Men’s Singles there are no bad players in the main draw. “I was prepared for the German Open and All England, but got a pulled muscle. Since then I’ve had time to recover. I’m eager to perform well, it’s been a while since I played well.”