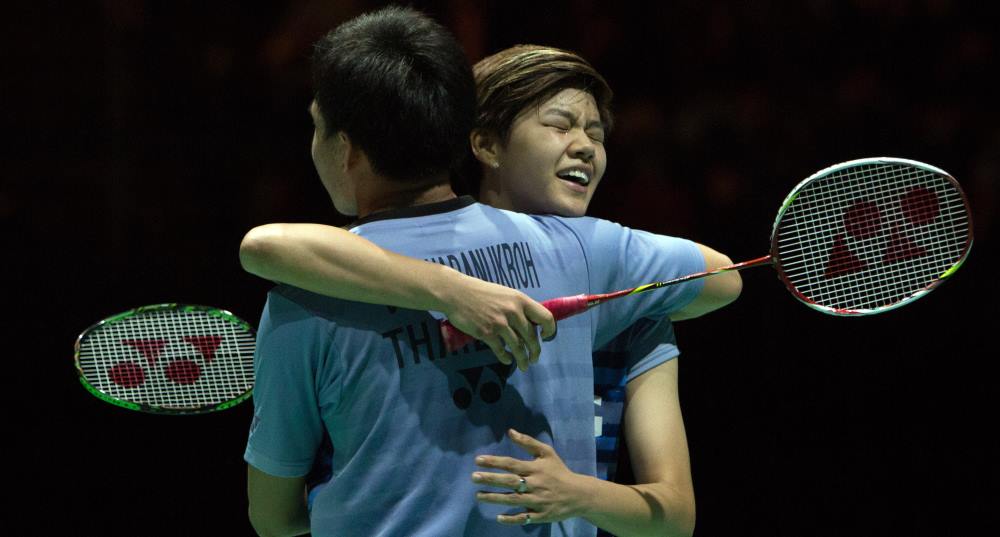 Chen Xiaoxin got the better of compatriot and World Junior champion Chen Yufei in the Women’s Singles final.

Chen Xiaoxin surged into the final without losing a game. The final was no different, as she held off Chen Yufei in a close first game and then eased through, 21-19 21-14.

Men’s Singles top seed Lin Dan avenged his loss to younger compatriot Shi Yuqi in the Yonex All England semi-finals. Lin was untroubled through the week; the only significant challenge coming from Indonesia’s Anthony Sinisuka Ginting in the semi-finals, which he won 21-17 21-17. Shi Yuqi, meanwhile, had to fend off some tough challenges, such as Denmark’s Anders Antonsen in the third round and Chinese Taipei’s Wang Tzu Wei in the semi-finals. The final was one-sided all the way, with Lin shutting out Shi 21-12 21-11. Chai Biao and Hong Wei justified their top seeding by winning the Men’s Doubles over compatriots Zhang Nan/Liu Cheng in the final. Chai/Hong survived a close semi-final against Chinese Taipei’s Chen Hung Ling/Wang Chi-Lin, 17-21 21-15 21-18, and then held off Zhang/Liu in another three-game battle, 13-21 21-16 21-15. Chen Qingchen and Jia Yifan lost only one game during the week – in the quarter-finals against Indonesia’s Della Destiara Haris/Rosyita Eka Putri Sari. The top seeds had no trouble against Bulgaria’s Gabriela Stoeva/Stefania Stoeva in the final, 21-16 21-15. The Stoeva sisters had earlier beaten China’s Bao Yixin/Yu Xiaohan in a close semi-final, 22-20 21-19. Thailand’s Puavaranukroh and Taerattanachai (featured image) outplayed Indonesia’s Praveen Jordan/Debby Susanto in the Mixed Doubles final, 21-18 21-15. The Thais caused the upset of the event in the semi-finals, beating the in-form Chinese pair Zheng Siwei/Chen Qingchen 21-19 13-21 21-19. In the other semi-final, Jordan/Susanto got the better of another Chinese pair, Zhang Nan/Li Yinhui, 17-21 21-19 21-16.