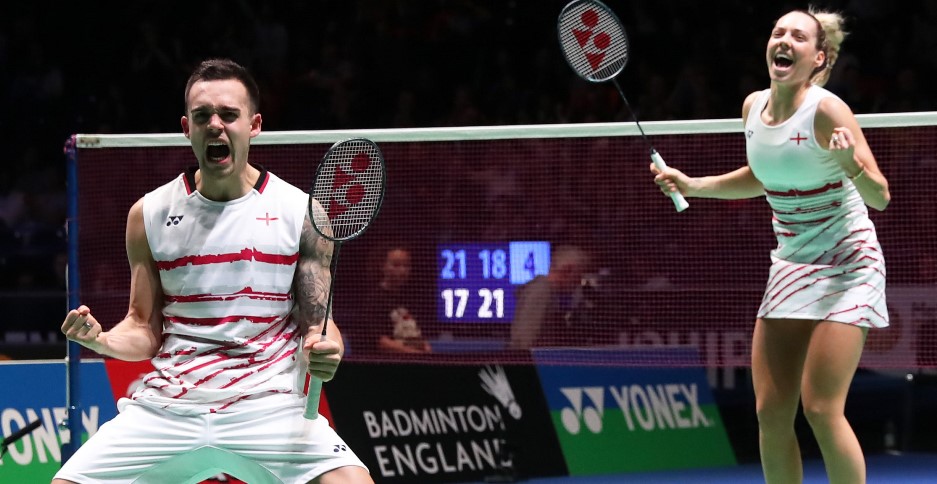 Additionally, a stunning about-turn by the Adcock household – Chris and wife, Gabby – kept host interest high as they blazed into the Mixed Doubles 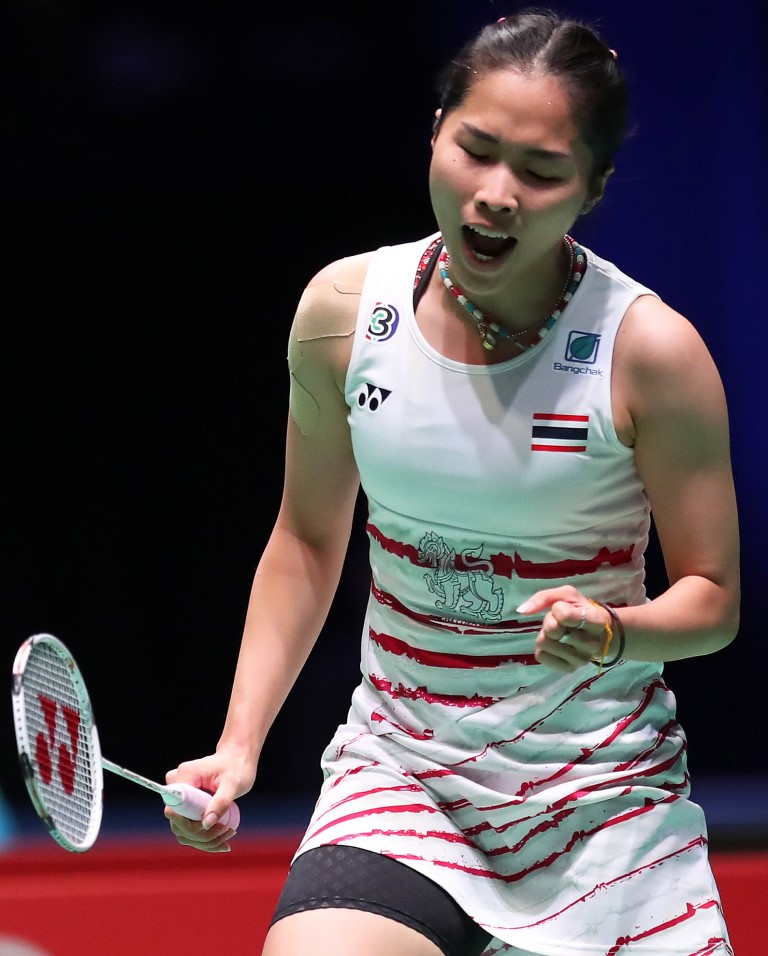 semi-finals for the second successive year. Meanwhile, Denmark maintained a European foothold in the event, thanks to late-night victories in Men’s and Women’s Doubles.

However, the other continental star expected to figure in weekend action – Carolina Marin – was undone by a combination of Ratchanok Intanon’s crafty touches and nerves of steel in a Women’s Singles clash the Spaniard appeared on course to win with plenty to spare. Leading 18-11 in the third game, Marin suddenly lost composure – and with it ten straight points – as a beaming Intanon snatched an unlikely victory: 22-20 13-21 21-18.

“I don’t know what happened. I am really angry with myself. I lost focus and made a lot of unforced errors. I couldn’t finish the match off. Maybe I thought I had already won it but I lost,” she said candidly, in a rare admission that her trademark iron-clad will let her down.

Intanon, too, spoke of the importance of her mental strength in the closing stages of the match, during which her opponent looked unsure and committed a host of mistakes while the Thai star grew in confidence with rock-solid defence.

“I just tried to close the gap and to pressure her and, as I got more points, I felt mentally stronger. She played well but things changed at the end,” said the winner, thrilled to reach the semi-finals in her first 2017 tournament.

Intanon now tackles the irrepressible Akane Yamaguchi. In a battle of the ‘tall and small’, the diminutive Japanese cut down imposing Chinese Sun

There was also gripping drama in Mixed Doubles as the Adcocks – two points from defeat in the second game – clawed back doggedly to knock out Olympic champions, Tontowi Ahmad and Liliyana Natsir.

Roared on by their English home crowd, the No.7 seeds dismantled the Indonesians, with errors flowing from the racket of a clearly-rattled Ahmad. By contrast, the host duo attacked, created openings for easy points and wrestled to ascendancy at net to savour a sweet success, 16-21 21-19 21-12, as their rivals collapsed.

“The key learning curve here is how great we were under pressure,” said Chris.

“They are the best pair in the world and were the Olympic champions just a few months ago – we could have folded and gone home tonight but we showed real resilience.”

Gabby underlined the importance of their crowd support which picked them up at the crucial conclusion of the second game when they trailed 17-19, before reeling off four straight points. The English must beat China’s Lu Kai/Huang Yaqiong for a place in their first All England final while young Japanese Yuta Watanabe/Arisa Higashino face Malaysia’s Chan Peng Soon/Goh Liu Ying. 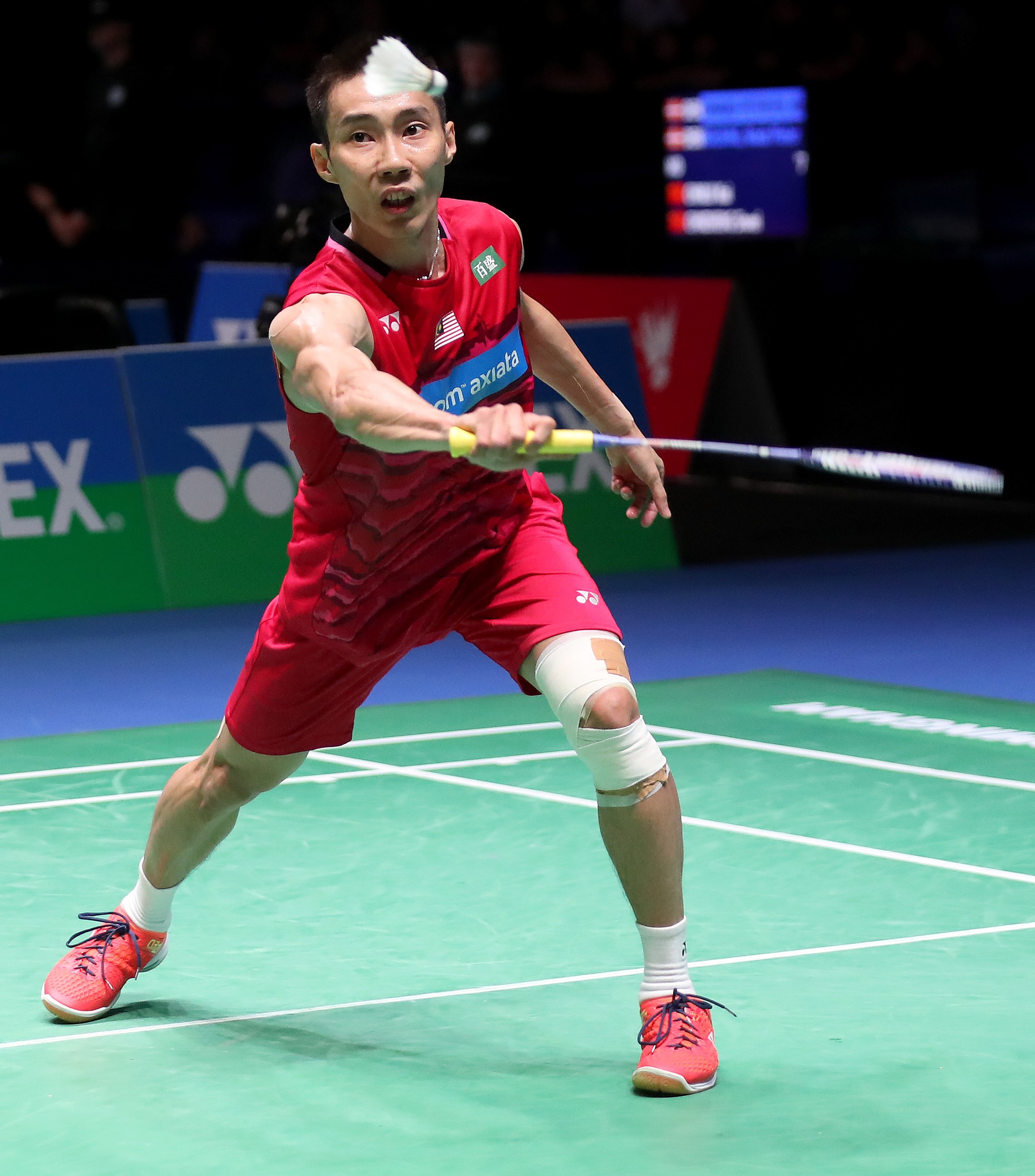 For all this excitement though, the night’s biggest buzz was would Men’s Singles top guns Lee Chong Wei and arch-rival, Lin Dan, remain on course for Sunday’s final – and they did. Showing no signs of trouble from his left knee, top seed and world No.1 Lee expertly scythed through Tian Houwei, 21-12 21-15, in 45 minutes to advance to the final four where he faces Chinese Taipei’s Chou Tien Chen.

Defending champion, Lin Dan, took more time to get going against the man who denied him a medal at the Rio 2016 Olympic Games but, when he did, Viktor Axelsen lost composure and with it the match. The attack was all one way as Lin showcased some of his vast arsenal of shots, en route to winning 8-21 21-14 21-15 in 69 minutes.

“I feel great. My movement improved in the second game. Obviously, there is a big age gap between me and Axelsen but I am happy that I can still compete well at this level and at the All England,” said the 33-year-old, who faces fellow Chinese, Shi Yuqi, in the semi-finals. 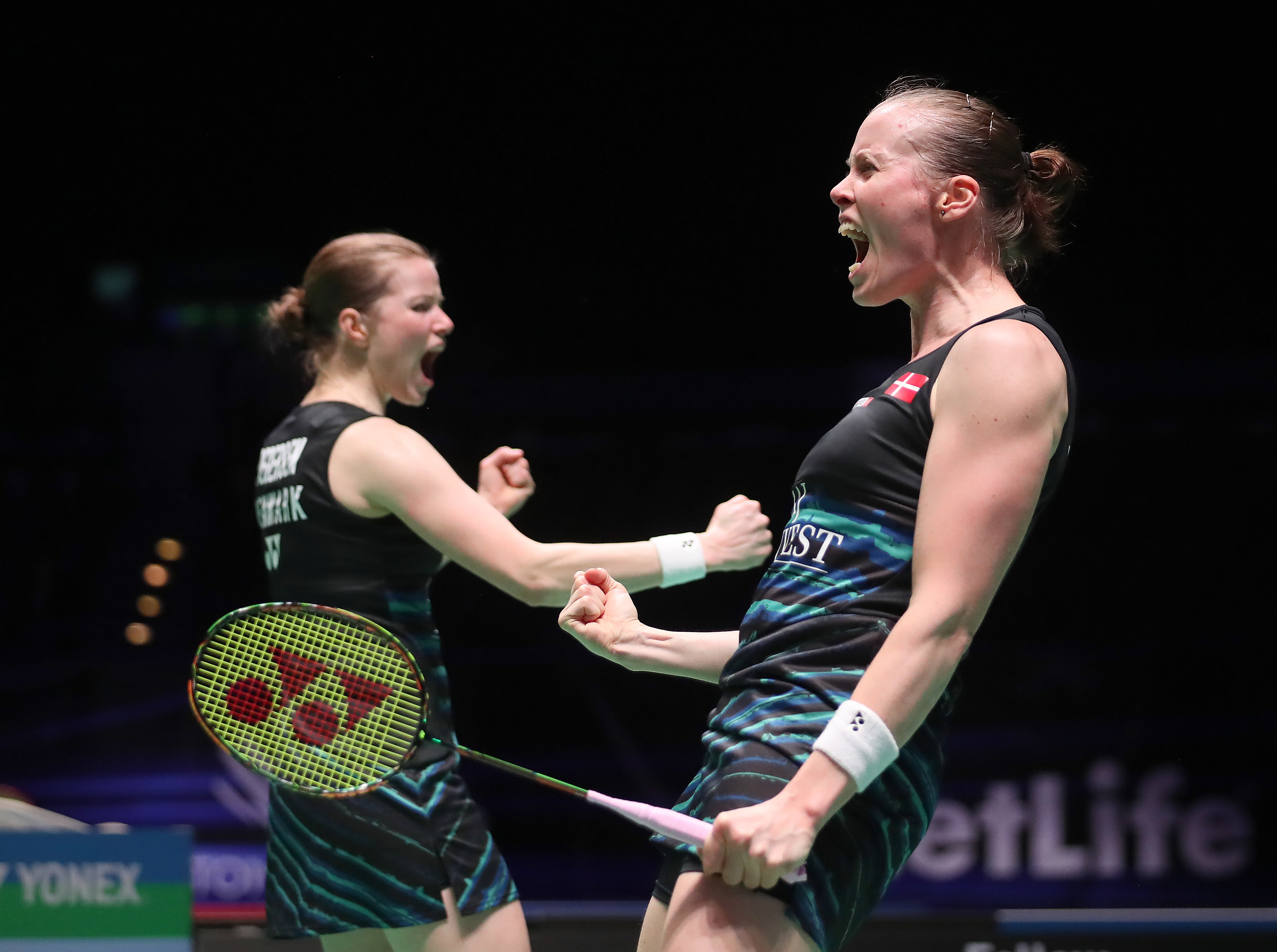 A frustrated Axelsen applauded Lin Dan’s strokes, especially his lifts, while rueing his own meltdown, both physically and mentally.

“I made too many unforced errors. I am disappointed that I could not play my best after the first game,” said the big Dane.

However, his country’s flag was held aloft by accustomed standard-bearers, Christinna Pedersen/Kamilla Rytter Juhl, who motored into the Women’s Doubles semi-finals and Mads Conrad-Petersen/Mads Pieler Kolding in Men’s Doubles. The women will play Korea’s Jung Kyung Eun/Shin Seung Chan for a place in the final while ‘Mads and Mads’ tackle Marcus Fernaldi Gideon/Kevin Sanjaya Sukamuljo of Indonesia. 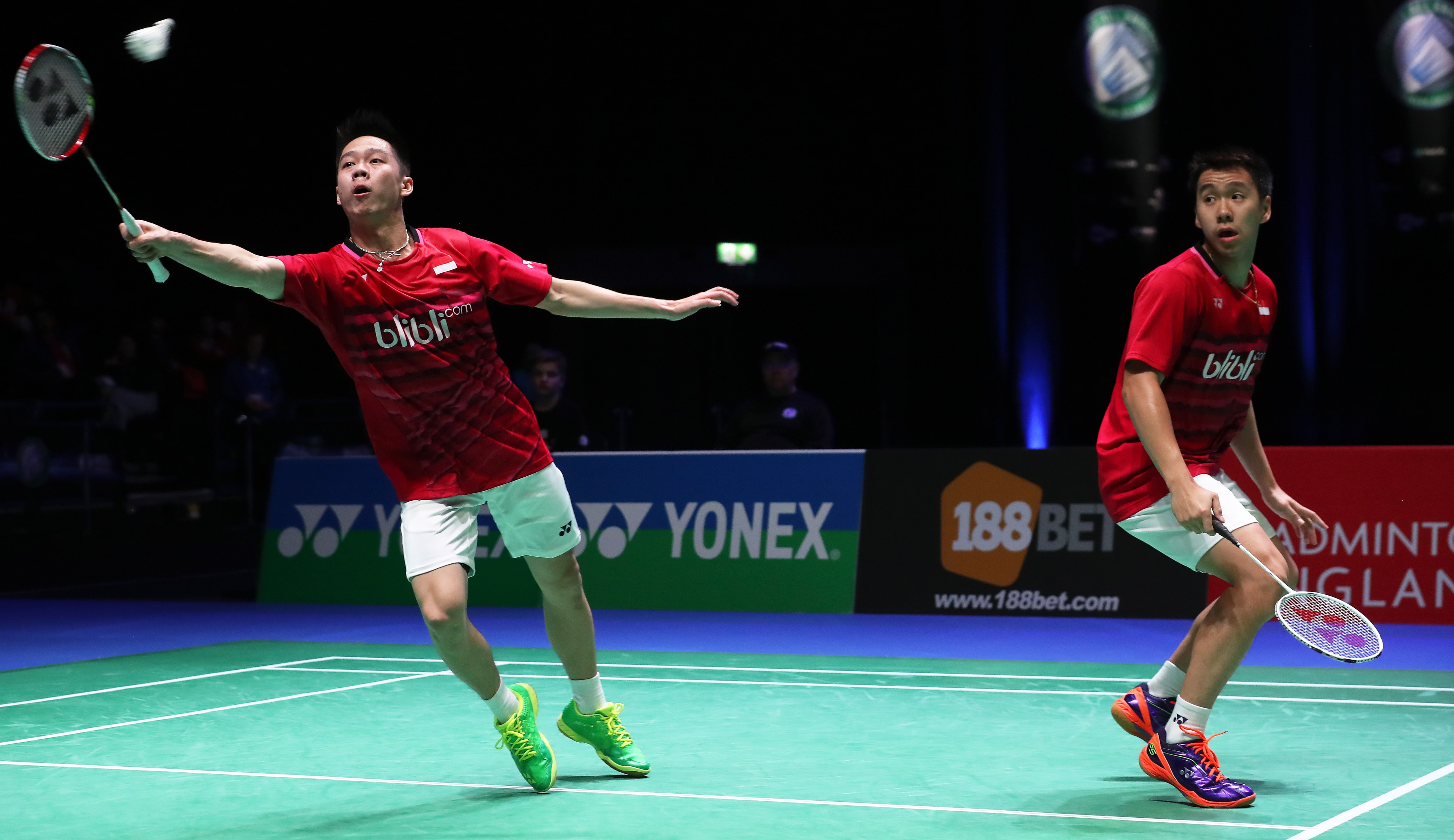