The demise of defending champions continued in dramatic fashion today at the YONEX All England Open Badminton Championships with Women’s Doubles title-holders, Misaki Matsutomo and Ayaka Takahashi, being ambushed from within their own camp.

Last year’s Birmingham champions were undone by a relentless attack from their Japanese team-mates, Yuki Fukushima and Sayaka Hirota, who savoured their first victory in three outings versus the Olympic gold medallists; the winners prevailing 21-16 19-21 21-16 in 76 minutes.

“We lost to them in three games twice before. We knew we needed to be in top gear from the start and our plan was to be aggressive. We lost the second game but we got back the momentum in the decider and we were able to keep attacking,” said Hirota. 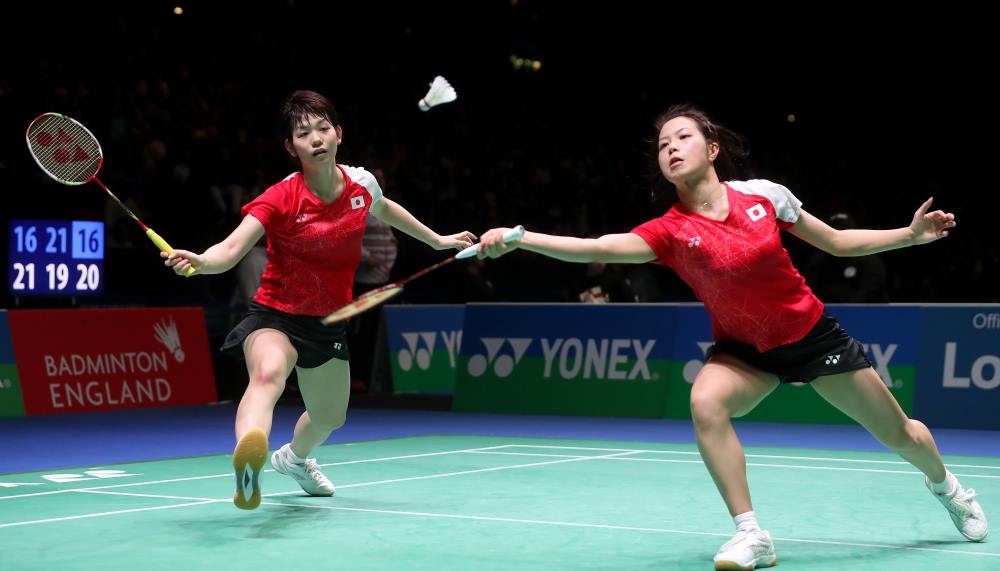 Enjoying the outcome, Fukushima added they hope to “carry on this experience” in their first All England tournament and progress beyond tomorrow’s quarter-finals.

Having levelled the scores as they stormed away with the second game, Matsutomo and Takahashi looked set to impose their usual authority on the match but that was not to be as their rivals reined in the top seeds before pulling away decisively at 10-10. 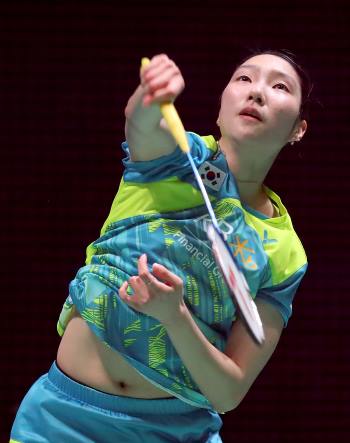 “They had a good strategy and a lot of power. We let them do what they wanted to do and we couldn’t find a way to bounce back,” explained Takahashi, who watched two other Japanese pairs advance to the Women’s Doubles quarter-finals.

“They had nothing to lose and they kept going.”

The second round’s other massive result saw the derailment of Men’s Singles Olympic star, Chen Long; the Chinese titan falling to the mercurial Tanongsak Saensomboonsuk. The Thailand ace cut down the Rio 2016 champion, 21-16 21-19.

“I played fast and offensive. It was a good match for me and he made more errors than me,” noted Saensomboonsuk (featured image), saying he has grown in confidence since winning the YONEX Denmark Open last October.

China’s woes extended to Mixed Doubles as No.1 seeds, Zheng Siwei and Chen Qingchen, were also ousted by an internal coup; Wang Yilyu/Huang Dongping shooting them down 24-22 21-15. Afterwards, Wang admitted “it is an advantage to know our opponents so we could focus on their weaknesses”.

Denmark’s Jan Jorgensen was another major casualty, the No.2 Men’s Singles seed clearly hampered by injury in his 21-16 21-13 defeat to rising Japan’s Kazumasa Sakai.

While this carnage unfolded throughout the evening, a number of prominent players avoided disaster in the first MetLife BWF World Superseries event of the season, withstanding various challenges. In Women’s Singles, Carolina Marin was two points from bowing out versus China’s He Bingjiao but fought back from 17-19 to clinch the second game and dominate the third. The European and Olympic queen won 15-21 21-19 21-10 to book a tantalising quarter-final against Thailand’s Ratchanok Intanon. Akane Yamaguchi of Japan and Korea’s Sung Ji Hyun also battled into the last eight, overcoming Chinese Taipei’s Chiang Mei Hui (21-19 20-22 21-15) and Hong Kong’s Yip Pui Yin (15-21 21-16 21-9) respectively. 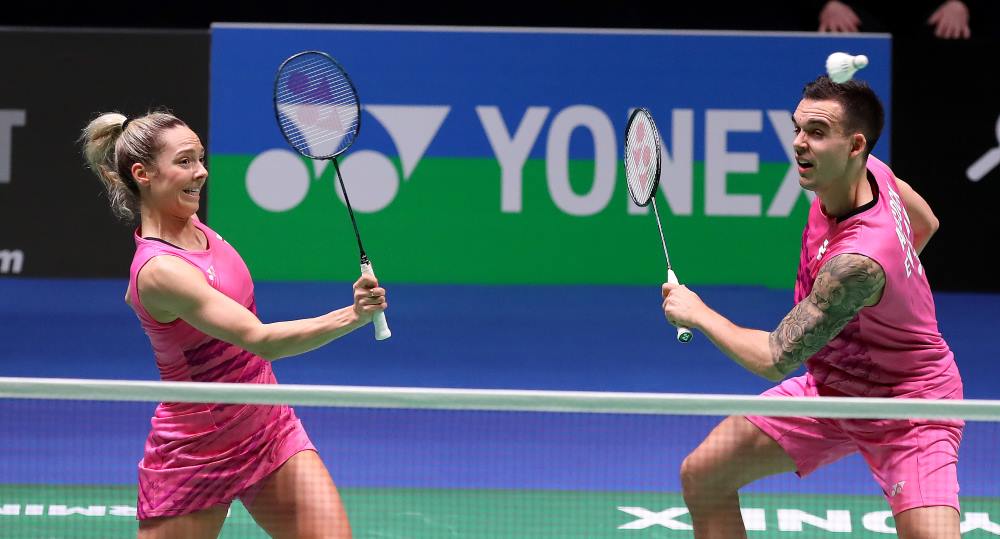 “It wasn’t good, very tough. I need to play better,” said No.3 seed Sung as she contemplated her next clash with India’s Saina Nehwal who has coasted so far as has her compatriot, Pusarla V Sindhu.

China’s Chai Biao/Hong Wei (Men’s Doubles) and Malaysia’s Chan Peng Soon/Goh Liu Ying (Mixed Doubles) also showed their mettle to progress in the prestigious tournament, while England’s Mixed Doubles stars, Chris and Gabby Adcock, kept home hopes intact as they too advanced. They will have to beat Olympic champions, Tontowi Ahmad and Liliyana Natsir of Indonesia, for a place in Saturday’s semi-finals.