The demise of three defending champions highlighted today’s opening round of the YONEX All England Open Badminton Championships. 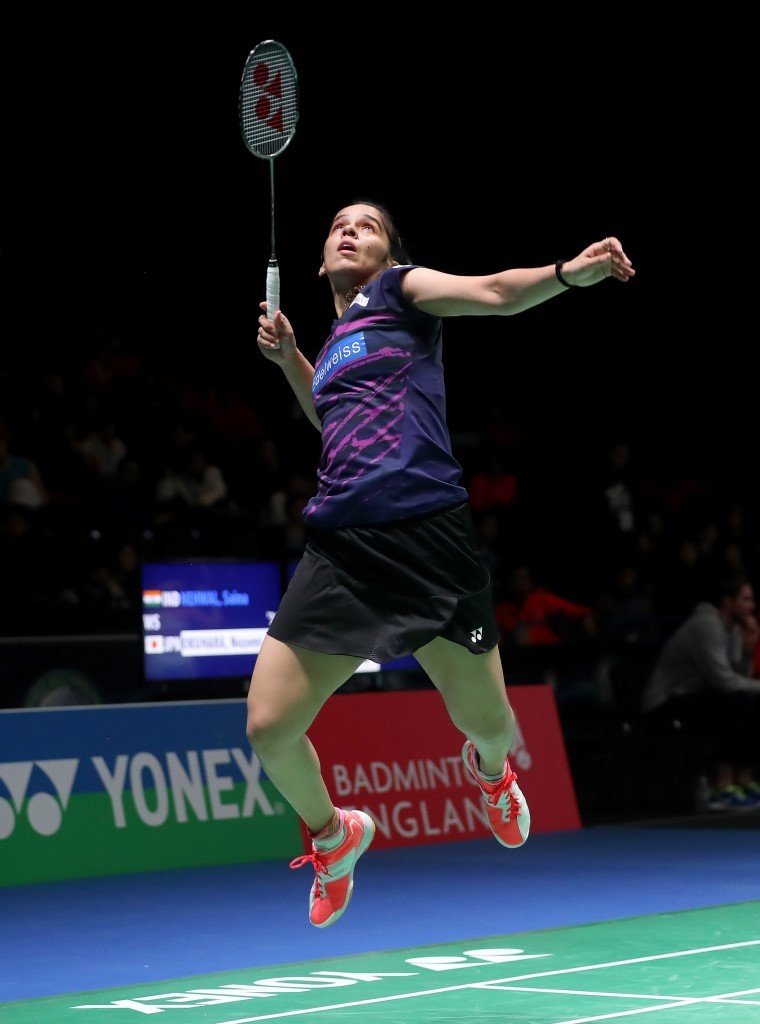 Japan’s loss of Women’s Singles title-holder, Nozomi Okuhara, in straight games (21-15 21-14) to Saina Nehwal of India – both players still recovering from shoulder and knee injuries respectively – was tempered by celebrations as two of its lesser-known pairs featured in shock upsets.

First, a resilient fightback by Shiho Tanaka and Koharu Yonemoto knocked out red-hot Women’s Doubles duo, Chen Qingchen/Jia Yifan, 15-21 28-26 21-18; saving three match points as they stunned the rising sensations. Having played together for two years and already beaten the Chinese No.5 seeds, Tanaka and Yonemoto felt they could still win the match, despite dropping the opening game.

“Our plan was to slow down the pace and play long rallies, to make them use a lot of energy,” revealed 26-year-old Yonemoto, adding they hope to make a deep run in the tournament.

Yuta Watanabe and Arisa Higashino (featured image) kept the good times rolling for Japan in a nightcap battle, sending last season’s Mixed Doubles winners, Praveen Jordan and Debby Susanto, tumbling to defeat in Birmingham: 21-17 19-21 21-12. Clearly disappointed, the Indonesians acknowledged theirs was a lacklustre performance, thus giving their rivals an opportunity to gain the ascendancy and confidence.

“We must play better in the upcoming tournaments because we have lost a lot of ranking points here,” noted Susanto in the aftermath.

Meanwhile, last year’s Men’s Doubles kings – Vladimir Ivanov and Ivan Sozonov – also perished at the first hurdle, plummeting in straight games to Denmark’s Mads Conrad-Petersen/Mads Pieler Kolding, 21-11 21-15. Having talked up their intentions to defend the crown they claimed so impressively in 2016, the Russians failed to find their rhythm versus the Danes and could not match their verbal pledge with action.

“I don’t know what happened. We got tight in the middle of the second game and made a lot of unforced errors. I did not play well at net. We are very disappointed,” said an inconsolable Sozonov, flanked by an equally dejected Ivanov.

By contrast, their Danish conquerors were delighted to exact revenge against the pair who ousted them from the All England quarter-finals last year.

“We struggled at the start of the second game but overall we controlled the match and deserved to win,” said a smiling Conrad-Petersen, noting they are highly motivated to win as both their parents are spectating. 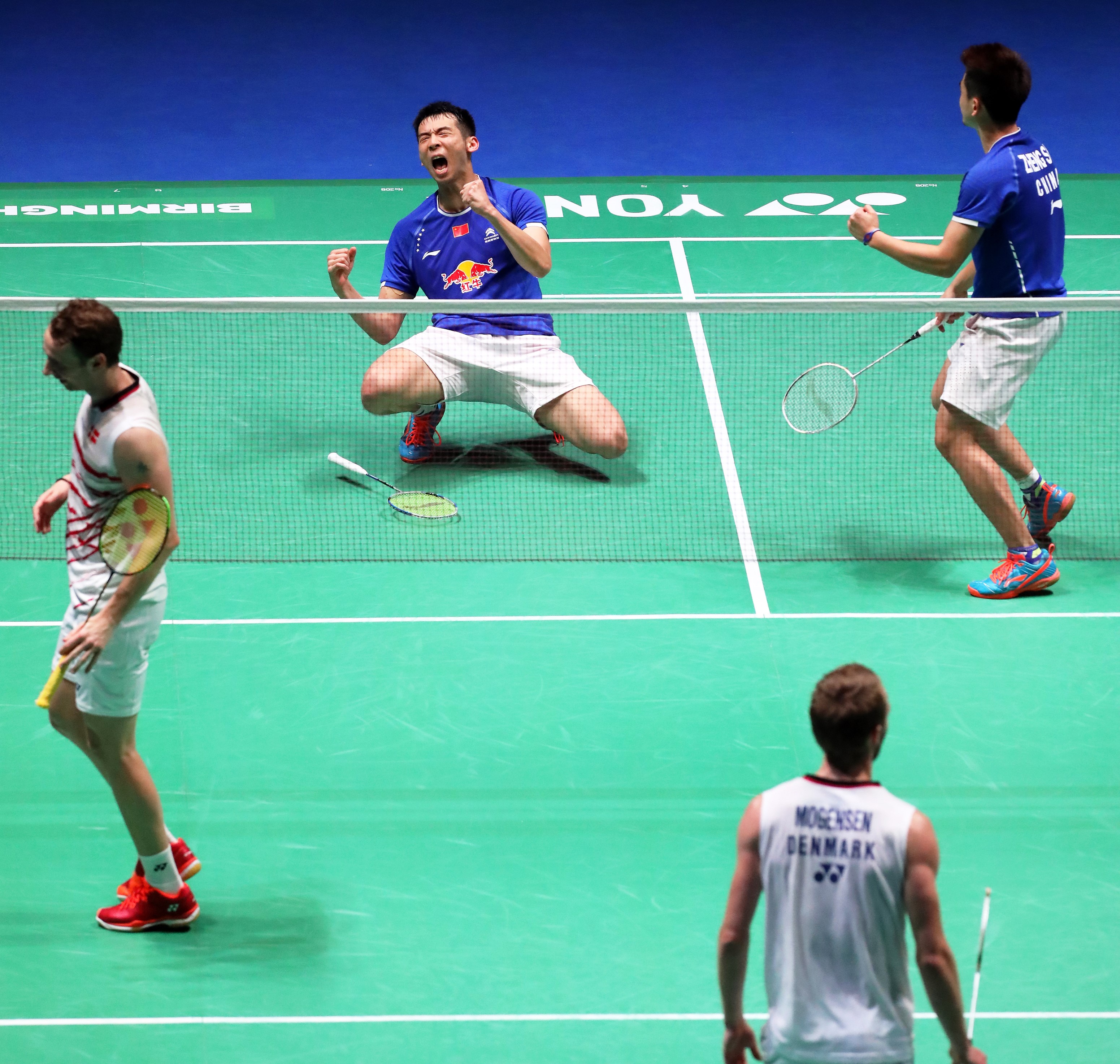 Their victory quest may also have assumed greater intensity as they watched their senior compatriots and No.2 seeds, Mathias Boe/Carsten Mogensen, fall to China’s Lu Kai/Zheng Siwei (21-15 22-20); the Danes failing to capitalise on advantages of 16-10 and 19-15 in the second game. Other Men’s Doubles stars bowing out included England’s Olympic medallists, Marcus Ellis/Chris Langridge, and the Indonesia-Malaysia pairing of Hendra Setiawan/Tan Boon Heong. The latter surrendered to Setiawan’s countrymen, Kevin Sanjaya Sukamuljo/Marcus Fernaldi Gideon, 21-12 21-17.

Apart from Korea’s Son Wan Ho, who retired early in Men’s Singles against Sony Dwi Kuncoro of Indonesia, the singles action went mostly as expected. India’s Kidambi Srikanth and Busanan Ongbamrungphan of Thailand found themselves on the wrong side of hard-fought contests, though 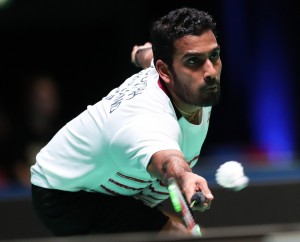 Any question marks over the stellar trio of Lin Dan, Chen Long and Lee Chong Wei were, for the time, put aside as all eased into the second round; Lin hunting a seventh All England title and seeking to repeat as champion. Only No.8 seed Ng Ka Long encountered any real trouble as he wrestled the honours from England’s Rajiv Ouseph in an hour-long encounter that ended 19-21 21-18 21-12.

“Opposing a home player is always tough. I was disappointed to lose the first game when I was up 18-12. Fortunately I was able to come back in the second and third games. I hope I can get through the second round and achieve a personal-best result here,” said the Hong Kong athlete.

On the women’s side, Olympic champion Carolina Marin was upbeat following her defeat of Denmark’s Line Kjaersfeldt. The Spaniard – who gave a walkover to Akane Yamaguchi in last weekend’s YONEX German Open final – prevailed 21-12 21-17 and declared herself ready to vie for All England glory again. 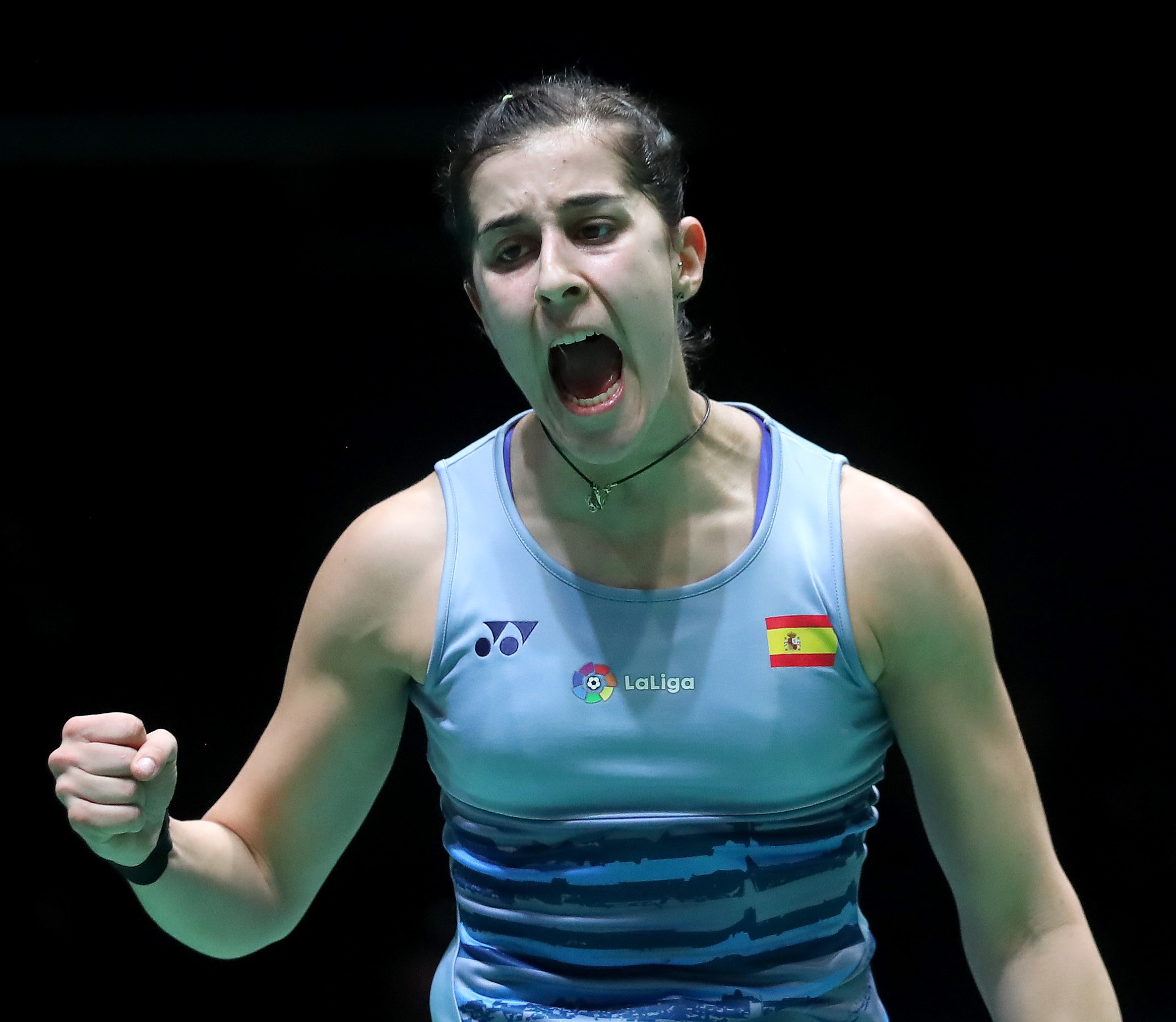