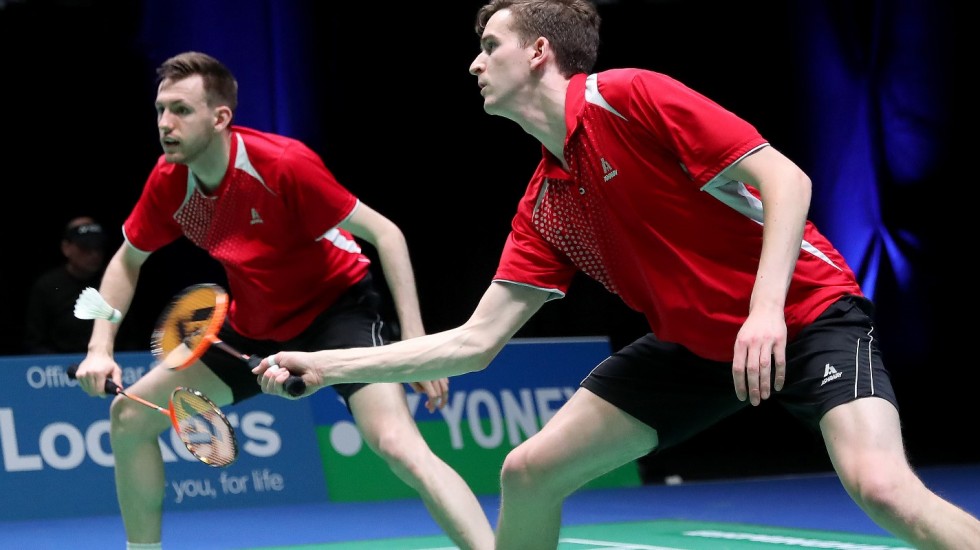 Last season’s surprise package at the YONEX All England Open Badminton Championships, Vladimir Ivanov and Ivan Sozonov, are eager to defend the prestigious Men’s Doubles crown which they won in Birmingham.

“I don’t know if any pair has won two straight All England titles. Not too many players can do this and, if we can, it would be great for us,” declared Sozonov, after he and Ivanov ended practice today for the first event of the MetLife BWF World Superseries tour.

“Of course we are more nervous than when we came last year. The crowd helped us a lot last year, cheering for us and that gave us energy and helped us not to be so nervous when we came on court.”

The Russian duo, who had previously upset more esteemed rivals, created a stir a year ago, blazing through the draw impressively before coming from a game down to snatch victory from Japan’s Hiroyuki Endo and Kenichi Hayakawa in the final.

“When we won last year it was very special. It was a great tournament and we hope that this year we can do well again,” recalled Sozonov.

“We want the same result. We are dreaming about (winning) it the second time.”

Despite the disappointment of losing their European title due to an injury to Sozonov in the semi-finals, last year proved a turning point for the gritty duo who also reached the quarter-finals of the Rio 2016 Olympic Games.

“More media want to talk to us. We have done many interviews and a lot more people are following our matches and are congratulating us on our success. There is a different view of Russian badminton now, especially for doubles,” said the 27-year-old, adding that more opponents “are targeting us and want to beat us now”.

The title-holders are scheduled to start their defence versus No.8 seeds, Mads Conrad-Petersen and Mads Pieler Kolding of Denmark at 3.40 pm at the Barclaycard Arena.

“We are 100 per cent ready to defend our title. We will need great concentration and we will fight very hard,” declared Sozonov.

Meanwhile, qualifying action took place today with many players battling hard through two rounds of competition for coveted spots in the main draw which starts tomorrow.

The qualifiers are as follows: