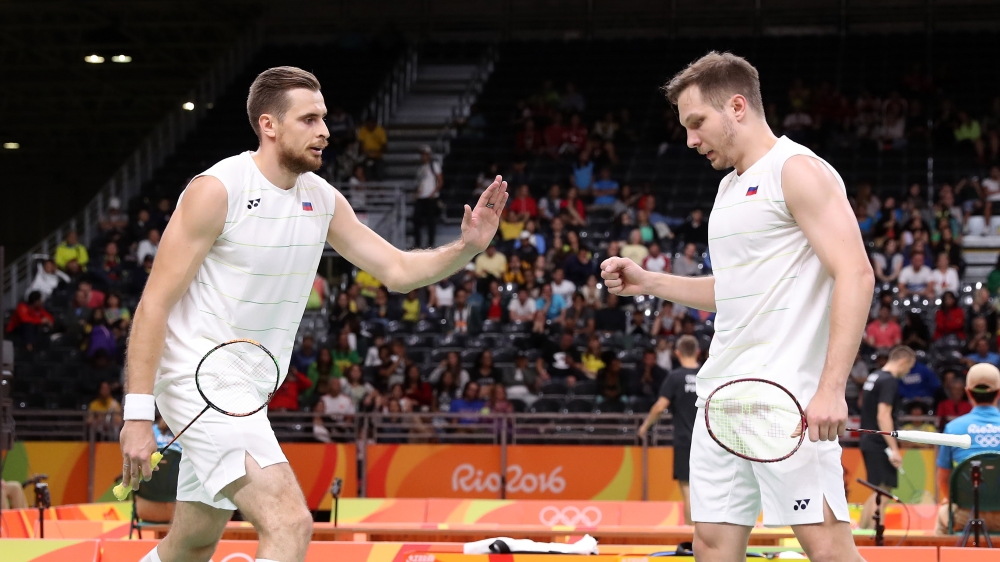 Ivanov was the hero for the Russians, winning both his matches to ensure a 3-1 margin. Ivanov and Ekaterina Bolotova won a tense opening Mixed Doubles encounter over Chris Adcock/Gabrielle Adcock, 23-21 23-21, to put the Russians on the path to victory.

Toby Penty brought England back into the hunt, winning his Men’s Singles over Anatoliy Yartsev, 21-16 21-16, but Russia made it 2-1 through Evgeniya Kosetskaya who prevailed over Chloe Birch in three games.

Defending champions Denmark had some trouble against Germany. Joachim Fischer Nielsen/Christinna Pedersen cruised past Mark Lamsfuss/Isabel Herttrich in 38 minutes, but Germany surprised Denmark by taking the Men’s Singles. Fabian Roth held his nerve against Viktor Axelsen in a 52-minute battle that he won: 21-18 10-21 21-18.

Line Kjaersfeldt made her mark, blowing away the challenge of Fabienne Deprez in the third game, 14-21 21-11 21-7, setting the tie up for Mathias Boe/Carsten Mogensen to finish it for Denmark. The Danes took the Men’s Doubles over Mark Lamsfuss/Josche Zurwonne 21-17 21-13.