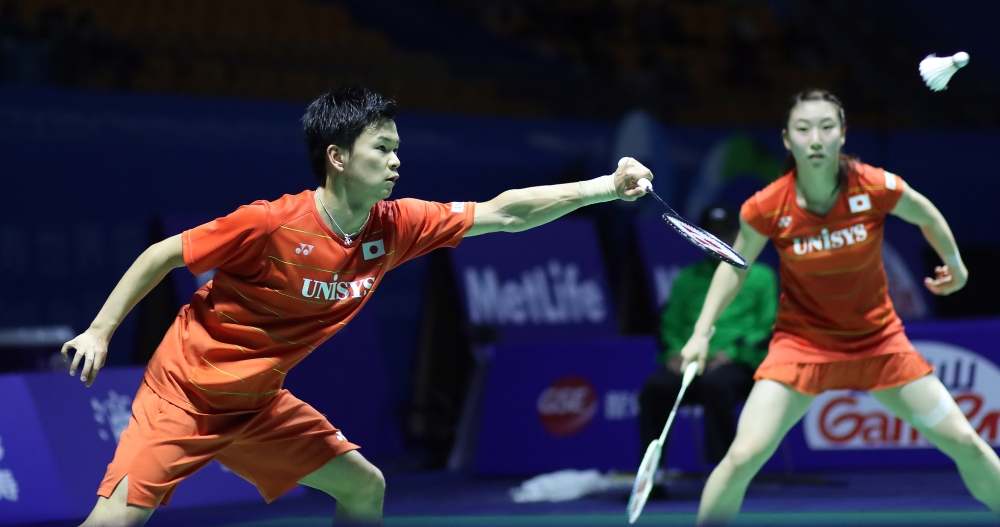 In the last four stage, Japan take on China while Thailand face Korea.

It was left to young Japanese pair Yuta Watanabe/Arisa Higashino (featured image) to complete Japan’s recovery and that they did in style against Edi Subaktiar/Annisa Saufika with a 21-16 21-17 result.

Thailand shrugged off a 1-2 deficit against India thanks to Pornpawee Chochuwong. The World Junior Championships finalist in Women’s SIngles helped Thailand level at 2-2 by beating Rituparna Das in a hard-fought match, 11-21 21-12 21-15.

Ashwini Ponnappa and Sikki Reddy put India on the right track by winning the first game of the Women’s Doubles against Rawinda Prajongjai/Jongkolphan Kititharakul in the last match. The Thais however took a close second game and powered through in the end, 15-21 21-17 21-7.

In the other quarter-finals, China decimated Malaysia 3-0, losing only one game in the bargain, while Korea were just as dominant over Chinese Taipei.