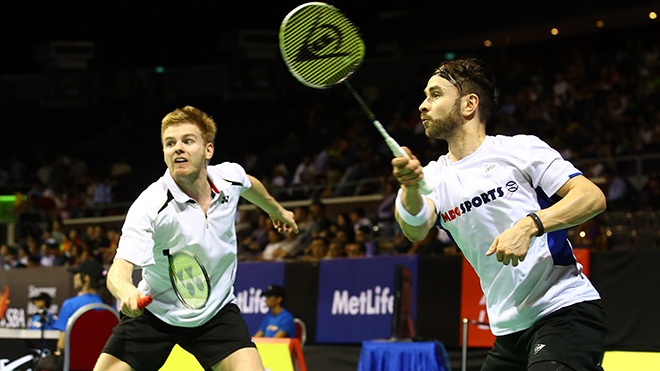 England’s doubles pairs came to their aid in the quarter-finals of the 2017 European Mixed Team Championships yesterday in Lubin, Poland. Chris Adcock/Gabrielle Adcock were tested in the second game of their Mixed Doubles match by Ruben Jille/Cheryl Seinen, but the England pair had too much experience for their opponents and finished the match in straight games, 21-13 21-18.

In the semi-finals today, England face Russia while Denmark take on Germany.

Russia held off a combative France 3-1. The French were on level terms for most of the tie, losing two of their matches in three games. Mixed Doubles duo Ronan Labar/Audrey Fontaine fell in three close games to Vladimir Ivanov/Ekaterina Bolotova, 18-21 21-9 21-18.

Russia won another close match with Evgeniya Kosetskaya prevailing over Delphine Lansac 15-21 21-16 12-18, before the Men’s Doubles swung the tie decisively in Russia’s favour. Vladimiv Ivanov/Ivan Sozonov were too strong for Bastian Kersaudy/Julien Maio, 21-18 21-9.