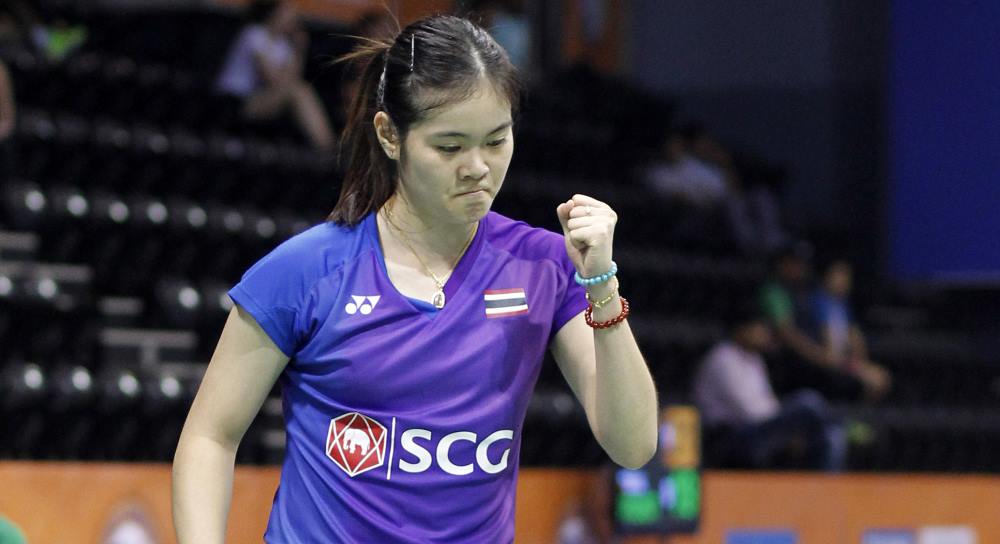 Busanan Ongbamrungphan was the only Thai out of four home finalists to claim a title at the Princess Sirivannavari Thailand Masters 2017 that concluded in Bangkok on Sunday. Ongbamrungphan (featured image), runner-up to Japan’s Aya Ohori at the SCG Thailand Open last October, reversed the result this time, beating Ohori in the Women’s Singles final 21-18 21-16. This was her first title since winning the Yonex Sunrise Indonesian Masters in September 2016.

On her way to the final, Ongbamrungphan beat two Chinese — Gao Fangjie in the second round and World Junior champion Chen Yufei in the semi-finals — both in three games. Ohori prevented an all-Thai final by overcoming Nitchaon Jindapol in her semi-final, 21-16 21-17.

Tommy Sugiarto hasn’t finished atop the podium since his home Yonex Sunrise Indonesian Masters in December 2015. On Sunday, he thwarted the ambitions of young Thai Kantaphon Wangcharoen in just 40 minutes in the Men’s Singles final, 21-17 21-11.

Top seed and Yonex Denmark Open champion Tanongsak Saensomboonsuk was upset in the quarter-finals by Malaysia’s Lee Zii Jia, who went on to lose to Wangcharoen in a three games thriller, 15-21 21-18 22-20. World No.6 pair Chen Qingchen/Jia Yifan’s winning momentum showed no sign of slowing down, as the Dubai World Supeseries Finals champions picked up their first title of the year. The Women’s Doubles duo enjoyed their third straight title win after victories in Macau and Dubai, beating Thailand’s Puttita Supajirakul/Sapsiree Taerattanachai 21-16 21-15. The Thais has earlier stopped another strong Chinese combination, Li Yinhui/Huang Dongping, in the semi-finals.