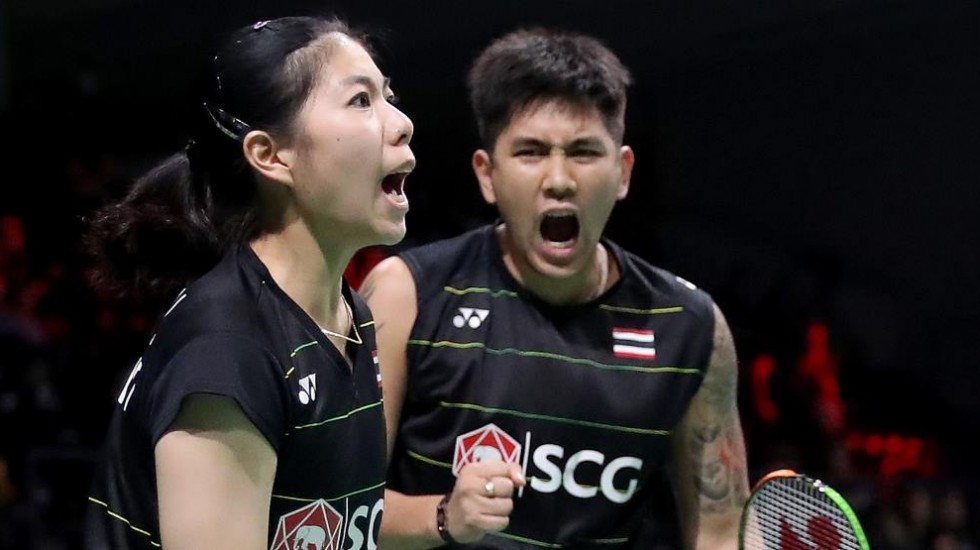 For a pair that teamed up just over a year ago, Bodin Isara and Savitree Amitrapai have enjoyed a healthy run in Mixed Doubles. The Thai duo, who were outside the top 60 early last year, broke into the top ten by the end of the season. Their rapid ascent was particularly noteworthy as Isara was a Men’s Doubles specialist before trying his luck with Amitrapai.

“Initially I didn’t think I could play Mixed Doubles because I’ve never played it before,” says Isara. “But after I started, I began to warm up to it. It is kind of fun and I did not feel pressured.”

His partner agrees that they took time to settle in. “At first we had to make a few adjustments,” says Amitrapai. “But subsequently it started to get better. Even though it was his first time playing Mixed Doubles, we didn’t feel any stress.”

After a modest start, they found the winning touch at the end of 2015 with triumphs at International Challenge events in Bahrain and Malaysia. Isara says those titles showed they were on the right track: “It gave me confidence and it also showed me that Mixed Doubles can be fun too. At the same time I have a partner I can communicate well with. I feel good and happy. I want to continue to keep playing in this category.”

With improved performances – including a runner-up place at the Swiss Open, semi-finals at the Yonex Sunrise India Open and quarter-finals at the Badminton Asia Championships last year – came their qualification at the Rio Olympics. Although they could not make much of an impact – exiting at the group stage – the experience is likely to help them develop into a stronger combination.

“It was a new experience as it was my first time at the Olympics,” says Amitrapai. “From there, I learnt what we have to improve on and what areas we have to develop in.” “It was a grand event and I am proud to have competed in it,” adds Isara. “The mistakes I did on court, I take that as a learning experience. When you compete at the Olympic level, you need to be able to control yourself and to be mentally tougher. So we have to correct our mistakes and improve on our game.”

Following the Olympics, the duo made the quarter-finals of the Yonex French Open. Their overall consistency saw them enter the top ten for the first time and gave them renewed confidence, making them eye bigger goals.

“I would like to climb higher than No.10 in the world,” says Isara. “I want to try to maintain our standard and to continue to stay within the top ten rankings. And if we have the chance, to go up to the top five.”