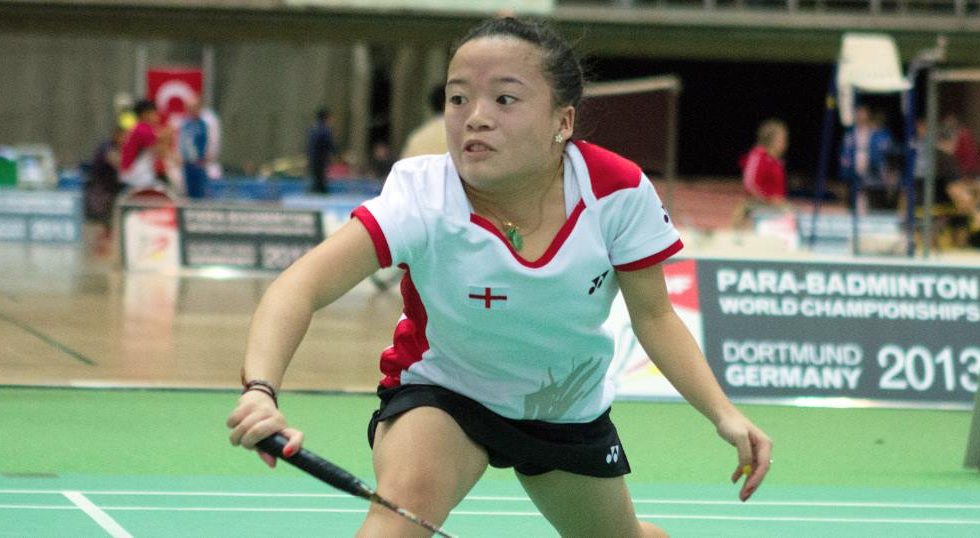 For the para-badminton community worldwide, anticipation for Tokyo 2020 began to build in October 2014, when the sport was included in the 2020 Paralympic Games. Among those who can’t wait for it to start is England’s Rachel Choong, triple gold medallist at the 2015 BWF Para-Badminton World Championships. “As soon I was made aware of para-badminton and began competing, the dream was to go to the Paralympics,” says Choong, who also won a double at the European Para-Badminton Championships last year. “I really do hope and pray that I will be able to go and win a medal in Tokyo. You watch the Olympics and Paralympics on television and you see the atmosphere and how electric it is and just to experience that or to attend would be phenomenal.”

Choong took up badminton thanks to her sister. She came up the ranks rapidly, achieving success not long after she started competing on the circuit in 2007.

“My sister started going casually to this badminton club where she was receiving coaching. Then one Saturday morning she said, ‘Oh why don’t you come down’, and I fell in love with it straight away. When I think about it, it seems so simple which I think that was what I really enjoyed about it and with my condition being short stature I knew that I didn’t feel too much of a disadvantage then.

“I started playing in local league matches as a junior. From there I got asked to represent my county Lancashire and for me that was a big surprise because I wasn’t aware of para-badminton at the time but I knew that I was of short stature so I was very surprised that I was still able to keep with the same level as the able-bodied junior players, so that was really nice for me.”

“The World Championships that I attended two years before was in Dortmund, only my mother was able to come with me but the last World Championships in 2015, I had my whole family there. I had my aunt, uncle, mom, dad and sister. The whole family was there and it was so nice to see them,” recalls Choong, who was awarded the 2016 UK Sport Inspirational Performance of the Year. She also received the Outstanding Achievement award at the National Badminton Awards in 2016 from Badminton England.

“I would say that there was a little bit of pressure on me to try and achieve the same goals I had set back in Germany so when I was able to win the three titles, it was very overwhelming and emotional.  I hadn’t actually realized that I had made English history until after the tournament. It was an incredible week and the best week of my life so far. I hope to never forget it.”