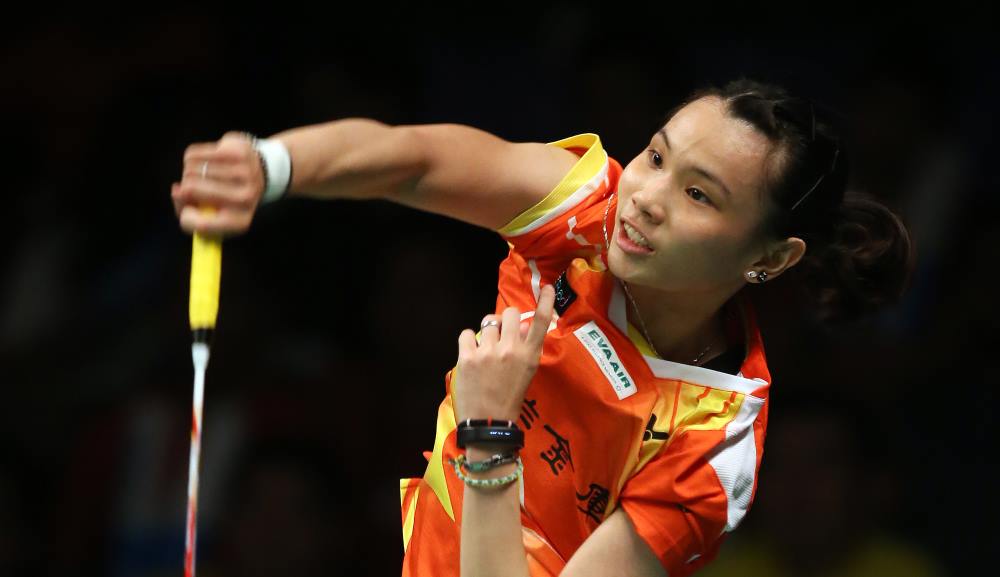 There was a hint of exasperation in Carolina Marin’s voice when asked about her lack of World Superseries title success in 2016. “I’ve said this a few times,” she said. “I didn’t win a Superseries but it doesn’t matter… I won the most important event of all.”

The nature of Marin’s Olympic triumph left no doubt that she was certainly the best of her contemporaries when it mattered most. And yet, unlike in 2015, Marin peaked but once. It is a tribute to her sense of occasion that she peaked on the most important stage of all.

Marin was the undisputed queen of 2015, with five Superseries titles and the World crown. This year was a different story – as the weeks and months ticked by, and with Marin going winless (except for the European Championships) into Rio, there was some doubt on whether she could hold off the competition.

The Spaniard put to rest all such speculation. Korea’s Sung Ji Hyun was the first to fall; defending champion Li Xuerui (China) was next. Her opponent in the final, India’s Pusarla V Sindhu, was a revelation, but even she could not stop the rampaging Marin. History was made for Europe with Marin winning gold, 19-21 21-12 21-15.

The other two medallists (Pusarla with silver and Japan’s Nozomi Okuhara with bronze) too had made history for their nations. The results at the Olympics reflected the new reality of badminton as a sport where new challengers had risen and achieved success against traditional powers.

Marin had modest successes in Superseries before and after the Olympics – her best results being semi-finals at the Yonex All England, Yonex Denmark Open and the Yonex-Sunrise Hong Kong Open. The Dubai World Superseries Finals remained a ‘final frontier’ that she has yet to conquer. Last year’s Dubai champion Nozomi Okuhara had the best possible start to this year, winning the Yonex All England, but she suffered inconsistent form through the year. August proved a lucky month with the bronze in Rio, but a shoulder injury at her home Yonex Open Japan meant a first loss to compatriot Akane Yamaguchi. The injury quelled any further hopes she might have had for the year. If Okuhara had often overshadowed Yamaguchi in 2015 and at the Olympics, it was Yamaguchi’s turn to shine in the latter part of 2016. The two-time former winner of BWF’s ‘Most Promising Player of the Year’ captured her first Superseries crown in three years with her triumph in Korea – over local hope Sung Ji Hyun – followed by victory in Denmark, where she beat Okuhara, Marin and Chinese Taipei’s Tai Tzu Ying. Her spike in form saw her reach a career-best ranking of No.7 in late December.

Women’s Singles continued to hold its position as the most open and competitive of all five categories. This was reflected in the fact that three players were World No.1 this year – Thailand’s Ratchanok Intanon, Spain’s Marin and Chinese Taipei’s Tai Tzu Ying.

Intanon was in blazing form in three stunning weeks of April-May, winning back-to-back Superseries in India, Malaysia and Singapore. Her three-title romp in three weeks was the first-ever in Superseries history; unfortunately for Intanon, she couldn’t carry that form into the Olympics and her season was blighted by injury.

Tai Tzu Ying (featured image), who endured a winless 2015, was in fine touch all through the year – beginning with a semi-final at the All England and a final in Malaysia. Her first title came at the end of a thrilling week in Indonesia, where she beat the top three Chinese of this generation – Li Xuerui, Wang Shixian and Wang Yihan – besides Okuhara, on her way to the title.

Her second title came in Hong Kong, where she beat the Olympic champion and the Olympic silver medallist on consecutive days. Asked what she thought of becoming No.1, she replied in her usual happy-go-lucky manner: “Becoming No.1 doesn’t mean anything to me, although I’m sure it means a lot to my family. I’m more interested in the process of improving my game!”

She was to sign off 2016 on a brilliant note, capturing the season-ending Dubai World Superseries Finals.

The season showcased a great diversity of top performers. India’s Pusarla, whose Olympic final against Marin set television viewership records, was one of the stars of 2016. The Indian captured her first Superseries title, at the Thaihot China Open, and made the final of the Hong Kong Open the very next week, where she fell to Tai.

While Pusarla basked in her Olympic and Superseries success, her senior compatriot Saina Nehwal had bitter disappointment in the form of a knee injury during the Olympics. Expected to do well in Rio following her title triumph at the Xiamenair Australian Open, Nehwal’s injury cropped up during her group match against Ukraine’s Maria Ulitina. The year will be remembered for the farewells of China’s indefatigable warriors Wang Yihan and Wang Shixian. While Yihan fell in the quarter-finals to Pusarla, Shixian wasn’t part of China’s squad for Rio – her last match was the final of the Yonex Open Chinese Taipei that she lost to local star Tai Tzu Ying in July.

The other name in this triumvirate of Chinese greats – Li Xuerui – suffered an injury in the semi-finals of the Olympics against eventual champion Marin and had to sit out the rest of the year.

Despite the disappointment at not winning a Superseires, Li and the two Wangs could take pride in leading China to their 14th Uber Cup title.

It is likely that China will feel the vacuum left by Wang Yihan and Wang Shixian, but they can count on their formidable line-up of youngsters. Of these, He Bingjiao has been the most promising – the Youth Olympic Games champion won her maiden Superseries in Japan over compatriot Sun Yu, followed by the Yonex French Open title over surprise finalist Beiwen Zhang (USA).

Sun Yu too had a good year, making no less than four Superseries finals and the last-four in Dubai. China can look to their juniors, most notably the World Junior champion Chen Yufei.

With the top Women’s Singles stars still in their early twenties, and a number of other prospects emerging, the category has everything going for it to retain the attention of fans.