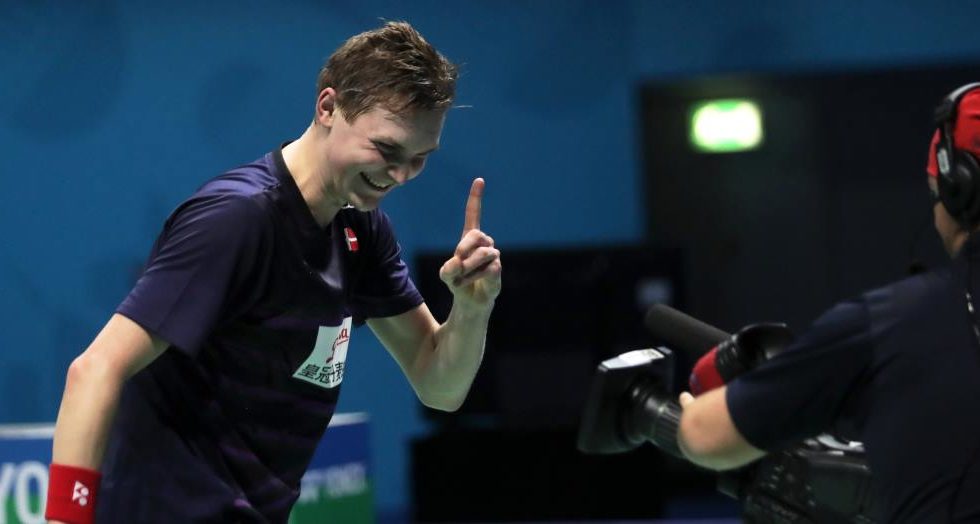 When it came, there was no exaggerated leap, no joyful shout – just disbelief.

Viktor Axelsen finally surmounted the one barrier that has stood in his way for many years – a first World Superseries title. It came on the grandest of stages – the season-ending Dubai World Superseries Finals.

The Dane, in his seventh Superseries final, delivered what he has promised for long – the Men’s Singles title – with a hard-fought 21-14 6-21 21-17 result over China’s Tian Houwei. Chinese Taipei’s Tai Tzu Ying regained her 2014 Women’s Singles title, taking the crown in comfortable fashion over Korea’s Sung Ji Hyun.

“Winning this title means the world to me,” said Axelsen. “I’ve been in many finals now… it was a battle of nerves, especially in the third set, and I am happy I came out strongest in the end. It wasn’t beautiful, but it was enough from my side.”

It was his newfound ability to stubbornly stay the course despite setbacks that won Axelsen the title. There were moments in the decider when it could have slipped away – a couple of misjudgements and some easy net kills that were blown. But as he showed over the last couple of days, the Dane refused to let himself get bogged down.

The third set was neck-and-neck, with Tian’s indefatigable retrievals nullifying Axelsen’s offense. The match swung decisively late in the game after a marathon rally – the Dane, visibly exhausted, dived left and right to keep the rally alive until it was Tian who produced the error. Axelsen found his second wind – three big jump smashes on the line took him to match point; the title was won when he rifled a shot at his opponent’s body. Axelsen turned to his coach and clasped his head in his hands. “I was really nervous in that third set, but in the end, I just said, ‘You know what, just stop this cr*p and just play with everything you got. Don’t act like a cry baby and just play the shot over the net’, and that was enough in the end,” added Axelsen.

The Women’s Singles final was a mismatch. Sung was a far cry from her energetic self in the semi-final victory over Pusarla V Sindhu; she was a step behind and far too erratic to test Tai Tzu Ying.

The Chinese Taipei star had to do little but keep the shuttle in play, for Sung moved on leaden feet and her shots were too wayward. Tai, true to style, produced some gems – including a unique shot that had her signature all over it – a backhand at knee level from the deep forehand corner. It was a day when she wasn’t required to be at her best – and she acknowledged as much: “I think Sung wasn’t moving well today. Maybe she wasn’t quite fit; it wasn’t difficult to deal with her. I’m surprised at how smoothly it all went. I’m thrilled to win my second title here and I thank all the fans who cheered for me. I loved the atmosphere in there.”

Sung said her semi-final had taken a lot out of her: “My condition wasn’t good, I just couldn’t move well enough and my shots weren’t on target. My long match yesterday drained me. Of course I’m disappointed to have lost my second final here.”