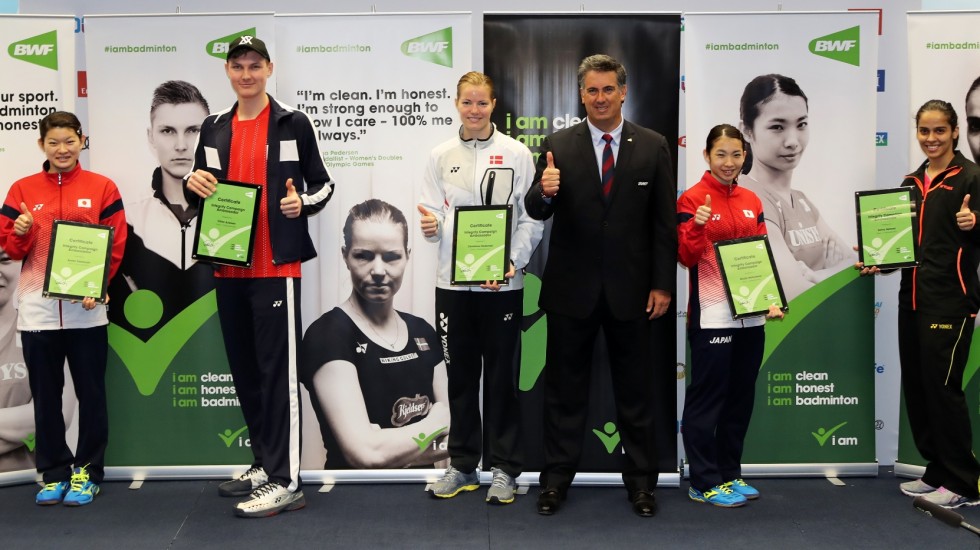 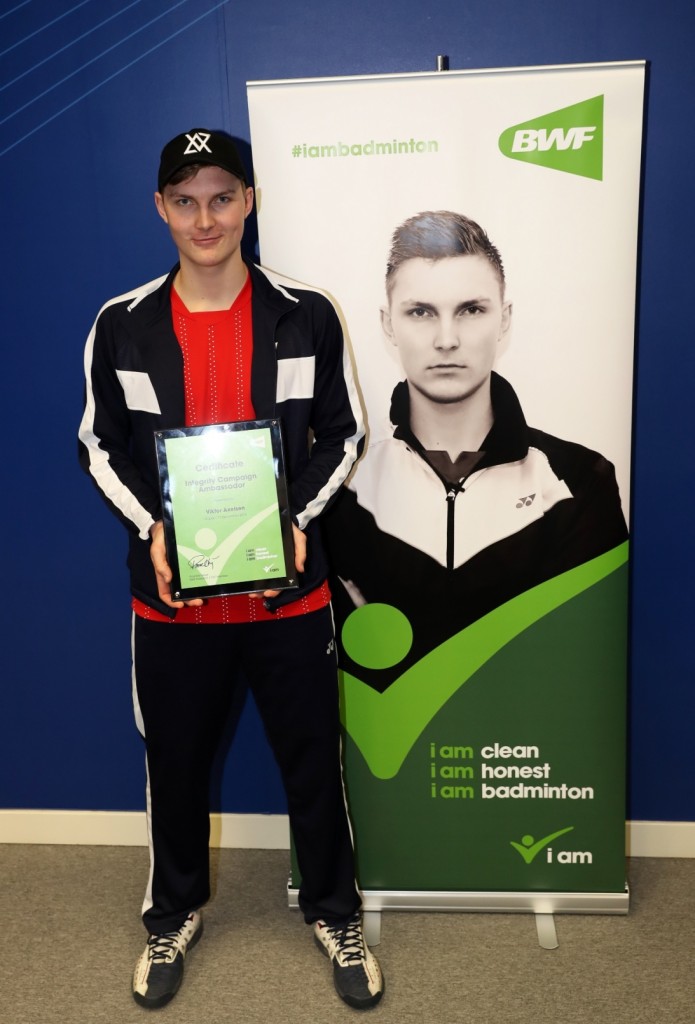 The launch of the Integrity Ambassadors’ campaign is the latest step in the BWF’s integrity programme – i am badminton – which began last season. The ambassadors – more of whom will be introduced in 2017 – will represent and promote the campaign’s values, serving as role models for the badminton world.

In essence, they will be the faces of the campaign, acting as role models through their conduct – both on and off court.

“In establishing this (integrity) programme, we determined that, as our players are at the centre of our sport, it would be fitting to have some of them represent the ‘i am badminton’ campaign as ambassadors,” explained Delgado, in a brief ceremony at Hamdan Sports Complex.

“It is my pleasure to welcome Ayaka Takahashi, Misaki Matsutomo, Saina Nehwal, Christinna Pedersen and Viktor Axelsen as the first BWF Integrity Ambassadors.

“They are five athletes who compete with passion and who take huge pride in playing cleanly and fairly. They represent the integrity of badminton.

“Congratulations to our new Integrity Ambassadors and I thank them all for their commitment to this programme.” 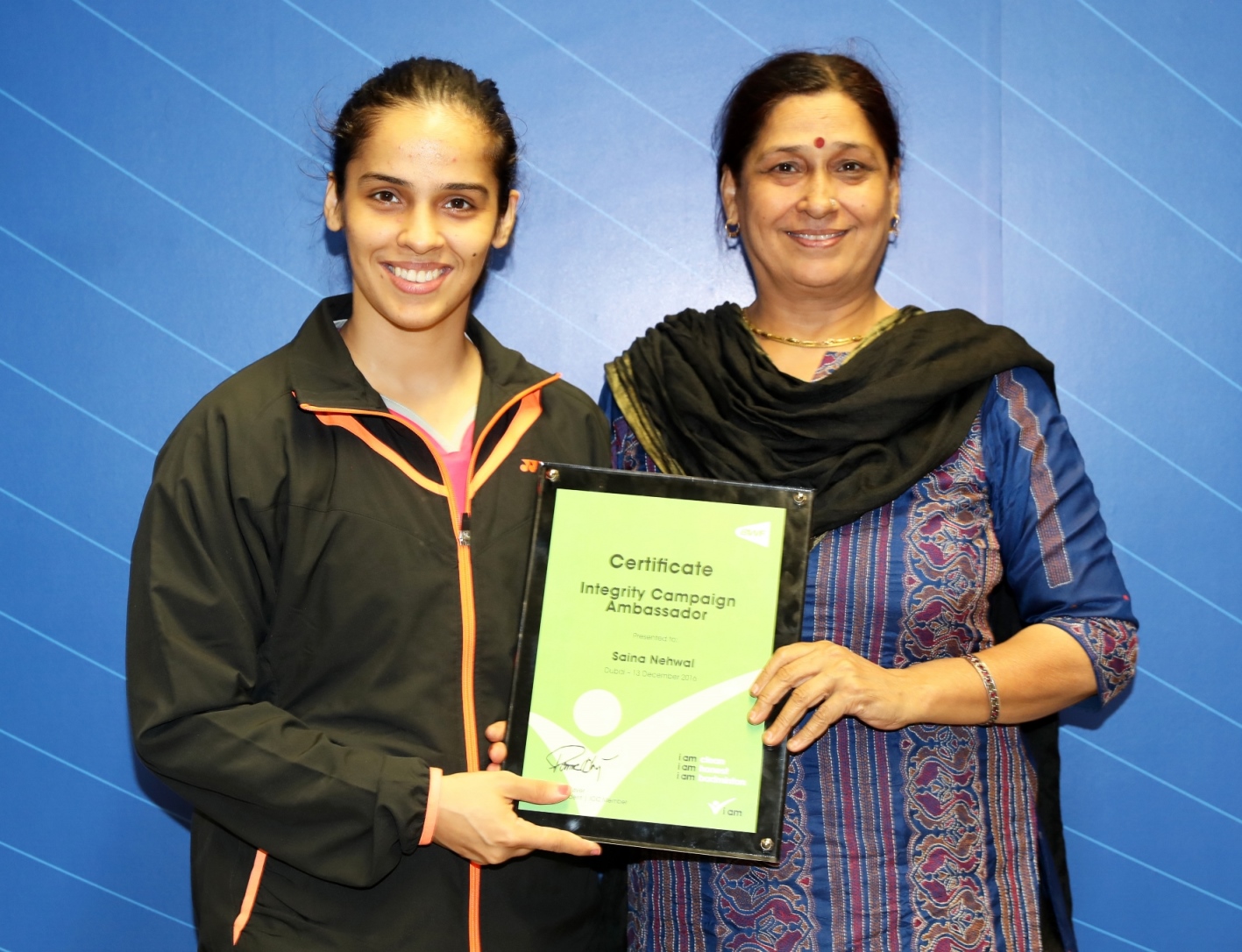 Following the presentation of certificates to the ambassadors, the players were photographed collectively and individually next to their campaign posters, featuring the core slogan – i am clean; i am honest; i am badminton – or the players’ personal quotes.

Rio 2016 Olympic Games gold medallists, Matsutomo and Takahashi, noted it was “an honour and a unique opportunity to be chosen for this role”.

“We want to continue being successful so we can live up to this honourable title and focus attention on playing clean and honestly,” said the Japanese pair who on Monday night were jointly crowned BWF Female Player of the Year after an outstanding season. 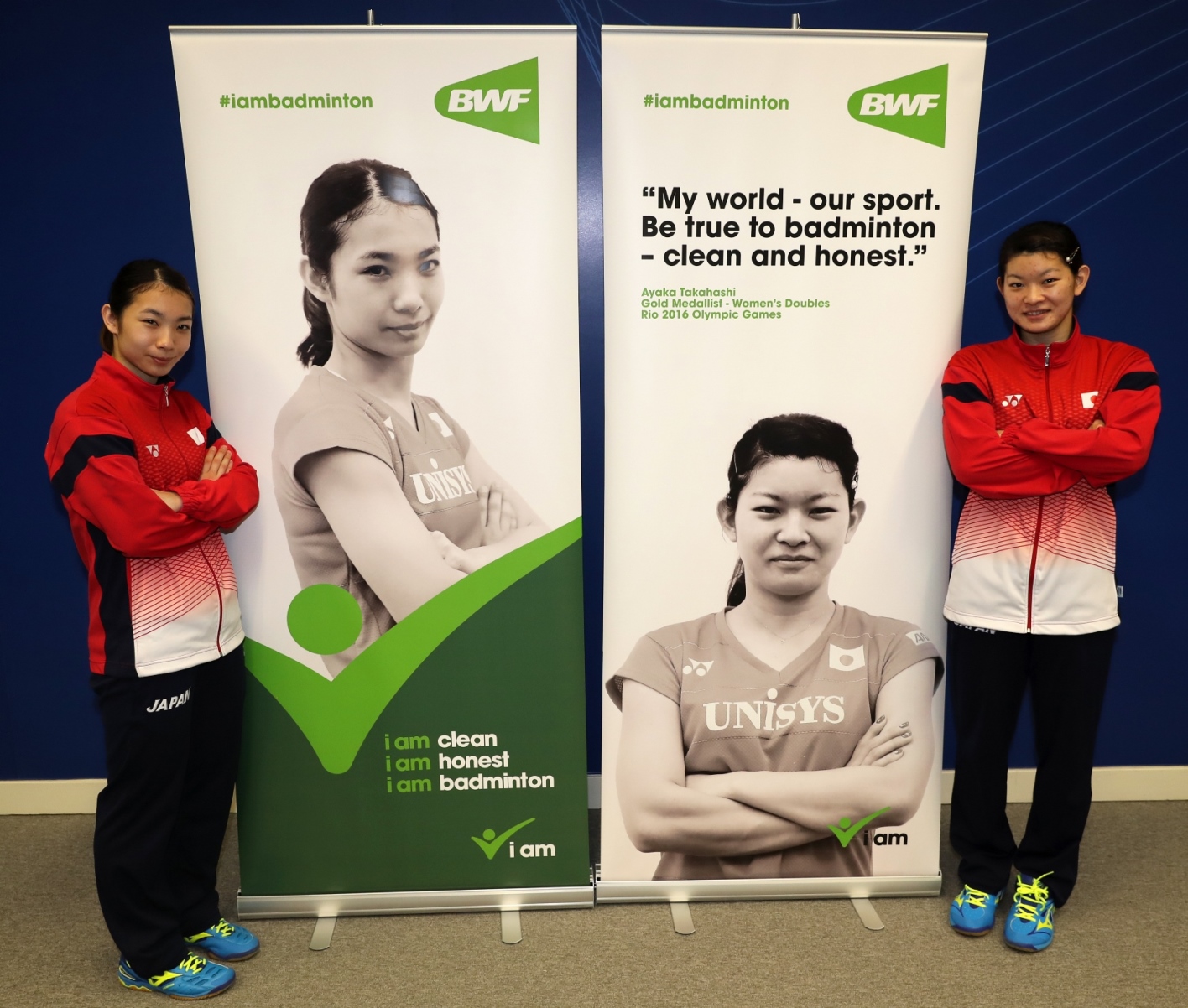 Pedersen hailed the decision to appoint Integrity Ambassadors “a really good step to secure our sport”, adding that she too is honoured to be an ambassador for BWF’s integrity programme.

Elaborating on the Integrity Ambassadors’ initiative, BWF Secretary General Thomas Lund said: “We want players to commit to upholding their integrity and thereby that of our sport. It’s an opportunity for them to let the world know what they stand for – that they are clean and honest athletes who love badminton.

“These ambassadors will speak about the importance of integrity to their peers and engage in various promotional activities with the BWF.” 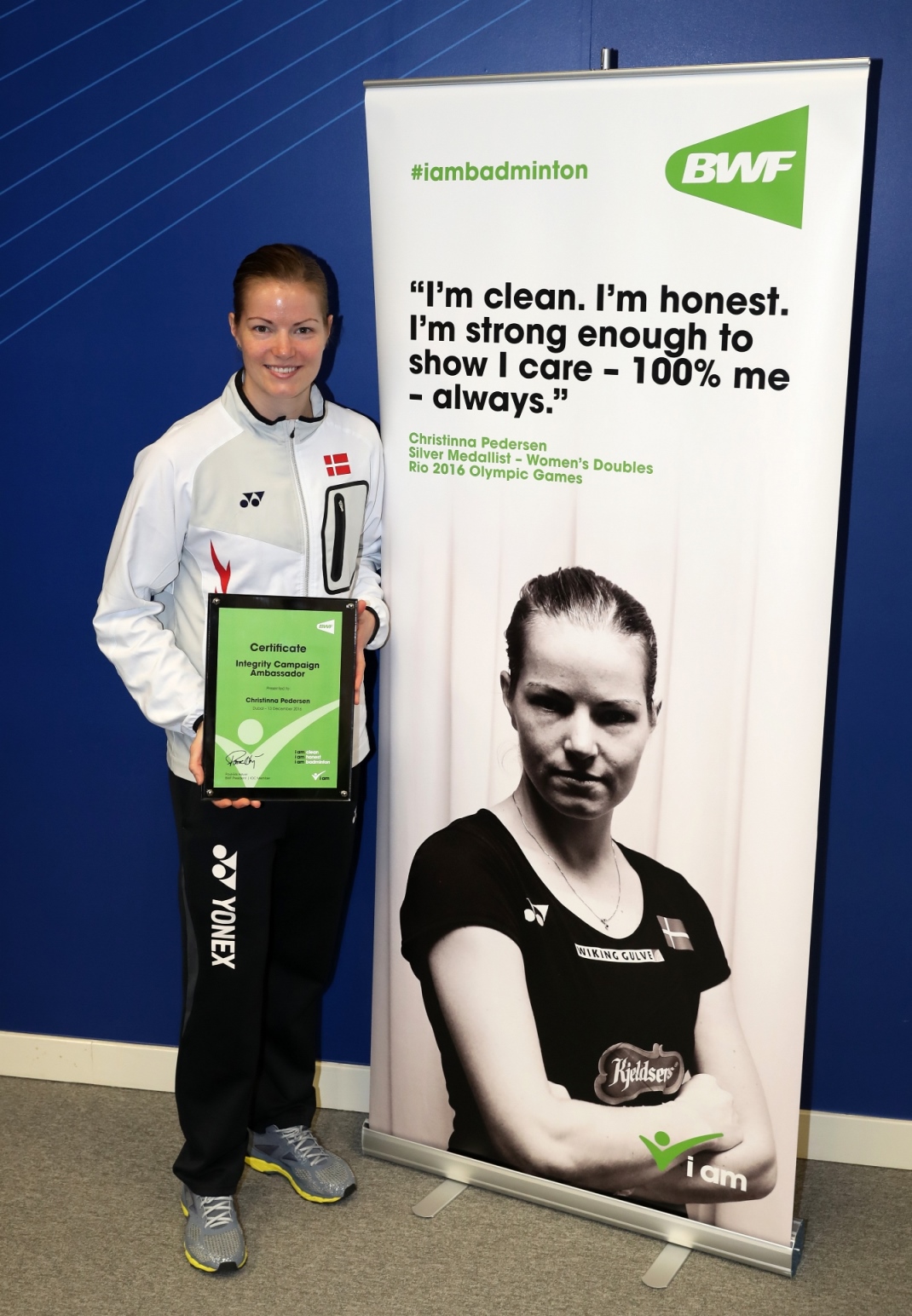