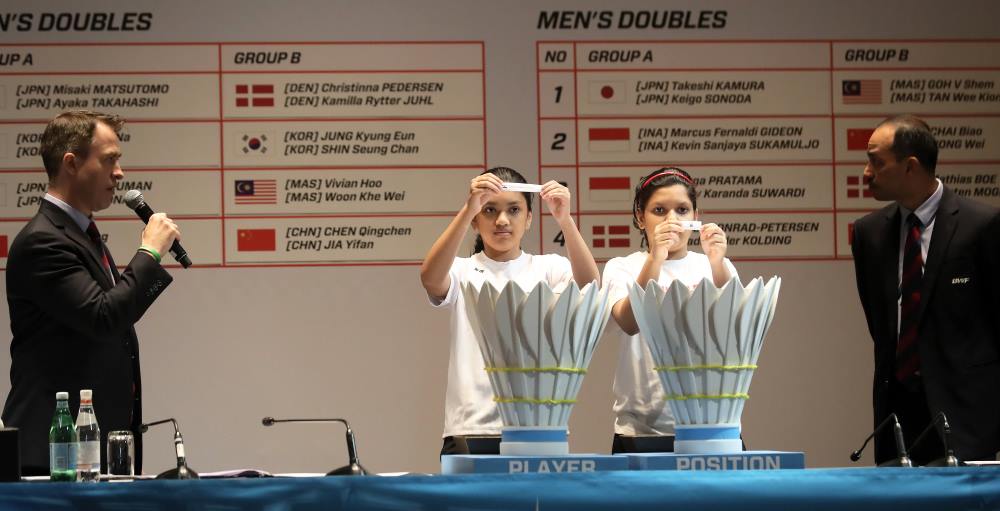 Olympic Women’s Singles finalists Carolina Marin and Pusarla Venkata Sindhu are set for an early showdown at the season-ending Dubai World Superseries Finals as they find themselves in the same group following today’s draw.

New World No.1 Tai Tzu Ying (Chinese Taipei), top seed at the event, is in Group A with Korea’s Sung Ji Hyun, Thailand’s Ratchanok Intanon and China’s He Bingjiao.

Tai, who will attempt to regain the title she won here in 2014, said she felt no pressure at coming into the event ranked No.1: “My mindset is the same, irrespective of my ranking,” she said. “I enjoy playing and giving my best on court. I haven’t thought much about being No.1. It matters more to people around me. I feel no pressure at coming here as the top seed.”

“Even though (Olympic champion) Chen Long is missing, it’s a strong field,” said Jorgensen. “I have to enjoy myself. The players really like it here as the set-up is very nice.”

“It’s a very important event for me and I’ve prepared well,” said Chai Biao, who fell at the final hurdle in 2014 and 2015. “Hopefully, this time we will get the title.”