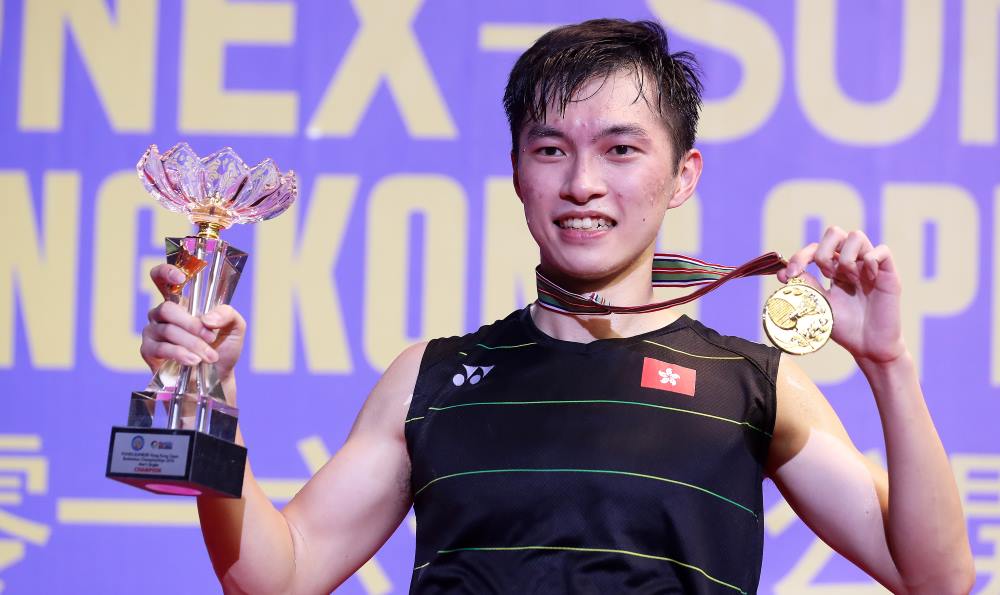 The Tai Tzu Ying Philharmonic Orchestra weaved its charms today, leaving an admiring victim in its wake in the Women’s Singles final: 21-15 21-17.

Tai crafted a creative masterpiece over India’s PV Sindhu. The dissonant notes of unforced errors that had disrupted her in the semi-finals win over Carolina Marin never made their presence on Sunday, for Tai was in total control. Rasping shots that found the line; net shots that described impossible arcs over the tape; withheld shots that teased her opponent into desperate lunges – the performance had all of this and more. Sindhu’s chances rested on her intimidating physical game; at Rio in August she had done just that, but today Tai’s defensive game too stood up to the test.

Sindhu conceded she lost to a better player: “It was her day. I played well but she didn’t make any mistakes at the net. I congratulate her for her win. She’s a tricky player, has good strokes and deception. I was prepared for everything. I was confident after my win in China.”

Tai was happy to reclaim the title she’d won in 2014: “I’m happy with the way I played, although I think I played better yesterday,” said the World No.3. “I took it easy, I didn’t put pressure on myself. My weakness is that I make a lot of unforced errors; I’ve have been trying to improve on that. Sindhu played well in the Olympics. I was nervous at the time. Today I was better prepared.” Sameer Verma’s giant-killing run came to an end against Ng Ka Long, who didn’t succumb to his own and the crowd’s pressures of seeking a first Men’s Singles victory for a home player. All the pent-up anxiety was released in the instant he converted his first match point – the Hongkonger let out a primeval scream as he fell to the floor.

“I used to watch the Hong Kong Open as a child and I wished I could be one of the players in the final in the future,” recalled Ng (featured image), having won the match 21-14 10-21 21-11. “I remember Lin Dan and Lee Chong Wei, they played in many finals.” The World No.14 was mostly composed, using his smash judiciously after creating the opening. Jubilation in the crowd turned to worry when he fell behind in the second, but Ng quickly took charge early in the decider, pushing the pace once again and regaining his attacking rhythm.

“This title means so much to me, because this is the first for Hong Kong,” said Ng Ka Long. “I was disappointed to lose the second game, the difference was quite large. I just told myself to forget it and focus on final set. After converting match point, I thought – all the pressure is gone and I just want to shout it all out!”

Kamura and Sonoda became only the second Japanese Men’s Doubles duo to win a Superseries in only their second final. The Japanese were their usual high-energy selves, putting Denmark’s Mathias Boe/Carsten Mogensen on the defensive with their relentless intensity. With a 17-11 lead in the second, the title appeared within reach, but the Danes turned it around and reeled off six points in a row. Tense moments later, the Japanese had the title in the bag: 21-19 21-19.

“We relaxed a bit at 17-11 because we thought we were winning,” said Kamura. “We managed to stay focussed at the end. This means a lot for us as it is our first Superseries title.” After a sticky first game, the Danes came into their own in the second, pulling off everything they attempted. The Chinese’s jump-smashing style yielded fewer and fewer returns with the Danes anticipating correctly and pushing their opponents around. The second game was over in a blink and the Danes had claimed their second World Superseries crown of the year.

A tearful Rytter Juhl dedicated the win to Lars Uhre, who was in his last match as Denmark’s head coach.

“It’s hard to believe we’ve won this tournament. We’ve been struggling in some of the early matches,” said Rytter Juhl. “We had a good talk with our coach Lars. I’m getting emotional because it’s his last tournament so we really wanted to give him a win. He’s been there for us for many years.”

Indonesia’s Praveen Jordan and Debby Susanto had never taken a game off their compatriots Tontowi Ahmad and Liliyana Natsir in three meetings. The script didn’t change on Sunday either, despite Natsir having trouble with her right knee. The Olympic champions had too much in their arsenal to be troubled by Jordan and Susanto: 21-19 21-17.

“It’s an incredible feeling,” said Natsir. “After we got the Olympic gold medal, people probably thought we would want to rest and not pursue other achievements. But we proved ourselves once again in China and Hong Kong.”