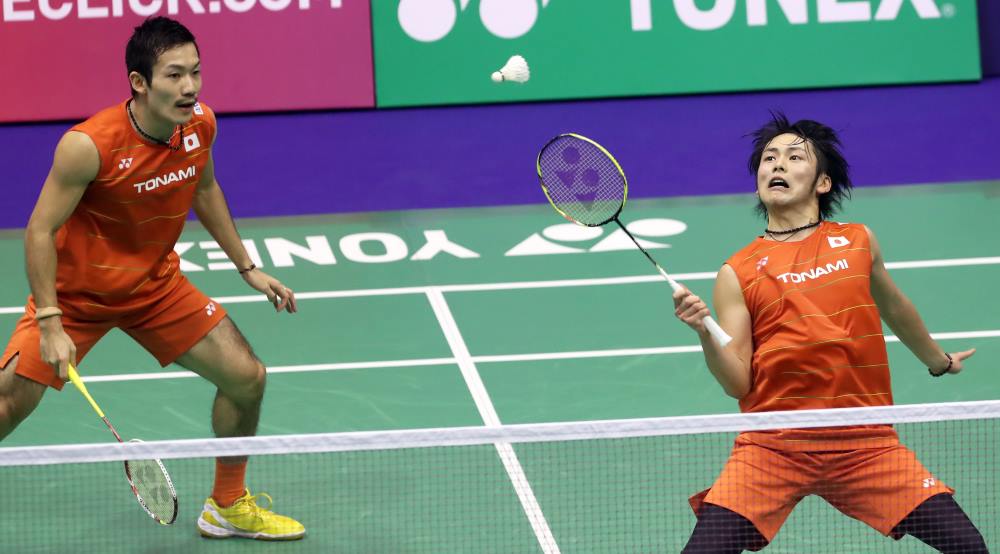 Sameer Verma authored one of the biggest upsets of the year, beating Jan O Jorgensen in the Men’s Singles semi-finals of the Yonex-Sunrise Hong Kong Open 2016 today.

Ranked 40 places below the Dane at No.43, India’s Verma blazed away with a nerveless performance on the highest stage of his young career. Jorgensen’s bid to make a fourth Superseries final this year was cut short 21-19 24-22.

India had more reason to cheer as Thaihot China Open champion PV Sindhu reached her second final in two weeks. There was some happy news for Denmark as well, with Men’s Doubles duo Mathias Boe/Carsten Mogensen ensuring their place at the Dubai World Superseries Finals by winning their semi-final. Jorgensen was coming off a successful week in China, while Verma has had a mostly unremarkable season. There was nothing to suggest he wouldn’t be another of Jorgensen’s victims. The 22-year-old Indian, though, was fleet of foot and strong of will, pouring on the pressure until the effort proved too much for Jorgensen. The second game saw the Dane make a series of errors; even four game points proved insufficient to take it to a third.

“I didn’t think too much before the match,” said the soft-spoken Verma. “I tried to make him run around the court. I didn’t expect to do so well. I called my coach (Gopichand) yesterday and he told me to just keep calm.”

“No more energy,” shrugged Jorgensen. “I struggled all week. There wasn’t much left. I tried to be tricky in the second set and sneak a set, but he was too good. He was fresh… well played, good game, credit to him. I need to take some days off.” Earlier, local hope Ng Ka Long set himself up for a dream Sunday as he made the Men’s Singles final on home soil.

The 22-year-old Hongkonger entered his first World Superseries final and in the process, raised hopes of a first-ever Men’s Singles title for a home player. His 21-19 21-7 defeat of compatriot Hu Yun in the semi-finals today meant that Hu would miss out on automatic qualification for the Dubai World Superseries Finals.

Aware of what was at stake, Hu threw everything into the contest in the opening game. At 17-14 he had a whiff of taking the lead, but Ng was unflappable and caught up. A deft net shot at 19-all helped him gain the edge he needed, and he immediately converted.

The loss of the opening game appeared to crush Hu’s resolve, for he grew increasingly desperate. Several wild shots didn’t help his cause and his challenge evaporated in a trice.

“I’m excited to be in my first Superseries final; it’s very special that I’ve achieved this at home,” said Ng Ka Long. “I’m hoping to be the first Men’s Singles winner from Hong Kong. I was quite consistent today and handled the pressure well. I’ve improved over the last year, especially with respect to my mental strength and ability to handle pressure. This is the best result of my career.”

Tai was alternately brilliant and profligate all through her match against the Olympic champion; outclassing her opponent with her eclectic mix of strokes that had her scrambling around, and just as easily loosening the spell with wayward shots. Marin, recovering from the nicks and cuts dealt by the loopy soft drops and delayed flicks of her opponent, turned on the afterburners and set a furious pace that nearly saw her through.

Leading 15-12 in the third, and closing in for the kill, Marin had her opponent in plenty of trouble.

Tai couldn’t have chosen a better moment to turn things her way. The wristy trickery that had troubled Marin earlier in the match soon returned. Harried by the sudden shifts of pace and angles hidden in those flicks and dabs, the Olympic champion lost a rush of points. It was Marin, uncharacteristically, who self-destructed in the end: a kill sent long giving Tai the opportunity to reclaim the title that she won in 2014.

“In the beginning of the third, Carolina was very fast and I couldn’t catch up,” said Tai. “I told myself I don’t have time left, I have to push harder. I made a lot of unforced errors, but I was able to control myself towards the end. I tend to make a lot of mistakes; that’s something I need to work on. The support of spectators here made a difference.”

A dejected Marin said she would now aim for the Dubai World Superseries Finals. “I’m disappointed with my game today, I couldn’t control it towards the end,” said Marin. “I wanted to keep fighting till the end. It has been a long season and I’m very tired. I’m happy with my performance this year. It’s okay that I didn’t win a Superseries because I won the most important tournament this year (Olympics). I will try my best in Dubai. After that I want a break as I have to recover.” Yonex All England champions Praveen Jordan and Debby Susanto survived nervous moments to clinch the Mixed Doubles semi-final over Korea’s Choi Solgyu and Chae Yoo Jung. Both pairs started to get shaky at the end, with Chae, Choi and Jordan netting their serves. The Indonesians finally got the winner at 19-21 21-18 21-18.

“We were rushing it as we wanted to finish the match,” Susanto said. “We have never beaten Tontowi and Liliyana, so that will inspire us.”

Their opponents tomorrow will be Japan’s Takeshi Kamura/Keigo Sonoda (featured image), who won a fast and furious encounter against China’s Chai Biao/Hong Wei, 21-15 19-21 21-17. Christinna Pedersen and Kamilla Rytter Juhl continued to savour an exceptional year, making their second Superseries final with a 21-13 21-11 decimation of China’s Bao Yixin/Yu Xiaohan. The Danes barely did a thing wrong all match, with the Chinese reeling from the sustained speed and power of their opponents.

Facing them in the Women’s Doubles final will be another Chinese pair, Huang Dongping/Li Yinhui, who beat compatriots Chen Qingchen/Jia Yifan 21-18 22-20.