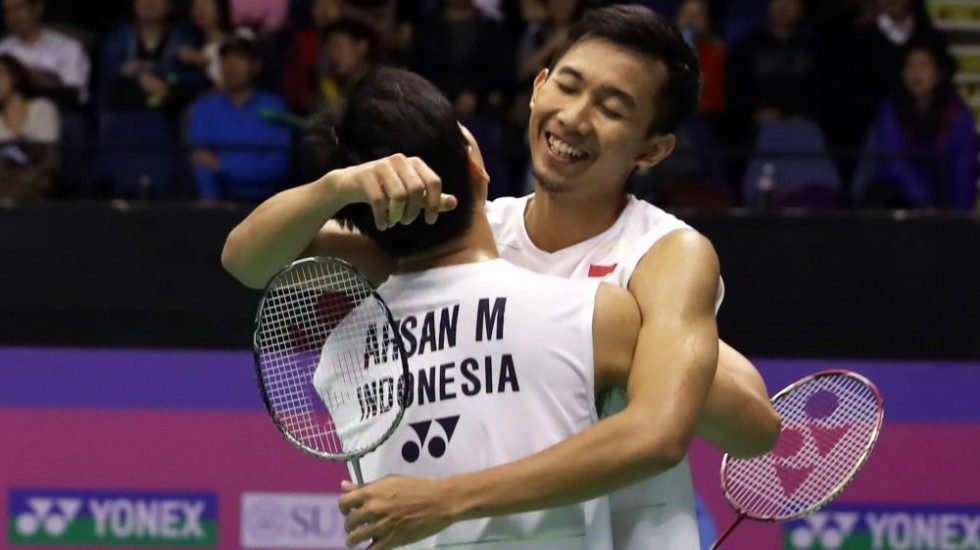 Carolina Marin stayed in sight of a first World Superseries crown this year, making the semi-finals of the Yonex-Sunrise Hong Kong Open 2016 today. 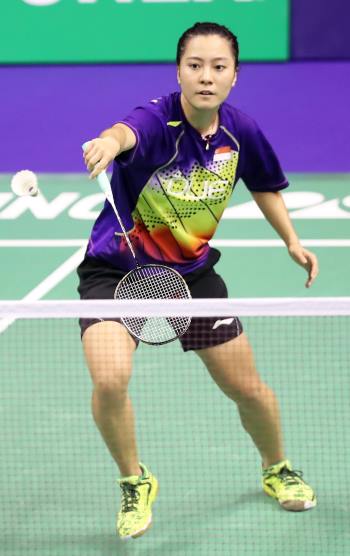 A repeat of the much-watched Olympic Women’s Singles final is on the cards, with silver medallist PV Sindhu (India) also making the semi-finals and in the process, assuring herself of a place in next month’s Dubai World Superseries Finals.

Meanwhile, in Men’s Singles, local hope Hu Yun got to within one win of making it to Dubai by beating Indonesia’s Sony Dwi Kuncoro in the quarter-finals. A victory in tomorrow’s semi-final, over compatriot Ng Ka Long, will see Hu overtake Malaysia’s Lee Chong Wei in the Destination Dubai Rankings. Hu is the only contender left, after his compatriot Wong Wing Ki fell; Wong had to make the final to stand a chance at qualifying.

“It was a really tough one, but I gave a good performance today, and I’m happy with that,” said last year’s Hong Kong Open champion. “I don’t want to think that I’m defending the title. I have to take it game by game.”

On her semi-final with Tai Tzu Ying – who beat her last week in China – Marin would only say: “Let’s see what happens. It’s gonna be a tough match.” 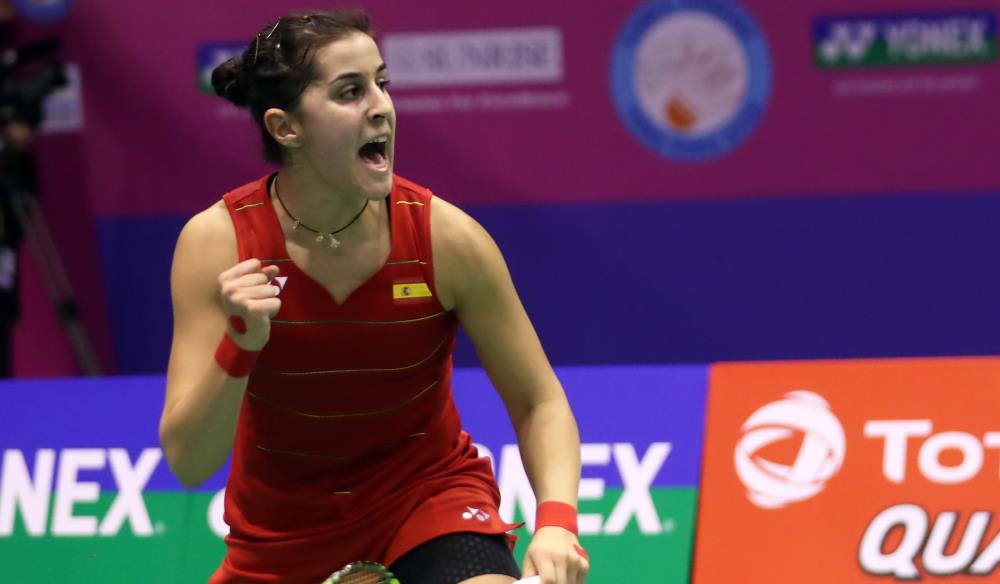 The last remaining spot for Dubai was between Sindhu and compatriot Saina Nehwal, who were just 410 points apart. Nehwal, having returned to competition after a long injury layoff, turned in another brave performance, nearly getting past Cheung Ngan Yi before her Hong Kong opponent breasted the tape ahead of her: 21-8 18-21 21-19.

Sindhu too had plenty of trouble in her quarter-final against Liang Xiaoyu. The Singaporean was all bustle and attacking energy and built up healthy leads of 14-7 and 15-9 in the decider.

With the deficit getting wider and wider, Sindhu, her face a picture of despair, shot nervous glances at her corner. It required all her experience to stay in the contest, but once she reached double digits, the momentum began to swing. Four straight points from 17 closed out the contest, 21-17 21-23 21-18.

“I was very nervous,” admitted Sindhu. “I was 7-14 down in the third. I was not confident with my shots; even when I played safe, they were going out, I didn’t know what to play. After I got a few points I became confident. Liang Xiaoyu has improved a lot.”

In Women’s Doubles, it will be up to Christinna Pedersen and Kamilla Rytter Juhl to stop a Chinese title victory. The Danes were the only non-Chinese to make the semi-finals, after they battled past Thailand’s Rawinda Prajongjai/Jongkolphan Kititharakul, 19-21 21-16 21-18. 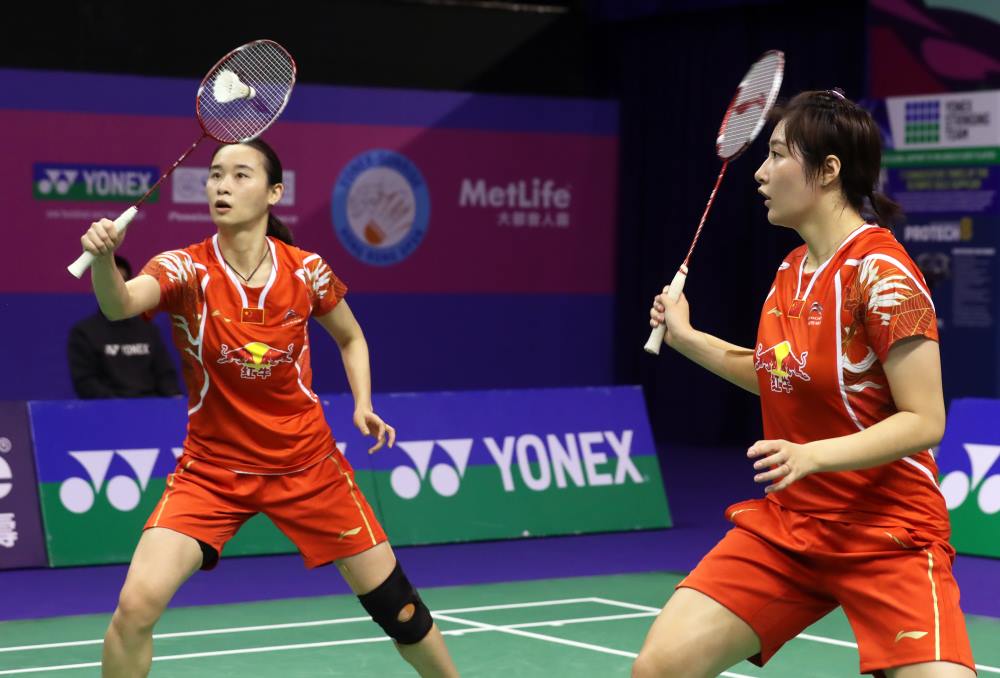 “It was a mess. We couldn’t find the rhythm,” said Pedersen. “After the first game we made a good comeback, a bit like yesterday. We talked of playing a bit more simple than usual. It was bumpy all the way. 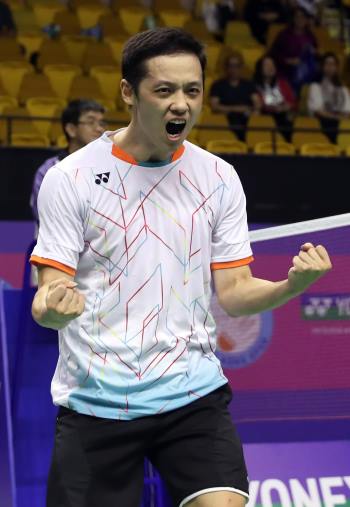 “If we play the semi-finals like we did today, I’m not sure we can win. We need to step up and find a higher level, but I believe me and Kamilla can do that. We look forward to playing the Chinese. We love the challenge against them, they’re making new combinations and this is a new one, we haven’t played them before.”

It was Chae’s quicksilver reflexes that swung the match the Koreans’ way; the left-hander returned from desperate positions in the face of relentless Chinese attack, giving Choi the opportunity to kill and close it out 21-19 14-21 21-19. 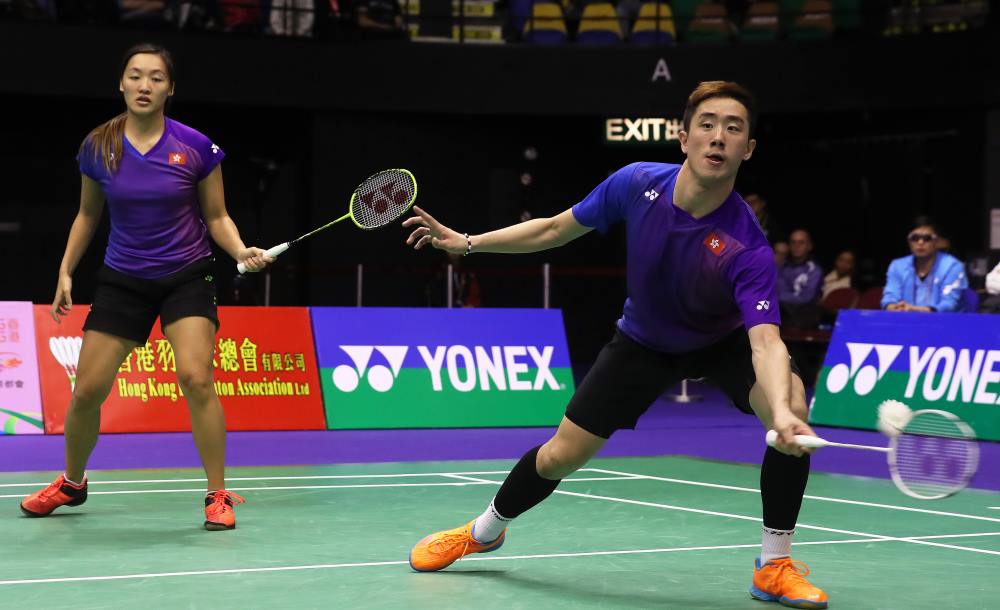