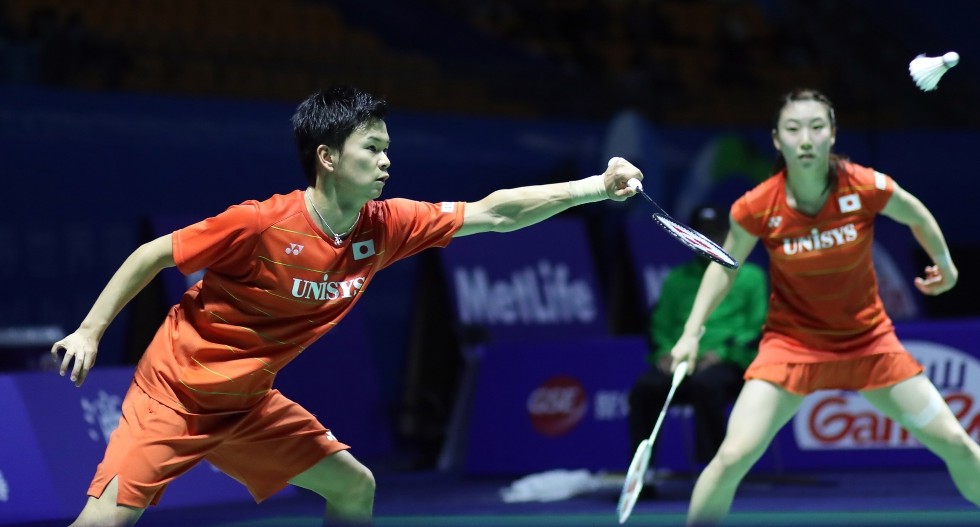 Chinese teen Li Yinhui was the star of second round proceedings at the Thaihot China Open 2016 today, featuring in two upsets.

Li and Huang Dongping ruined the day for Women’s Doubles top seeds Misaki Matsutomo and Ayaka Takahashi, who were seeking their fifth World Superseries title this year. Li then teamed up with Zhang Nan in Mixed Doubles and the new pairing proved too good for Olympic silver medallists Chan Peng Soon/Goh Liu Ying. 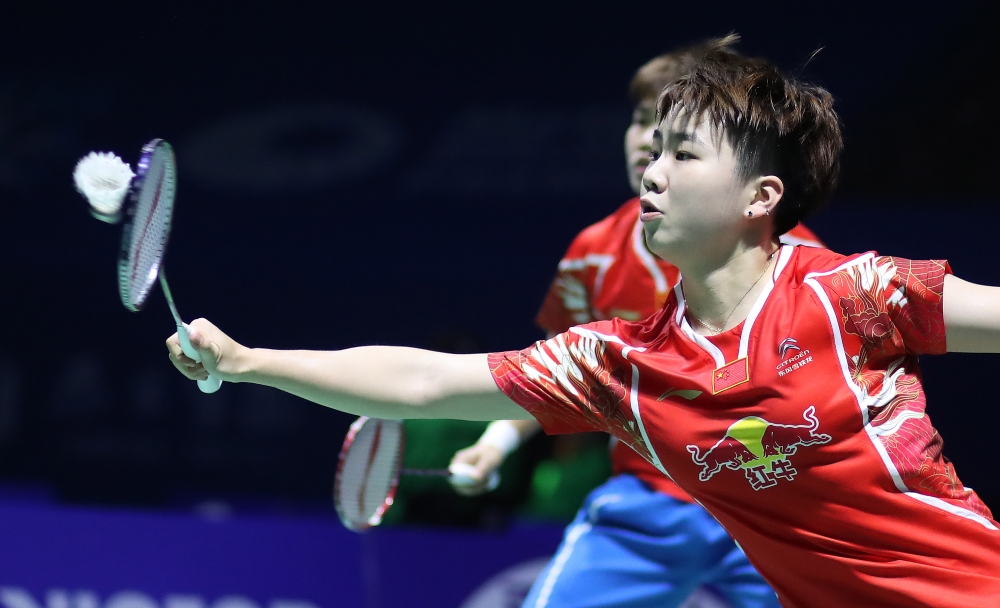 The Chinese duo’s upset of Matsutomo and Takahashi was particularly significant for the home team, for the Japanese were the biggest threats to China’s uninterrupted reign in Women’s Doubles stretching back 15 years. The Japanese put behind a contentious line call at the end of the second game and shot ahead to a comfortable lead in the decider, keeping a distance from their challengers. Huang and Li, however, proved feisty and refused to buckle despite trailing at the death, 15-19. Powered by Huang’s energetic play at the back and Li’s sharpness at the front, the Chinese levelled, saved one match point, and sealed their quarter-final place at the first opportunity: 14-21 22-20 22-20.

Denmark’s Christinna Pedersen/Kamilla Rytter Juhl, another pair that the Chinese will be wary of, made the quarter-finals after overcoming trouble from Indonesia’s Anggia Shitta Awanda/Mahadewi Istirani Ni Ketut, 21-17 17-21 21-15. 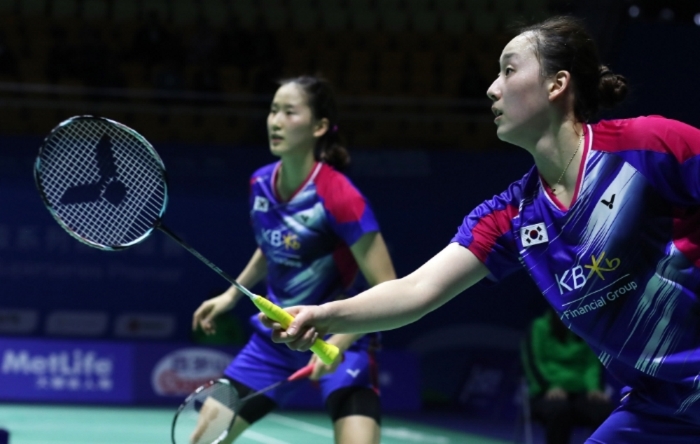 “It was important for us to keep the energy high,” said Rytter Juhl. “It was too low in the second and start of the third. We were down 3-7. Christinna said we need to have more energy. It worked out quite well. That was a good comeback.

“They play a classic Indonesian style. They have good technique, and it feels like they’re not coming with a lot of energy, but the energy is in the hands, they have so many good shots, so skilful, it’s difficult for us to see what they’re going to do. You can see that they’re having fun while playing. It’s fun to play them, but it’s also very difficult!” 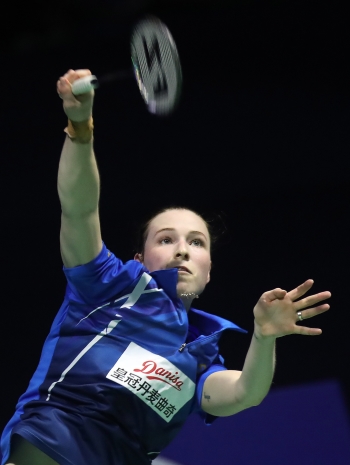 Marin, Tai to Face Off

The lower half will see India’s PV Sindhu against China’s He Bingjiao and Korea’s Sung Ji Hyun against Japan’s Akane Yamaguchi.

Sindhu found herself in a tight battle with recent Yonex French Open runner-up Beiwen Zhang (USA). The Indian was forced into long exchanges in which Zhang revelled, and for the most part, it was an even contest until Sindhu broke away after the mid-game interval in the third.

“I’m playing Beiwen after two years, she’s playing well as she was confident after reaching the final of the French Open,” said Sindhu. “I was leading in the second game but gave too many points away as I was nervous. Overall, it was a good match. There were a lot of rallies, neither of us was letting go. The shuttle would suddenly go slow in the middle of a rally… both of us tried to play safe, and I started opening up only in the end. Tomorrow, against He Bingjiao, I need to be patient and alert. As a leftie, she’s got some good flicks.” 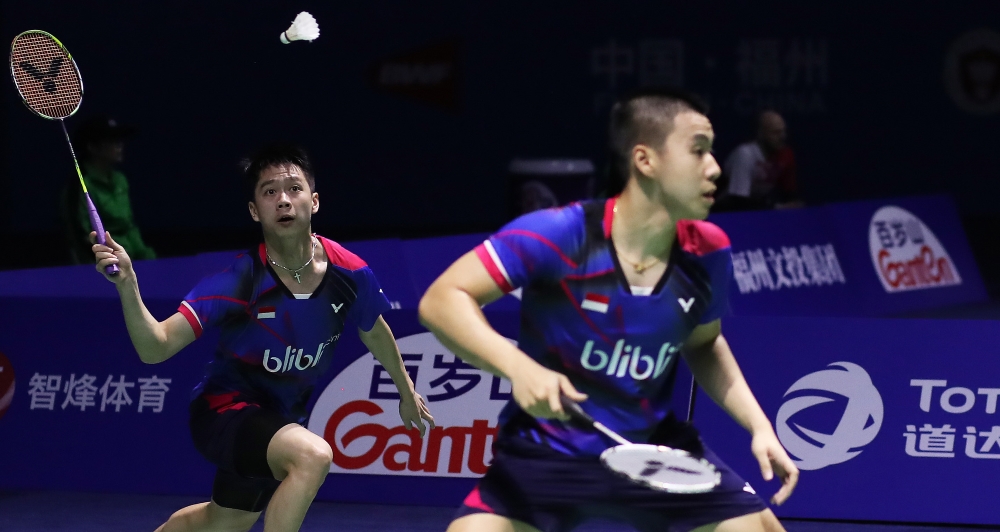 Men’s Doubles saw an absolute cracker of a contest between Japan’s Takeshi Kamura/Keigo Sonoda and China’s Huang Kaixiang/Wang Yilyu. After what must count as one of the closest-ever games in badminton – neither pair had more than a point lead from the start to 25-all in the third, the Japanese finally edged past the Chinese: 21-16 20-22 27-25. 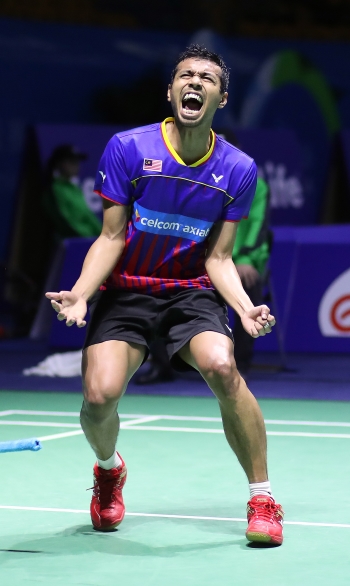 Iskandar Zulkarnain saved three match points against local hope Guo Kai, making the quarter-finals with a 7-21 21-6 23-21 result. Up next for the Malaysian is Victor Korea Open champion Qiao Bin, who turned in a power-packed performance against India’s HS Prannoy.

Qiao’s hammer blows from the deep gave him the leverage he needed against Prannoy, who admitted that it was the sheer power of the Chinese that had helped him through. “It was a simple game from his end,” said Prannoy. “He was setting everything up for the smash. I was able to stay in the rallies, but couldn’t defend his smashes.”