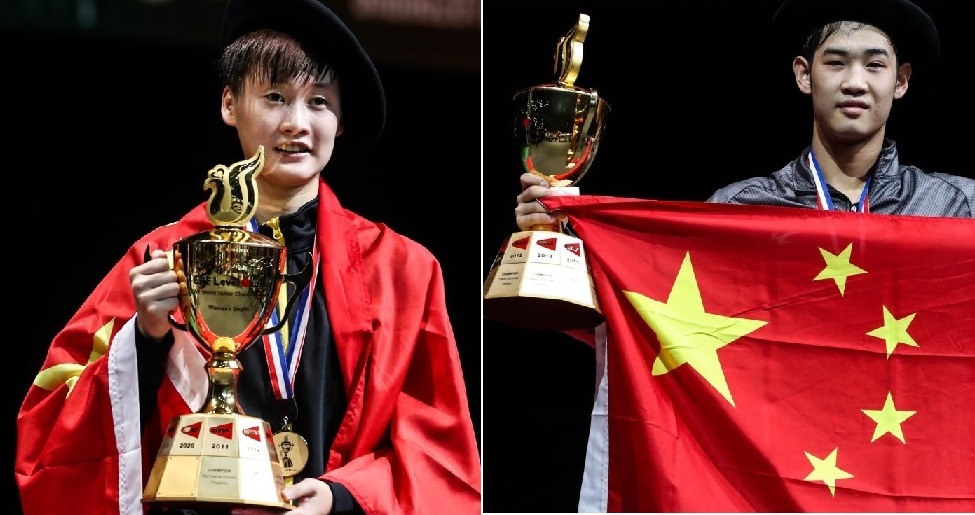 China ‘came in from the cold’ in Women’s Singles en route to winning all but one title as the IBERDROLA BWF World Junior Championships 2016 concluded this afternoon in Spain. 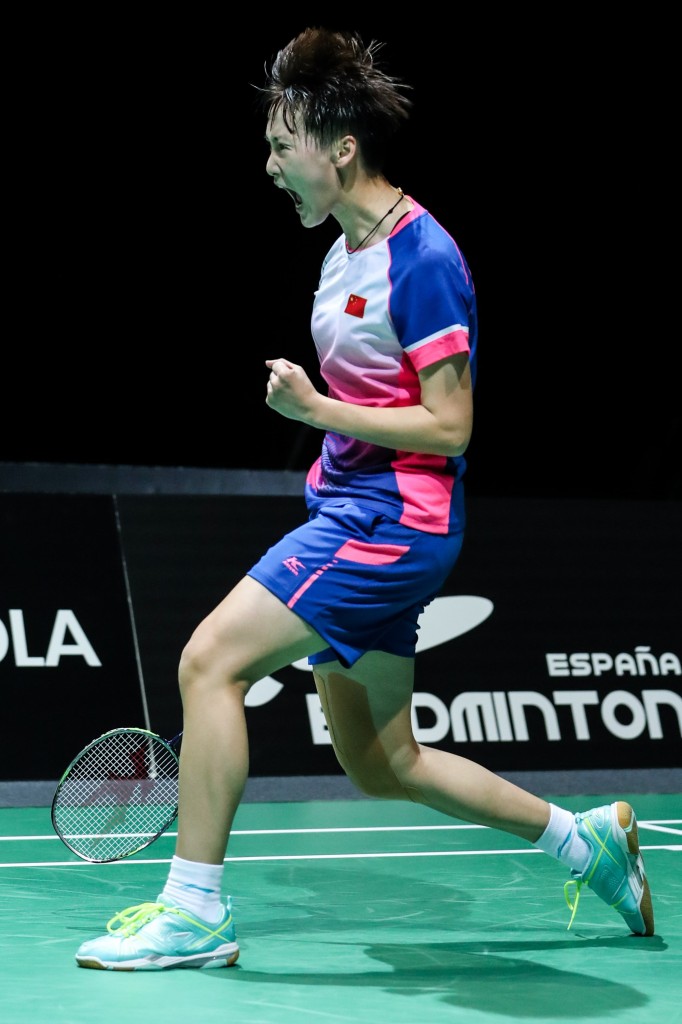 both singles finals and Men’s Doubles. They had already secured the Mixed Doubles title though the all-China finale settled the allocation of medals. Each winner was saluted by the tournament organisers with the gift of a chapela – a beret representing sporting supremacy in the Basque region which has so graciously hosted this two-week event.

Having been frozen out of top honours in Women’s Singles for the past nine years, the Chinese would have been most thrilled with Chen Yufei’s 21-14 21-17 triumph in that prized category. In her fourth and final year at junior level, Chen (featured image: left) produced a dominant display versus Pornpawee Chochuwong, relaxing slightly in the closing stages as her Thai rival fought back from 10-18 down to 17-19 – but the result was never in doubt. An over-rule by the umpire took Chen to match point and she sealed gold with a line-kissing smash to replace Wang Lin (in 2007) as the most recent Chinese Women’s Singles World Junior champion.

“It’s been a long time that China has not won this title so I am very excited and happy. I really wanted to win this for my country,” said Chen, finally allowing herself a smile and adding the classy touch of circling the podium to shake hands with the three other medallists before ascending to the top step.

“I was a bit nervous throughout this individual competition. It’s different from the team event where you have your team-mates to help you. I am pleased with how I played, even though I made some mistakes today.”

Only Japan’s Sayaka Hobara and Nami Matsuyama were able to break down the Great Wall, wrestling the Women’s Doubles crown from top seeds, Du Yue/Xu Ya, in a gruelling 84-minute battle that highlighted the last afternoon of action in Bilbao Arena. Their 25-23 19-21 21-14 victory was Japan’s first-ever doubles championship in World Juniors history and the young talents cut proud figures as they listened to their anthem and watched their flag being raised; gold medals dangling from their necks.

“We didn’t realise we are the first Japanese to win this title. It’s special. We talked a lot during the match about being patient and trying not to make any mistakes,” said Matsuyama, admitting she was a little scared of a China comeback after their opponents forced a decider.

The ambitious duo, who shared their dream of competing against Japanese compatriots and Olympic gold medallists Misaki Matsutomo/Ayaka Takahashi one day, decided to “go all out and take our chances’ in the third game. They opened up healthy leads of 9-5 and 14-9 and maintained that ascendancy until Xu failed to return a sizzling shot from fellow left-hander Hobara to sink China’s quest for a clean sweep. 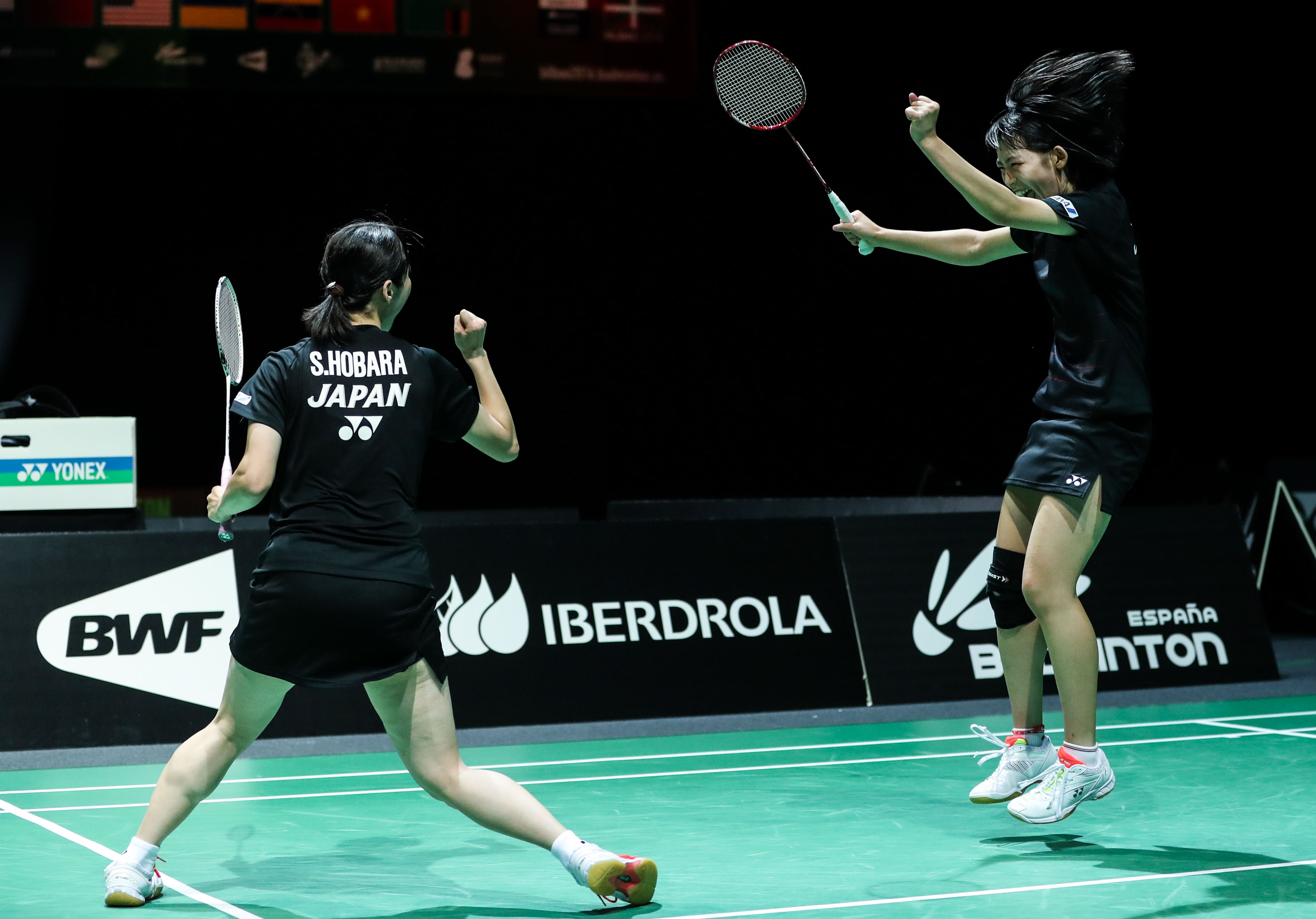 In Men’s Singles, Sun Feixiang (featured image: right) bestrode the Bilbao courts like a colossus for the past five days, blasting aside all challengers and today was to be no different, though the Chinese encountered his sternest test yet in the form of Chico Aura Dwi Wardoyo. Unfurling a combination of deft touches and stylish shots, the Indonesian overcame a slow start and an eight-point deficit to level the opening game. At 19-19, he appeared to have the momentum, only to watch helplessly as Sun reached game point with a cheeky cross-court shot behind his rival’s back.

“I quite enjoyed that, especially because it was an important point,” quipped Sun, recalling those tense moments in which he lifted his performance to take the first game.

The second game was all Sun as he romped home 21-19 21-12 and accepted the spectators’ appreciation for a job well done before breaking down in tears off court. 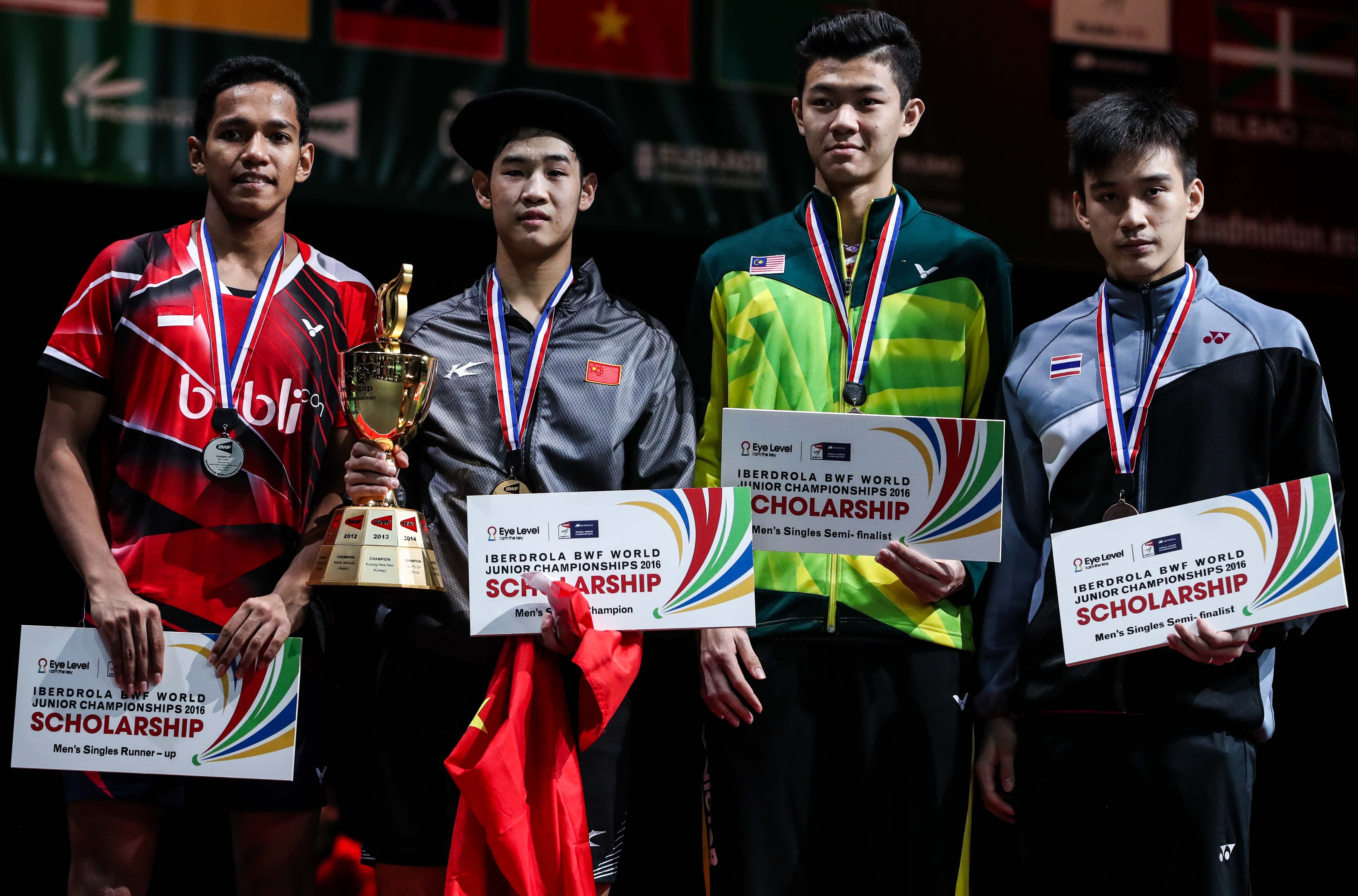 “This is the one I always wanted and it was my last chance to get it. Even when he got close in the score, I had no doubts because I believe in myself,” declared the new World Junior title-holder who is eagerly looking forward to graduating to bigger events.

Sun’s team-mates Han Chengkai and Zhou Haodong also bid farewell to junior competition in grand style, outgunning Lee Hong Sub and Lim Su Min, 21-17 21-14 in a much-anticipated Men’s Doubles showdown. Having defied Chinese opposition in the quarter-finals and semi-finals, the Koreans finally met their match and had a hard time coming to grips with the pace and angles of the top seeds. A stinging kill by Han sealed the last match of the tournament, thus ending an enthralling individual competition which began last Tuesday with 525 athletes from 60 countries.

China also savoured gold and silver in Mixed Doubles, with He Jiting and Du Yue upgrading from the silver medal they won in Lima, Peru, last year. The pair claimed bragging rights over their team-mates Zhou Haodong/Hu Yuxiang with a polished 21-13 21-15 outcome. 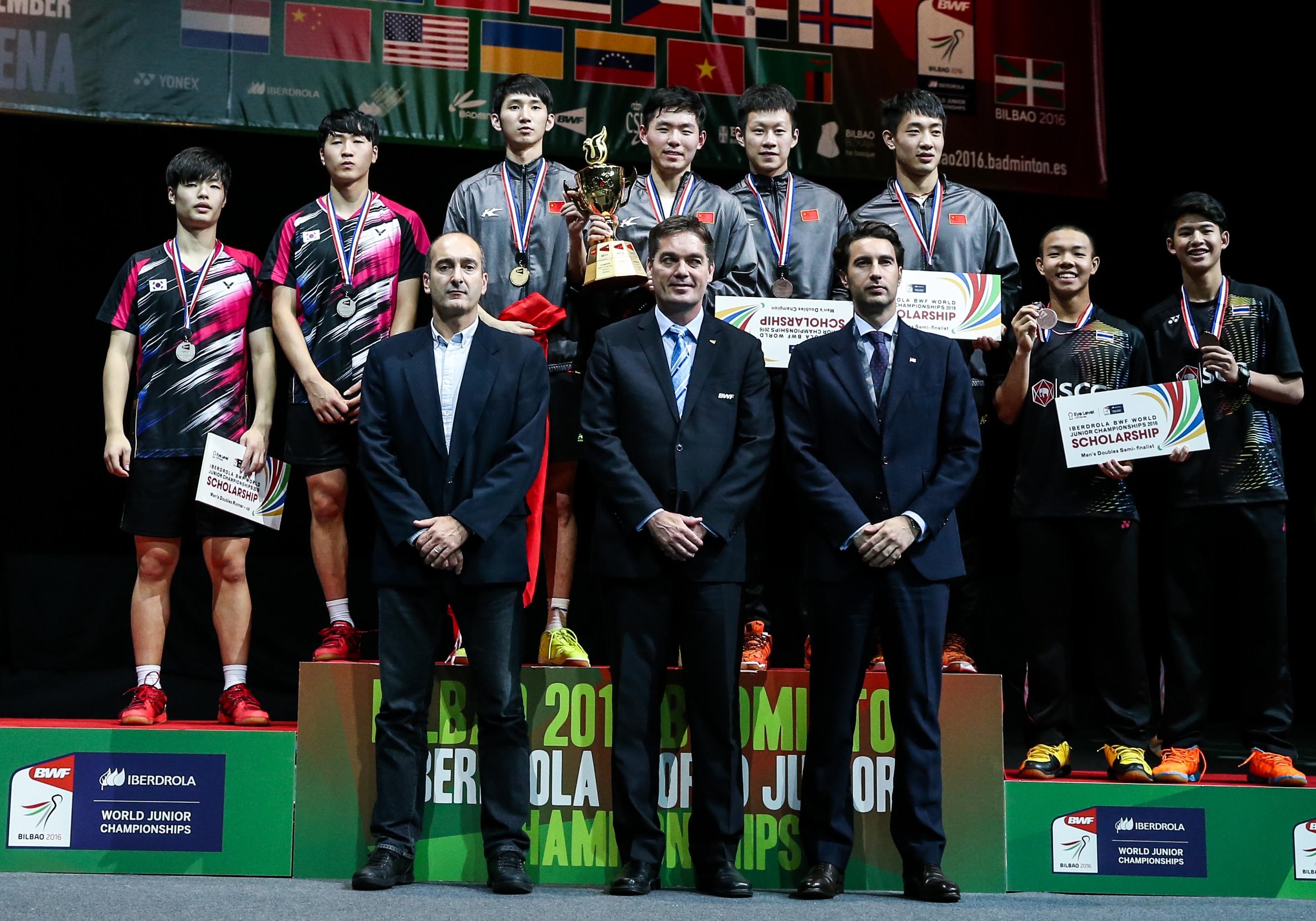