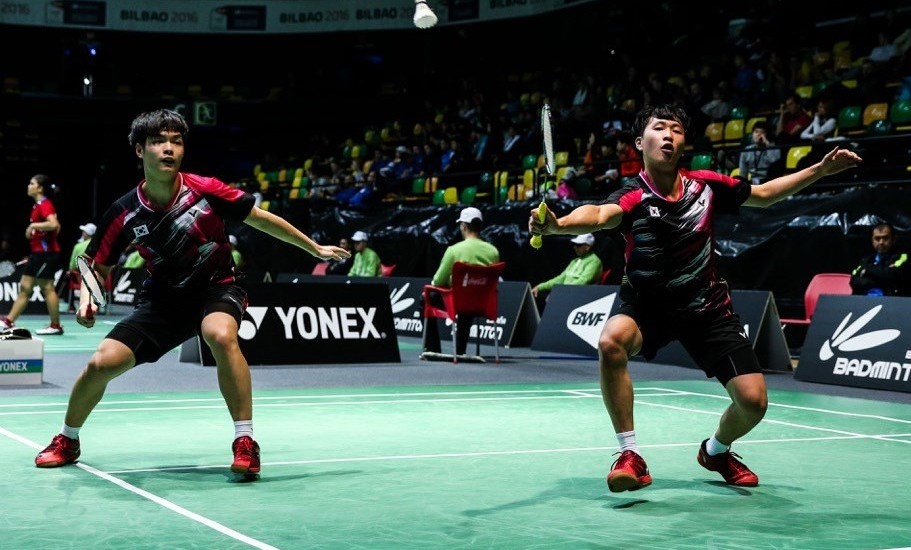 Amazing doubles performances, including by a first-time pair and a tearful newcomer as well as medals in singles and doubles for Korea’s Kim Ga Eun were among the gripping storylines at the IBERDROLA BWF World Junior Championships 2016 today.

Fans at Bilbao Arena were spoilt for choice as the quarter-finals unfolded, with Lee Hong Sub and Lim Su Min’s heroic comeback in Men’s Doubles (featured image); Indonesia’s never-say-die victory in Women’s Doubles as well as Kim’s admirable success both individually and in doubles.

If those sagas were not enough, there was a flood of joy from Malaysia’s Toh Ee Wei, winning a medal for herself and her country in her debut at this level. Holding off a mighty challenge by India in Mixed Doubles – with her partner, Chen Tang Jie, encouraging and reassuring her throughout the 49 minutes – the 16-year-old let it all out.

She just could not stop crying; slumped in a corner with her face buried in a towel, thankful their loss of a five-point lead late in the decider was not fatal.

“It’s very surprising. I’m so happy. I could hardly think on court. I was so nervous and I was making many errors but my partner told me to be confident and play my game.

“I listened to him and I believed in him,” she said choking back more tears, after their 13-21 21-12 21-19 success versus Satwiksairaj Rankireddy and Kuhoo Garg. 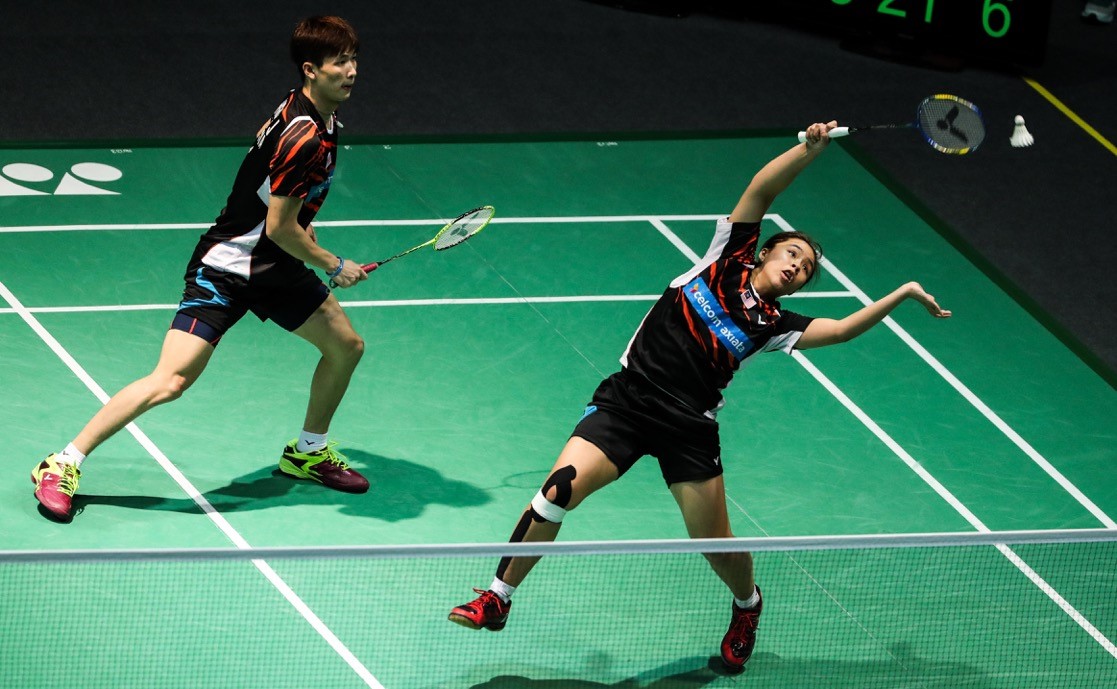 The Malaysians face a tougher semi-final task in No.1 seeds, He Jiting/Du Yue of China while another Chinese tandem, Zhou Haodong/Hu Yuxiang, clash with Korea’s Park Kyung Hoon/Kim Hye Jeong.

Meanwhile, the virtues of good on-court chemistry were also preached by Korea’s Lee and Lim who sent shockwaves through Bilbao Arena as they upended Hi Jiting’s quest for a second straight Men’s Doubles title. Bidding the retain the crown he claimed last year, partnering Zheng Siwei, He was off to a great start with Tan Qiang, grabbing the first game comfortably. Fighting back to 14-14 in the second game from four points down, nobody could blame the No.2 seeds for thinking the match was theirs for the taking – but their unseeded opponents were not deterred. Lee and Lim motored on and forced a decider.

What a tense affair that proved to be – Korea rushing ahead 8-2 only for China to claw back to 10-10 and thereafter a see-saw battle that kept fans on the edge of their seats. A few courageous points got Korea to 19-16 but again China surged to 19-19. Resolving that they would succeed or perish 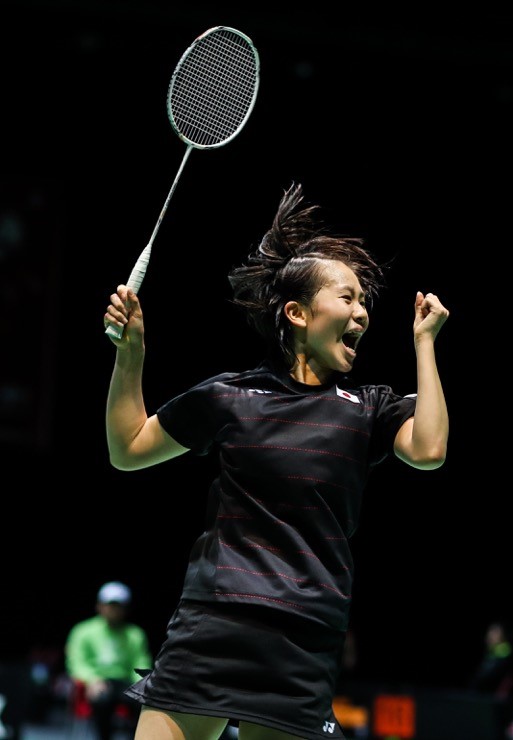 “We believe in each other. That is very important in doubles,” declared a smiling Lim. “We believed we could beat them and we are really happy, especially as we didn’t get a medal in the team event.”

There was also celebration for Korea in Women’s Singles and Women’s Doubles, thanks heavily to the resilience and determination of Kim Ga Eun who savoured medalling on her own and with partner, Kim Hyang Im. In Women’s Singles, Kim defeated China’s Cai Yanyan (21-17 21-11) and returned to beat Ng Tsz Yau and Yeung Nga Ting of Hong Kong, 21-17 21-17, in doubles.

“I didn’t expect to do this well but as I started my matches I became more confident. It’s wonderful to get to both semi-finals and I hope I can win tomorrow again,” said the 18-year-old.

“I hope I can concentrate on each point tomorrow like I did today. I want to control the match and do the things I practise in training,” said Chochuwong.

Kantaphon Wangcharoen of Thailand, takes on the powerful Sun Feixiang. The confident Chinese brushed aside Japan’s Koki Watanabe (21-17 21-11) while Wangcharoen had his way with Korea’s Woo Seung Hoon (21-11 21-9). 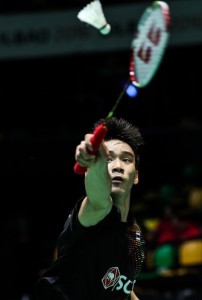 “This is a good year. I have improved since last year. I lost to Sun in the Asian Junior quarter-finals but I am a better player now. I hope I can beat him
tomorrow,” stated Wangcharoen.

The other place in Sunday’s final will be taken by either Indonesia’s Chico Aura Dwi Wardoyo or Lee Zii Jai. The Malaysian took apart France’s Toma Junior Popov (21-12 21-18) while Wardoyo was too hot for Singapore’s Ryan Ng to handle.

“Zii Jai is a very smart player and I will have to stay focused. I can’t play inconsistently against him like I did today when I lost focus a few times,” noted Wardoyo.

Chinese top seeds, Du Yue/Xu Ya, face Korea’s Kims in Women’s Doubles semi-final action while Indonesia’s Yulfira Barkah/Jauza Fadhila Sugiarto look to continue their inspired run, having come from behind to beat Korean Seong twins, Ah Yeong and Na Yeong (18-21 21-16 22-20) in 85 bruising minutes. Whatever the Indonesians’ outcome versus Japan’s Sayaka Hobara/Nami Matsuyama in the semi-final, they have already performed well in their first tournament together.

“We have huge motivation because of all the support from our families, friends, coaches, team-mates. That helped us to keep the match alive. It was very hard but nothing is impossible,” said the exhausted pair. 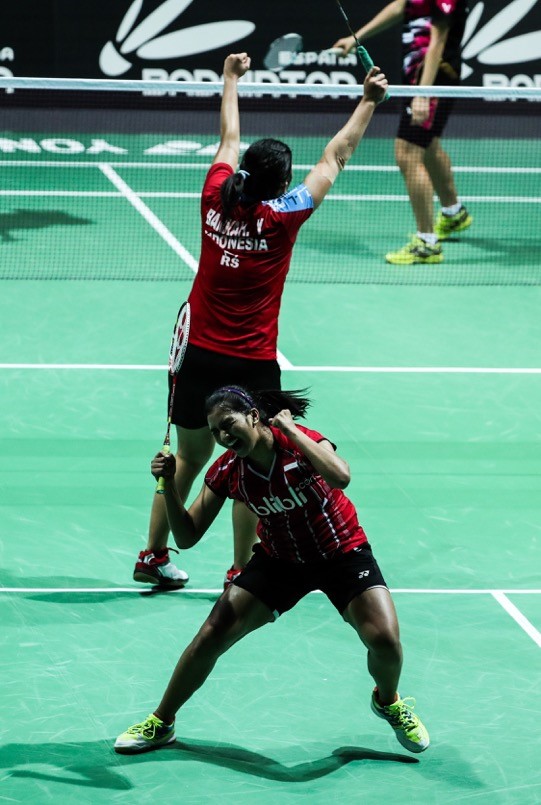