A distraught Goh Jin Wei was today the first star casualty of the IBERDROLA BWF World Junior Championships 2016 as the Women’s Singles title-holder crashed out after looking to be in cruise control in her match.

Having taken the first game easily versus Natsuki Oie and leading 12-7 in the second, the Malaysian suffered a sudden injury that derailed her defence of the crown she won a year ago in Lima, Peru; her Japanese rival triumphing 10-21 21-16 21-16 to advance to the quarter-finals in Bilbao Arena, Spain.

“I didn’t handle the pressure very well. I feel quite bad right now,” acknowledged the tearful 16-year-old who committed a flurry of errors in the closing exchanges.

“At 12-7 in the second game we were rallying and I went up for a shuttle and twisted my ankle and pulled my hamstring.”

Instead of seeking medical attention to her right leg, top seed Goh sought to finish the round of 16 encounter which proved to her detriment, though she remained neck-and-neck with Oie until 15-15 in the decider.

“I thought I could do it. I tried to bear the pain because I didn’t want to retire. I tried but it didn’t go well.” 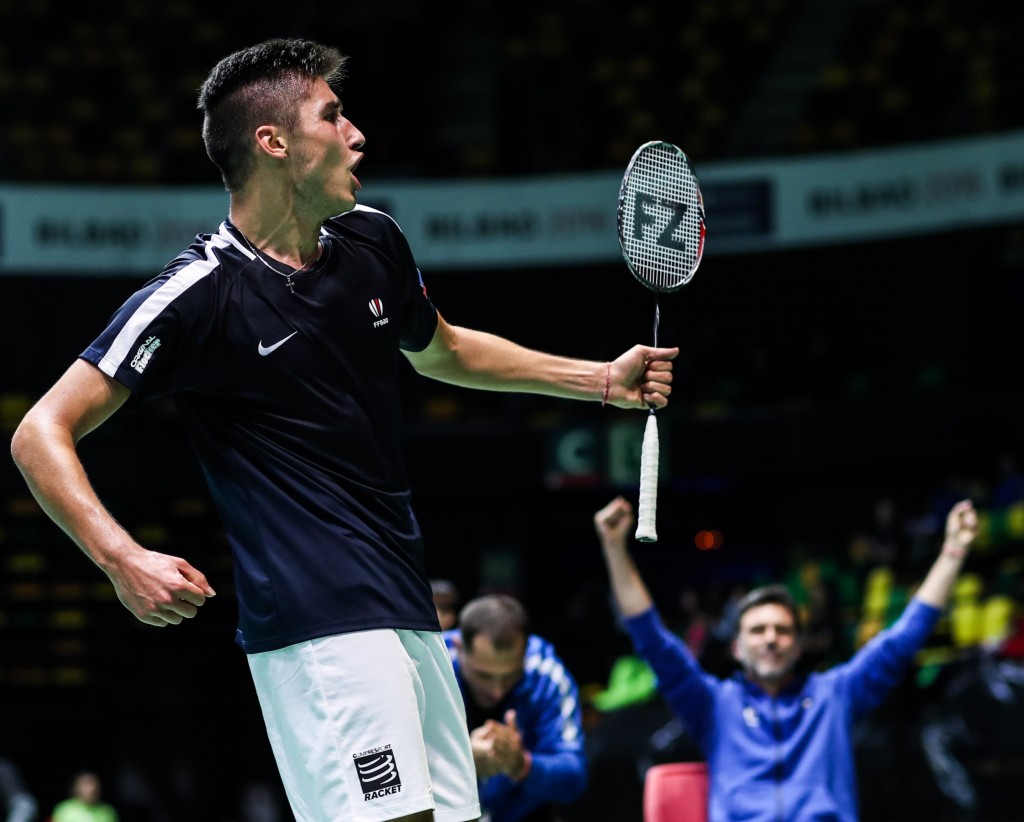 Oie will battle Gao Fangjie – one of four Chinese quarter-finalists in the category – for a semi-final berth. Others still in Women’s Singles reckoning are No.3 seed Pornpawee Chochuwong of Thailand; Korea’s No.5 seed Kim Ga Eun; and Yeo Jia Min of Singapore, seeded sixth.

Ironically, while it was a poor day for Europe, it was a truly memorable one for Frenchman Toma Junior Popov who reached both the Men’s Singles and Men’s Doubles quarter-finals. He and partner, Thom Gicquel, are all that’s standing between Asia and a sweep of the medals. The No.7 seed ousted Japan’s Kodai Naraoka, 21-17 21-18, to advance to the last eight in Men’s Singles and later returned with Gicquel to brush aside Robert Cybulski/Pawel Smilowski (21-11 21-14), to again be one step from the podium.

“Singles was a tough match. The second game was close and I was tired at start of it but I tried to keep close with the score,” said Popov who clashes with No.2 seed, Lee Zii Jai of Malaysia, tomorrow.

“What I have achieved is satisfying because of my hard training. I am happy and proud of it and I want to go further. I train for singles and doubles is just for fun. I didn’t think about how far I could get here but I will now. I will leave everything I have out there.”

“I was trying not to rush my points – to set up for my smashes because I am very attacking. I know Japanese players don’t give up easily so I had to reach every shuttle. His stamina was very good but I know the maximum we will go is three games so I told myself to hold on,” said the jubilant first-time quarter-finalist. 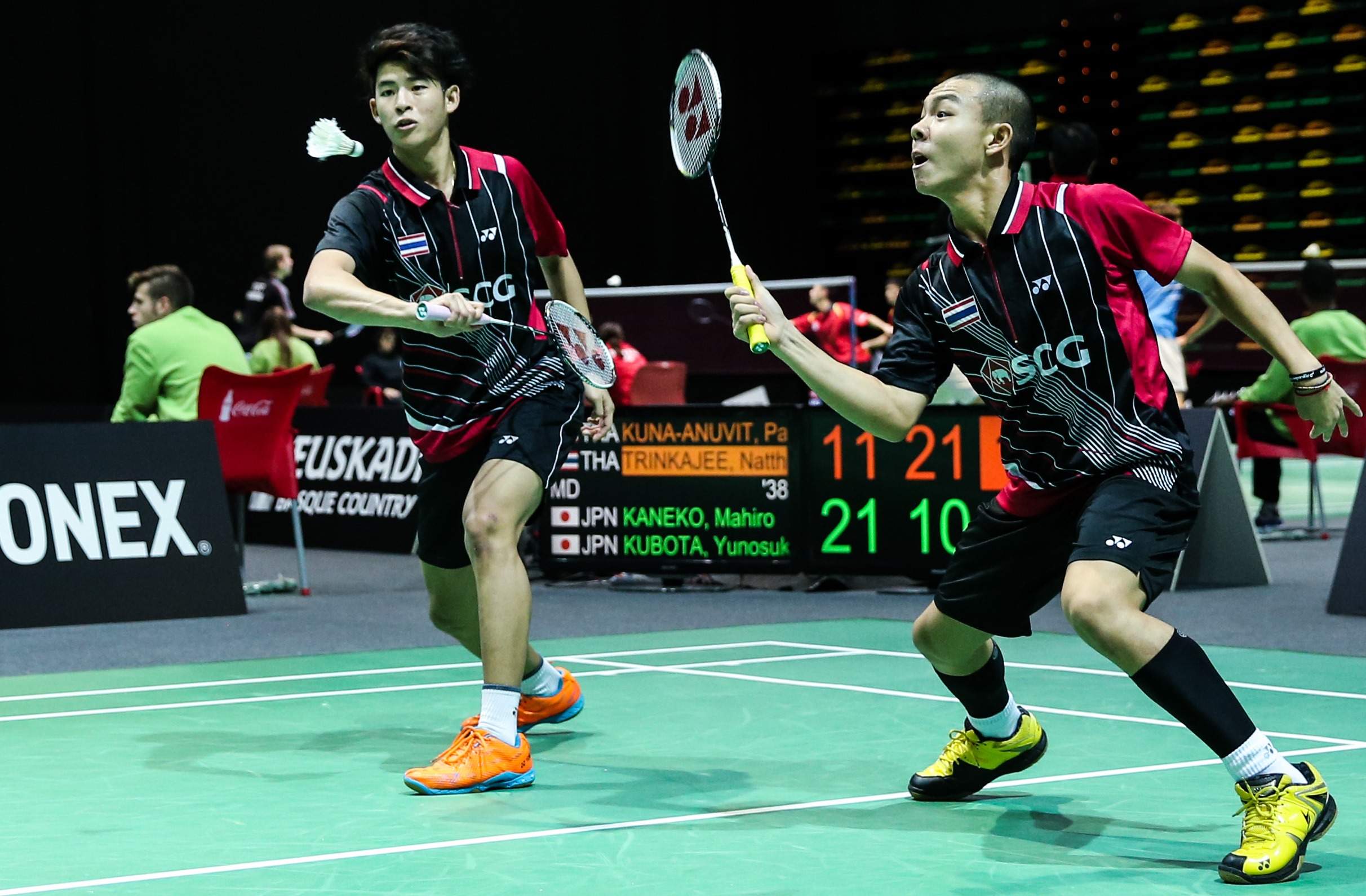 Rivaldy will have a busy Friday as he features in Mixed Doubles as well, with Apriani Rahayu. The No.2 seeds clash with Park Kyung Hoon/Kim Hye Jeong of Korea while No.1 pair, He Jiting/Du Yue of China oppose another Indonesian pair, Amri Syahnawi/Vania Arianti Sukoco. Meanwhile, India’s Satwiksairaj Rankireddy/Kuhoo Garg fight Malaysia’s Chen Tang Jie/Toh Ee Wei and Zhou Haodong/Hu Yuxiang of China will be across the net from Hiroki Okamura/Nami Matsuyama. 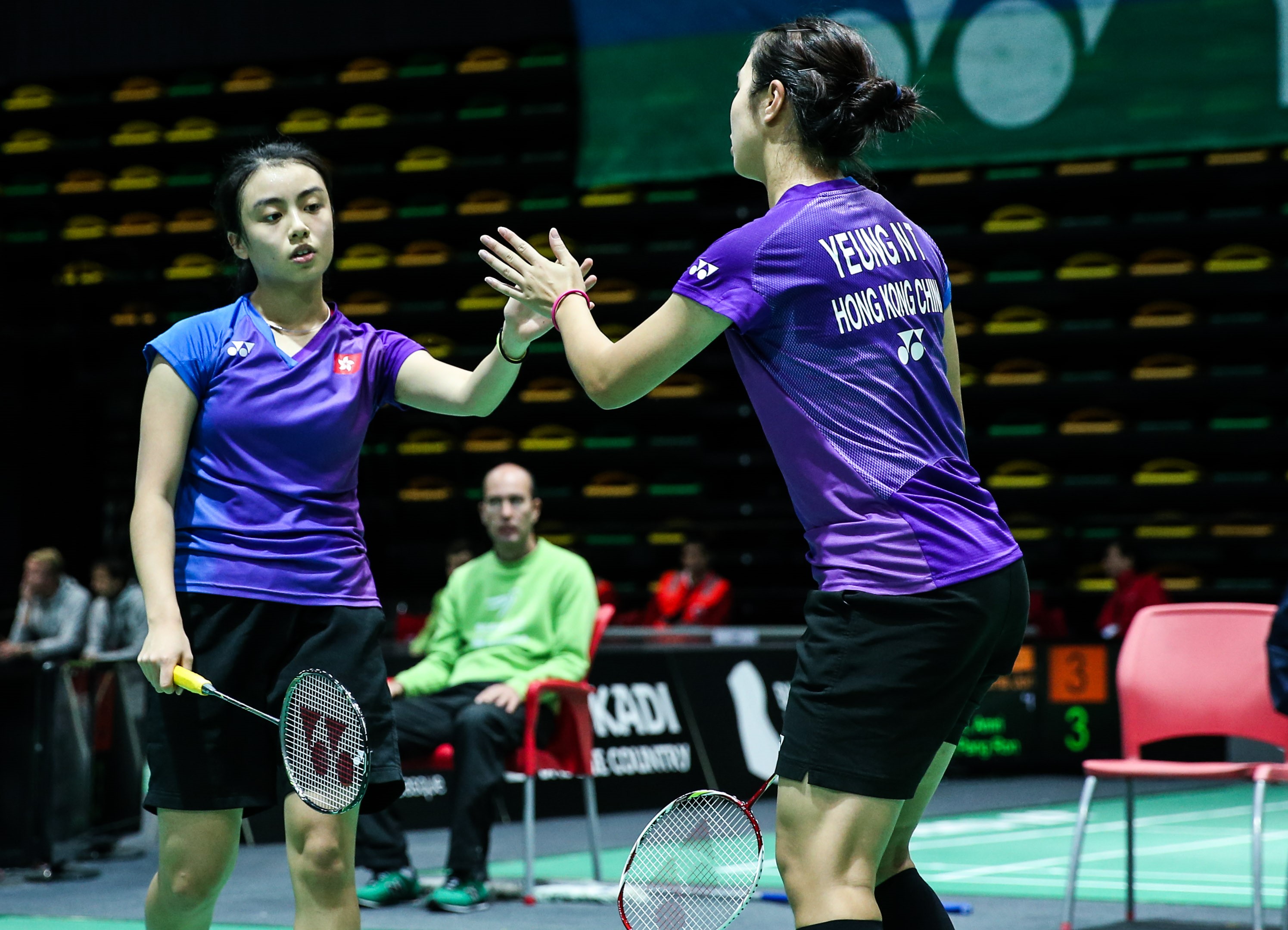 Meanwhile, Spain’s last hope, Clara Azurmendi (Women’s Singles) was among the Europeans to fall today; others included Denmark’s Julie Dawall Jakobsen (singles and doubles) – who could not reproduce the form that took her to match point versus Olympic champion Carolina Marin last month – and the No.6 Mixed Doubles seeds, Rodion Alimov and Alina Davletova of Russia. Azurmendi began well versus World Juniors debutante, Chasinee Korepap, only to be reeled in by the happy-go-lucky 16-year-old: 18-21 21-18 21-18.

“It’s not too serious if I win or lose, once I play my best. I’m just 16 and it’s fun,” said Korepap who was knocked out in her afternoon match. “I was being careful and trying to keep the shuttle in the front court. She was very fast and I had run, run, run. I am very tired but I am enjoying it.”