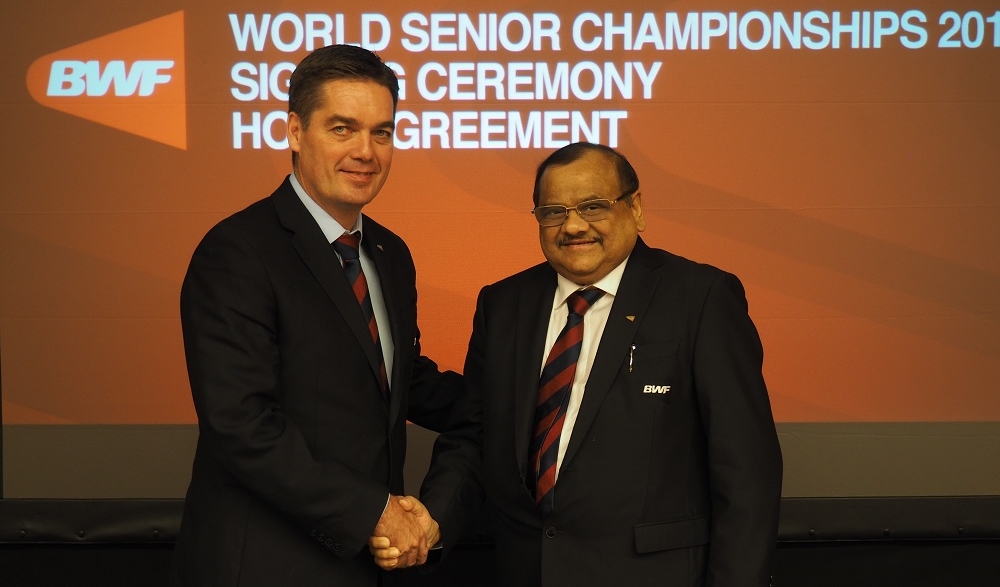 The signing ceremony for the host city of the BWF World Senior Championships 2017 took place last Saturday between the Badminton World Federation (BWF) and the Badminton Association of India (BAI). Other players to finish on top of the podium were former Indonesian international Hastomo Arbi (+55 Men’s Singles winner), his compatriot and 1995 World champion Harijanto Arbi, and Olympic medallist Tri Kusharjanto, who combined in the +40 Men’s Doubles to win the title.