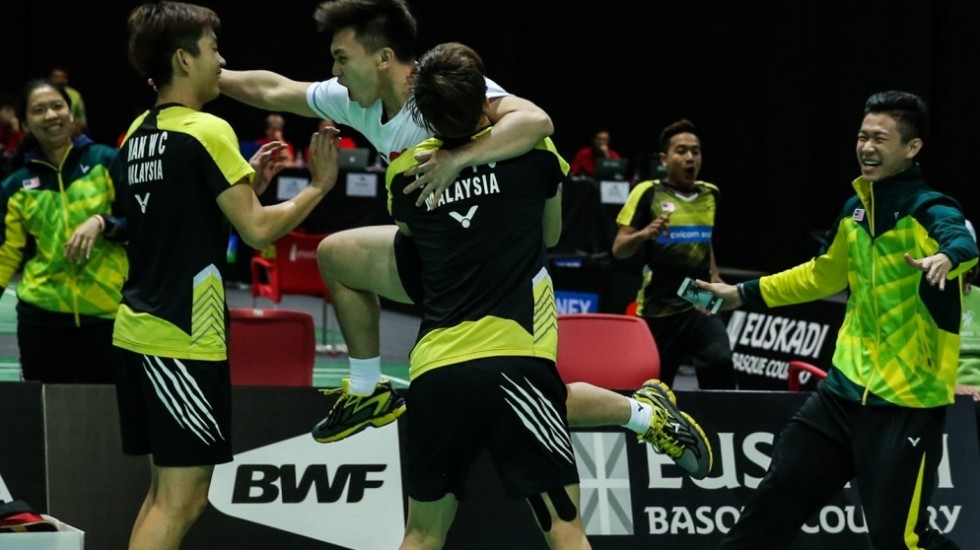 Malaysia produced a sterling encore tonight, bouncing back from the loss of the first match in their Suhandinata Cup semi-final – and into tomorrow’s grand finale versus defending champions, China.

It will be the first time since Malaysia’s lone success in the BWF World Junior Mixed Team Championships in 2011 that the country’s young shuttlers contest the final of the prestigious tournament.

Once again the combination of Lee Zii Jia in Men’s Singles; Goh Jin Wei in Women’s Singles and the Men’s Doubles pairing of Chen Tang Jie and Man Wei Chong proved lethal, guiding Malaysia to another 3-1 triumph as they had in last night’s quarter-final against Indonesia.

This time it was Thailand across the net and, as with Indonesia, their only success came in the opening Mixed Doubles fixture as Pakin Kuna-Anuvit and Ruethaichanok Laisuan fought back to wrest the first point for Thailand. They deafeated Ooi Zi Heng and Tan Koong Le, 20-22 22-20 21-12, to give their team hope. As happened last evening, such thoughts were short-lived as the Malaysians set about rectifying the situation, without panicking or looking pressured. They won the next three matches without dropping a game; Lee starting the rear-guard action by defeating Wangcharoen Kantaphon, 21-18 21-13. 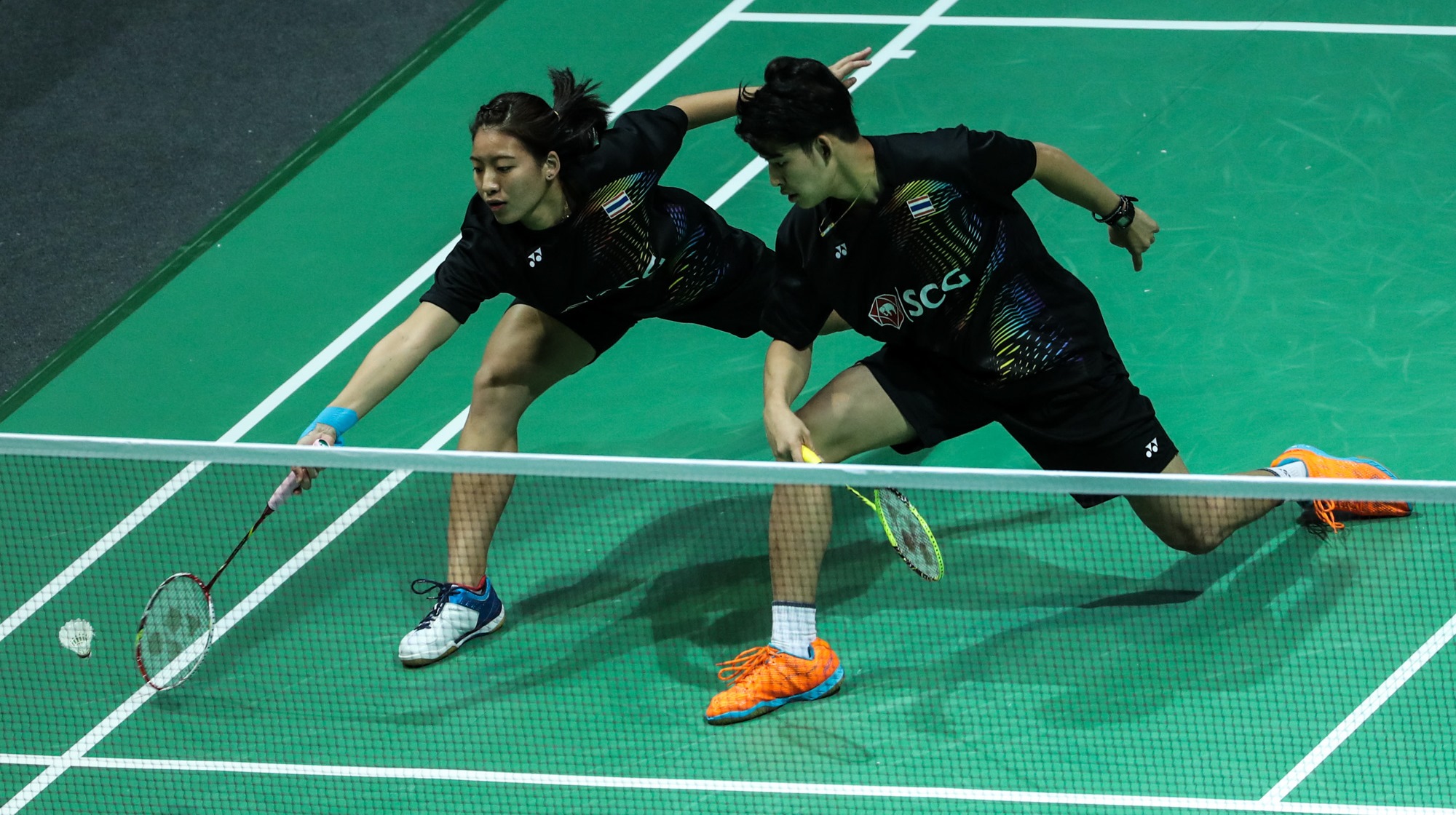 Tuning up for a defence of her World Junior title next week, Goh Jin Wei then polished off Pornpawee Chochuwong in 35 minutes, 21-12 21-15, to carry Malaysia to the cusp of victory. The honours were once more bestowed on Chen and Man, who had steered their country home in the quarter-finals, to do the same against Thailand – and they did not falter.

As Man neatly tapped the shuttle over for the last point of a 21-18 21-12 triumph, the pair’s team-mates screamed with delight and invaded the Bilbao Arena courts (featured image) while the beaten Panachai Worasaktayanan and Warit Sarapat trudged away.

“We are very happy. For many years we have not been in the final and I think our team played tremendously tonight as they did against Indonesia,” said Malaysia Team Manager Dato Syed Abu Bakar Abdullah.

Amid celebrations, he assessed his players’ chances versus the well-oiled machinery of Chinese badminton.

“I think it’s 40-60 but, who knows, if we have good form tomorrow night, we might be able to do it. We will need to win both singles and we will prepare to give our best.” 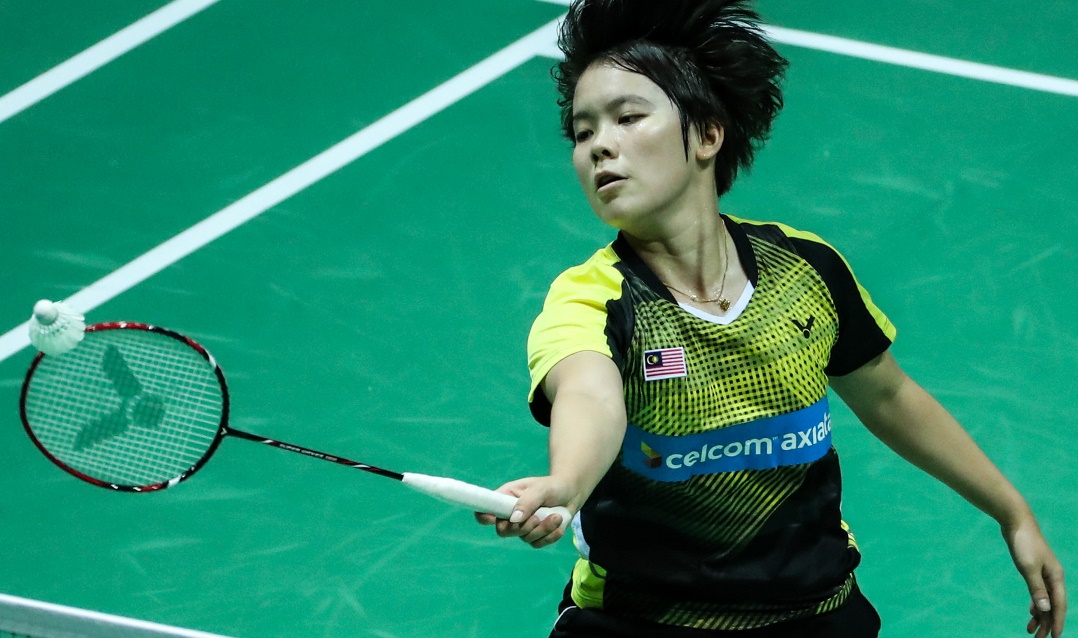 In the other semi-final, China were not entertaining any of the drama which they encountered a year ago in Lima, Peru. The badminton powerhouse swept Japan 3-0 to be one tie away from defending their crown and winning an 11th championship. They repelled a spirited, if inconsistent, challenge from the Japanese who had stretched them the distance in last November’s semi-final.

He Jiting and Due Yu won the first point, prevailing 21-17 21-16 over Hiroki Okamura and Nami Matsuyama. Japan’s hopes lay in singles with Koki Watanabe and Natsuki Nadaira scheduled to play in the second and fourth fixtures respectively. However, Watanabe failed to dent the Great Wall of China, withering while his opponent flourished in attack in the final critical stages of their third game. Sun Feixiang shouted triumphantly and rushed over to his team-mates as he completed his mission, 9-21 21-10 21-17. A deflated Watanabe knew he had let his team down as his leads of 13-8 and 15- 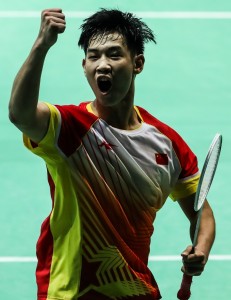 “Me and my whole team performed really well tonight. My opponent and I were quite even during the match but I got some lucky points, especially at the end, and I was able to win,” said a thrilled Sun, looking forward to the final and taking the Suhandinata Cup back home.

Watching China finish off his team in Men’s Doubles, Japan Team Manager, Hiroyuki Hasegawa rued Watanabe’s demise, saying they were banking on that point to kick-start their fight against China. As it was, the other two categories he was counting on winning – Women’s Singles and Women’s Doubles – never became factors.

“Our loss in Men’s Singles was the problem. It was a close match but when the Chinese player got level at 17-17 that was the turning point.”

Elsewhere, Chinese Taipei and Indonesia will battle for fifth and sixth place while Denmark and India clash to determine seventh and eighth. Places nine to 16 will also be settled tomorrow morning ahead of the massive finale between China and Malaysia starting at 2 pm (Bilbao time).