Malaysia’s five-year wait for a medal in the BWF World Junior Mixed Team Championship is over!

tonight in the Suhandinata Cup quarter-finals to guarantee themselves at least bronze in the tournament that concludes Sunday in Bilbao, Spain. Malaysia last reached the medal round in 2011 when they won the event for the first time.

Thailand grabbed the semi-final spot opposite Malaysia, thanks to a 3-2 comeback versus a gutsy Indian team which led 2-1, only to see their ambitions derailed in Women’s Singles and finally Women’s Doubles.

While these ties went deep into the night, Japan’s players need not have stayed up too late as they polished off Denmark 3-0 to book a rematch with China, rekindling memories of their semi-final drama a year ago in Peru, with China clawing back from 1-2 down to reach the final and retain the trophy. Singles specialists, Koki Watanabe and Natsuki Nidaira, along with Hiroki Okamura/Nami Matsuyama in Mixed Doubles, did the damage for Japan. 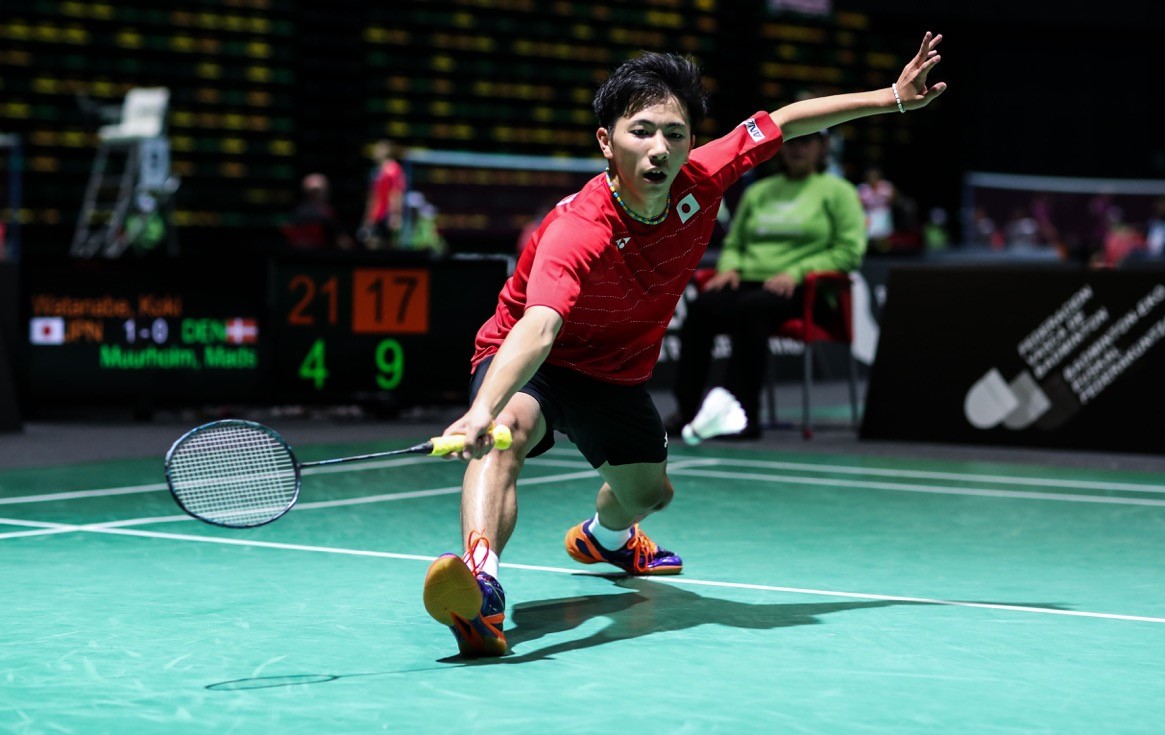 “China is very strong but we almost beat them last year. I want to win this year,” declared 18-year-old Nidaira in her last World Juniors outing.

Malaysia’s 3-1 victory was perhaps sweetest for Men’s Doubles partners, Chen Tang Jie and Man Wei Chong (featured image), who ushered their country into tomorrow’s semi-finals with a 21-19 21-17 result against Muhammad Fachrikar and Bagas Maulana; the latter suffering a nightmarish few minutes at the end which proved costly. For the duo and their nation it was a swift and bitter reversal of fortune from the morning when Indonesia celebrated a 3-0 sweep of Korea.

The very players who had savoured success in the first session were the ones who crumbled while their Malaysian rivals rose to the occasion magnificently. Defending World Junior champion, Goh Jin Wei, had dreamt of avenging her loss to Gregoria Mariska Tunjung at the Asian Junior Championships – and the 16-year-old made no mistake when the opportunity came. 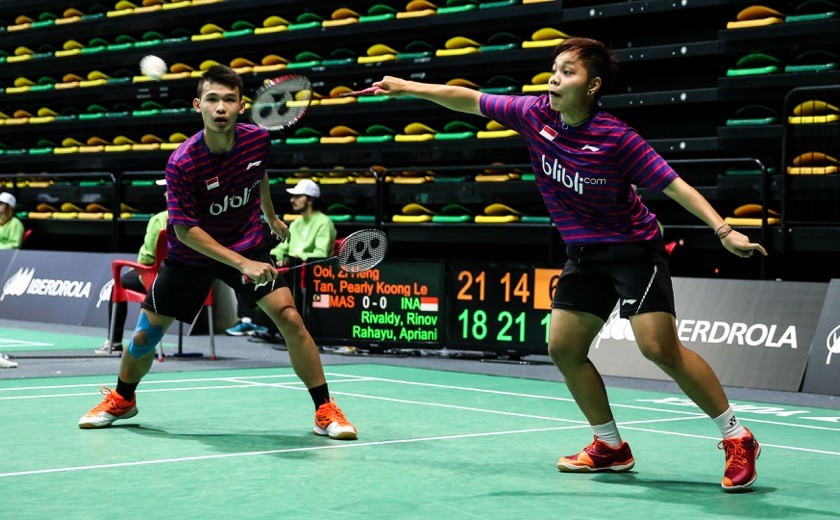 Her win put Malaysia 2-1 ahead. Indonesia had taken Mixed Doubles, thanks to Rinov Rivaldy/Apriani Rahayu, but Malaysia had answered by snatching both singles; Lee Zii Jia toppling Chico Aura Dwi Wardoyo, 21-15 21-11. It was then left up to the Men’s Doubles to conclude the proceedings.

“This was a 50-50 match but our boys and girls performed very well tonight. I was very satisfied with their practice here and in Malaysia. They have formed a good team and have a good spirit to win. I am very happy,” said Malaysia Team Manager, Dato Syed Abu Bakar Abdullah.

Indonesia Team Manager Fung Permadi lamented the Men’s Doubles outcome, stating “we expected to get that point but the Malaysians played very well”. The Indonesian squad, he added, will regroup and seek to end the tournament as strongly as possible. 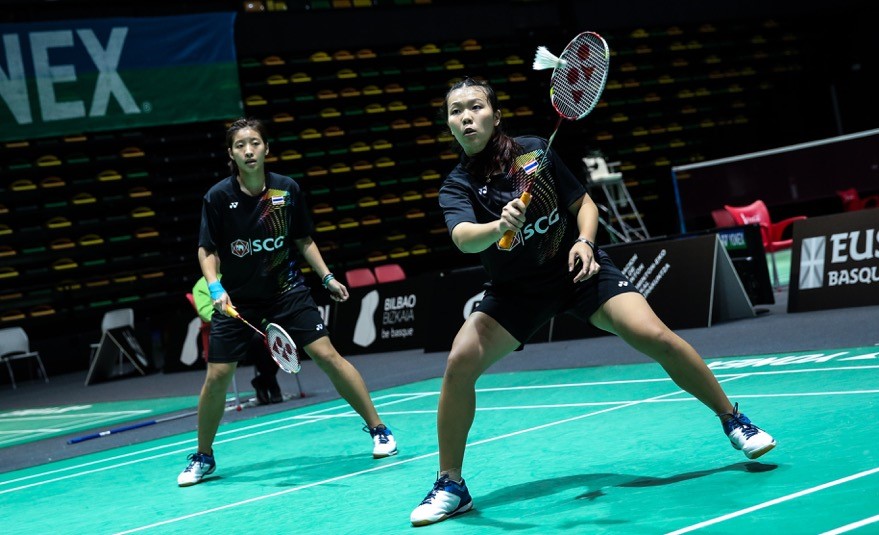 “It’s a great night for us. We thought it was possible for us to win, even when we were 2-1 down. We felt we could win the last two matches, especially singles. We were well prepared,” said Thailand Team Manager, Thakul Jintanarumitr.

Meanwhile, Danish manager Bo Ømosegaard conceded Japan were just too good for his players “and their victory was well deserved”, though the Danes fought well in Mixed Doubles and Women’s Singles.