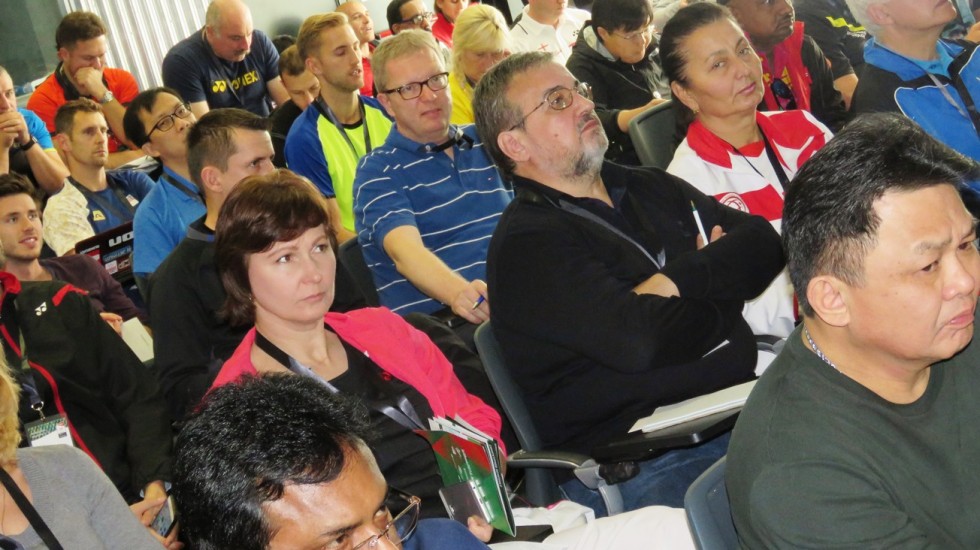 Inspired by the successful transition of their predecessors to badminton’s big leagues, China’s Suhandinata Cup team open their defence of the BWF 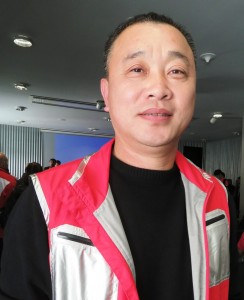 One short year ago, the likes of team captain Chen Qingchen and key players Zheng Siwei, Jia Yifan and He Bingjiao were spearheading China’s drive for a tenth Suhandinata Cup victory in Peru. Last weekend, those same players – having fully graduated to the senior ranks – were lifting trophies at the Yonex French Open 2016 in Paris.

The manner in which they have blossomed has been a great inspiration for those following in their footsteps, says China’s Team Manager at the World Juniors, Sun Chenghue.

“Seeing what their former colleagues are achieving now is incentive for our players here to do well at junior level so they can go up to elite level,” he noted, following the customary Team Managers’ meeting (featured image).

“We know a lot of focus will be on us and we will try to get through our group matches first and then take things from there.”

The badminton powerhouse begin their campaign in northern Spain versus Canada at 8.30 am local time (3.30 pm Kuala Lumpur time). These teams are in Group A1 along with Armenia. Other ties in the 8.30 am session include Australia against Scotland (Group A2), Chinese Taipei versus Moldova

(Group B2) and Singapore against Peru (Group C2). It will be a bustling start with matches slated on all ten courts at the spacious Bilbao Arena. There are three other sessions of play today, beginning at 12 pm, 3.30 pm and 7 pm local time.

Japan, who lost a thrilling Suhandinata Cup semi-final to China in Lima last season, open their account in the morning versus New Zealand in Group C1. The 2015 bronze medallists are fired up to make amends this time around.

“We are well prepared and we want revenge for last year. We were leading in the semi-final and we lost,” recalled Japanese Team Manager, Hiroyuki Hasegawa. 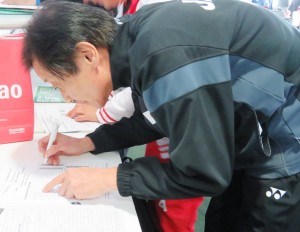 Meanwhile, 2015 silver medallists, Indonesia, are aiming for a similar result but their route to Sunday’s finale could be quite rough.

“Looking at the draw, we will likely have to play Korea in the last 16 and then Malaysia in the quarter-finals and maybe Thailand in the semi-finals – all the strong countries are in our section,” noted Indonesia Team Manager, Fung Permadi, whose players starts versus Norway at noon in Group F1 which also features hosts, Spain.

“It needs a very tough fight and strong spirit from our players to achieve that result but we all know the junior level changes every year as players come and go. Every country has new players so we will see what happens.”

Leading European badminton nation, Denmark, is also hoping for a good showing on home turf, so to speak.

Team Manager Bo Ømosegaard is pleased with Denmark’s draw, stating: “We need to take advantage of it. If we can do that, the Suhandinata Cup could be good for us.”

He added that more countries competing in this BWF Major Event augurs well for badminton’s global development. A record 53 nations representing all five continental confederations are entered in this year’s Suhandinata Cup. 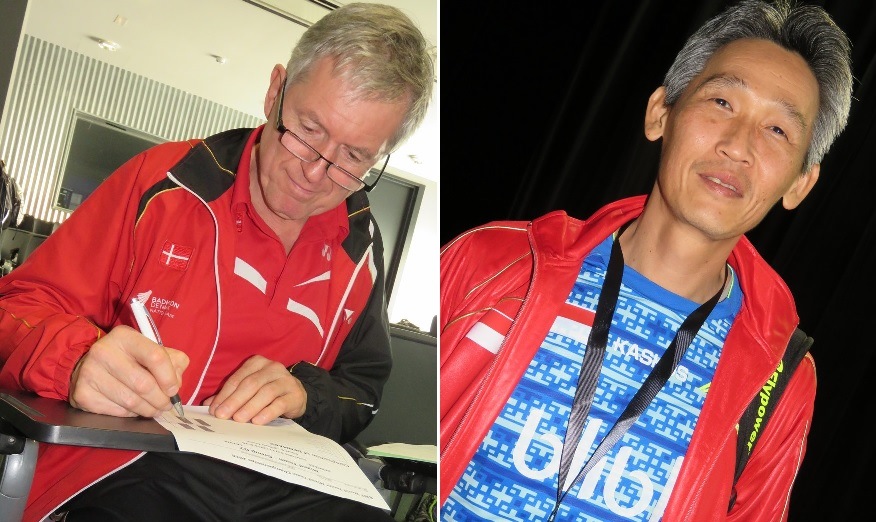