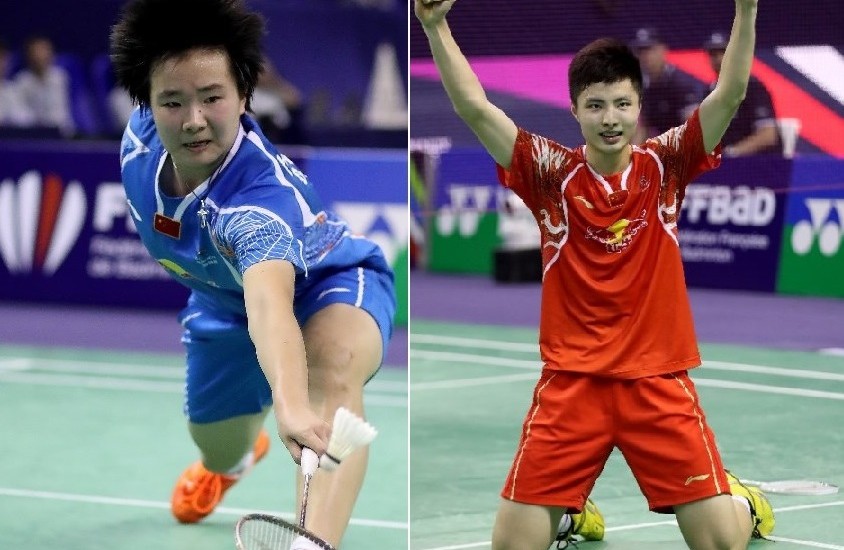 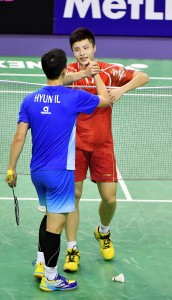 Superseries circuit a week ago.

The badminton powerhouse wrested four of the five titles in the Yonex French Open 2016 finals, a week after having failed to capture any titles in the Denmark leg of the Superseries tour – a first since Japan 2012.

In Women’s Singles, He Bingjiao celebrated her second championship of the season, blazing past Beiwen Zhang with a brisk 21-9 21-9 result to add the Paris crown to her first-ever Superseries victory in Japan last month.

Not to be outdone, her team-mate Shi Yuqi turned the tables on the evergreen, Lee Hyun Il, who had threatened to oust another youngster in his way. Despite bravely saving four match points, the 36-year-old had to settle for runner-up honours in Men’s Singles as Shi got the job done, 21-16 21-19 in 45 minutes.

Perhaps with age finally telling versus the energetic 20-year-old, Korea’s Lee admitted he was tired and lacked the killer instinct and precision which helped him reach the Sunday showpiece. In addition, 20-year-old Shi was bold in attack and took the fight to his more experienced rival, pulling away at 12-12 to snatch the opening game. A similar pattern ensued in the second game, as the Chinese took control from 11-11 and never relinquished it. He faltered at the end, as Lee got to within one point from 15-20 down, but Shi regrouped just in time to lay claim to his first Superseries crown.

“I was nervous at the end when he was saving all those match points but now I am very happy.

“I had nothing to lose as I am the junior player. I just fought my best. I am surprised to win. It was a very emotional moment at the end,” said the jubilant champion, adding he would like to be as successful as Lin Dan and Chen Long.

“I have won my first Superseries title. I want to try to follow in their footsteps.”

Inspired by his incredible return to the top flight, Lee hopes he can take the next step from reaching the semi-finals last week and the final this week.

“I hope I can win the next Superseries. I wasn’t in as good shape today as I was in earlier rounds but I can build on these two weeks in Denmark and France.” 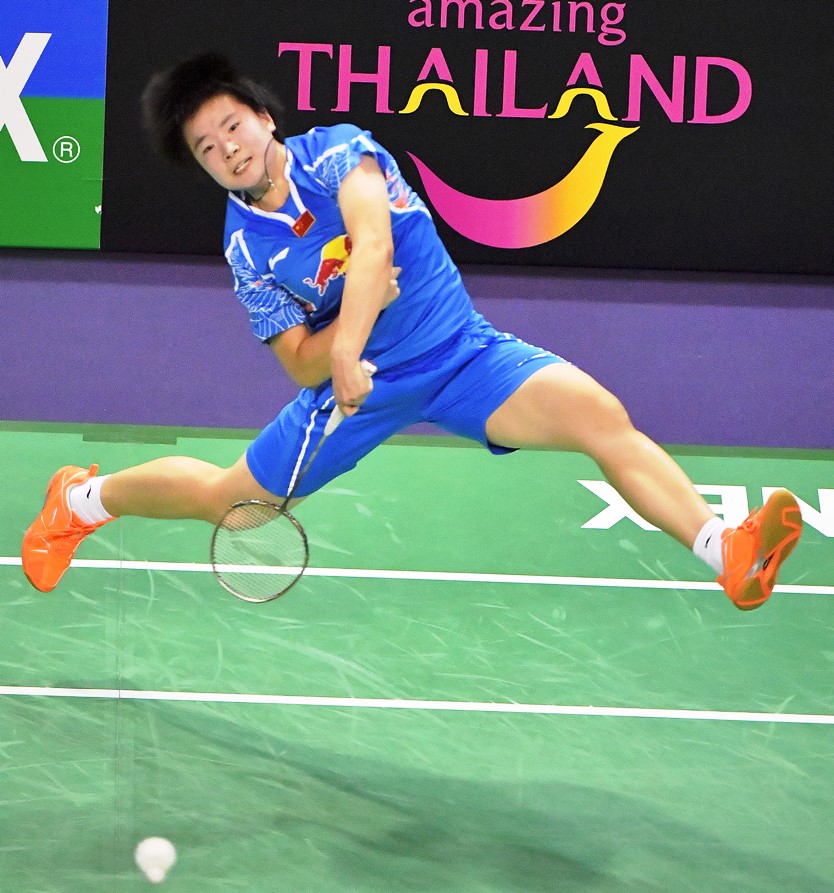 Meanwhile, 19-year-old He Bingjiao could hardly believe she was atop the podium for the second month in a row, having savoured her first Superseries triumph at the Yonex Open Japan 2016. More importantly, she is monitoring her improvement.

“When I started playing in the Superseries I was losing in the first and second rounds. Now I am getting further in tournaments – and winning.”

A tearful Zhang was upset about her poor performance, stating it was not whether she won or lost that mattered but the fact that she was unable to give a good account of herself in her first Superseries final.

“I am really disappointed in myself. I am not happy with what I gave today. I don’t know what happened. I didn’t play anywhere near my best. I have played her before and though I didn’t win, it was a close match,” said the 26-year-old China-born athlete who now competes for the USA. 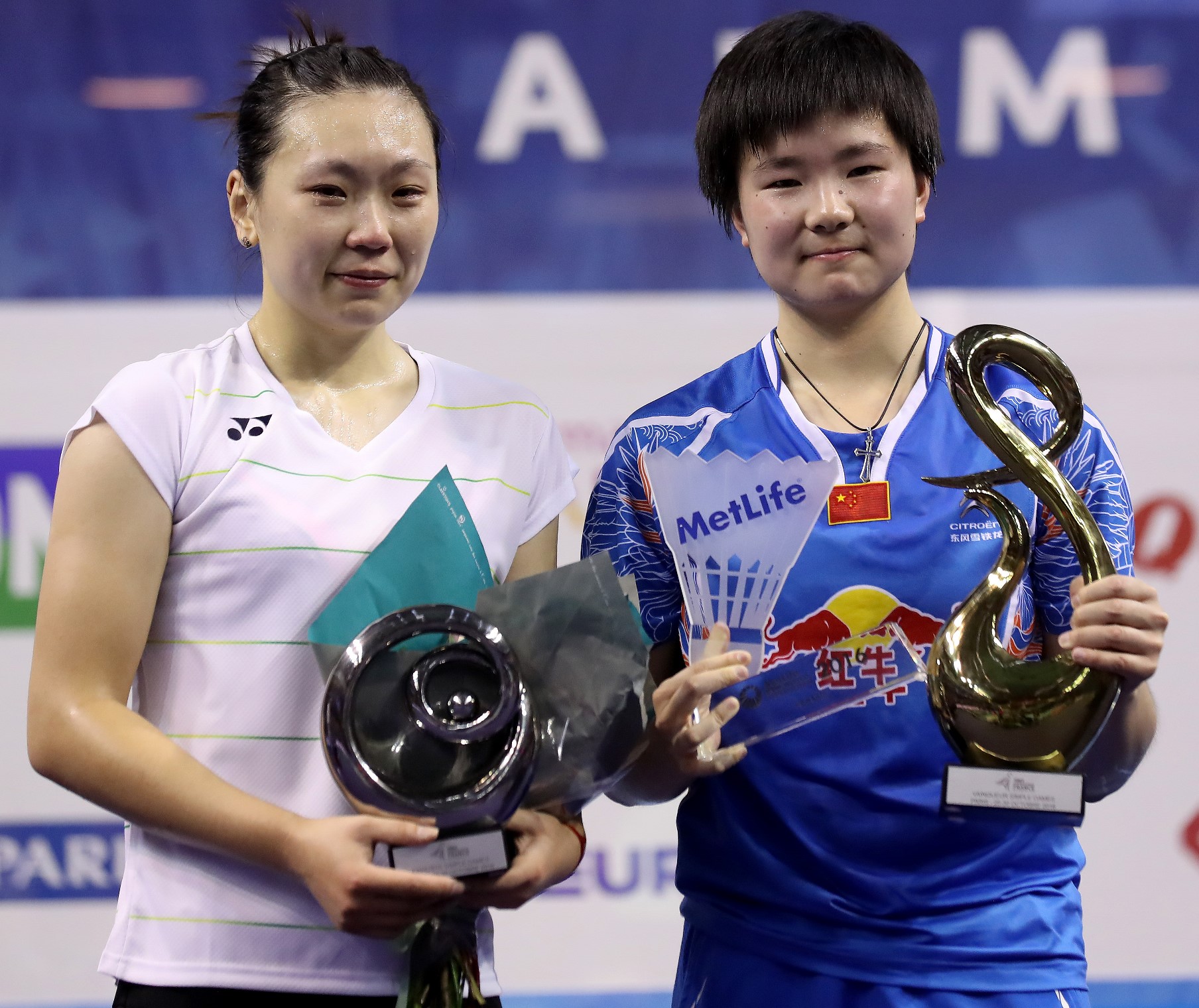