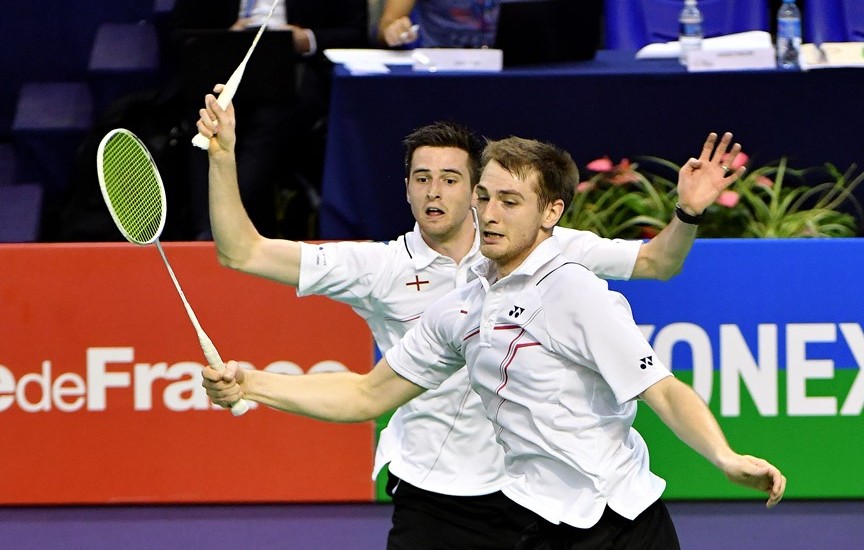 Matthew Nottingham and Harley Towler savoured the biggest win of their career, beating Fu Haifeng and Xu Chen to reach the second round of the Yonex French Open 2016 today.

The unheralded Men’s Doubles pair (featured image) came through 21-15 19-21 21-9 versus China’s new duo who boast impressive credentials between them, including two Olympic gold medals and two silvers. Nottingham and Towler overwhelmed their rivals in the decider, leading from 3-3 and speeding to the finish.

In fact, the Englishmen looked to be zeroing in on a straight-games rout, ahead 15-11 in the second game, when they were overtaken by their more accomplished opponents. To their credit, they bounced back strongly in the decider and never surrendered control.

“It was a special match for us. We were controlling it and they were making more and more errors,” said Nottingham.

His 23-year-old partner added: “Our plan was not to hit hard, to keep hitting the shuttle softly and not give them any pace to work with and not to smash. Halfway into the first game we realised it was effective and we tried to stick to that.”

As the match progressed, the underdogs’ self-belief grew and they were finally rewarded for their enterprise. 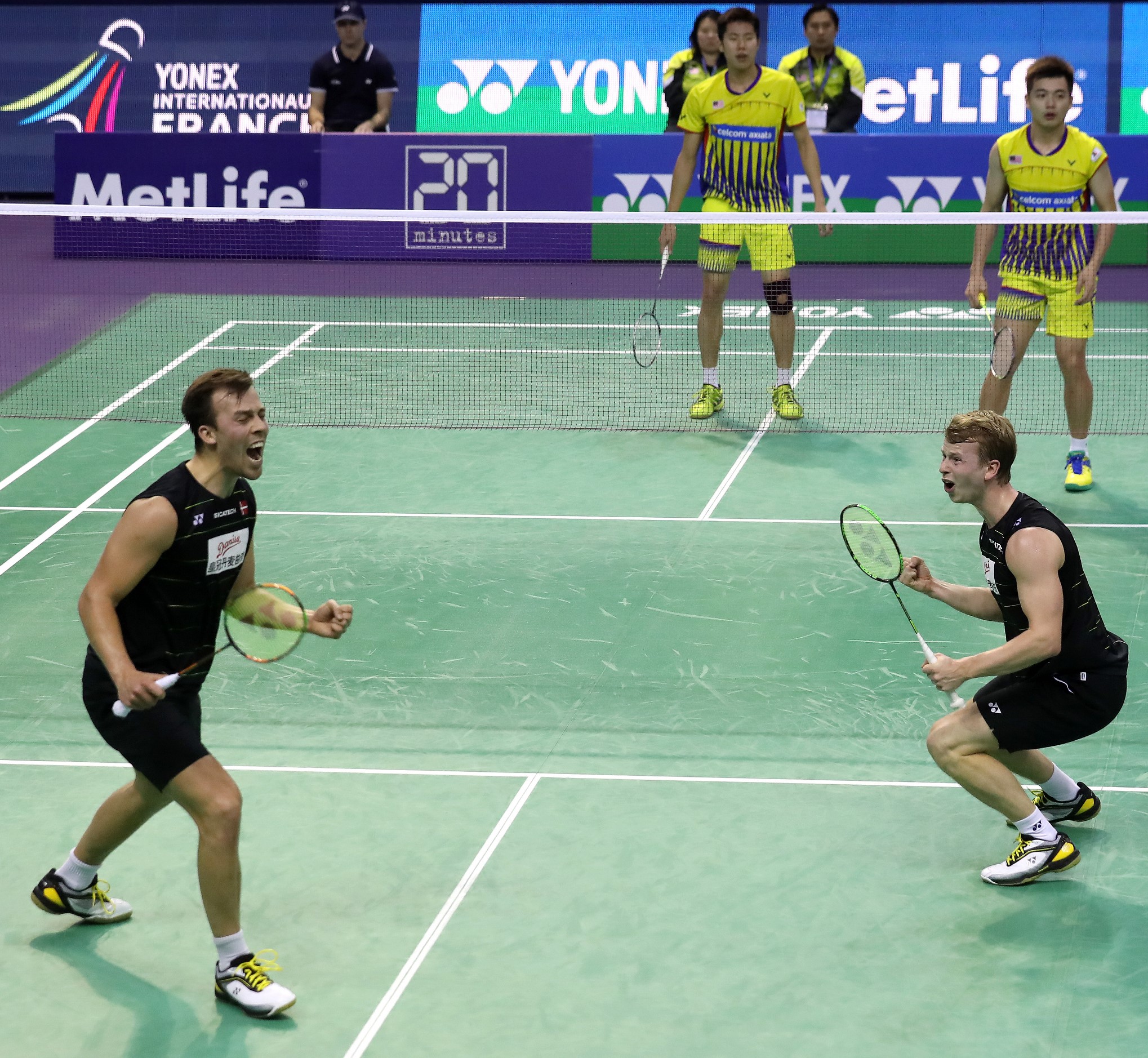 “We had to work hard but it was a great feeling to win. We can here with few expectations. We just want to perform well and we have started well,” said 24-year-old Nottingham.

They now face runners-up in the Yonex Denmark Open 2016, Bodin Isara and Nipitphon Phuangphuapet, in the second round and hope they can “cause some problems” for the Thai guys.

It was also a good day for England’s Olympic bronze medallists, Marcus Ellis and Chris Langridge, who disposed of another Chinese unit – No.6 seeds Li Junhui/Liu Yuchen. The latter have been particularly troublesome since the resumption of the MetLife BWF World Superseries and their 21-18 21-18 demise would be a huge relief to others in their category. The Men’s Doubles draw opened up further with the departure of Yonex Denmark Open champions and No.4 seeds, Goh V Shem and Tan Wee Kiong of Malaysia, falling to Denmark’s Kim Astrup/Anders Skaarup Rasmussen (21-19 21-17). 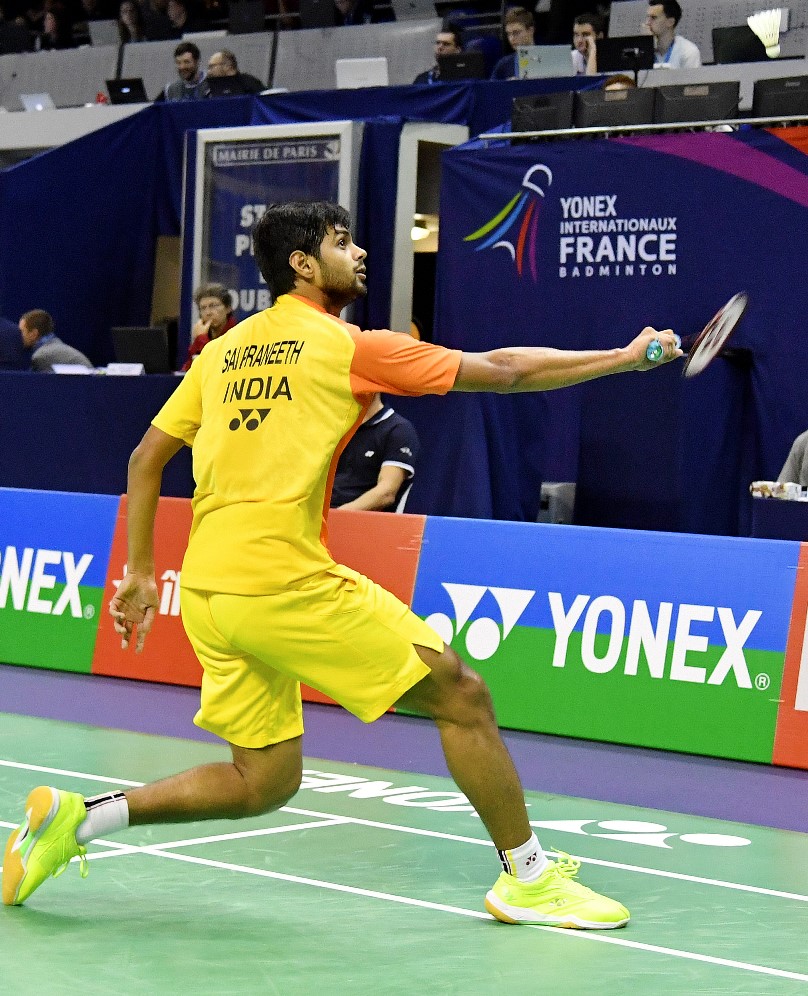 The singles events have also been blown wide open with the withdrawals of both top seeds – Lee Chong Wei of Malaysia and Spain’s Carolina Marin – due to injury. In Men’s Singles, Denmark’s big three – Viktor Axelsen, Jan Jorgensen and Hans-Kristian Vittinghus – advanced easily as did Chou Tien Chen (Chinese Taipei), Ng Ka Long (Hong Kong), Tian Houwei (China) and HS Prannoy. However, destiny was not as kind to the latter’s Indian team-mates, Ajay Jayaram and B. Sai Praneeth. Jayaram. Indonesia’s Anthony Ginting took care of Jayaram, 20-22 21-10 21-18, in an hour while Praneeth fell victim to Korea’s Lee Hyun Il who continued his successful tactic of wearing down youthful opponents in three games (15-21 21-8 21-19). Tomorrow night, he again tackles Axelsen whose Denmark Open homecoming he spoilt last week, also in the second round. 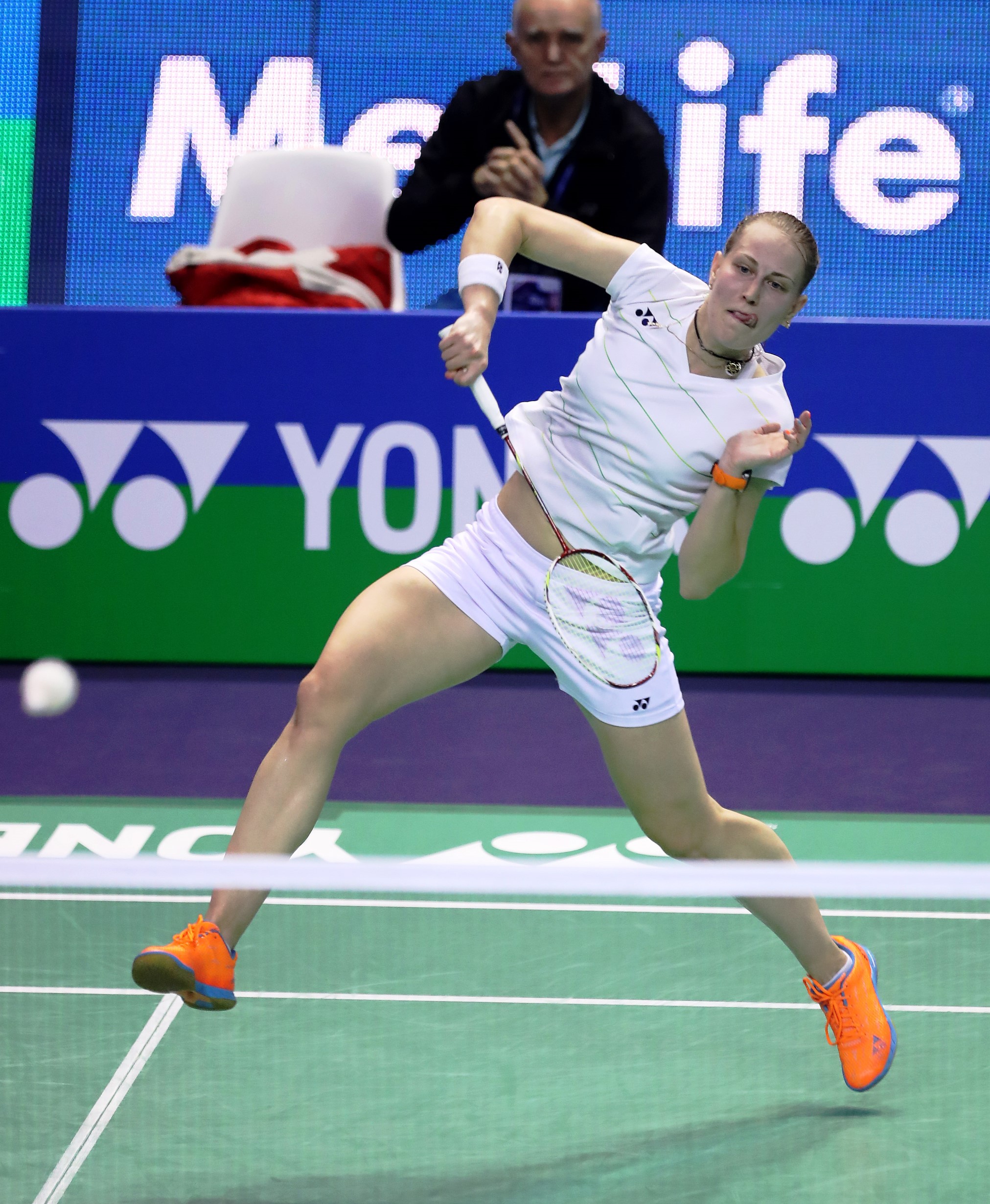 There were no surprises in Women’s Singles, though Yip Pui Yin of Hong Kong pushed PV Sindhu in the second game of their encounter before the Indian prevailed 21-9 29-27. Women’s Doubles saw all the leading pairs progress as well. 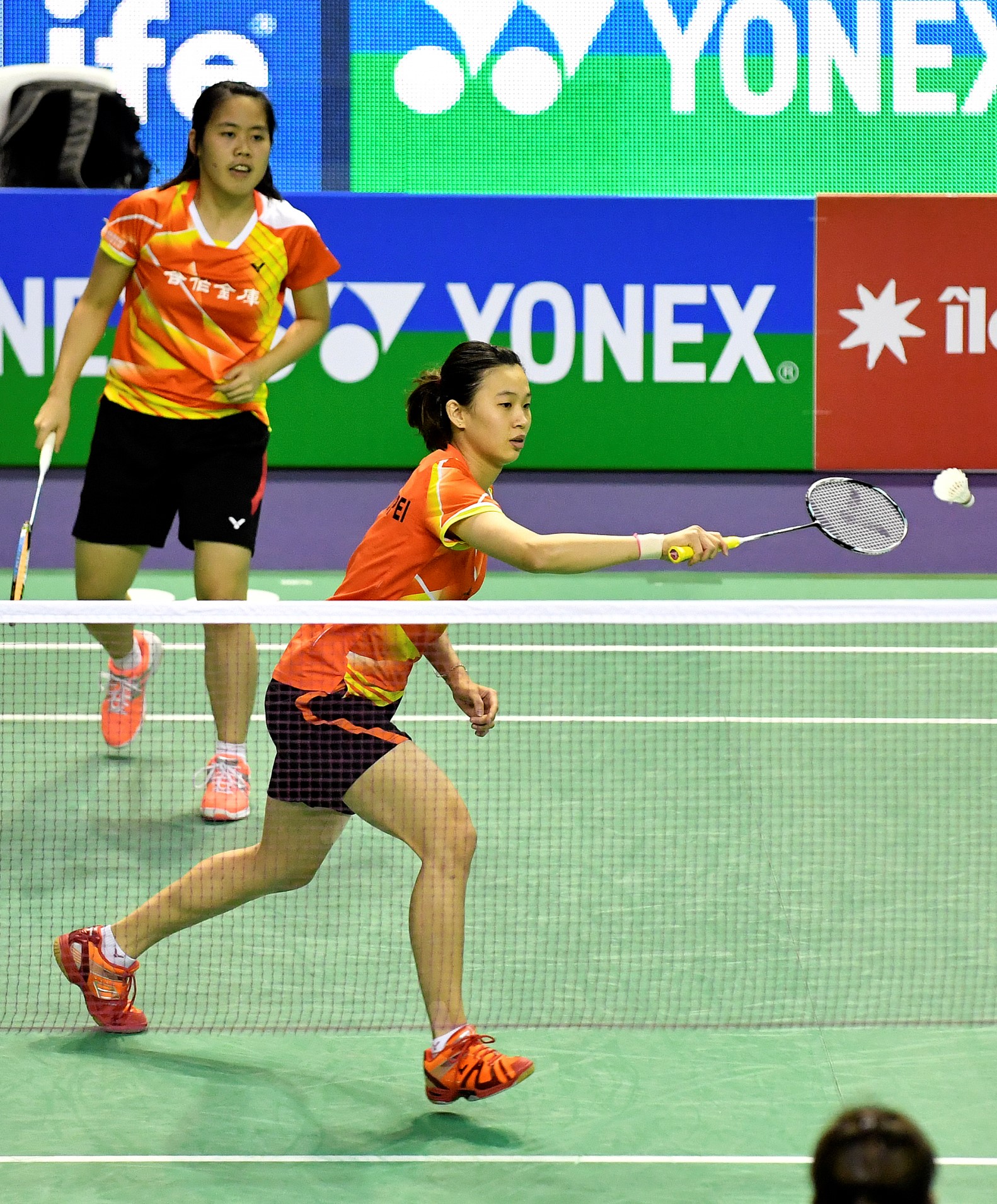