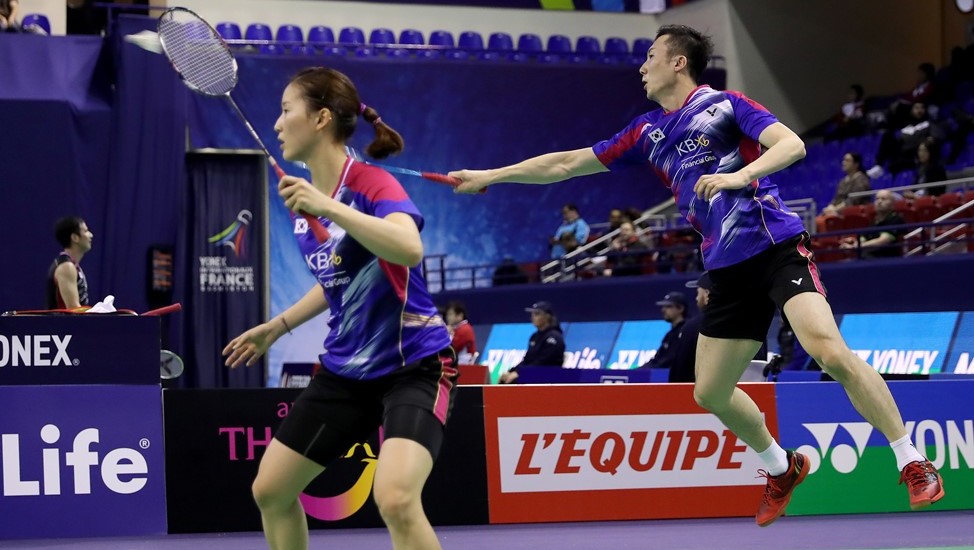 The Mixed Doubles event at the Yonex French Open 2016 started in shocking fashion tonight, with the loss of two seeded pairs who are in the race for the Dubai World Superseries Finals.

Among those headlining the night session at Stade Pierre de Coubertin in Paris, Chris and Gabby Adcock’s stay in the City of Lights was short-lived as they perished to Yoo Yeon Seong/Chang Ye Na (featured image) in straight games. Buoyed by their semi-final run in Denmark last week, the English couple had high hopes for another good outing but, unable to impose themselves on their Korean opponents, they perished 21-18 21-16.

Semi-finalists at this event last season, the No.5 seeds will be disappointed not to have reached at least that far, and it’s left to be seen where that puts the defending Dubai champions in their quest to have a shot at retaining the prestigious year-end title.

As their ambitions were plummeting so were those of the No.6 seeds, Lu Kai and Huang Yaqiong on a neighbouring court. The Chinese, already winners on the MetLife BWF World Superseries tour in India and Australia this year, never settled against the lively combination of Kenta Kazuno/Ayane Kurihara; currently fifth on the Destination Dubai Rankings. 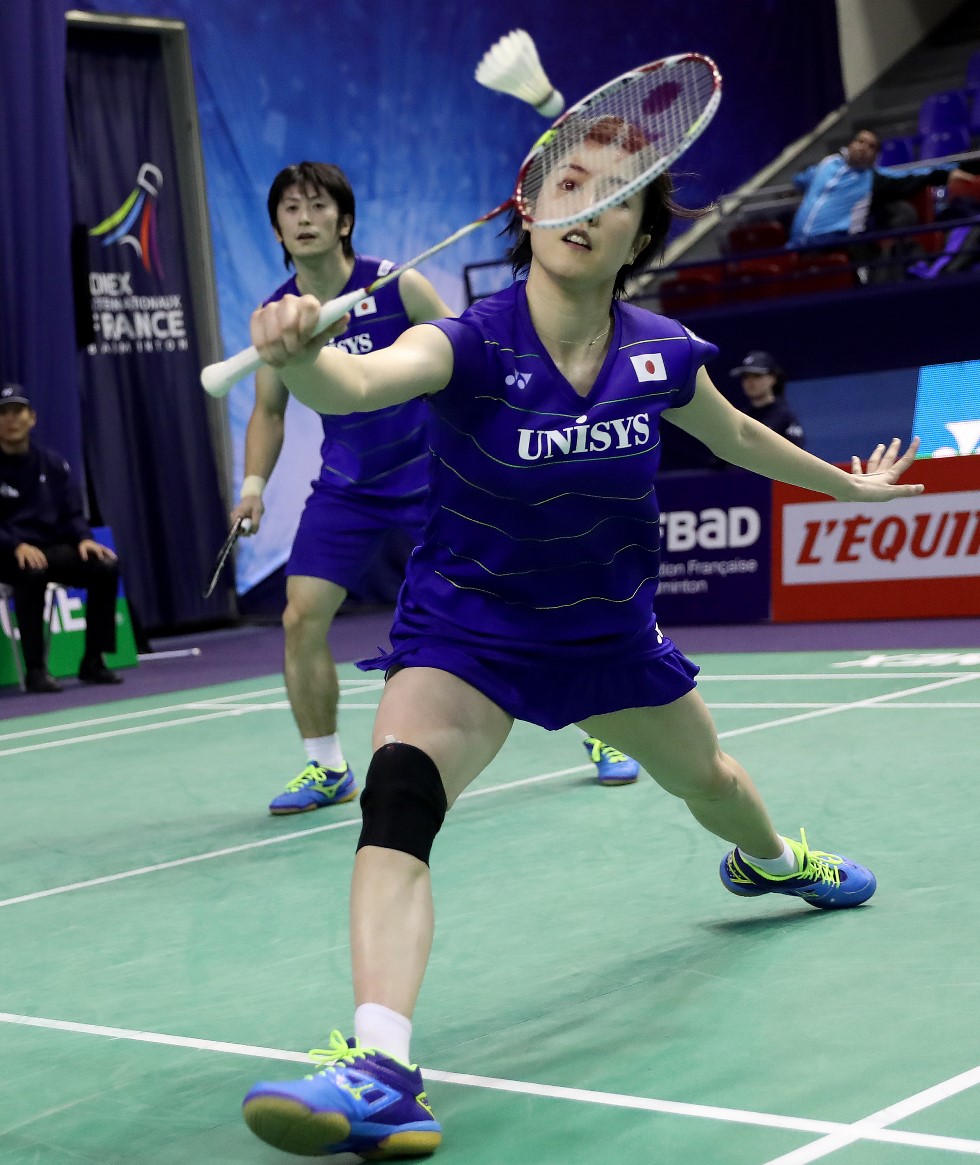 Under the watchful guidance of their head coach, Park Joo Bong, the Japanese romped away from their rivals, 21-14 21-17, in 40 minutes. Lu/Huang are well positioned at No.2 on the Destination Dubai Rankings so their place in the desert classic is likely not in jeopardy, but they were clearly still frustrated not to have done well again.

Life could have been so different for the Hong Kong partnership had they capitalised on one of the four game points which they had at 20-16 in the first game. However, the Koreans fought back to sweep the next six points and, though Lee/Chau pulled out a tough second game, the world No.1 pair won comfortably in the end (22-20 19-21 21-15).

Meanwhile, Bodin Isara continued his impressive form, rebounding from a game down to oust China’s Wang Yilyu/Huang Dongping. The Thai left-hander and his partner, Savitree Amitrapai, moved into the second round, winning 18-21 21-16 21-16. Isara admitted some tiredness after competing 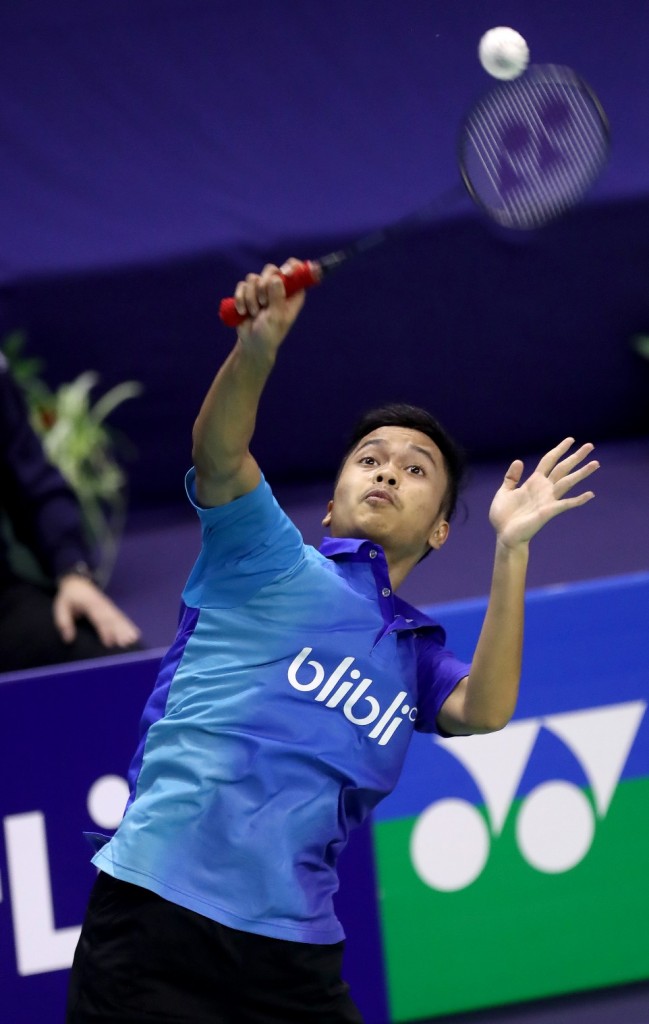 in the Men’s Doubles final (with Nipitphon Phuangphuapet) in Denmark on Sunday while he and Amitrapai extended eventual champions, Joachim Fischer Nielsen/Christinna Pedersen, to three games in 68 minutes in the second round.

Speaking of the latter, they overcame an early wobble versus Matthew Nottingham/Emily Westwood of England to progress 21-19 21-14 as they hunt back-to-back crowns, having won before home fans last Sunday.

In qualifying action, Brazil’s Ygor Coelho de Oliveira suffered untimely cramps and had to withdraw in the third game of his Men’s Singles tussle with Anthony Ginting. The Indonesian admitted he was lucky to escape (21-14 17-21 14-11 retired) as his concentration kept lapsing.

“I don’t know how I got through this match. I wasn’t playing well and, luckily for me, my opponent made some unforced errors,” said Ginting, who faces India’s Ajay Jayaram in the opening round tomorrow.

Other qualifiers are as follows: 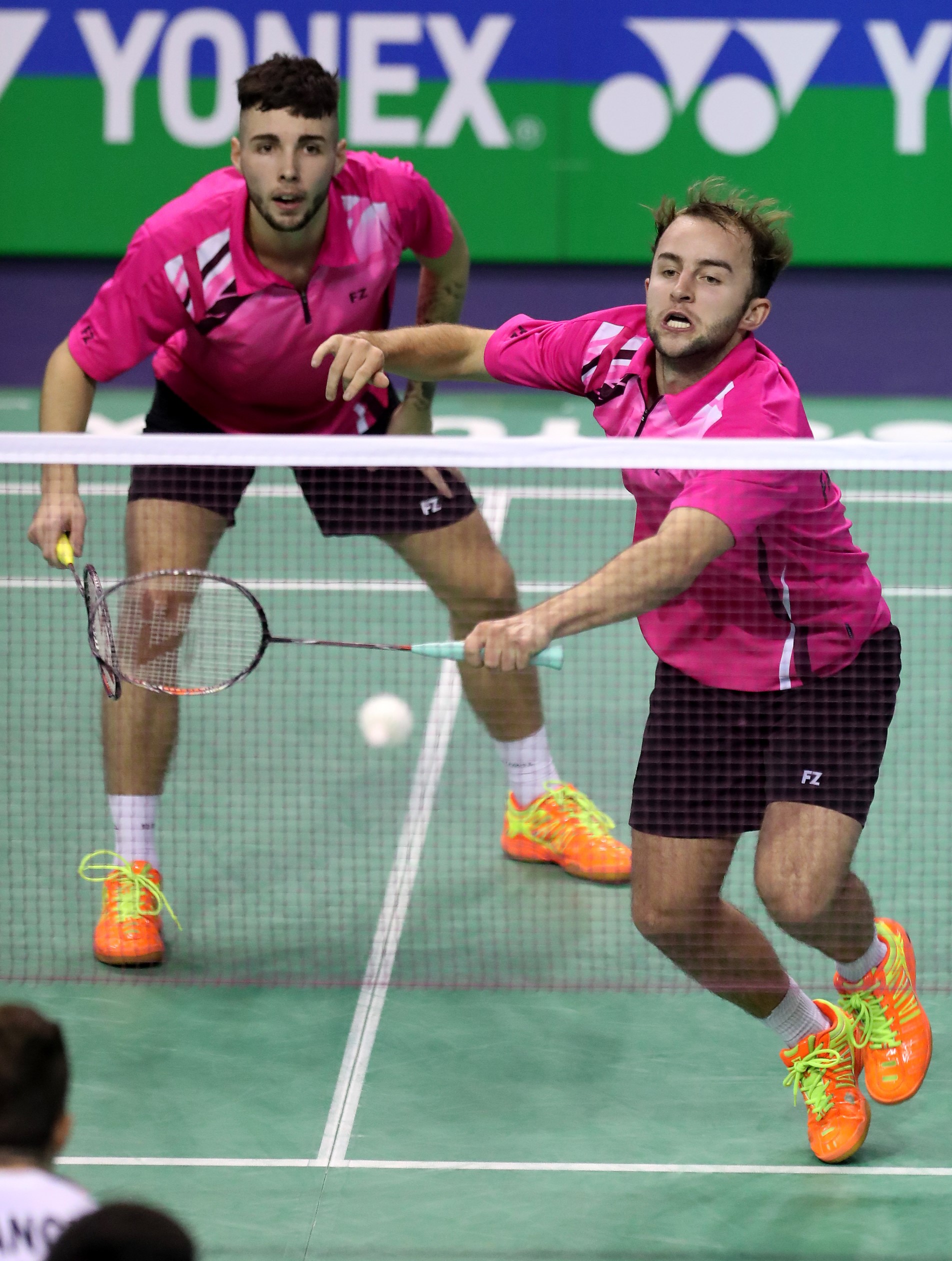 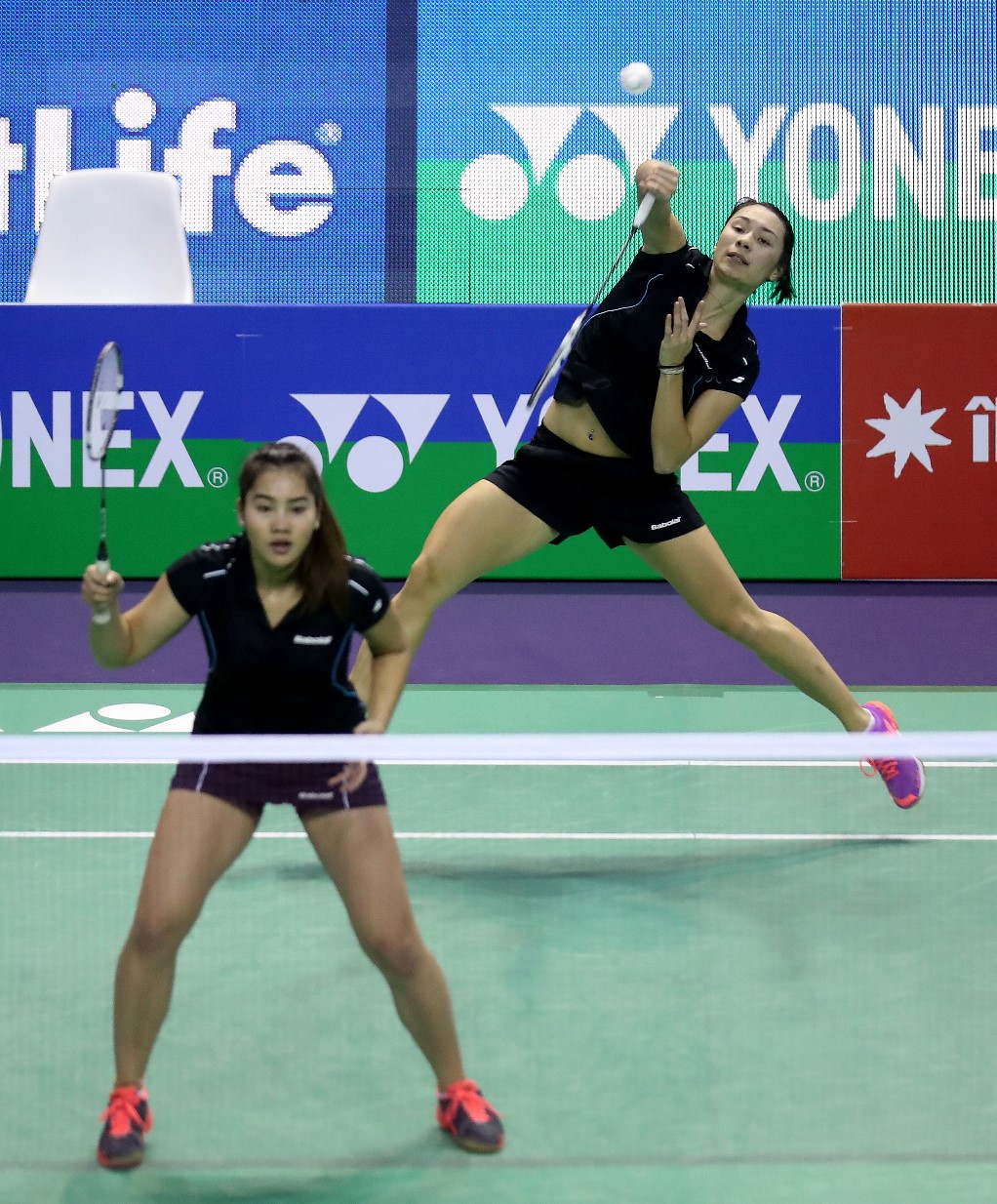