Tanongsak Saensomboonsuk today finally fulfilled the potential which he has previously shown in snatches, authoritatively wresting the Yonex Denmark Open 2016 title – and touchingly dedicating it to Thailand’s late king.

Playing without a coach and having been out of the national team for four years, the unpredictable Men’s Singles athlete nullified the challenge of Son Wan Ho with a torrent heavy smashes blended with some deft touches at net and in mid-court that earned the repeated admiration of a packed Odense Sports Park.

When the end came – 21-13 23-21 in 55 minutes – it was another thunderbolt, unleashed with the full force of his left shoulder, that his Korean rival failed to negotiate. As the shuttle cannoned wide from Son, the easy-going Saensomboonsuk sprawled backwards onto the court and joyously flung his racket into the air.

This moment had been 11 years in the making – and how he enjoyed it!

Fans rose to their feet in appreciation of a worthy winner and of the enthralling battle that ensued in the latter stage of the second game when Son fought back from deficits of 11-5 and 14-9 as his Thai opponent bore down on the finish line. From 15-15, the scores were level on five occasions but Saensomboonsuk would not be denied.

He needed to get this done today – his country needed it. 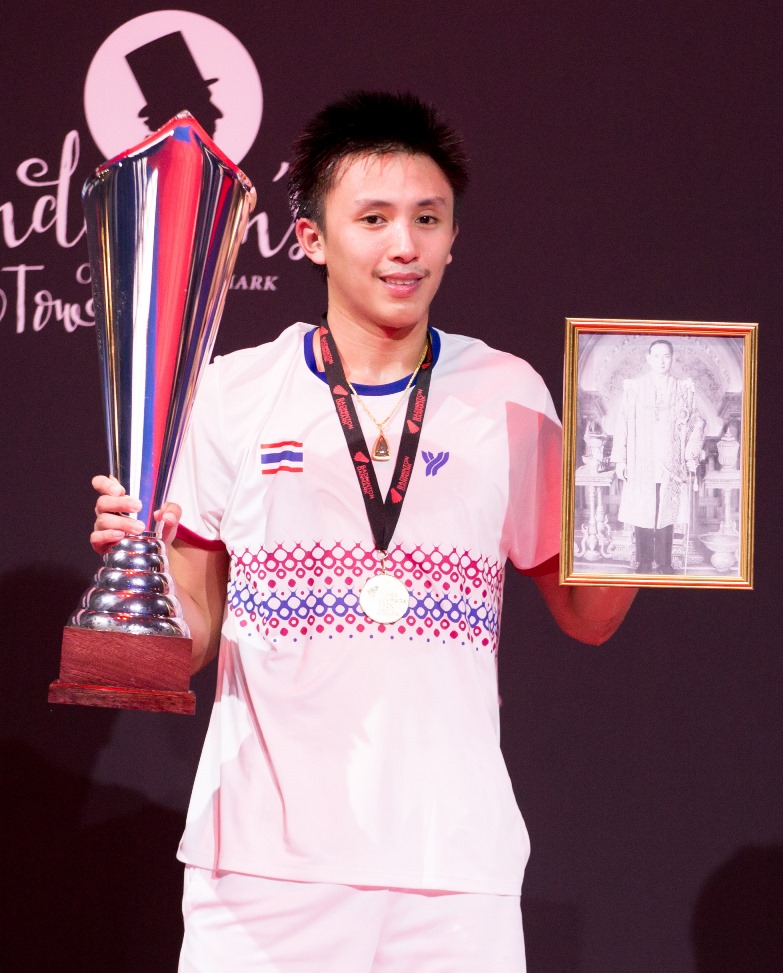 Back home, more than 67 million people have been mourning the loss of their beloved monarch, His Majesty King Bhumibol Adulyadej who loved badminton and was a great patron of the sport. His death on 13 October – coincidentally Saensomboonsuk’s 26th birthday – has shattered Thailand and all this badminton-playing son of the soil could think was to give his best in tribute to his king.

“I have been playing internationally 11 years and I am so happy today…so happy I can give this gift for my king,” he said, holding a photo of the late king aloft.

“I have been training harder and trying to stay focused longer on court. I am surprised to win. It was a tough match. I hope I can play like this more often.”

Asked about his precise and scorching smashes that rocketed past Son, the champion smiled and replied: “That’s my way – attack, attack.”

His performance was applauded by the man he defeated, with Son citing his inability to counter Saensomboonsuk’s early offensive inroads as a critical deficiency.

“I should have played more attacking in the first game,” lamented the 28-year-old runner-up. 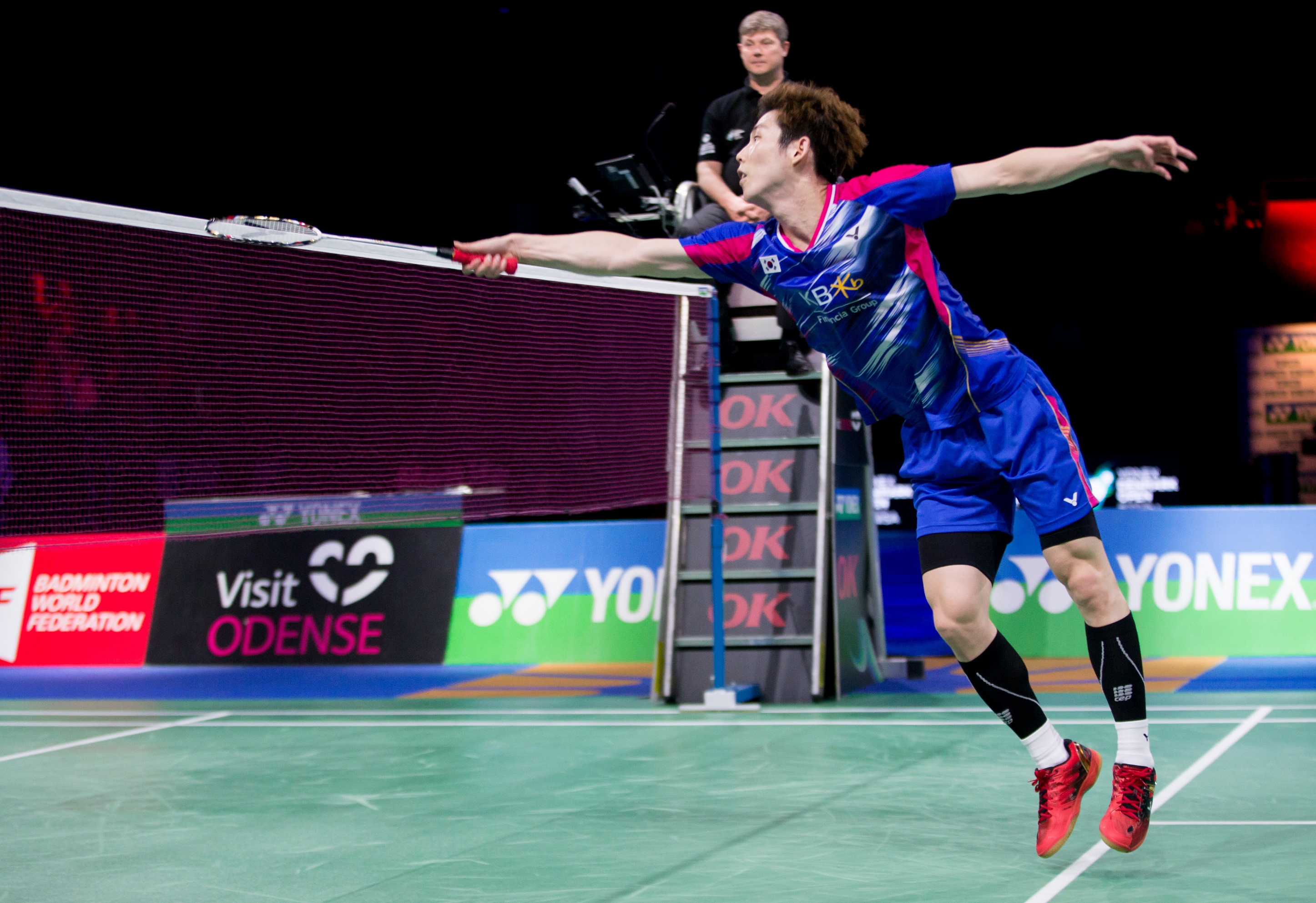 Following her 82-minute semi-final to upset top seed Carolina Marin, the young Japanese returned to tackle Tai Tzu Ying for the big prize. Despite dropping the opening game, she calmly set about her task to carve out a 19-21 21-14 21-12 result. Having won last month’s Victor Korea Open and reached the semi-finals in Japan, the 19-year-old has led the post-Olympics proceedings in her category – and she is keen for even more success. 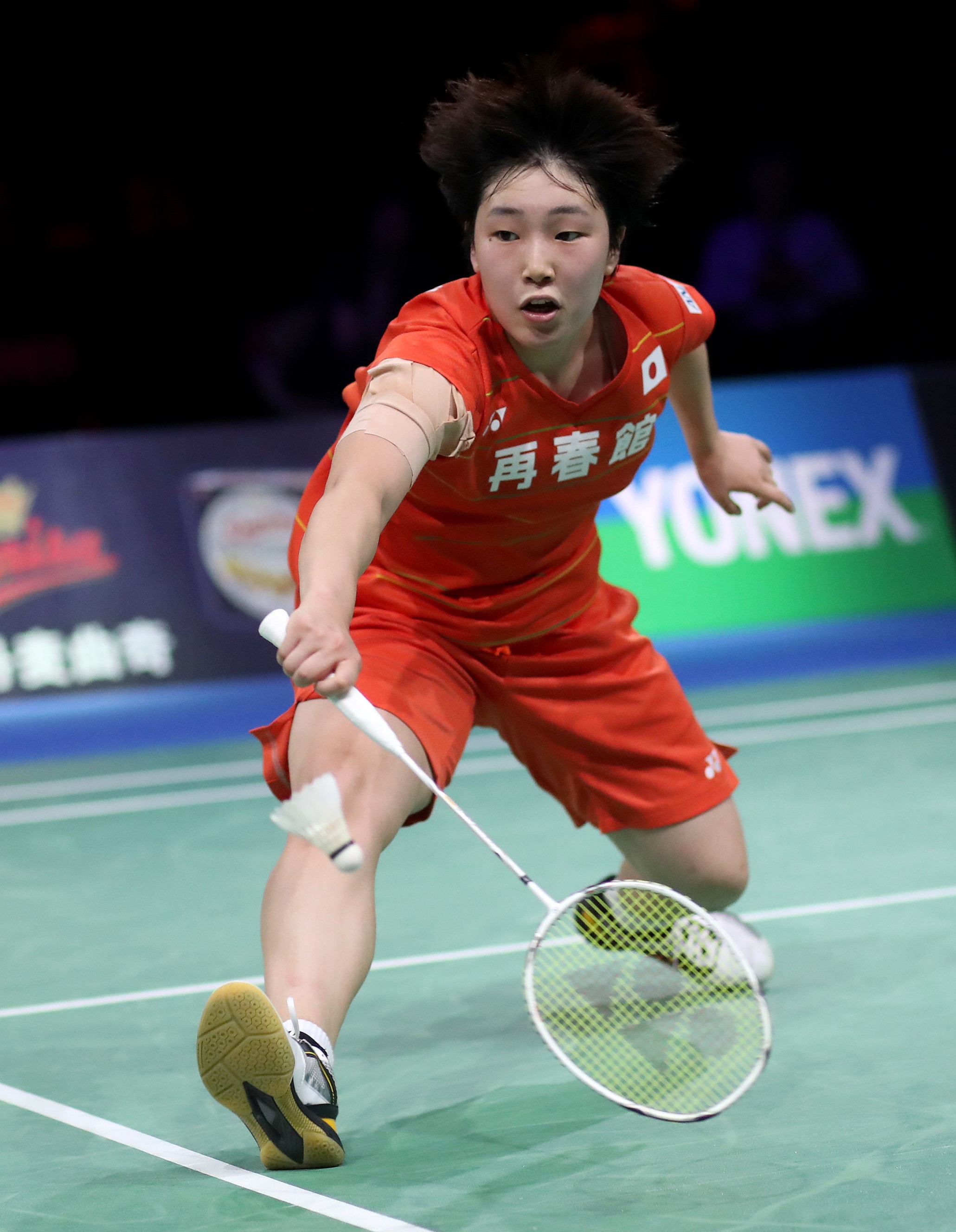 “There are players who are higher than me in the rankings and more experienced than me, I want to improve and keep getting good results and move up the rankings,” said the two-time World Junior champion.

“There are three World Superseries left this season, I hope I can do well in those also and qualify for the Finals in Dubai.”

While disappointed to lose, 22-year-old Tai credited Yamaguchi for “moving well” on court and forcing her (Tai) into errors.

“I made a lot of mistakes from the second game and that was disappointing, how my game dropped.” 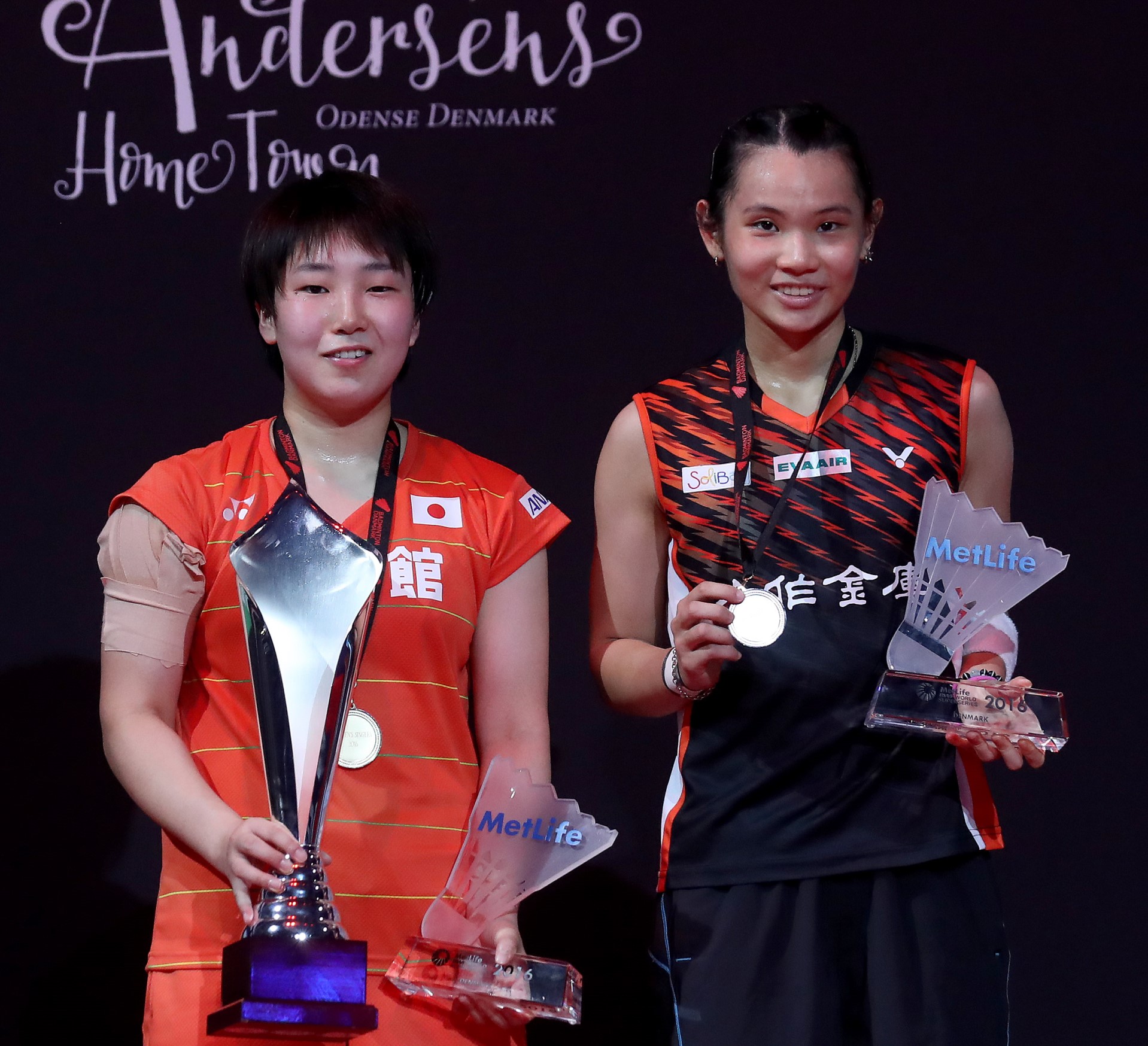