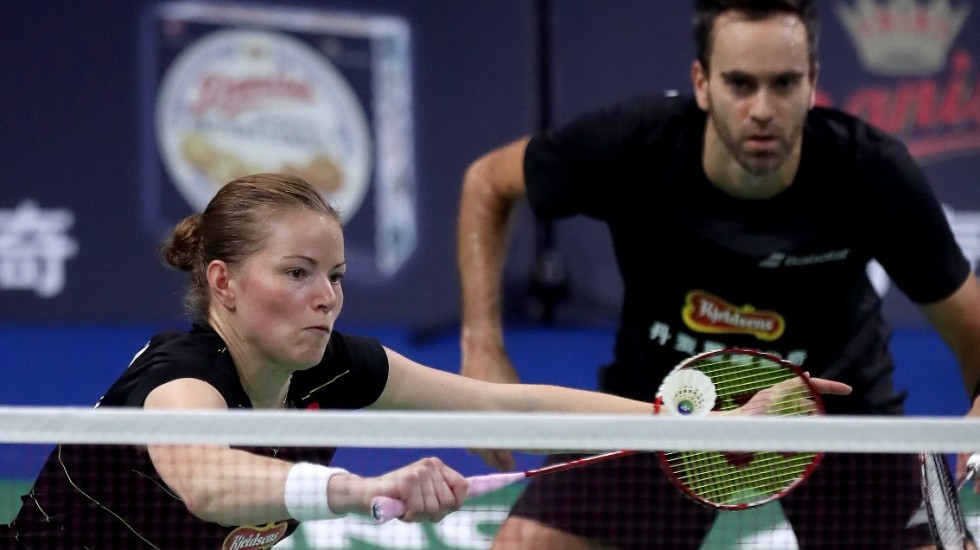 Five years after their last title at home, it was the tried-and-tested combination of Joachim Fischer Nielsen and Christinna Pedersen who delivered glory for their country at the Yonex Denmark Open 2016 today.

In a showdown pitting youth versus experience, the long-standing partnership triumphed 21-16 22-20 over China’s feisty newcomers, Zheng Siwei and Chen Qingchen; ending Denmark’s five-year desperation for a title at its own tournament. The victory was the fourth for the winners on home turf and their 13th overall.

The match started and concluded on Fischer Nielsen’s racket and in between those shots – a massive smash and the winning kill at net – he flung himself around the court like a man on a mission, refusing to accept any other outcome but the one scripted in his mind. Having asserted themselves early to snatch the first game, the Danes found the going tougher in the second game as the teen tandem fought to get on even terms.

At 20-18 up, it looked like China were determined to carry their opponents to a decider but, in the blink of an eye, the Danes pulled level. Pressure and inexperience told on the World Junior champions as Chen in particular faltered at critical junctures, including a shot beyond the courts that brought up match point. Seconds later, it was all over – Fischer Nielsen’s lethal left arm snapping down for the winning shot. 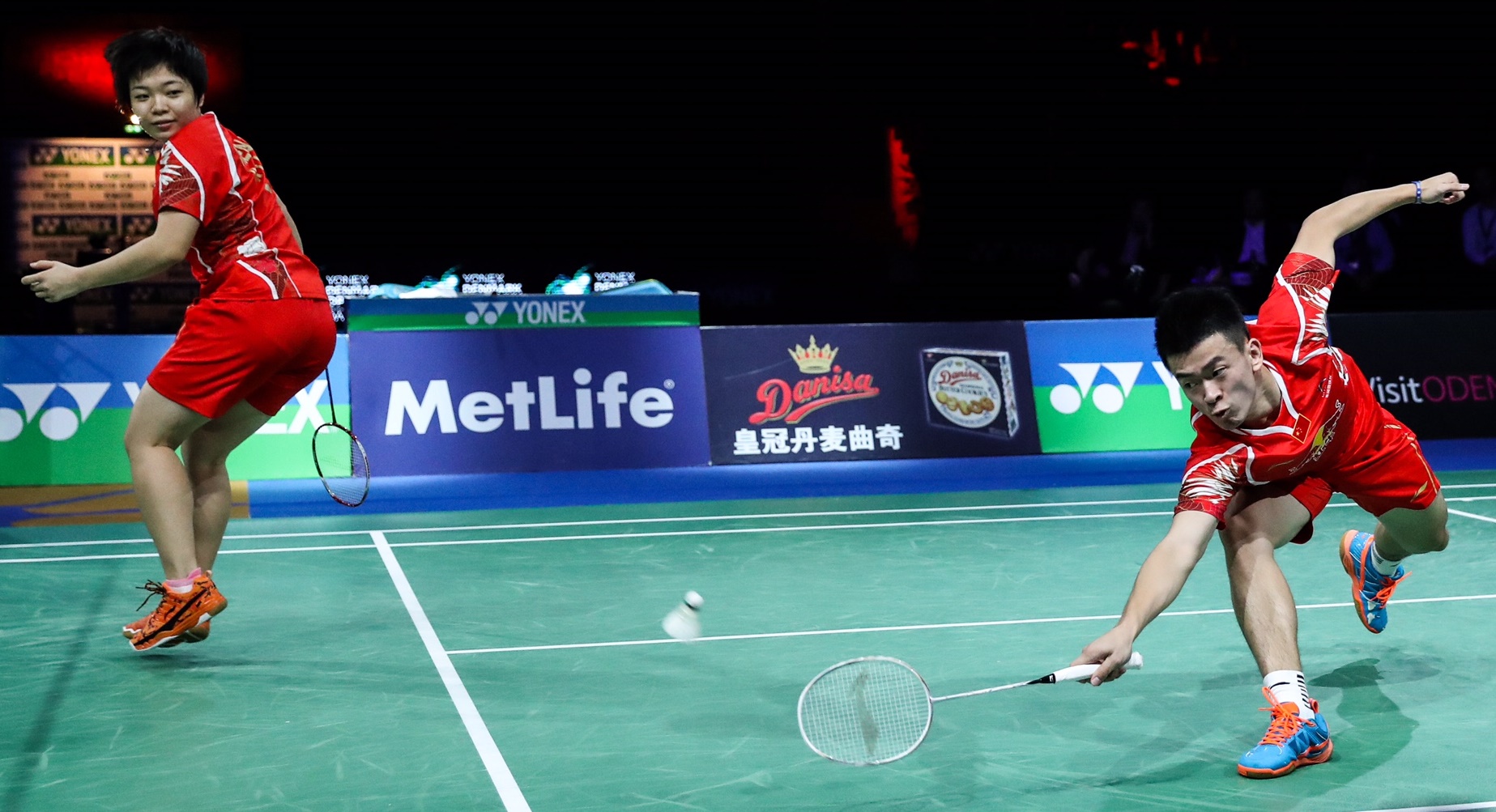 “This means so much to us. We have not been winning as much as we want to. We have big expectations. We want to win all the time and the competition is very tough. People have been fast to write us off but we’ve shown them we can play at this level,” said Fischer Nielsen.

“When we have 2,000 people cheering for us, we want to deliver. We play for ourselves but for the fans who come here also. We are proud that we won and we will celebrate but we also look forward to other tournaments.”

Pedersen was equally emotional declaring it was a “special feeling to be on top and win titles, particularly at home”. 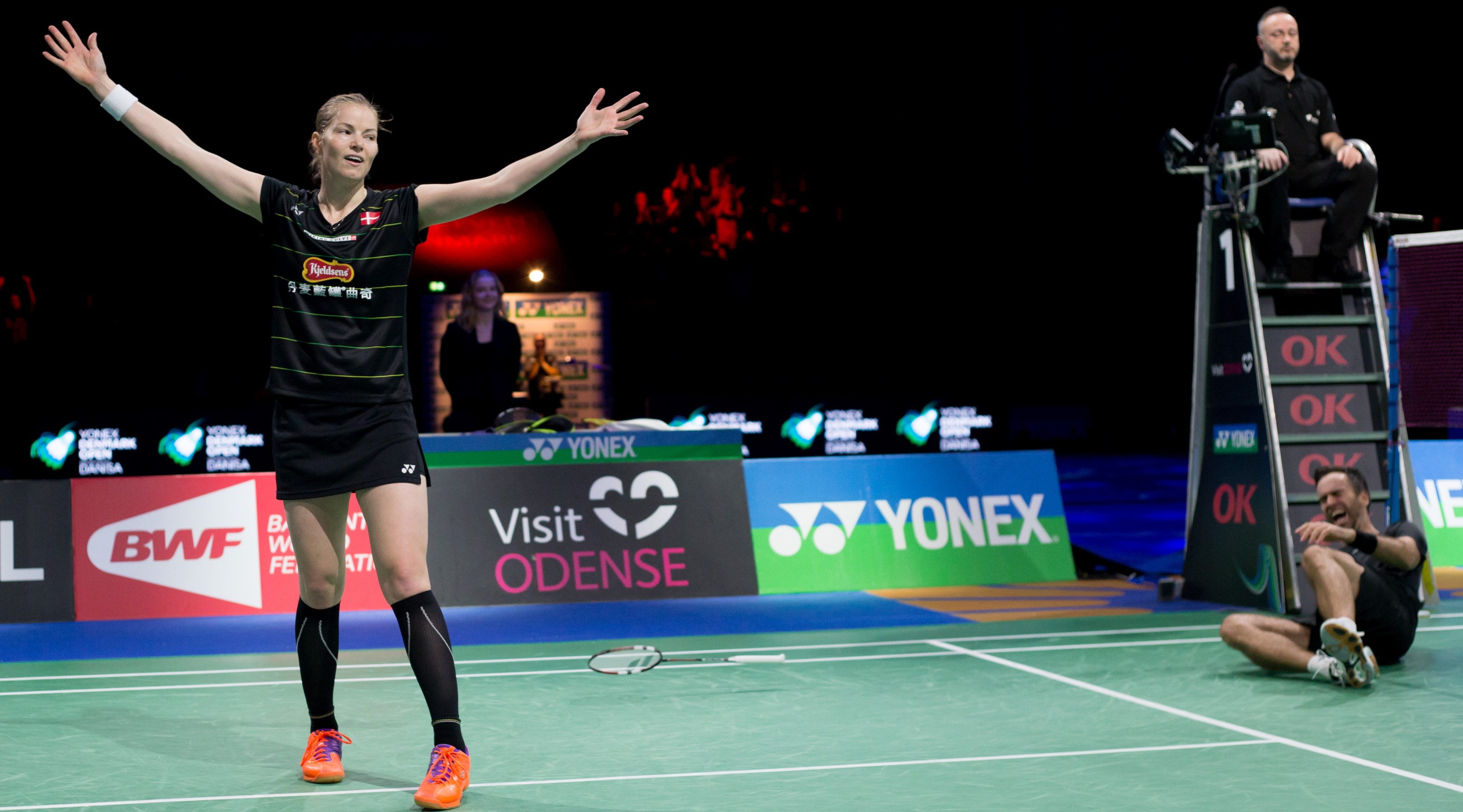 “It is super cool to play here and to show we are still at world-class level,” she noted, complimenting their young opponents.

“We have great respect for them. We have seen them play and seen how fast and strong they can play. So our preparation was very important today.”

Fischer Nielsen, who turns 38 next month, described 19-year-old Zheng as “moving like a tornado on court”.

The Chinese were equally in awe of their Danish conquerors, acknowledging the latter’s many years of experience was a priceless asset when game two got tight.

The Men’s Doubles pair were in trouble against Thailand dynamos, Bodin Isara and Nipitphon Phuangphuapet, who have surprised and impressed at this event. Having lost the first game, the Olympic silver medallists led the second game 15-11 only for their opponents to grab seven unanswered points before progressing to 20-19. 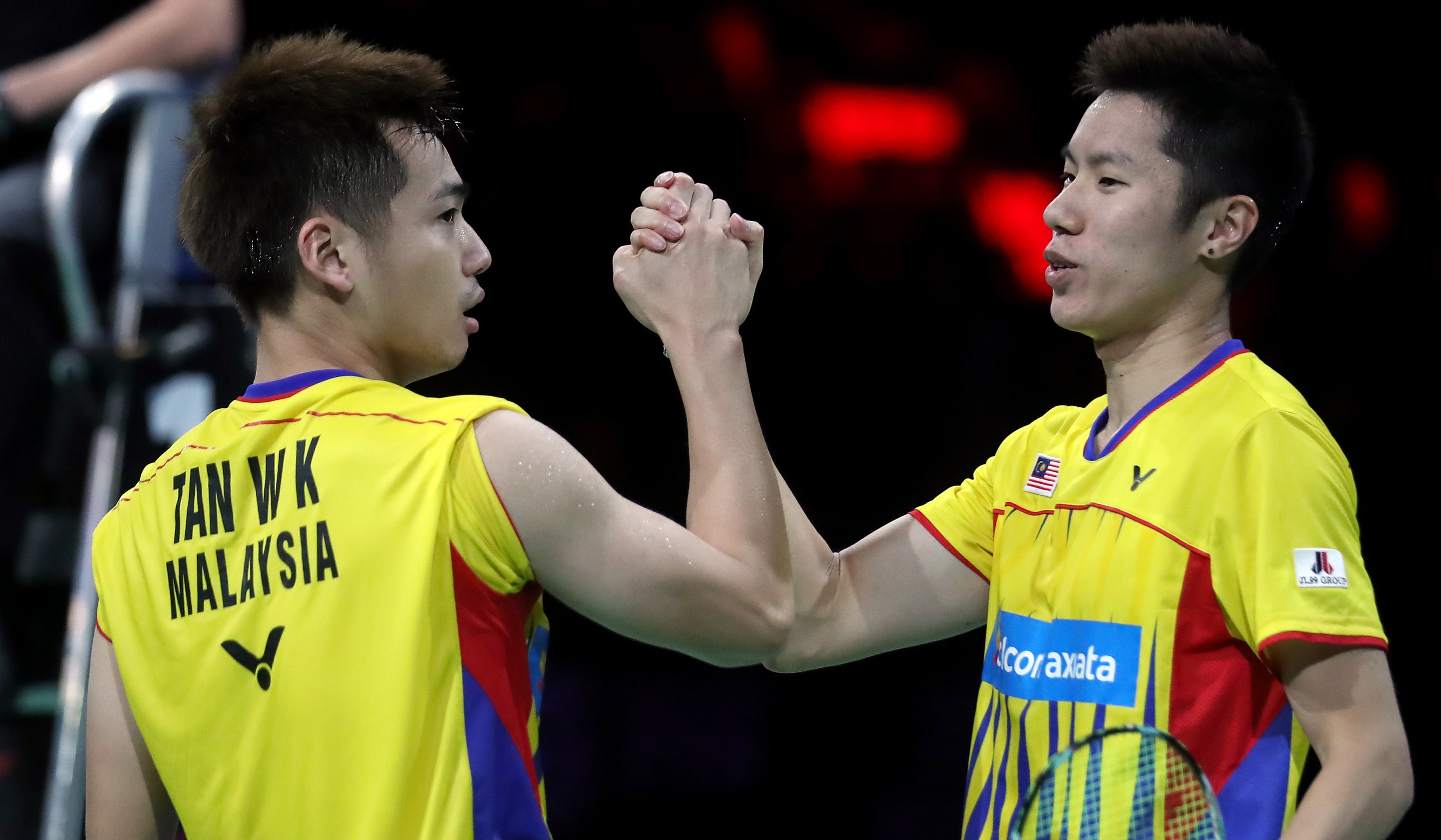 On the verge of victory though, Bodin was called for a service fault to lock the scores 20-20. The Malaysians eked out the next two points to force a decider. That was also a close tussle but Goh and Tan ultimately prevailed 14-21 22-20 21-19.

“We made some errors and they got a good lead. It was hard to get back into the first game. In the second game, when we were match point down, we kept positive,” said Tan, revealing they are eyeing the world No.1 status in the future.

The runners-up were disappointed to have lost focus on match point – “We were too excited,” they conceded – but vowed to continue making strides as they did in the past week.

Misaki Matsutomo and Ayaka Takahashi had unfinished business with Jung Kyung Eun and Shin Seung Chan since the latter knocked them out of last season’s Denmark Open in the second round.

Payback took 68 minutes to come today but it was sweet when it arrived as Jung netted the last shot of the Women’s Doubles final, giving the crown to Olympic champions, 19-21 21-14 21-12. 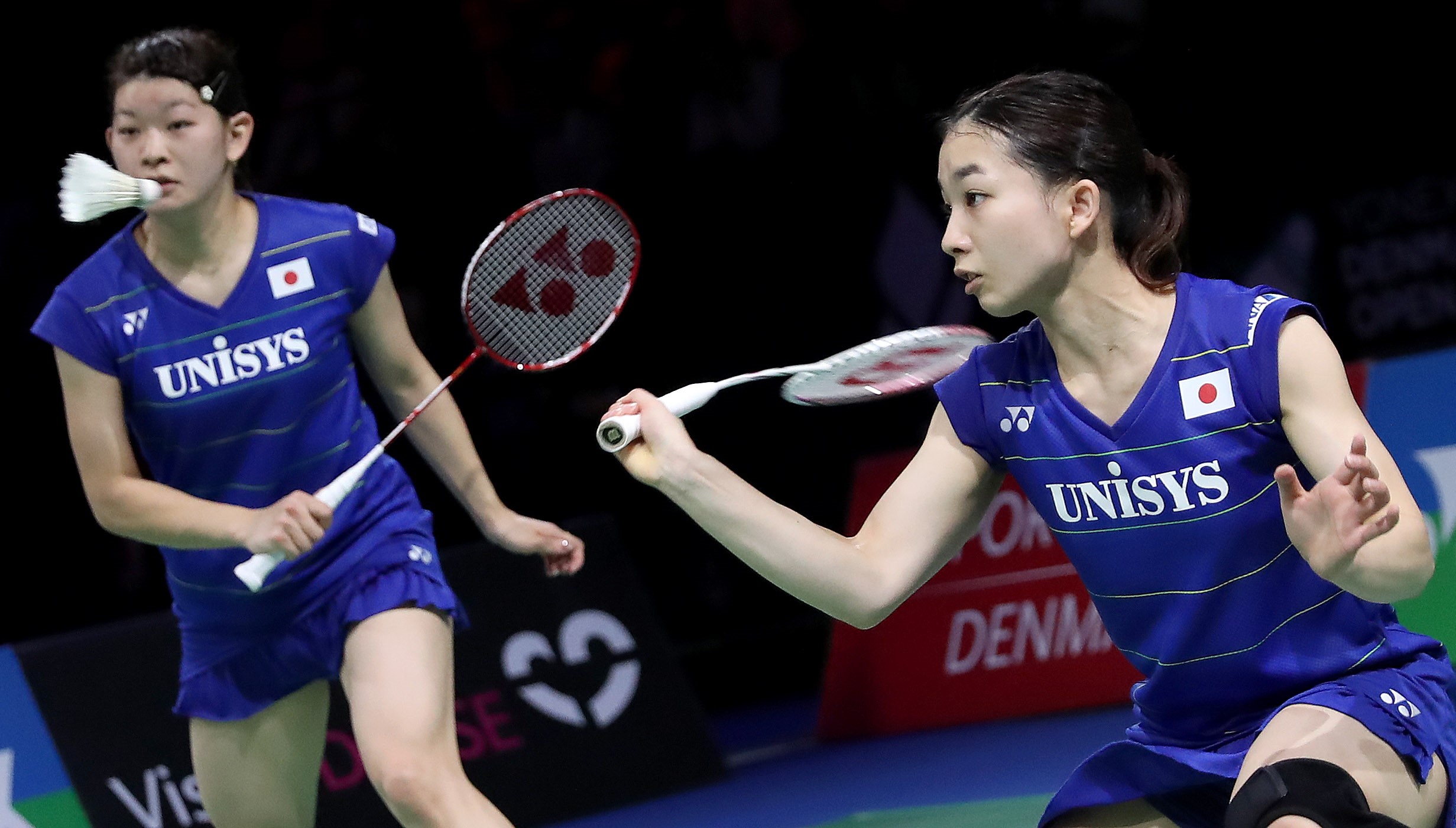 A topsy-turvy match saw the Japanese surge to an 11-2 lead in the first game, only to be reeled in by the title-holders. However, the Matsutomo-Takahashi express sped through the second game to even matters, before taking control of the decider from 7-7 and accelerating to the finish.

“It’s great to get another title, one we have not had before – and of course to beat the pair that beat us last year,” said Takahashi.